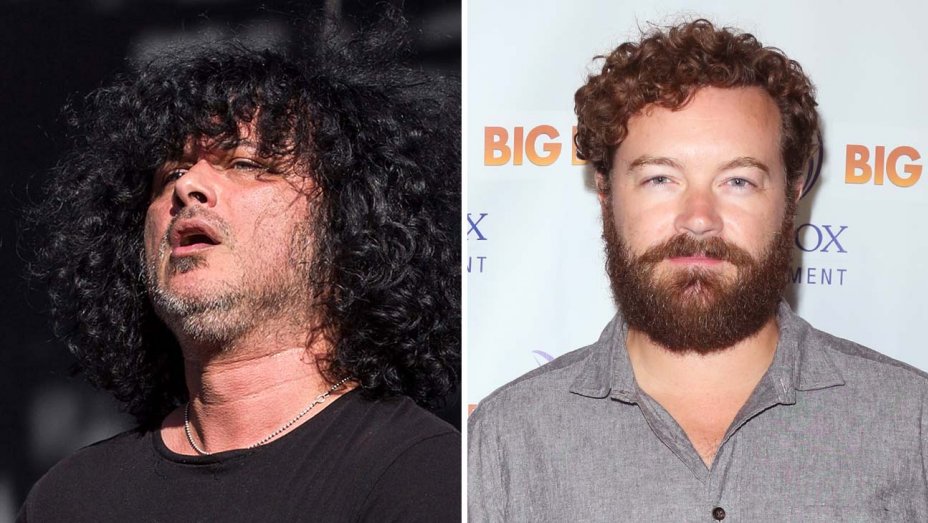 Cedric Bixler-Zavala and his wife, Chrissie Carnell Bixler — who alleges the 'That '70s Show' star sexually assaulted her — claimed that Scientologists protecting the actor poisoned their pet.

Danny Masterson and the Church of Scientology have been accused of poisoning the dogs of Mars Volta and At the Drive-In singer Cedric Bixler-Zavala and his wife, actress Chrissie Carnell Bixler — the actress is one of several women who has accused the That '70s Show star of sexual assault.

In a series of Instagram posts from both Carnell Bixler and Bixler-Zavala, the pair alleged that their dog ingested poisoned meat tossed into their yard by Church of Scientology members. "I'm at the vet dealing with another hurt animal. This is what I've been finding in my front and backyard. This is what Scientology does when you speak about the predators they protect," Bixler-Zavala wrote in one post.

He added in a follow-up post: "We had to put her down today. This was the result of eating rat poison rolled up in raw meat. … This is the 2nd dog we've had to put down due to the harassment from private investigators and Scientologists. This only makes us stronger. My boys named her biscuit. They still don't understand what's happening. We said goodbye to her and let her go peacefully."

Carnell Bixler and Bixler-Zavala are currently taking legal action against Masterson and the Church of Scientology.

The couple, along with Marie Riales and two Jane Does, filed their lawsuit against Masterson and the Church of Scientology in August claiming stalking, invasion of privacy and intentional infliction of emotional distress. In response, Masterson told The Hollywood Reporter that the suit was "beyond ridiculous" and that the "public will finally be able [to] learn the truth." He added that he'd sue his ex-girlfriend and others for dragging him into a mess that has tarnished his reputation.

Masterson was fired from the Netflix series The Ranch and dropped by UTA in 2017 after the LAPD confirmed it was investigating sexual assault allegations from multiple women. At the time, he denied the allegations and asserted that any sexual encounters were consensual.

The Church told The Hollywood Reporter in a statement, "These claims are completely false and insane. The Bixlers have fabricated the most outrageous lies and are now using Instagram as a channel for their latest hallucinatory publicity stunt"

That is so sad. I might literally kill someone for intentionally hurting one of my fur babies.

Lawsuits in the framp they hesitate / Step outside and poison the yard / What tetrahedron solemnly, foldingly, wittingly, said the Mas-ter-son

What a world we live in, man.

I would kill someone if they hurt my animals like that. Absolutely evil people.
Last edited: Jan 25, 2020
S

Is the 70s guy her ex-boyfriend? I google her and all pictures are with him.

This is the second of their dogs to be poisoned

I'd get some indoor cats next.

That's terrible.
You must log in or register to reply here.