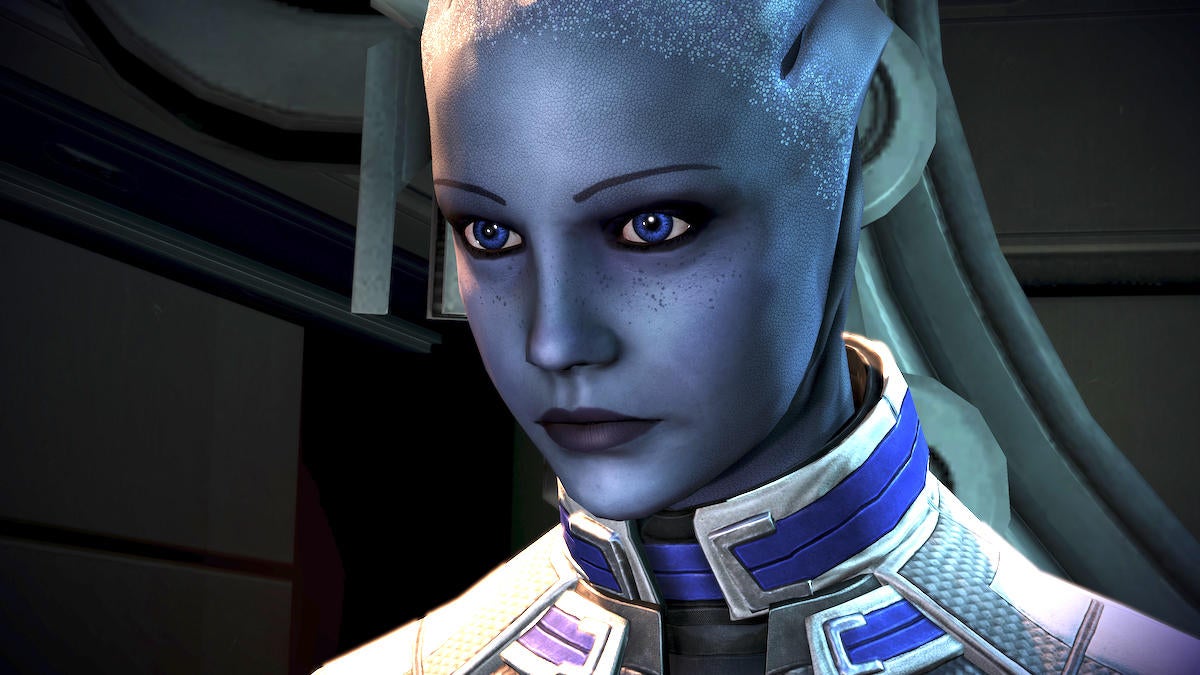 Mass Effect 3 has one of the most controversial endings in video game history. That said, the [...]

During a recent interview former BioWare animation director Dave Wilkinson revealed that the game's ending wasn't the original ending of the game. It was similar, but not the same, and it featured a character Wilkinson refers to as the Queen Reaper.

"At that point, Shepard was so augmented with like electronic bits and all the rest of this s**t," said Wilkinson while explaining that Shepard would have plugged himself or herself into the Citadel. "Within a virtual world he has a conversation with what was described as a god of the Reapers. I think it was a queen? And he had this conversation with the queen, and the queen basically said, 'the way the Reapers keep going, this isn't sustainable, blah blah blah blah blah blah, we have to evolve, but we're incapable of evolution because of the limitations of our AI and stuff like that.'"

Wilkinson continued by noting that the Reaper Queen's motivation led to her being imprisoned by other Reapers who feared her ideas would contaminate the rest of the AI species and thwart their mission design.

"So, then the conversation was really like her going, 'This is the chance to evolve everything, we can move everything forward,'" said Wilkinson.

According to Wilkinson, players were still going to be presented with three choices. The Paragon option more or less led to Shepard becoming the king of the reapers and leading them to a better purpose in the galaxy. The Renegade option featured Shepard not working with the Reapers or the Reaper Queen, which led to Shepard ripping himself or herself out of the Citadel, causing a massive explosion that would destroy both Earth and the Reapers, but allow organic life to continue with no interference or influence of the Reapers. And then there would be the Synthesis option, which would see Shepard and the Reaper Queen fuse to become some mix of organic and synthetic life, which would trigger some "space magic" that would lead to the synthesis of organic and synthetic life.

"There was an ending where there was a mom and a daughter, and I had them sitting on a hill, and I shot in with us drifting through stars and the stars get blurry," said Wilkinson.

"Then we would be drifting, and we'd follow them and we'd hear this woman explaining to her daughter how we came to this place, and we reach them and they're like Asaris but they're Asaris who are a little bit different, and she's just telling the story about how Shepard made everything better and saved everybody from the Reapers."
Reactions: M1chl

Much better, even if fanfic.
Reactions: DigitalScars

I don't like the idea of a "boss reaper" that gets imprisoned. The reapers don't seem like the sort of things that would put someone in prison. It would also remove a lot of the mystery of why they act as they do, which is an awesome thing with the reapers, you just don't know much about them.

This and the game-ending both suck donkey kong dick.

Are we sure that this guy worked at Bioware or this is quote from some 12 year old on playground claiming his dad works for Bioware?

Bragr said:
I don't like the idea of a "boss reaper" that gets imprisoned. The reapers don't seem like the sort of things that would put someone in prison. It would also remove a lot of the mystery of why they act as they do, which is an awesome thing with the reapers, you just don't know much about them.

This and the game-ending both suck donkey kong dick.
Click to expand...

They are nearly the same anyway. whatever happened to multiple endings. Guess they lied. 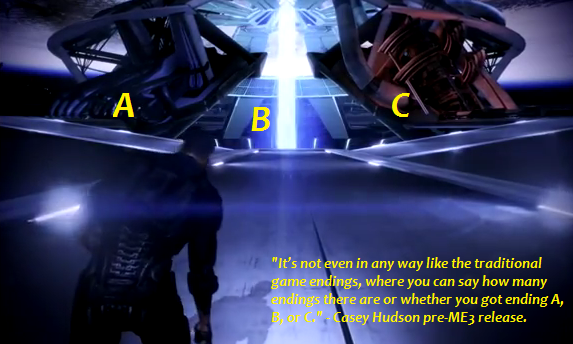 Yeah, this doesn't seem like "the original ending," but more like the beta of the established ending. Like storyboard phase or something. All the same basic concepts make it into the game, hell the "Queen," is basically recycled into Leviathan, except the prison isn't digital and the sentence into exile is a choice.
Reactions: Nico_D

One of Mass Effect's most popular finale mods is now available for the trilogy's Legendary Edition.

This latest version of the so-called Happy Ending Mod adds many of the tweaks from previous iterations into a package which slots neatly into the Legendary Edition of BioWare's space opera trilogy.
Reactions: JayK47

One of Mass Effect's most popular finale mods is now available for the trilogy's Legendary Edition.

This latest version of the so-called Happy Ending Mod adds many of the tweaks from previous iterations into a package which slots neatly into the Legendary Edition of BioWare's space opera trilogy.
Click to expand...

I installed this mod. It requires several other mods to work, like the community patch. It seems to have worked because I just wrapped up the Legendary Edition. Pretty easy install. Impressive how far mods have come. Installing mods used to be a huge pain in the ass.

After seeing the "Happy Ending", I can say that is far surpasses the default ending. It really is the ending that fans deserved and the ending that should have been made from the start. Leave it to fans to do a better job than a developer. Shows you who really cares about the characters and story. The "Happy Ending" does not give you a choice, it just begins the final cut scene right after the encounter with the Illusive Man. It does a great job of wrapping up the story and leaves the series on a high note. Really well done. If I ever play again, this is a mandatory mod for me.

Better than the blue, green, or red ending.
Reactions: chromhound

Mass Effect was mismanaged since 2, the first one was the only good one.
Reactions: Hadoukie, Camreezie and NoPiece

Mass effect 3 should have had a completely new cast. Trying to incorporate 3 games of choices into a coherent narrative was bound to fail and it did. Either that or more characters in 2 should have had plot armor. That said Mass effect 1 and 2 remain two of my favorite RPG’s of all time. Those games were from a company that cared about storytelling and not about setting an agenda, those days are long gone and so is that company.

Warablo said:
Better than the blue, green, or red ending.
Click to expand...

Actually read it. There's still the same A, B, C choice, even with the same names.

Honestly I think the idea of a reaper god is dumber than the child ghost a.i.
You must log in or register to reply here.

Apr 6, 2021 started KyoZz
May 9, 2021
kyussman
2 3 4
How Stranger of Paradise Final Fantasy Origin takes Final Fantasy back to its beginnings