Meet the New Faces of Nintendo

You may have been distracted by Nintendo introducing their new video game system, but they also used the event to showcase talent who may form their new leadership team. 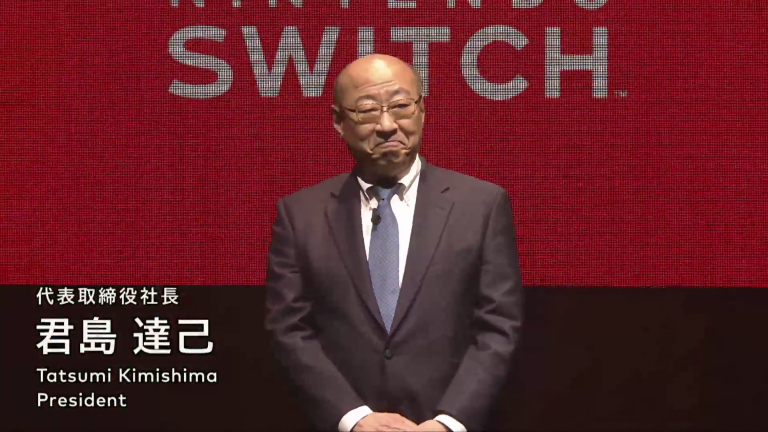 Tatsumi Kimishima, the new president of Nintendo kept it low-key, introducing basic product features before handing off the presentation. He seems to have little interest in replicating Iwata's performances. Perhaps he sees himself more as a steward of the company responsible for grooming leaders from the younger generation including an eventual replacement. 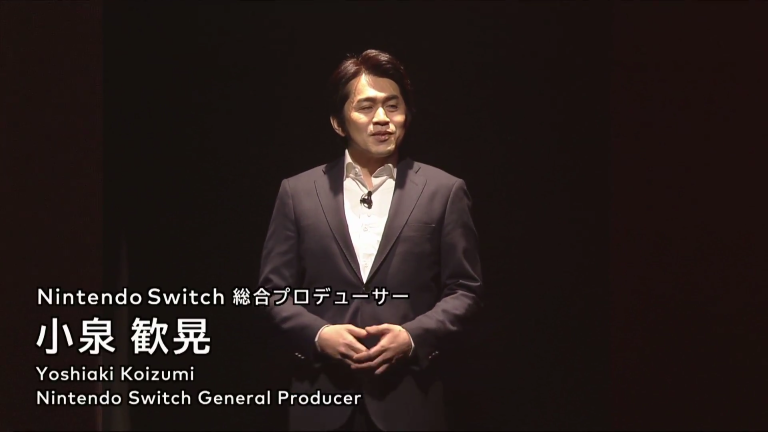 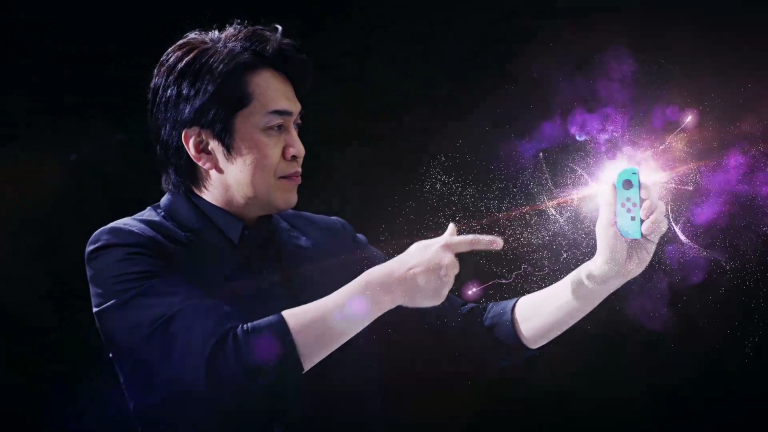 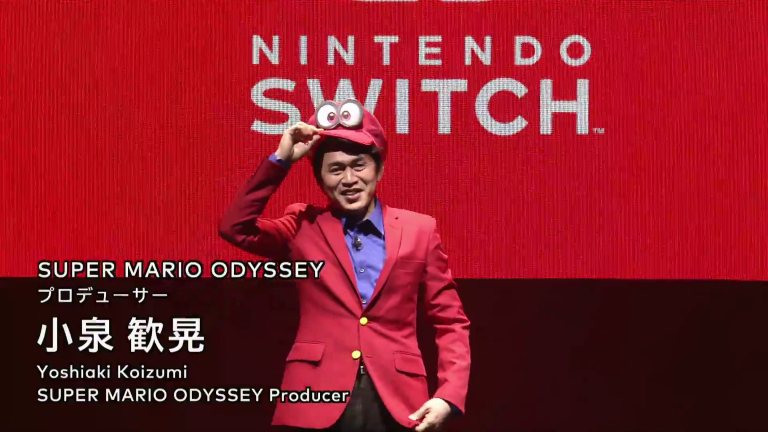 Yoshiaki Koizumi, your MC for the night, was the real star of the show. He has an impressive pedigree, from sneaking backstory into Miyamoto games to directing Donkey Kong Jungle Beat and Super Mario Galaxy. He went on to serve as the head of the Tokyo based Software Development Group 2, responsible for 3D Mario games. He serves as the Deputy General Manager of Nintendo Entertainment Planning & Development, which oversees all Nintendo game development. And of course is now General Manager for the Switch. If this post has some truth to it I have a feeling you're going to like him. 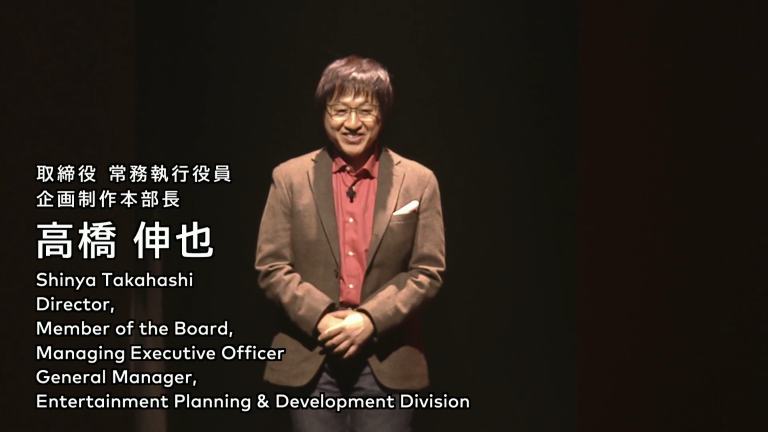 Shinya Takahashi, General Manager for Nintendo Entertainment Planning & Development is the top man in charge of all Nintendo software. Before the restructuring he was head of Nintendo SPD, the division which coordinated Nintendo games made by external development studios and developed system software for Nintendo hardware. 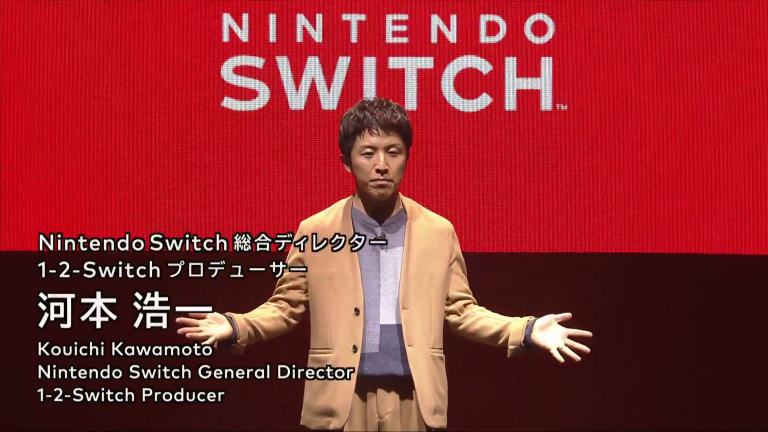 Kouichi Kawamoto has been involved with the WarioWare and Brain Age games. He worked in the Software Development & Design Department which was responsible for UI design on the Wii and DS systems. 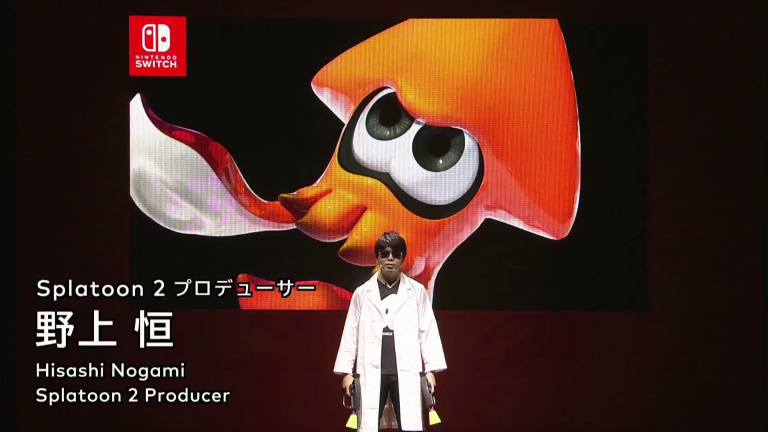 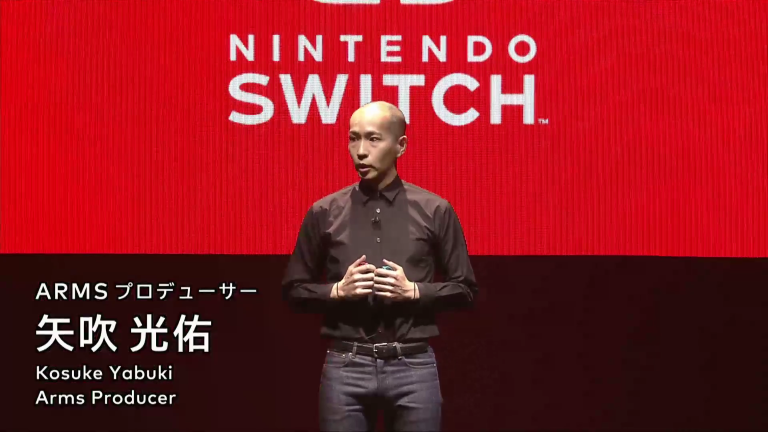 Kosuke Yabuki has been with Nintendo since 2005, and has relatively fewer games credited to him. He served as director for Mario Kart 7 and 8. 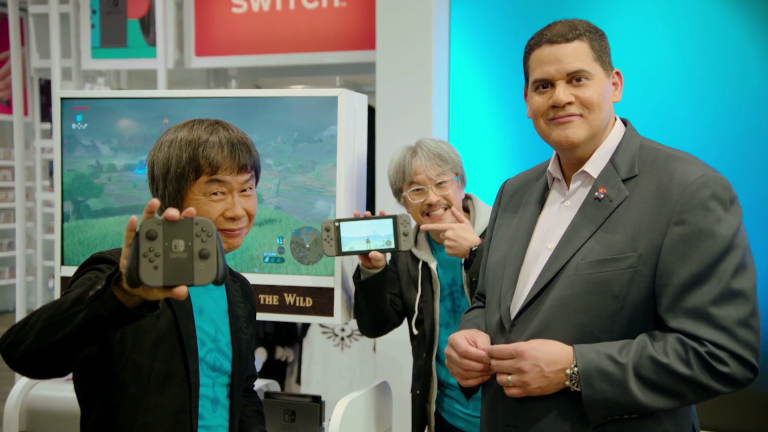 The Old Guard popped in for a quick cameo. They didn't show up on stage or have their names ever appear on screen. 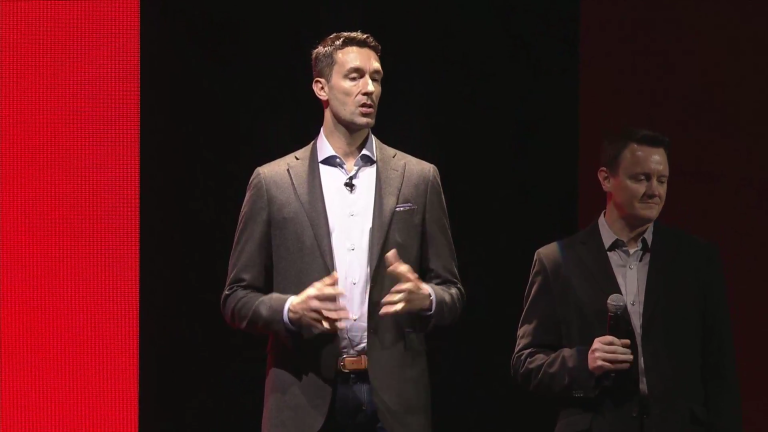 Bill Trinen let the new translators have a go at it. He'll be keeping his job.


What do you think of the new crowd? Nuke from orbit if bad thread.
K

I really want everyone to know how much more Titanfall 2 sold than Nioh. It was a staggering amount.

When people think about "Faces of Sony", It's me

Great to see them putting the next generation first. It was a good move.
T

Koizumi and Nogami are gods.

New faces are "old" faces but new FACES. I found that quite cool, striking and significant. No prominent role for Miyamoto.

Loved that Koizumi got to shine a bit and people finally meeting Takahashi, the new man with Miyamoto's old job so we can move on from "uuugh, Miyamoto meddling with all my gaems!"
T

I already love Nogami. Y'all just couldn't handle how amazing he was when he striked that pose.
R

As long and drawn out as the FIFA bit was, it was surreal seeing Bill do the exact opposite of his usual thing and translated English INTO Japanese, was awesome to witness.
R

The_Joker1721 said:
I already love Nogami. Y'all just couldn't handle how amazing he was when he striked that pose.
Click to expand...

I basically just googled these guys, but I'm sure they've been showing up in Iwata Asks columns for a while. Feel free to share tales of their legends.
O

These dudes aren't new to me, but I'm thrilled to see them in the limelight. I'm confident in Nintendo's future.
R

Really enjoyed seeing Koizumi present today. After reading the post in the OP I like him even more now.

Hope to see more of him and be the goofy face that takes over from Iwata in future directs.
W

That one translator was hilariously bad, Maybe because the guy he was translating wasn't reading off a script, but he was superbad.
S

Koizumi is an amazing guy. Hopefully he sticks around to do more front-end stuff, because he's awesome!
W

I've said it elsewhere but Koizumi seems like a very Nintendo answer to Apple's Jony Ive.

Yeah, I think one of the cool things about the conference is that it showed more who is the fresh leading talent at Nintendo; that it's not just Miyamoto, Aonuma and Reggie holding back the tide of investors who want Nintendo to go full Mobile. It kind of helped the show the depth of their idiosyncratic development culture, especially Koizumi's demonstration of the Joy-Con's capabilities.
M

They need a new translator, not everyone can be Bill, but jeeze, that was without emotion at all
U

Koizumi forever man. What an atmosphere he had a hand in for links awakening! Not to mention galaxy is a knock out of the park.
K

Koizumi is THE man. He should be a main Nintendo face from now on.
C

Nogami is great, he should present more often.

Good move. Shows confidence in the new generation and ensures stability in the company's future
C

Koizumi is one sexy mofo, and does a great job on stage, I can see him being the new young face representing Nintendo
C

Yup, that what stood out to me. Really feel the winds of Change coming.
S

RoombaDance said:
Bill Trinen let the new translators have a go at it. He'll be keeping his job.
Click to expand...

You're not kidding. That one translator was just all spilled spaghetti during the Suda51 segment. Goddamn was that unprofessional.

I almost died of laughter after the intro the dude from Suda51 had.
M

I can only see true happiness in his face. This guy has to be the happiest man in the world.
G

watershed said:
That one translator was hilariously bad, Maybe because the guy he was translating wasn't reading off a script, but he was superbad.
Click to expand...

That was during Suda51's bit, right? I mean, Suda51 is an eccentric dude. I don't speak Japanese, so I just assumed that he was indeed saying lots of unscripted and untranslatable weird Suda51 stuff on stage and the translator just went "WTF???!?? PLZ HELP!!!"

That translator-BSoD was the best bit of the presentation, btw.
S

The impression I got from Koizumi tonight is that he absolutely saw this as his chance to be the new face of a multi-billion dollar international company.
D They look like businessmen that are completely out of touch.

haven't seen any "where are the women?" posts yet, i guess that only applies to western companies?
O

Probably because they are.

How else to explain the Switch launch lineup, 32GB of storage space, pricing of system, games and peripherals?

Koizumi is my man, the 3D marios and galaxies were incredible. He understands what kind if gameplay and polish they need. I am excited to see what he does with Odyssey.

haven't seen any "where are the women?" posts yet, i guess that only applies to western companies?
Click to expand...

The proof is in the pudding.
N

Koizumi sure had style.
I

Koizumi is MVP. If they're smart they'll bring him out more.
G

Who is stepping up regarding BotW? I remember aounuma saying he was taking a more hands off approach. I need to know who to thank for restoring my hopes for my favorite franchise
W

Koizumi is an absolute legend. Favourite guy at Nintendo for years.
S

Before or after Tatsuya Minami?
O

Already running the company into the ground, lol.
B

Koizumi is pretty dope. I thought he was cool up there.
Z

RoombaDance said:
Bill Trinen let the new translators have a go at it. He'll be keeping his job.
Click to expand...

Lost it at this.
M

The squeeky nervous bored teenager translating was not a good choice &#129299;
S

Scum said:
Before or after Tatsuya Minami?
Click to expand...

You gotta admire his forethought on getting out of Platinum before the cancellations.
M

Nice writeup, would have sailed most of our heads otherwise.
You must log in or register to reply here.

Will/should Nintendo join in on the "acquisition spree" of Sony and Microsoft?