Since Mega64 is the internet's oldest, greatest gaming comedy outlet and there seems to be many Internet Soldierz on GAF, it's high time we had a ChristmasCast thread.

I'm not sure if this is better for Gaming or Off-Topic, as it's by a gaming-centric group occasionally featuring some gaming industry people, but mods move it wherever appropriate.

Rocco usually brings normal food to ChristmasCast, but way too much of it. Wearing his iconic Santa Suit stained with the victories of yesteryear, he will proclaim himself King Christmas.
War Cry: "Camera On Me", DragonZord Flute 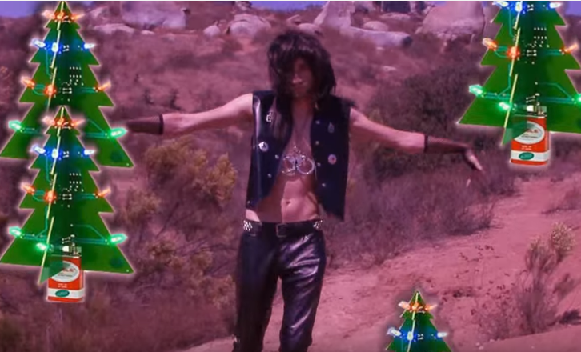 Shawn's paranoia of the other members antics is usually justified as they are known to sabotage his food. The only member to get sloppy drunk on the 'Cast, he might bring baby food, or he may become Bacchus incarnate.
War Cry: "Gotta Be A Dad", "I'm Gonna Be Sick." 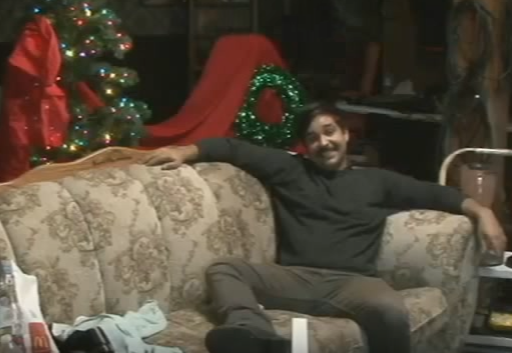 Derrick is the only member smart enough to routinely bring things he actually wants and intends to eat. He usually ends up sitting back and watching everyone else slowly destroy themselves as he wins ChristmasCast through attrition.
War Cry: "RON PAUL", "YATTA!"

Garrett is a wildcard who usually brings things that end up in other people's food, or things that present a danger to his health if he consumes too much of. He is usually the one to escalate the Cast into a peristaltic chain reaction.
War Cry: "Blue Cheese Baby", "This Is A Prank Call"

Kevin brings things that might not even be food. He guarantees that everyone is barfing by the end of the ChristmasCast. God Bless Kevin.
War Cry: "...You gonna eat that?" 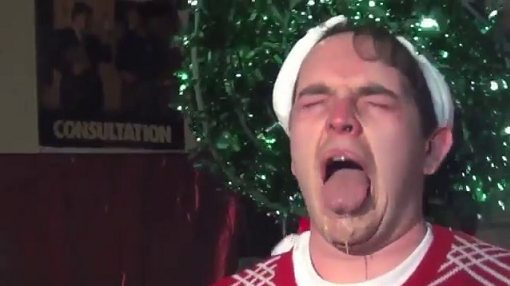 Christmas King 2015 reigning champion, Frank is known for his ongoing Dead or Alive 3 Sex Strike and for his own brand of Christmas mischief.
War Cry: "FUCK NASA"

The resident podcast operator, will Eric be the one to bring home the Christmas King 2016 championship title?
War Cry: "WE DID IT" 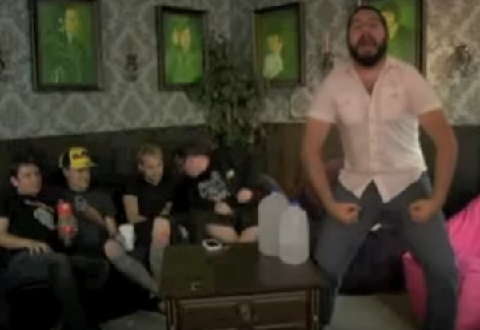 Bryan is also known for bringing huge amounts of food. Will he find a way to outdo the year wherein he brought and consumed a dangerous amount of honey?
War Cry: "...BAAAAAH! GET YOKED!"

Rocco 'I think I'm going to barge it' Botte
D

The most wonderful time of the year. I can't wait to see what nastiness Kevin is gonna bring this time around. I also hope someone can freak Rocco out again like how Mariel did with the grasshoppers last year.
P

So ready for this tonight. How will Kevin ruin everything tonight? Cant wait to find out.
T

they have a podcast?
W

Can't wait to see what new stains will added to the unwashed santa coat this year.
A

Ah, the one podcast of theirs I skip every year as it gets too weird and gross.
S

Christmas Cast is one of my favorite holiday traditions. Can't wait.
C

The best tradition ever. I love watching these every year. It's not Christmas without it.
L

Technosteve said:
they have a podcast?
Click to expand...

It's the best video-game podcast on the internet.
T

Lunaniem said:
It's the best video-game podcast on the internet.
Click to expand...

I have no response to this comment. This is america you are allowed to have your alt-beliefs.
R

I just realized the game awards didn't have a Mega 64 segment this year.
I

Can't believe it's time again. All glory to mega64.
R

This thread is fantastic and I can't wait for tonight's podcast.
M

Woah Woah Woah I had to sign on just to correct a travesty. How dare you leave out The Christmas King Frenk Hooley. Somebody coal this person they've been a naught! For the uninitiated skip to 4:45 https://youtu.be/OTDZwdUF1n4

Thank you have a blessed holiday
J

I never watch their podcasts because I watched one of the once (might've been a "Christmascast") and thought it was too fucking weird.

MKP64 said:
Woah Woah Woah I had to sign on just to correct a travesty. How dare you leave out The Christmas King Frenk Hooley. Somebody coal this person they've been a naught! For the uninitiated skip to 4:45 https://youtu.be/OTDZwdUF1n4

Thank you have a blessed holiday
Click to expand...

lol I need to make an entry for Frank, Bryan, and Eric, you're right. I'll see what I can do.
B

Arkeband said:
lol I need to make an entry for Frank, Bryan, and Eric, you're right.
Click to expand...

Bryan drinking a bunch of honey made me super scared for him.
J

This is all I want.
S

jett said:
I never watch their podcasts because I watched one of the once (might've been a "Christmascast") and thought it was too fucking weird.

It's gonna be weird. They barge on way too much, or disgusting types of food. Always ends in group vomiting.
I

CreeperBlocks said:
I just realized the game awards didn't have a Mega 64 segment this year.
Click to expand...

Did they last year? If I recall right it's the last day of every year for the video?


JustinBB7 said:
This is all I want.
Click to expand...

;p
Although actually curious what WiiU game will 'win' this year.
Did WiiU get any big games this year?
R

jett said:
I never watch their podcasts because I watched one of the once (might've been a "Christmascast") and thought it was too fucking weird.

You should check out their latest podcast, 420. Not weird at all.
B

Robby322 said:
You should check out their latest podcast, 420. Not weird at all.
Click to expand...

Yeah, podcast 420 is a good starting point.
A

Very excited for tonight. Always enjoyed their podcasts, but their ChristmasCasts have always been my favorite. Much joy will be had tonight!

I'm in. This will be my first live Christmas cast. Can't wait for the food intros.
A

Chat's a little concerned with the rules Twitch has for 'social eating' which is what Mega64 is streaming under (as a joke). I wonder if they'd be safer broadcasting under a different category...

I'm going to watch now.
A

Safs Safs Safs said:
Why does the chat say cuck so much
Click to expand...

A few weeks ago they were commenting on the rise of the use of that word, Shawn made a huge deal out of how he hates it, so the rest of them tried to use it as much as possible.

Oh my god Rocco still has the puke Santa Suit
B

Oh that barf cam will see a lot of use.
J

lol they got balut
C

I'm already in tears. God I love the Christmascast
B

The egg already had me in disgust.

This is gonna be a long night.
B

No Rocco no!
D

How fast is Twitch dropping the ban hammer when Rocco drinks his piss?
D

god Rocco please don't do this. Please drink a sweet Kickapoo Joy Juice drink instead I beg you.
B

Piss and raw meat the somebody is going to die tonightcast.
J

Why Rocco why
B

This is legendary even by Christmascast standards
N

Holy fucking shit they might as well end this right now.
J

Oh lord I know this.

It's supposed to be one of the worst smells in the world.
You must log in or register to reply here.