Volume 13 of Type-Moon Ace magazine reveals 2D fighting game Melty Blood Type Lumina for PlayStation 4, Xbox One, and Switch. It is published by Delightworks, developed by French-Bread, and will launch worldwide in 2021 with rollback netcode.

The following four playable characters are confirmed so far: 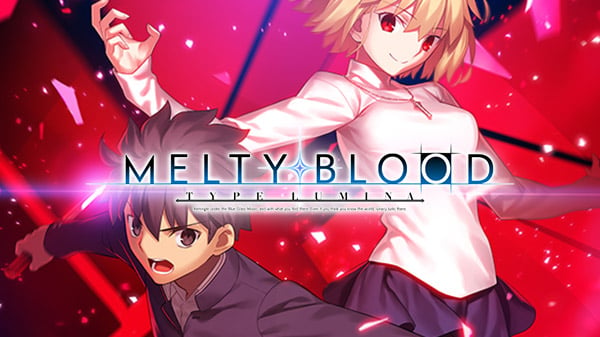 So it's a new Metly Blood or just a port with rollback? Hard to get hyped without a trailer tho.

Keihart said:
So it's a new Metly Blood or just a port with rollback? Hard to get hyped without a trailer tho.
Click to expand...

Bathrooms are getting stocked for the newest tournament of melty in the bathroom 2021.
V

Please tell me a PC version is also planned.

Reading that this game will have rollback, maaaaaan SNK better come correct with 15.

Only PS4/Switch/XBOne confirmed, but it's listed as Worldwide release. 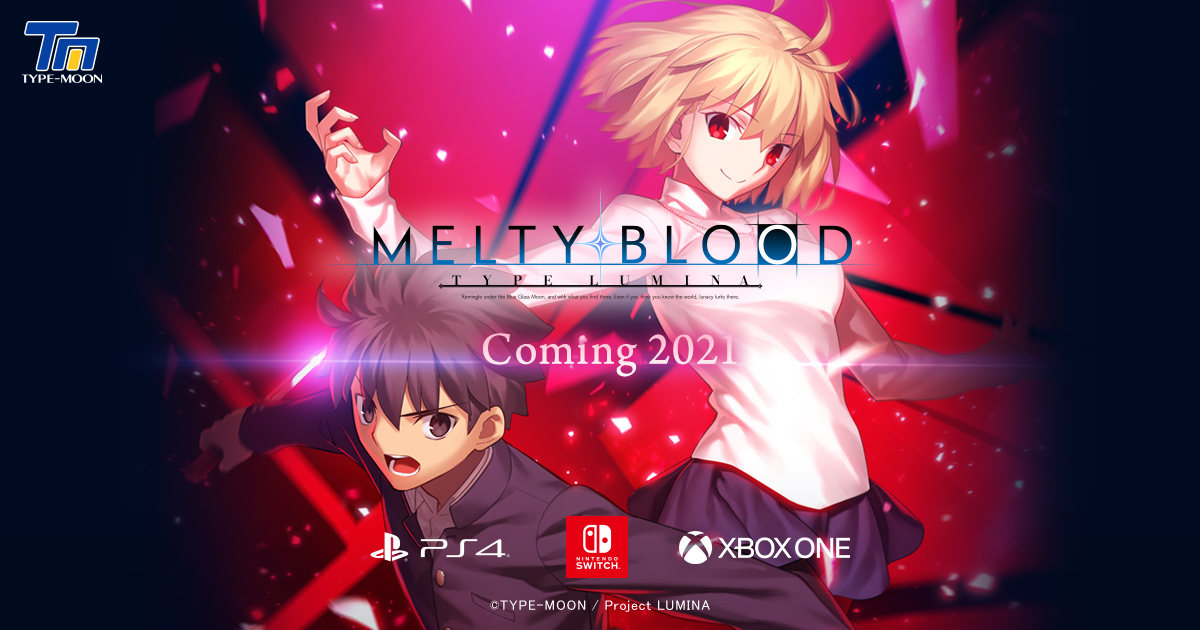 Melty Blood: Type Lumina , based on the world of Tsukihime: A Piece of Blue Glass Moon, Type-Moon’s long-form romantic visual novel, is slated for release in 2021. With a story by Kinoko Nasu and new character designs by Takashi Takeuchi (both of Type-Moon), Melty Blood: Type Lumina is a 2D fighting game that allows players to utilize the skills of characters from Tsukihime: A Piece of Blue Glass Moon in combat. The 2D characters also feature in animated battle scenes.

The new game is developed by French-Bread, the creative collective involved in the original Melty Blood series. While staying true to the distinctive features of the classic Melty Blood games, Melty Blood: Type Lumina has been built from the ground up for the modern gaming landscape, with features including support for HD visuals and a rebuilt fighting system.

Over 10 playable characters will be featured, with each character offering a unique and diverse range of attacks and moves. Each character has a total of 10 different color schemes, and players even have the option of setting up their own custom colors.

Single-player modes are Story, Time Attack, and Survival. In Story mode, players will control their selected character through a series of must-win fights, and witness story events that are unique to that character. Try beating your fastest fight in Time Attack mode, or see how many battles you can endure before your limited health runs out in Survival mode.

While carrying over the classic features of the “Melty Blood” series, the new game’s battle system has been rebuilt from the ground up. Features include the “Rapid Beat” system, which allows players to execute combinations with repeated presses of the attack buttons. Actions and systems that make use of new resources are also planned for inclusion. 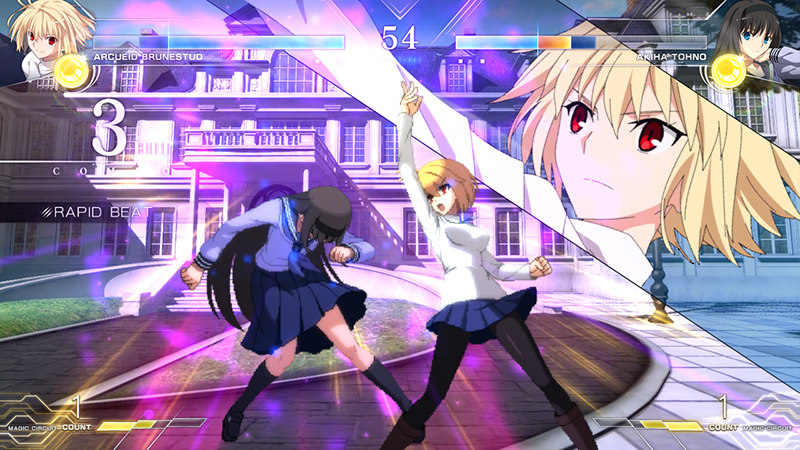 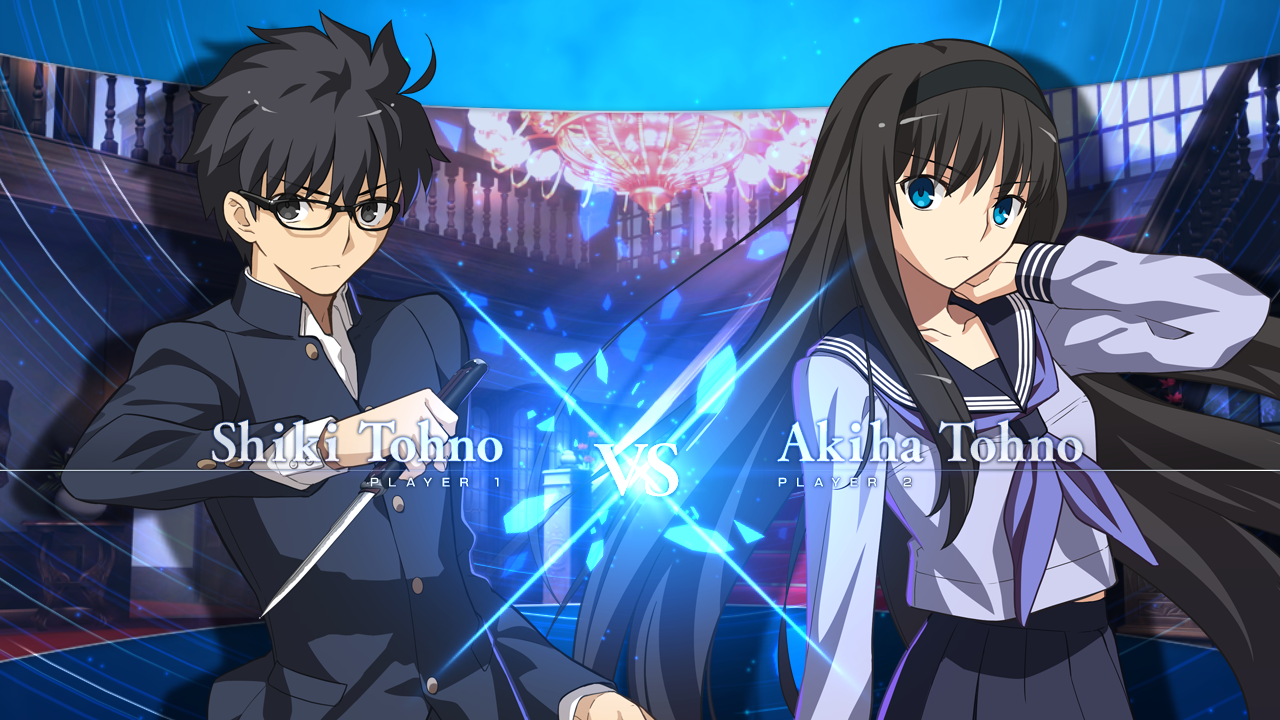 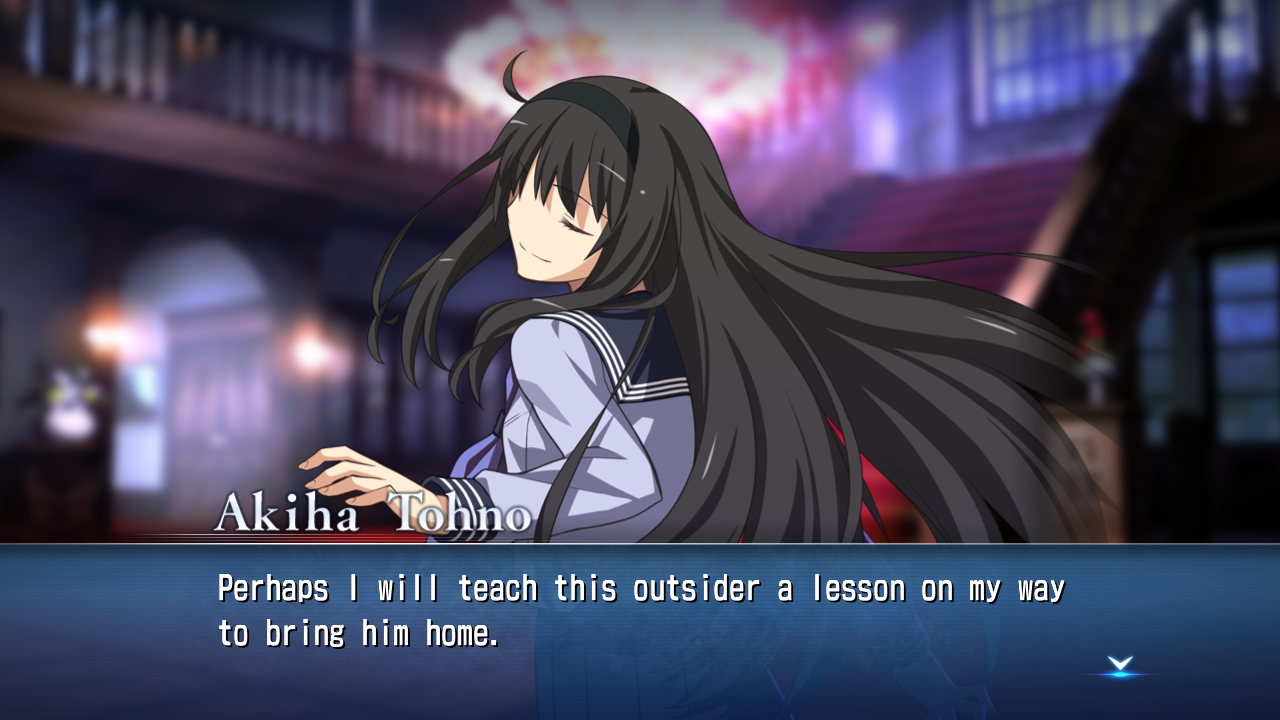 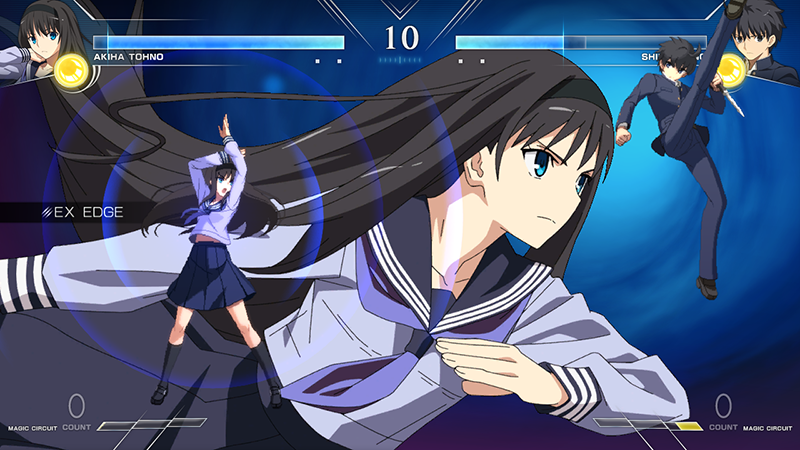 Being included in EVO will be the ultimate goal.
Reactions: amigastar
T

Now this is a surprise outta nowhere!
No Shion is a shame but I want to hear more about the character roster.

I never played Melty Blood and always really wanted to. I’ll definitely check it out whenever it comes out.

YukiOnna said:
While carrying over the classic features of the “Melty Blood” series, the new game’s battle system has been rebuilt from the ground up. Features include the “Rapid Beat” system, which allows players to execute combinations with repeated presses of the attack buttons. Actions and systems that make use of new resources are also planned for inclusion.
Click to expand...

That "rapid beat" sounds suspiciously like the Stylish controls from Blazblue, aka "BUTTON MASHING FTW" mode.

Pretty sweet, but I can't think of any aspect of Melty Blood (at least, the arcade and PS2 versions I played) that wasn't brought over to Under-Night and refined/improved. I guess the "Moon" styles didn't get brought over. Having so many different movesets was pretty cool in its own way.

But 10 characters with no Moon variation seems more like a cheap cash in than a proper successor to the previous game.
Reactions: P.Jack
S

No PC version? Wow that is trash. The PC community is what is keeping the game alive.
Reactions: Vitacat

SNG32 said:
No PC version? Wow that is trash. The PC community is what is keeping the game alive.
Click to expand...

What type of product will MELTY BLOOD: TYPE LUMINA be? We talk to two French Bread employees at the forefront of the project.

Narita Nobuya
Representative of French Bread, a company that creates 2D fighting games. He has been deeply involved with the Melty Blood series, mainly working as a producer from the very first entry onwards.

First, please tells us about how the production of Melty Blood: Type Lumina came to be. Why now develop a completely new series?

Narita: It started with Type-Moon going, "Lets get this going (Melty Blood)." It was quite sudden (laughs). We've had demand for a Melty Blood HD or remake for quite some time. We have also had a strong desire to recreate Melty Blood in accordance with the current environment. Whenever we brought it up with Type-Moon the timing was never right. But if we adroitly moved when their work on Tsukihime -A piece of Blue Glass Moon- (from now on Tsukihime R) settled down... that's how we started development.

This first infodump reveals Shiki, Arc, Akiha, and Ciel as playable characters. It's said that they're all going to be entering battle in Tsukihime R, so are all oncoming characters going to be selected based on that work?

Kamone: Yes, that is correct. Fundamentally, we will aim to select each character from the new Tsukihime, Tsukihime R.

Narita: Concerning the selection of characters, Type-Moon has various ideas to make for a pretty interesting roster. We would like you to look forward to both Tsukihime R and this game.

How is this work's story positioned in the timeline of the series? Will the story develop Tsukihime R with which it shares a worldview?

I heard there were 10 playable characters. In the previous work there were over 20 characters present. So not all of them will show up?

Kamone: Since we started with basing this on the worldview of Tsukihime, we will not be sticking with all the characters from the original series, so there will be fewer characters than the previous work. I think this should be said outright, the original protagonist Sion is not present and this is not a TATARI edition story. There are fundamental differences. I would like all fans to understand that the traditional Melty Blood story is on standby for a later date. Taking into account Tsukihime R's development, we decided it was too early to have the original series character's gaiden stories. There was the doujin version of Tsukihime and the derivative work Melty Blood. We want to make this product from the standpoint of making Tsukihime R more enjoyable.

As for the battle system, will it follow the precedents the original set? Also, what new systems will it contain?

Kamone: The battle system has been reconstructed to bring out the personality of Melty Blood first and foremost. There aren't many systems that have remained entirely the same, shields, bursting, and air combos that are fundamental to Melty Blood are present so the gameplay will feel the same as the original series. Completely new elements include a number of new resources to use new actions, as well as new systems. The spacing game is very different from the original series, so I hope you'll all look forward to the next set of infodumps.

With its charming characters and story, Melty Blood boasts a high degree of polish for a fighting game. Nowadays, we see a large enthusiasm for e-sports. During development how conscious were you of this?

Kamone: Of course, we were aware of that. So that the entire world can play, we're going to have translations and subtitled audio in multiple languages as a standard installation feature. We are also creating an online play portion so players can play together remotely. As for the game, as well as trying to make it contain competitive and speed-run elements we are also trying to make it fun to watch and easy for new players to pick up. Of course, Melty Blood only exists due to the support of its fans, so we aim to create something that satisfies them.

Are there any particularly large changes compared to the original series?

Kamone: It's quite trivial, but the netcode uses a technology called rollback. It should be harder to feel lag on online battles than before. I hope you look forward to it.

Are there any points you want to highlight?

Narita: We're creating characters one point and a time with pixel art, so please take a look at the high-resolution character pixel art. I think you'll be able to enjoy it by just looking at the new costume designs as well as the character animations.

Kamone: As for the battle portion we are building and tuning without forgetting what Melty Blood is. For the new Melty Blood, we are aiming for something that can be enjoyed as both nostalgic and fresh. We would very much appreciate it if you could keep those points in mind.

A final message for the fans, please?

Narita: Thank you so much for your patience. I've been practicing drawing HD size pixel art for the last ten years (laughs). During that time many things happened, but I think the doujin Tsukihime and Melty Blood generation as well as today's Tsukihime R and Fate generation will enjoy this work. By all means, I look forward to you seeing this work.

Kamone: Hearing the many voices that wanted the revival of Melty Blood after the announcement of Tsukihime R made me very happy. I myself was Melty player and entered this industry because of the doujin version of Tsukihime and Melty Blood. We are wholeheartedly developing to satisfy all our fans, so please look forward to Melty Blood!
Click to expand...