raven777 said:
new FF for iOS/Android made by Kitase and "numbered FF staff"

they will show info on next week's famitsu. 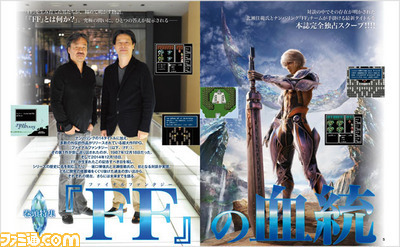 duckroll said:
It's supposedly a traditional RPG, not a remake of FF1 but something similar? A return to the roots of sorts. Kitase is producing, Nojima is writing the scenario, and the character designs are by Itahana.
Click to expand...

duckroll said:
Some additional details from the Sakaguchi/Kitase interview in Famitsu has been released:

- There map movement in the game will be automated, but the gameplay systems will be like a traditional FF
- He doesn't want it to feel inferior to a numbered FF game
- There will be Abilities and Jobs
- For a smartphone game, there is an unprecedented number of internal S-E developers working on this
- Many of them have worked on numbered FF games previously
- They're aiming for a smartphone game which is comparable to a console game
- The theme is "Warriors of Light"
Click to expand...

Square Enix has filed for "MEVIUS FINAL FANTASY" trademark in Europe. Dunno if this is an iOS, handheld or console title. 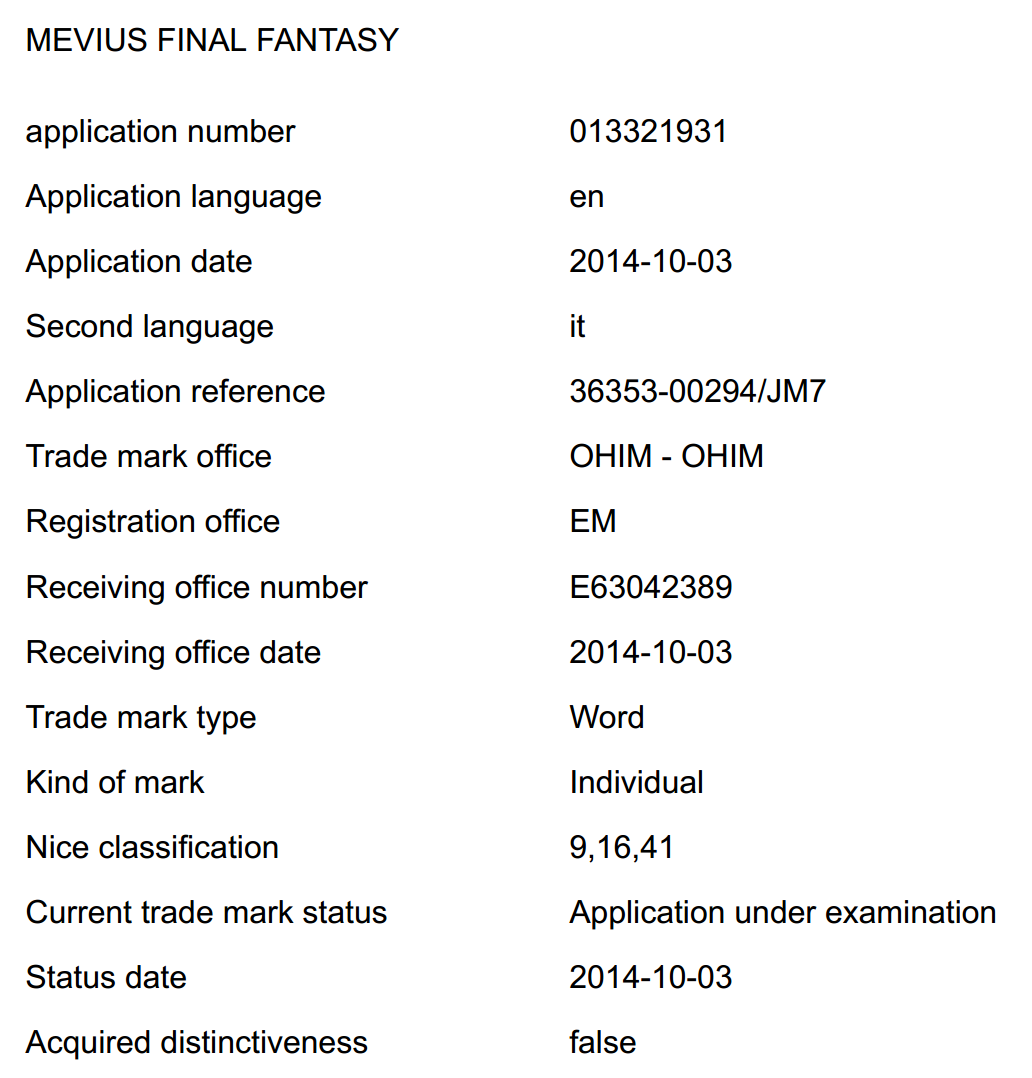 what the fuck is a Mevius ?
K

mevius? kinda sounds like me vs final fantasy, a phone game if so

It's a cigarette brand in Japan from the looks: 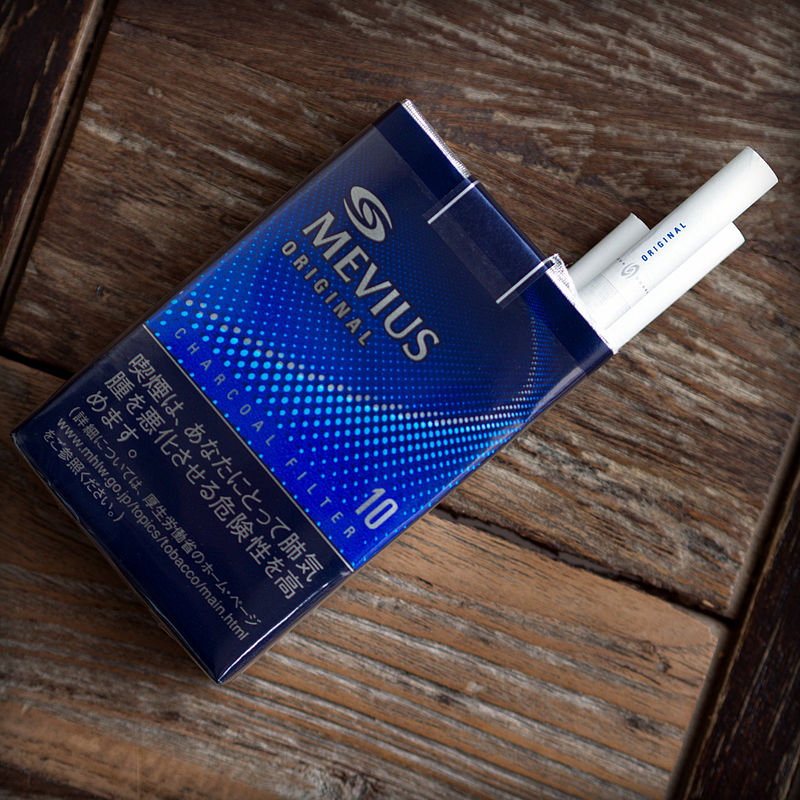 Mevius? Is it even a word?
FFXV DEMO 2 CONFIRMED.
N

Exentryk said:
It's a cigarette brand in Japan from the looks.
Click to expand...

I don't think this has anything to do with the cigarette brand though ( people may know it better as Mild Seven ), because that would imply SE partially trademarking a brand name that belongs to another company.

Thirteen flew over the cuckoo's nest

Sounds like the name of an iOS title to me...
Z

Time to charge the phone.
M

What does "Mevius" even mean?

Maybe a revisiting of FF1 in HD/Lumious?
C

Nightengale said:
I don't think this has anything to do with the cigarette brand though ( people may know it better as Mild Seven ), because that would imply SE partially trademarking a brand name that belongs to another company.
Click to expand...

It's probably an alternate name for FFXV. Coz you can smoke while playing it, you know, since you just hold a button.

Man, Noctis needs to stop hanging out with the wrong crowd.
G

I've always imagined whoever's in charge of naming schemes at SE to basically be the Latin version of this guy. 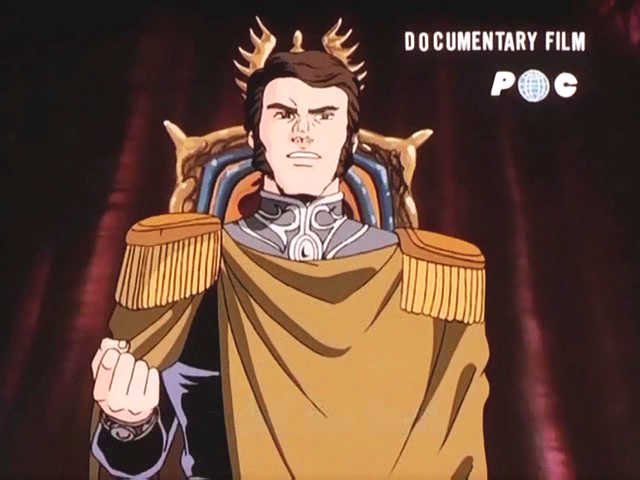 I have zero ideas other than it "sounds" like a mobile title.

Though it could be a product of that new studio they were setting up, which was for consoles specifically...

What is with this new trend of putting things before Final Fantasy in the title.
D

The Japanese "Mevius" cigarette is the new name for the venerable "Mild Seven" brand.

Dunan said:
The Japanese "Mevius" cigarette is the new name for the venerable "Mild Seven" brand.

An FFVII demake featuring the good sprite work by that artist who brought us FFV and FFVI on mobile.

Millennium Edition of Final Fantasy VI for US confirmed.
S

Can't wait to play it in ten years.
F 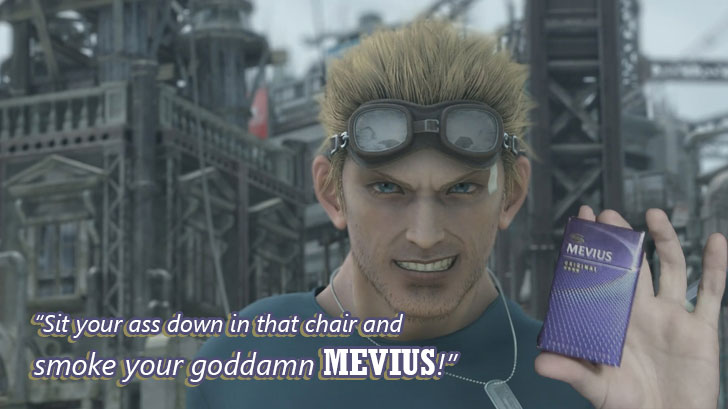 i have those mild seven mevius cigs

Fabula! This is Mevius news!
S

An iOS game about the dangers and causes of smoking, featuring Lightning.
D

I was going to say something exactly like that lol.
G

Jesus, this fake Latin nonsense is too gimmicky. They need to think less about making baroque sounding words and more about making games.
K

i like the fake latin. it properly reflects the deep stories and serious faces of all the characters in the final fantasy triumverustallis. *puts hand on chest while looking down*
S

^ this
It sounds really pretentious.
S

apparently they had to change the name from mild seven to mevius because mild seven was suggesting the cigs are mild.

i always just assume mobile until I hear otherwise. That way my hopes are never up so when the disappointment hits it's easier to take.
S

The names being what they are is most likely because they don't spend time thinking about it instead of the other way around.
B

Wow we are soul brothers...I came in to post this. Hype through the fucking roof
You must log in or register to reply here.

YeulEmeralda replied
Dec 19, 2021
A Final Fantasy X-3 story synopsis exists and the possibility of it being made "is not zero"
2

DonkeyPunchJr replied
Jul 15, 2021
A few things about Final Fantasy 7 Remake will be revealed this weekend
2 3

beepboopbopflop replied
Feb 24, 2021
Creator of ‘Final Fantasy’ reflects on his last game, his career and the puppetry of his works
News

BennyBlanco replied
Aug 14, 2021
What can Square Enix do to make Final Fantasy sell FF7 level again? (Or sell more than a B tier Wrpg?)
2 3