One of the best consoles ever released, such an amazing piece of hardware.

Xbox 360 and Xbox Live were the kings back in the day, will be missed <3
A

The game that won me over to the Xbox 360 and made me buy the console. 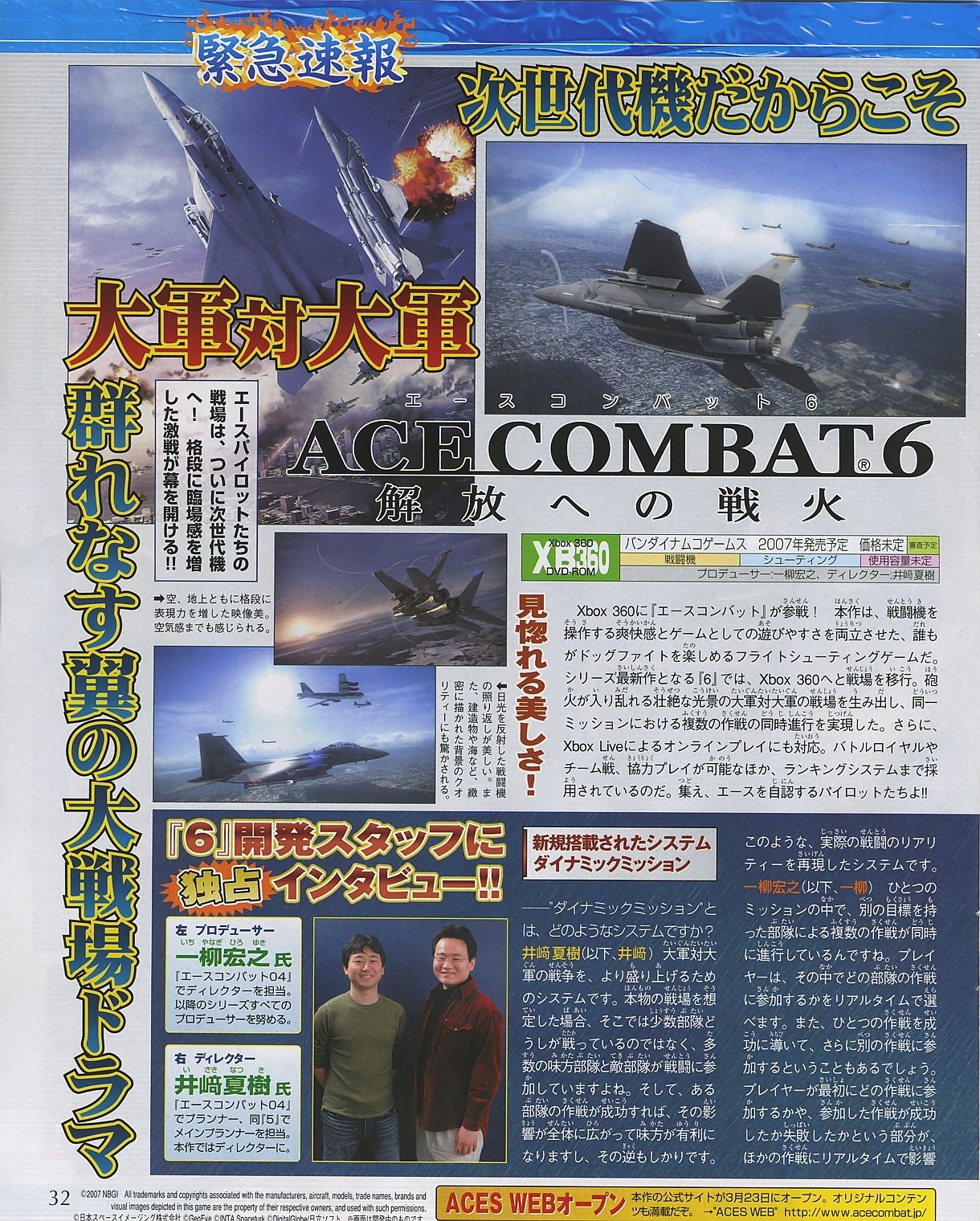 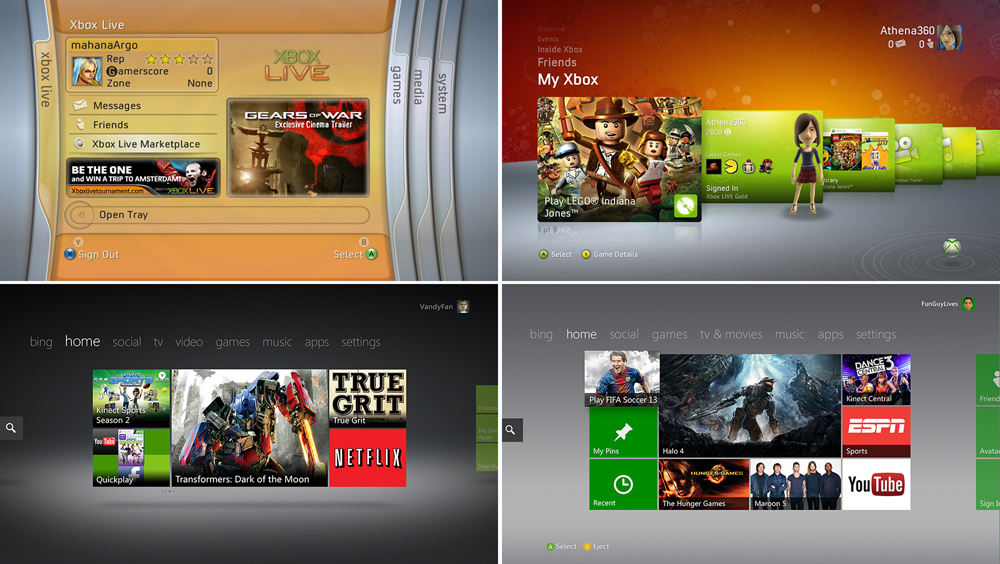 The blades were legit!
E

One of my favourite consoles ever. Thanks for the great times!

Ivan Amiibo said:
when are the servers going down and cutting everyone off from their content
Click to expand...

For me personally, it'll always be one of the best consoles of all time.

It's the only way I'll ever be able to play the Skate series or Red Dead Redemption, and my Live Arcade collection is one of my favourite things. You've got Outrun 2 and Afterburner Climax, Radiant Silvergun and Ikaruga, D&D Arcade, Final Fight, the Sega Vintage collections, Symphony of the Night, Rez HD, Virtua Fighter 5, and the best version of Daytona USA. All on one system, and that's just naming a few highlights.

I should purchase a spare just in case...

I wish we could go back to version 2, it was perfect. The original blades were also brilliant. Haven't been keen on the interface since.
C

Anyways, such a great console it was. Had many great and frustrating times with the X360, countless of late night gaming with friends and a lot of online shit talking. Will never forget those moments.

I'm on my third 360 since my launch machine - long term hardware reliability was the 360's only weak spot. Other than that it provided years of great gaming experiences, quite an era.
D

Ivan Amiibo said:
when are the servers going down and cutting everyone off from their content
Click to expand...

Seeing as they're still supporting these titles on via BC on XB1, probably not anytime soon.

Also from the article:

We know that many of you became gamers on Xbox 360 and are still active, so its important to us that while the overall Xbox gaming experience will evolve and grow, we will continue to support the platform you love in multiple ways:
Xbox 360 owners will continue to receive Xbox Live services for their console, such as online multiplayer gaming and parties, access to the apps they use today, and Games with Gold and Deals with Gold.
Xbox Live servers that support Xbox 360 services will also remain online and active. Our Xbox 360 fans can continue to play their favorite games with the full support of Xbox Live.
Gamers will also be able to continue to buy over 4,000 Xbox 360 games or Xbox 360 accessories at retail and through our Xbox 360 store online, while supplies last.
Any Xbox 360 hardware will still be supported at xbox.com/support.
And Xbox One owners will be able to continue to enjoy available Xbox 360 games through Xbox One Backward Compatibility  at no additional cost.
Click to expand...

I miss blades so much
C

I didn't really have a 360 to long after Halo 3 came out, but it was definitely fun.

Definitely a fantastic console. 10+ years is a huge milestone for any console.
A

Hopefully some kind of solution for the games that might be lost that won't ever be able to be BC like MvC.
C

Raylan said:
More facts:
It will never reach 90 million. And it's still on last place in its generation if you look at "units sold worldwide".
Click to expand...

It's already dead. You can stop kicking it now.
K

The XBLA was the reason to own this console. It brought a new market to the masses that has no become the new mid tier development paradigm.
J 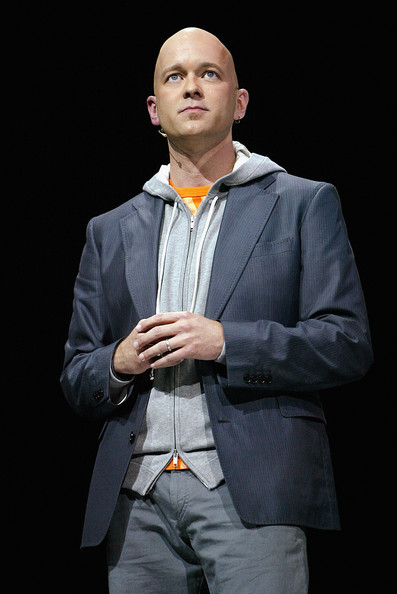 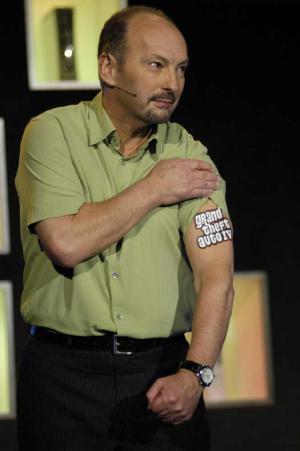 I'll give it a salute for the first four years of the console.
D

we have to move a lot

Every number except the one that matters. Never change.
M

I think the neat thing is that the servers for XBL are not coming down any time soon. We will probably be able to keep earning 360 achievements in 10 years.

I've been through 7 of them. So while I enjoyed the systems games, the system is kinda bleh. I miss those godlike blades. Best UI.
F

Krakn3Dfx said:
Before the price cut to $99? Crazy. I guess they couldn't get component pricing down to a point where the numbers worked?
Click to expand...

Just didn't want to most likely. It remained profitable to them at its current price.
J

Got mine at Christmas in 2006 and remember hooking up it up Christmas night to the router - still wired at the time, so had to take it out to where the computer was along with the TV - and playing Gears of War online co-op and multiplayer all night through to Boxing Day. Just brilliant and was the first time ever where it felt like gaming was starting to be a lot more social to me.

Another glorious memory is that nine months after getting it, it basically died. The funny thing isn't that it didn't die through RROD (disc drive-related). Rather, it died on the day Halo 3 launched and also the day (or a few days before, can't remember specifically) the multiplayer beta for Call of Duty 4 launched.

One other final memory is how one night, a couple of my fellow games writing peers and myself played multiplayer on Battlefield: Bad Company 2 and I just started bellowing out Imogen Heap randomly.

For me, it's one of the best consoles ever, even if the hardware wasn't the best. Software is what rates it so highly for me. To name but a few of the games that I've enjoyed mainly or solely on the 360:

Thanks for the driveby. Now if you don't have something constructive to say, bugger off.
J

I've got a model from 2008 that only reads discs when it wants to, I was hoping to get another, newer one, but if the price isn't dropping to $99 it just isn't worth it.
S

One of the best console ever, then kinect ruined everything :'(
H

Also thank you very much for VGA monitor support - Kid who grew up last gen without an HDTV.
J

Seriously, I do wonder when Sony will announce this for PS3.

I will always remember the days and nights I spent playing Halo 3, Grand Theft Auto IV, and Bad Company on my faithful 360.
B

Krakn3Dfx said:
Before the price cut to $99? Crazy. I guess they couldn't get component pricing down to a point where the numbers worked?
Click to expand...

Damn, neogaf called this. I refused to believe they would discontinue before they hit 99$.
J

The blades still kinda exist with the awesome mini menu on 360.
M

10 years is a really long time. Feels like this gen might drag on for nearly that long as well (or longer with the mid-gen refresh).
I

The blades are the most nostalgic but the top right was always my favorite dashboard wise, it was just by far the easiest to navigate and most stylish looking

No lifetime total is a bid down for me.

SG-17 said:
I've got a model from 2008 that only reads discs when it wants to, I was hoping to get another, newer one, but if the price isn't dropping to $99 it just isn't worth it.
Click to expand...

I starting loving Microsoft with the Xbox 360, thank you for all the Memories MS. Am really happy with the Xbox one. Keep em coming.
F

Fantastic console. Last years were a kind meh but the first one + XBLA was so worth it. And dat controller.

Didn't regret getting it instead of waiting on a PS3-
E

One of the best console ever, then kinect ruined everything :'(
Click to expand...

One of the best consoles from last gen. You'll be missed, old friend.

Seriously, I do wonder when Sony will announce this for PS3.

Believe me, Sony will retire the PS3, too. Gotta move on from them.

Would have really liked to enjoy the 360 console but every single one I had (3) broke on me. May you never rest in peace.
J

It's a shame the last iteration of the hardware was so awful. Removing optical out on a gaming console that is also sold as a media hub was moronic.
M

I've played both of those years ago when my sister had a 360. ToV is the one I never got to play but really want to.
R

What a great console.
J

I imagine the servers will be up for quite a while since BC titles on the Bone use same infrastructure.

Rough start, but amazing console. Easily my fav ever.
S

Raylan is a big meanie.
U

CrispyBoar said:
Believe me, Sony will retire the PS3, too. Gotta move on from them.
Click to expand...

I really do wonder how long it'll take. They're still releasing games on it. Hell, even the PSP still has game releases in Japan (and technically a PSP UMD was released in North America just a few months ago). And I think the PS3 has a solid market in places like Brazil and India, not sure how the PS4 is doing in relation currently.
A

End of an era. I remember coming home from school one day and my mother had bought one with PGR and Perfect Dark without me knowing. I tried changing to Playstation a couple of years after that but I went back to Xbox fairly quickly. Stuck with the 360 until X1 came out..what a disappointment that turned out to be
T

I predict that in 15 years there will be a collectors market for people who want Xboxes running the OG operating system.
You must log in or register to reply here.

Which Xbox console did Microsoft do best with regarding their first-party ip output?