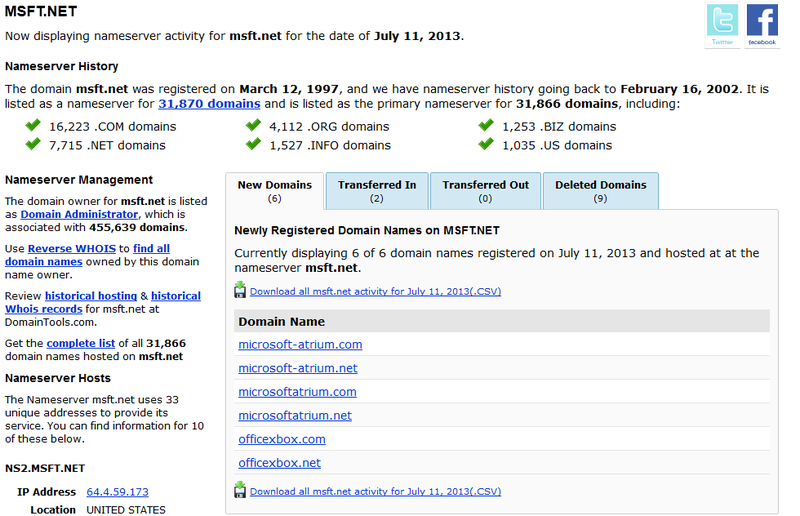 While Microsoft views the Xbox One as &#8220;an excellent entertainment device&#8221; the company claims that the new console can be so much more. It argues that the Xbox platform is so robust and reliable that it can be a great option in terms of video conferencing and as a networking platform.

Skype, Skydrive, Internet Explorer and Smartglass are some of the apps that come with the Xbox One that could be valuable for SMBs. Microsoft explains that due to such baked in-apps, the ability to integrate with other Microsoft devices via Smartglass, and the possibility of future third party business dedicated apps make the Xbox One and its $499 price tag a great option for small businesses.
Click to expand...

Videoconferencing for $499 - why not... it's not that people don't already have those things called PCs to do that.
B

Is there an angle they won't try? Another example of how out of touch they have become. It's a games console!
B

PCs ... and smartphones ... and tablets ... hell, even those Smart TVs have Skype apps now.

But yeah, no, sure ... small businesses are definitely going to buy the shit out of a $499 box with 150 watt power consumption JUST to have Skype. There's no way around it, Microsoft finally found a demographic!
D

My god, they finally found a use for the damn thing.
T

We know Xbone isn't a videogame console Microsoft, we know... You don't have to keep reminding us.


That's why I'm not buying one
C

So when will they start trying to sell this video game console to gamers?
E

Computer said:
So when will they start trying to sell this video game console to gamers?
Click to expand...

Is Sony brings back "Other OS" like they are rumored to be with the PS4, How irrelevant does Xbox1's small bussiness push become?
D

They can't actually believe it's more productive to use Internet Explorer, or any browser, on an xbox with voice commands.

Also, Skype is on everything and if you need a webcam it's not $499.
R

Dedicated video conferencing hardware can be silly expensive. This isn't as silly as it sounds at first.

Sort of makes sense but most small buisnesses are, you know, small. They wouldn't really need conferencing.

Wave hand to view next slide.


satam55 said:
Is Sony brings back "Other OS" like they are rumored to be with the PS4, How irrelevant does Xbox1's small bussiness push become?
Click to expand...

XB1 has everything required in the box ready to go the moment it's plugged in.
M

lol xbox1 will never have any videogames loosers!
E

Rooster said:
Dedicated video conferencing hardware can be silly expensive. This isn't as silly as it sounds at first.
Click to expand...

It also makes a great space heater, and why get a baby sitter when you have Xbox One? You can leave it running all night as white noise to help you sleep, or just adorn a shelf in your China Hutch and admire its sleek attractive design. It slices, it dices, and it's so easy to clean! You'll wonder how you ever lived without it.
X

That would actually be very cool and I'm surprised it doesn't already exist.
M

My god, they finally found a use for the damn thing.
Click to expand...

I would be very surprised if Skype didn't make its way to PS4 at some point. If it doesn't I could easily see Viber making an app and introducing video calling as well.
G

I tip my hat to you, good sir.

Eh, for the same price, they also sell Surface, that also has Skydrive, Skype, IE etc., and is much more convenient for business (especially since it also has powerpoint). Just saying.
M

A $US500 box for skype AND you probably have to have an Xbox Live Gold subscription. Real value for small business!
C

mandiller said:
A $US500 box for skype AND you probably have to have an Xbox Live Gold subscription. Real value for small business!
Click to expand...

zomgbbqftw said:
I would be very surprised if Skype didn't make its way to PS4 at some point. If it doesn't I could easily see Viber making an app and introducing video calling as well.
Click to expand...

I think "Google Hangouts" would be more likely. It's the only thing that would match the hype of "Skype" on Xbox1.
M

grandmas are inevitably next.
C

The machine is already running Windows 8. Just add a mouse and keyboard and you're done. Not that I want any part of it but

Kinect: Next slide
Xbox1: <nothing>


Yeah. I wouldn't use Kinect in any business environment. It's voice recognition doesn't work nearly good enough.
U

*ball of hay rolls by*

Is Titanfall that good? What tracks are in Forza 5? Who are the new characters in Killer Instinct?
S

"You might think the Xbox One is just a game's console. In reality, it's so much more. Xbox One gives you the opportunity to weigh down paper on your desk in an exciting, innovative way. In the past, your paperwork may have blown away if you had the window open. With Xbox One, such concerns are a thing of the past. Use your Xbox One as a paperweight and experience the future - today."
J

The Xbox ONE truly does everything!*


*May or may not actually play video games.
I

it's 4th of July in my asshole

satam55 said:
Is Sony brings back "Other OS" like they are rumored to be with the PS4, How irrelevant does Xbox1's small bussiness push become?
Click to expand...

This hasn't been rumored at all.
C

SatansReverence said:
You have kinect 2.0 and an XB1?
Click to expand...

I still expect it to be a bit shit.
H

a great way to spy on businesses to ensure their software licensing is up to date!

Kinect for powerpoint is actually the only point they may have. Most people in public presentations usually have to find some tricks to be able to switch slides while they're walking around the stage, using different device (remote, wireless mouse, smartphone), which usually ends with someone staying near the PC and waiting for small signs from the presenter to push a key. Which doesn't always work well either.
Voice commands are certainly reliable enough for that, and so are gestures.
M

Xbox one, trojan horse for their B2B business, well I didn't see that coming (except for the cloud part, which is obviously a tremendous Azure reference).

Well PS3 was used by the military to create a "supercomputer" when you would think they would have PC's to do this.
http://www.escapistmagazine.com/new...inishes-PS3-Supercomputer-of-Epic-Proportions
J

I'd hope they'd use something more secure than Skype over XBox One.
E

freefornow said:
Well PS3 was used by the military to create a "supercomputer" when you would think they would have PC's to do this.
http://www.escapistmagazine.com/new...inishes-PS3-Supercomputer-of-Epic-Proportions
Click to expand...

The Cell is pretty good at crunching numbers. The PS4 was pretty much the cheapest device out there that uses the Cell processor so its not surprising they'd use it for supercomputer related stuff.

In the same vein, the Xbox One might have the same utility as a business device but just like with the TV crap, I don't think it solves any problem that hasn't already been solved.
N

In an open letter to the small business community (via Neowin), Microsoft's director of Consumer Camp Marques Lyons said Skype, SkyDrive and other applications available on the console could be of benefit to offices that use video conferencing and networking.

"What is being positioned as an excellent entertainment device can be just as enticing for you and your small business," he wrote.

"In fact, it's entirely justifiable to make the Xbox One a business expense. The Xbox One, priced at $499 [£429], is an affordable option for small business owners, as there are many features built into the console that could help it rival even the most modest of video conferencing and networking platforms."

Lyons pointed to Skype on Xbox One, which comes with the new Kinect sensor, as of particular interest to small businesses.

"Utilise Skype, and the power of group chatting, to have that collaborative exchange with clients and co-workers, no matter where in the world they happen to be," Lyons said.

"Utilize the size of that nice TV screen to see every smile and nod as your next great plan comes together. The Xbox One with Kinect, as a Skype provider, is just as capable as a PC with an attached/included microphone and webcam. The difference here is that Xbox One and Kinect gives you the open space to move, gesture, show examples, and see everyone more clearly."

"With SkyDrive via Internet Explorer, you can use it with the Office Web Apps to open that Excel spreadsheet or PowerPoint," he said. "Use the Kinect voice and hand gestures to navigate to websites. Now you're free of clickers and light pens to use your hands to for more expressive gestures."
Click to expand...

wow... I don't know if I should either laugh or cry

I would love to be able to bring my games to work. We currently use Smartboards in all of the conference rooms and this basically does the same thing but a lot cheaper.
W

$499 Skype machine.
You must log in or register to reply here.