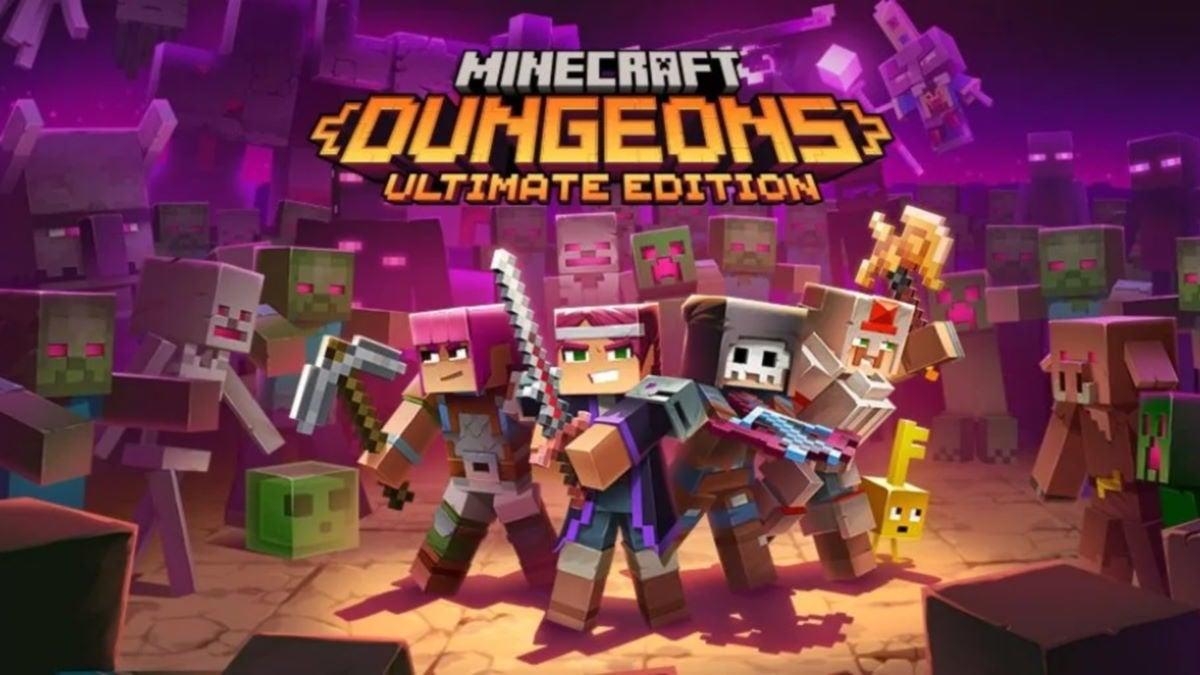 Minecraft Dungeons is officially coming to Steam on September 22nd, developer Mojang Studios has announced. Previously available for Nintendo Switch, PlayStation 4, PC, Xbox One, and Xbox Series X|S, the title is basically what it sounds like: a Minecraft spinoff all about delving through dungeons. And as of September, more players than ever will be able to grab it and check it out for themselves. There is, however, one small caveat to the Steam release.

In addition to releasing on Steam, as of September 22nd, the original Hero Edition, Hero Pass, and Season Pass will be discontinued from digital sales. A new Standard Edition (base game) and Ultimate Edition (base game and all six DLCs in addition to other bonus content) will effectively replace the previous SKUs, but remove none of the content contained within. Physical copies of the original versions will remain available until stock runs out and a physical version of the Ultimate Edition is set to launch on October 26th.

As noted above, Minecraft Dungeons is set to release for Steam on September 22nd. Minecraft Dungeons is otherwise now available for Nintendo Switch, PlayStation 4, PC, Xbox One, Xbox Series X|S, and via Xbox Game Pass. The base game itself, referred to as the Standard Edition, clocks in at $19.99 while the new Ultimate Edition, which includes the base game and all six DLCs among other goodies, is available for $39.99. Alongside the release on Steam, the previous Hero Edition, Hero Pass, and Season Pass will be discontinued from digital sales. All of the DLC will still be available between the Standard Edition and Ultimate Edition.
Last edited: Aug 23, 2021

This made everything a whole lot more interesting.

I genuinely thought this was already on steam, more surprised to find out, it isn't?

Is normal Minecraft not on steam either then?
Last edited: Aug 23, 2021

Spukc said:
I assume its the OG game with all the DLC
Click to expand...

Still. I played the original on Xbox, and after half an hour or so I was kinda done with the game.

Too bad I already own it on PC. Although the Windows store and it's shananagans have soiled me on even trying it anymore.

Patrick S. said:
Still. I played the original on Xbox, and after half an hour or so I was kinda done with the game.
Click to expand...

Same it was extremely shallow

It will last you half a day, at max.

The base game felt short being limited to one area with a few biomes but all the DLC expands on the game many times over and is worth while IMO at $40. I think they've struck a good balance between casual, convenient gameplay without sacrificing the rewarding and addicting gear-hunting grind of dungeon crawlers.

LiquidMetal14 said:
Too bad I already own it on PC. Although the Windows store and it's shananagans have soiled me on even trying it anymore
Click to expand...

Minecraft Dungeons hasn't been out on Steam this entire time? I had no idea. It's been on pretty much everything else.
Last edited: Aug 23, 2021
You must log in or register to reply here.