We knew this, but just for clarification sake per the dev on Twitter... 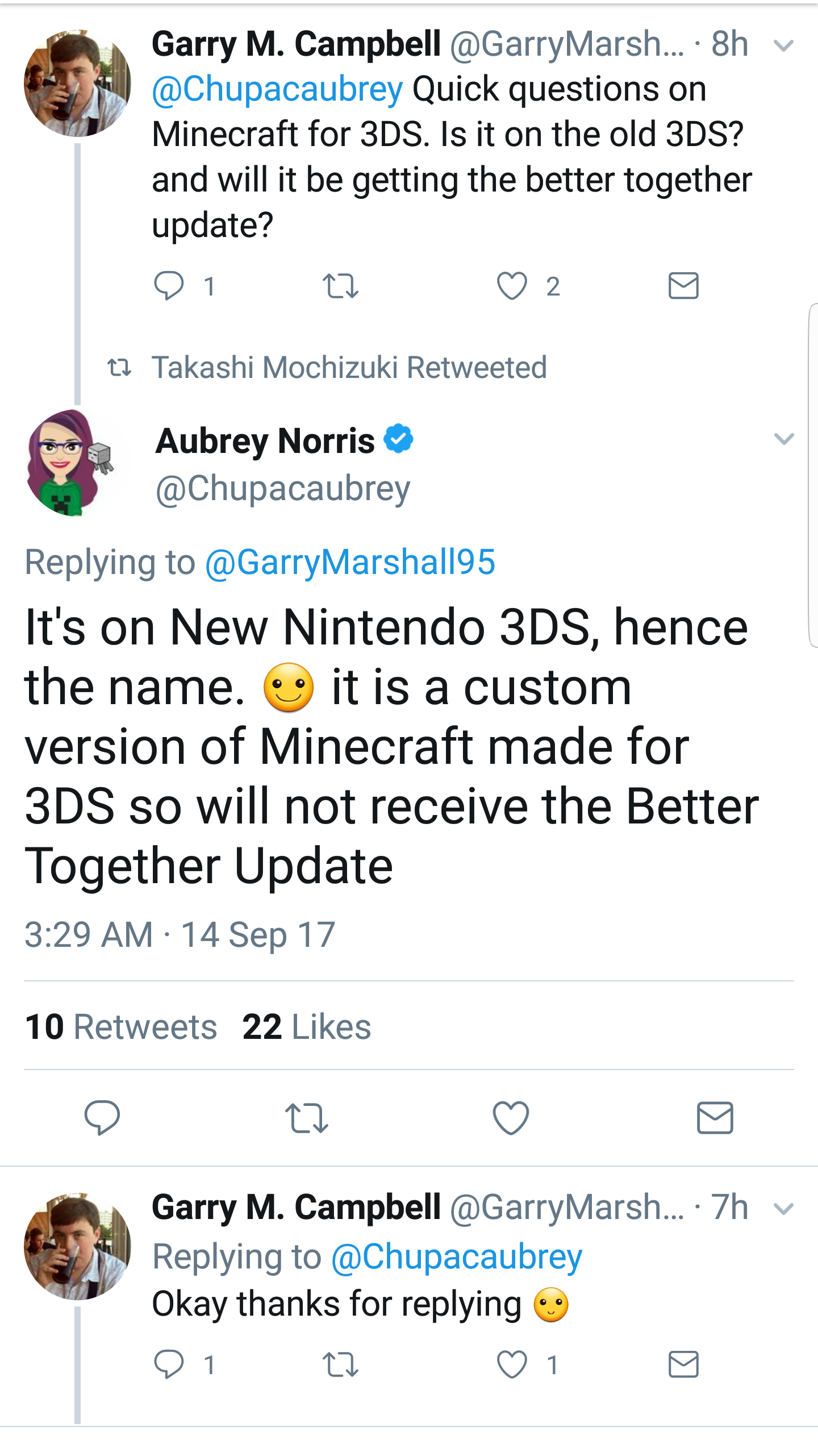 It's just a port of Pocket Edition with some enhancements.
U

Specifically it's Pocket Edition 0.15.4 which was released July 2016. The devs have said they plan on continuing to work on it for 6-8 months minimum to add more features including 3D, multiplayer, and later version features. For the sake of developing an initial version on the very limited 3DS hardware, they had to branch from the most recent version at the time they started work on it and get that fully up and running before moving forward.

For example in the stream they said after bug fixes on the current version they plan on getting into 0.16 next which added ocean monuments, prismarine etc.

When they say "no Better Together" they mean day-and-date with the other versions, it very well could eventually reach that feature set.

I mean, what version did you people think the N3DS would get?
N

I'm just somewhat surprised they got it to run properly on any flavor of 3DS at all, so fair enough.
A

So can the 3DS owners at least cross play with the PS4 owners so they can not enjoy the "Better Together" update, together?

So it's just as good as the PS4 version.
F

AndrewDean84xX said:
So can the 3DS owners at least cross play with the PS4 owners so they can not enjoy the "Better Together" update, together?
Click to expand...

This version doesn't have online multiplayer, and as far as I can tell from the press, never will.

Amusingly, it has a larger world limit than the PS3, 360, and Wii U versions.
F

AndrewDean84xX said:
So can the 3DS owners at least cross play with the PS4 owners so they can not enjoy the "Better Together" update, together?
Click to expand...

Only if Sony can protect their customers
K

Shocker. I hope no one actually expected it to get that update.
You must log in or register to reply here.