Famed game designer Shigeru Miyamoto, the creator of Mario and Zelda, has teased a "new franchise" for 2014.

"We'll have Mario Kart 8 out next spring, and at that point we'll have the whole lineup in place, so I think it's about time we brought out a new franchise," Miyamoto said in the latest issue of Famitsu (as translated by Polygon). "I can't give out details, but that's the title that's been keeping me pretty busy lately."

A new and original game from Miyamoto was first revealed in January 2012, when the Associated Press reported that the designer was at work on an "undisclosed original title."

Miyamoto's most recently released title was March's Luigi's Mansion: Dark Moon for the 3DS. He is currently working on Wii U game Pikmin 3, due to launch August 4.

The designer turns 61 this year, and said in March that it would be "strange" not to be thinking about retirement, though he has no immediate plans to step down from his post.
Click to expand...

Hopefully its as good as Wii Music.
I

FPS that will rival Halo.
S

He has been teasing this game for like 3 years

Anyways, if I had to guess, I would say something taking advantage of NFC.
G

I love the wording "about time"... lol
P

Just don't fuck up the localisation time of X and properly market that as a Nintendo game already.

I do hope it'll be some big title, not a small eshop game
B

Interesting. Really hope it's a Wii U title with epic scale and interesting game play, not a Wii Sports or a Steel Diver..
D

Reality: Whimsical cute looking game that won't fit into any category and will probably bring out the "lol Nintendo casual kiddy" crowd.

I for one can't wait to see what he's been up to.
O

My expectations are supremely low.
S

dont get your hopes up. I highly doubt it will be a game for core gamers.
F

Remember when they talked about Miyamoto enjoying gardening?
C

Essentially the "has Miyamoto lost it?" decider here. Better be an absolute fucking cracker of a title.
A

the F2P game, I suppose
D

Jindujun said:
Remember when they talked about Miyamoto enjoying gardening?
Click to expand...

But we already have stuff like Gardening Mama.
M

Scrawnton said:
dont get your hopes up. I highly doubt it will be a game for core gamers.
Click to expand...

Yeah. It could have a connection to Iwata's "new type of games" statement.
F

Cool. I hope it's a full retail game and not some eShop thing.
K

They're finally making changes. The Wii U needs all the help it can get atm, so it's an excellent opportunity for Nintendo that Miyamoto's doing something new. With very thin third party support, they need those first party titles to be system sellers.
F

Jindujun said:
Remember when they talked about Miyamoto enjoying gardening?
Click to expand...

His last "new franchise" was Wii Music right? Let's hope it's less of that and more of a new awesome IP that Nintendo has been needing.
B

Smellycat said:
FPS that will rival Halo.
Click to expand...

I'm probably more excited for something in the line of some clever, disruptive game like Wii Fit than a more traditional character driven genre piece. Maybe that makes me a bad person
H

What hobby has he been doing lately?
M

Spiritual successor to Steel Diver and Wii Music, molded into a new franchise for Wii U.
E

Probably worth remembering Miyamoto does not consider "new franchise" to equate to "new characters".
P

Its bizarre how this interview just sort of... invalidates all the E3 ones he gave. Especially the "about time" bit. Just couldn't admit some gaijin rabblerousers were spot on with their criticisms of Nintendo's E3 showing but more comfortable with a japanese interview?

EatChildren said:
Probably worth remembering Miyamoto does not consider "new franchise" to equate to "new characters".
Click to expand...

Miyamoto: "I could make Halo"
S

Aostia said:
the F2P game, I suppose
Click to expand...

Scrawnton said:
dont get your hopes up. I highly doubt it will be a game for core gamers.
Click to expand...

Doesn't matter. Games get me excited, especially new concepts. And causal games can appeal to 'core' gamers as well.


EatChildren said:
Probably worth remembering Miyamoto does not consider "new franchise" to equate to "new characters".
Click to expand...

As long as Waluigi gets a new game, I'm excited ;P
J

schuelma said:
He has been teasing this game for like 3 years

Anyways, if I had to guess, I would say something taking advantage of NFC.
Click to expand...

I think it will be quirky and inventive, but not excite the masses. Swimming was his latest hobby no?
T

Do not get excited guys
S 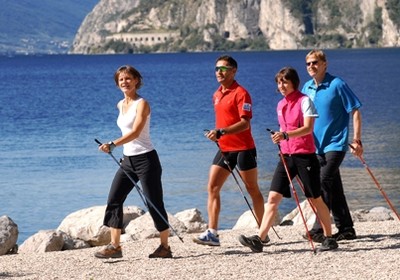 I'll believe it when I see it. Nintendo promises a lot these days and doesn't deliver.
You must log in or register to reply here.

Nankatsu replied
Nov 18, 2021
The Legend of Zelda made its debut on the Famicom Disk System, and 35 years later, the game is still a classic
Retro