It is the POST DISASTER ERA in this Gundam universe and it focuses on Tekkadan, a terrorist group of child soldiers who take contracts to undermine the current established world order, an economic alliance consisting of private companies and Ghallarjorn, the peace keeping force of this era.

Mika and Orga found Tekkadan, a private military zaibatsu who contracts military and security work out as a cover for their modus operandi which is to MURDER PEOPLE with hired CHILD SOLDIERS through familial conditioning. One brave soul stood up for human values and was against Tekkadan.

Sadly Orga caught wind of his discontent and arranged for his death to prevent a coup by placing him on the front lines to be killed on accident by the late CARTA ISSUE.

Biscuit sadly passed away from his wounds shortly after, on February 28th, International Biscuit day.

Tekkadan currently swindled a young politician known as Kudelia Bernstein and uses her as a figurehead and vehicle to justify their acts of terrorism. Their benefactor is McGillis Fareed, new head of Ghallarjorn, who used Tekkadan as a means to usurp power and take over Ghallarjorn, using Tekkadan as tools to fit his needs.

Because of Tekkadan, the current established order has collapsed and alliances have imposed sanctions on one another, causing a shift in power.

HOW THEY DO THIS?

Through the Gundam frames of the POST DISASTER ERA. These Gundam frames have a unique feature where they are modular and can receive constant upgrades as well as a docking mechanism. Each Gundam Frame has a ANIMAL MOTIF and a secret animal form transformation. 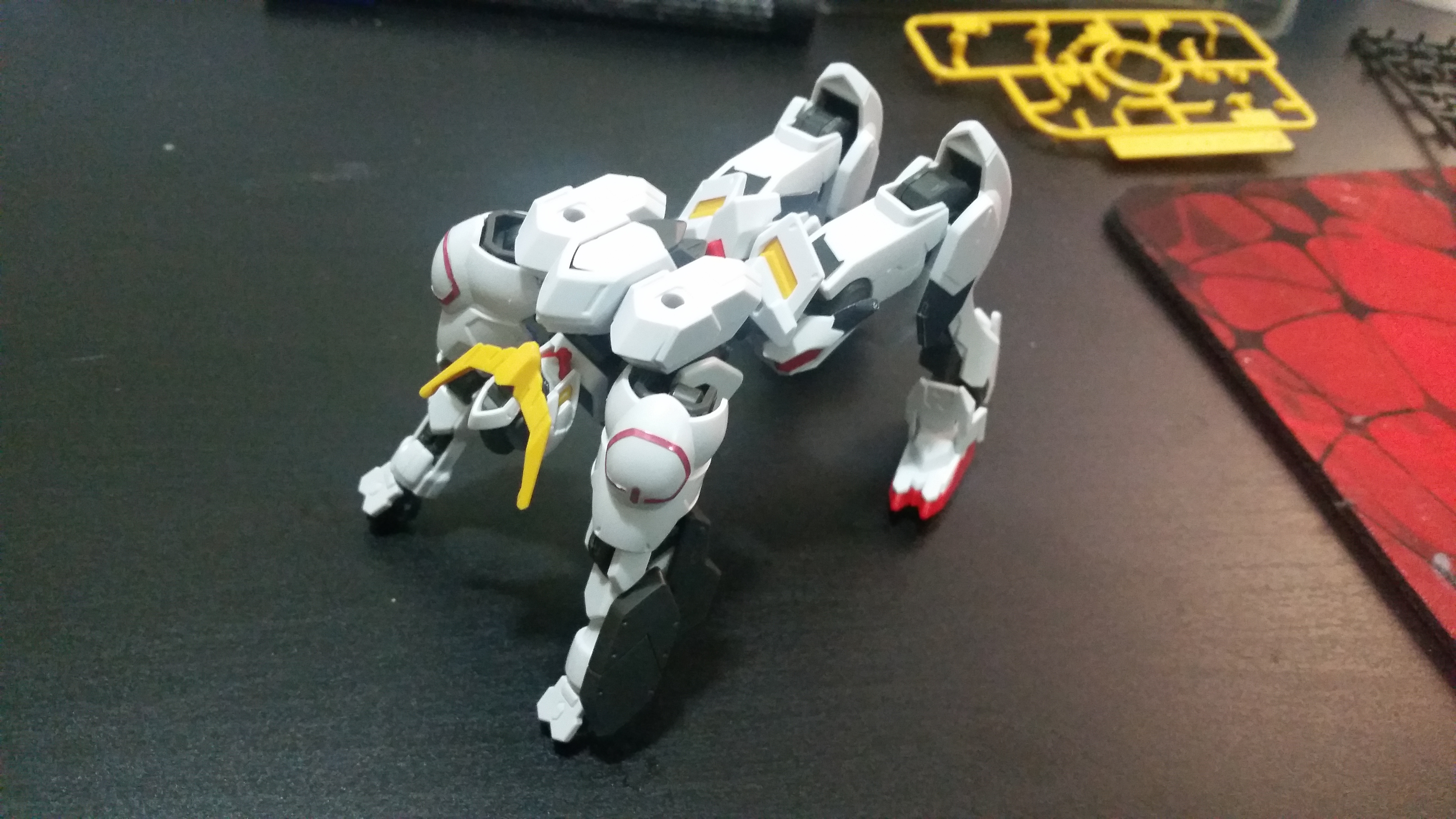 He now has upgraded Barbatos to add in a new animal motif, the Lupus. Barbatos now has a WOLF FORM, to accompany Mika's edgy murderer motif.

Gundam Gusion was originally motif as a TOAD FORM

but Tekkadan murdered the original company that owned them and remade Gusion into it's own image and gave it a... 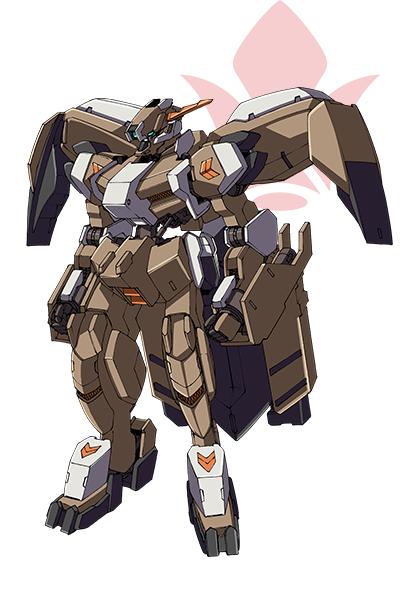 The currently missing in action Gaelio Bauduin's Gundam Kimaris is a unique Gundam as it was the few Gundam frames left with Ghallarjorn and is fitted with two unique forms, both a human form and a KENTAUROS FORM.

The Gundam frames also have a special mechanism called GATTAI, where they are able to combine and dock into each other into a Super Gundam mode.

HOW COME ONLY TEKKADAN?

Because of their terrorist actions, the world knows Tekkadan now for their violence and their use of animal frames.

As a result, the rest of the world developed new mobile suit technology with more mechanized and humanoid motifs to combat these animal frames and differentiate from Tekkadan.

Many more mobile suits have more motifs, check out season one to learn more... 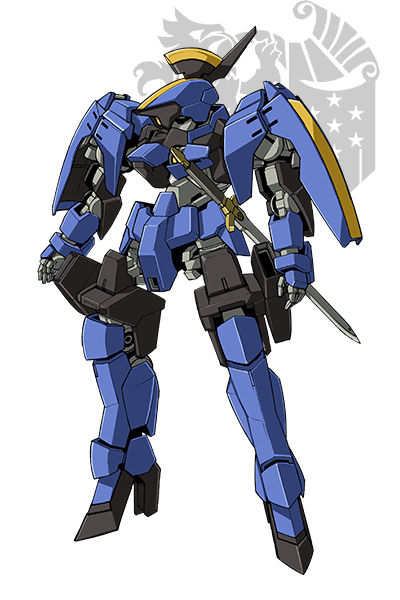 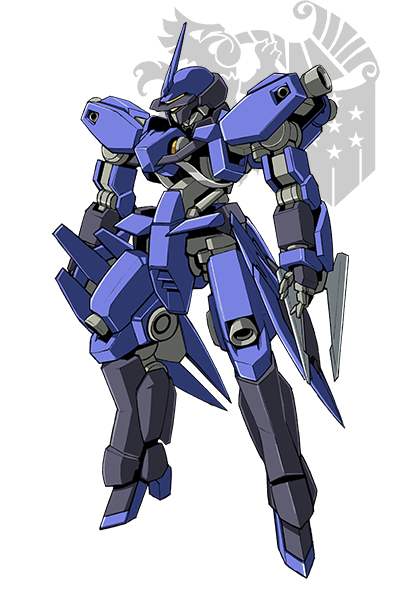 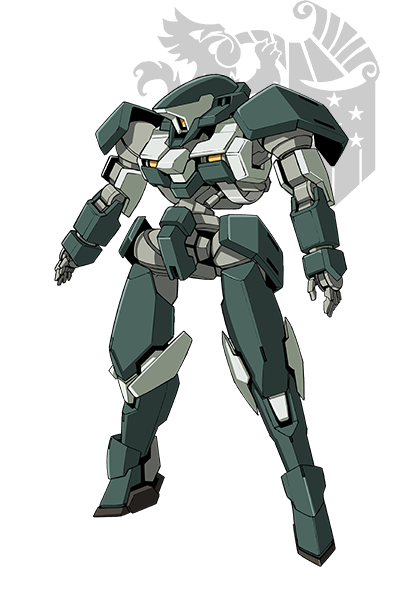 BUT WHY?
Well Tekkadan isn't really the protagonist of the series and the true protagonist, Gaelio Bauduin, is currently missing in action after being betrayed and left for dead by grade school loving McGillis, so Tekkadan, act as the main focus until Gaelio comes back. 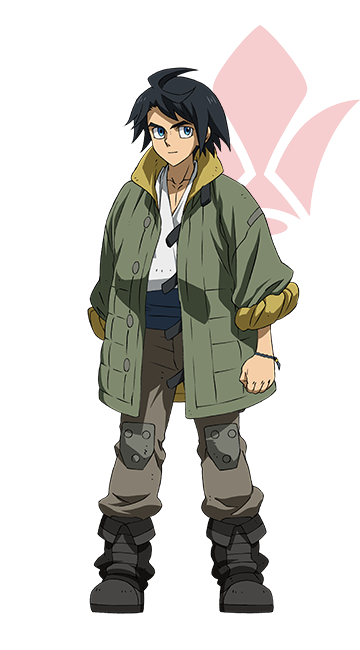 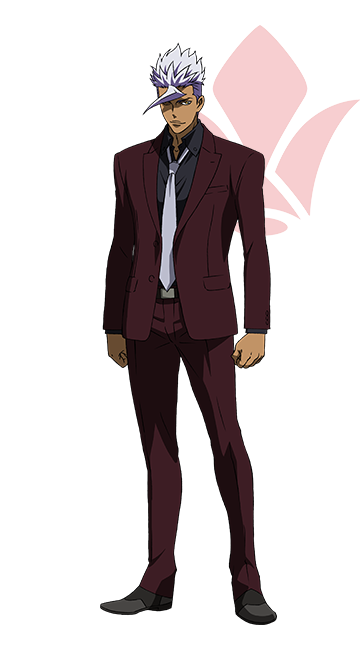 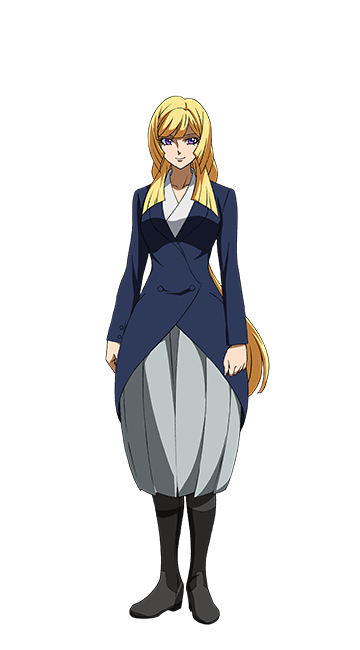 WHAT WILL SECOND SEASON 2 COVER?

Tekkadan came back to Mars to bathe in the money they make from their job. They plan out a new heist. Kudelia founded a startup company called the Admoss Company, named after her late friend Fumitan, once again hires Tekkadan to investigate into what is going with her shipments, anticipating conflict with new enemies. Gaelio is still missing in action.

Now you are refreshed on Gundam Iron Blooded Orphans and is ready for SEASON 2.

For more information please refer to the previous thread.
http://www.neogaf.com/forum/showthread.php?t=1118034

Hyped for it.
T

Hopefully they make this half actually good.

I'll be watching it for the 2D mecha at any rate, but i'm not really expecting much else at all.
K

im ready for more godmode waifus getting drilled and surviving
A

When the final episode of this season airs, know that I have predicted that Shun's OT would be more entertaining and would have less bullshit than the final battle.
D

Is there any chance we'll see a Dolphin Form Gundam? I'm new to this franchise and don't watch cartoons much, but I really like animals.
M

Wait, did they mention that Gaelio is only MIA after S1?
B

Oh man, so glad this is coming back. My wife though that I was crazy when I started screaming buiscit.
S

MegaPanda said:
Wait, did they mention that Gaelio is only MIA after S1?
Click to expand...

duckroll said:
Is there any chance we'll see a Dolphin Form Gundam? I'm new to this franchise and don't watch cartoons much, but I really like animals.
Click to expand...

Last season went in an... interesting direction at the end. I'm excited for this season just to see where the hell it goes lol
N

Time to switch to my Mika ava soon
I

Good OP, but I'd also liked to have seen you explain that how Orga is actually just a puppet and that Mika is really the one in control.
D

I agree with this title! Fuck Mika!!
L

Is Gaelio seriously not confirmed dead after season 1 ending? I can only think that McGillis purposefully let him live and only capture him then. Probably locking him up in a dungeon and forced to watch video of McGillis wedding or something.
T

Gaelio is going to be the masked man of the season. Mark my words!

Super excited for this, wonder how many episodes there are.
T

There will be rainbow beams this season. Book it.
M

And choco Char is the best char lol. He actually fulfill his loli dream.^~^
O

Aw yeah, gonna follow this shit hard. Hopefully it keeps the quality that season 1 had.
A

I dropped this after 10 or so episodes in, but reading the wiki this mcgillis guy is a one backstabbing manipulative pedo bastard huh? lol
S 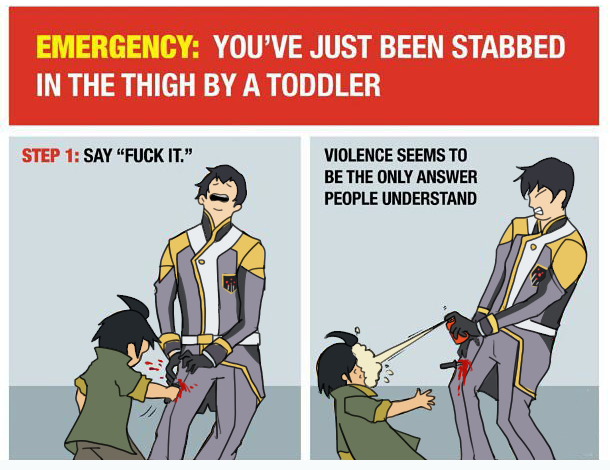 But has anyone actually thought of the children this time?
T

Gaelio coming back as this season's Ein?

"Let's just stick his brain into his rebuilt Gundam!"
F

Shit, I just finally started getting into S1 and I'm like 9 or 10 eps in. I really need to marathon the rest of this hard.
D

So does anyone know what episode the Dolphin Gundam will appear in? It looks so cute! Thanks for keeping us all updated on the latest developments Shun!
S

The more off the rails a Gundam gets, the better.

I want Gaelio back so bad...
(he got done dirty.)
I can't wait for this space soap opera to start back up.
E

So is it time for beam laser and beam saber yet ? I need more flashy explosion.
D

duckroll said:
Is there any chance we'll see a Dolphin Form Gundam? I'm new to this franchise and don't watch cartoons much, but I really like animals.
Click to expand...

duckroll said:
So does anyone know what episode the Dolphin Gundam will appear in? It looks so cute! Thanks for keeping us all updated on the latest developments Shun!
Click to expand...

I can only say so much before Bandai and Sunrise come for me. 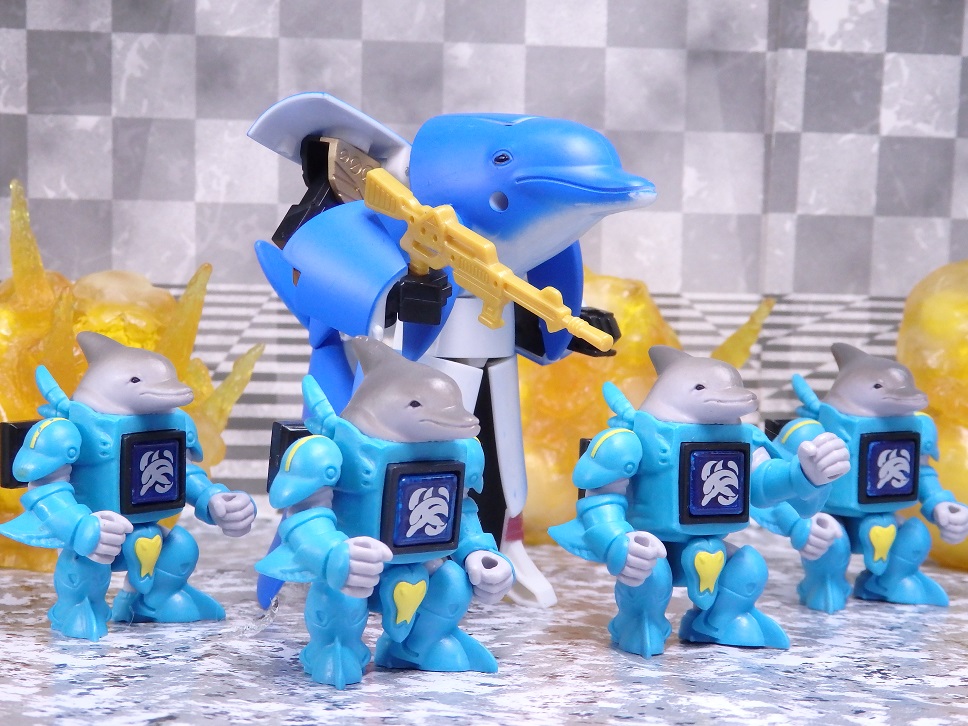 Now we know who actually picks Kudelia clothes for her. She herself has no fashion sense.
M

Looking forward to dropping this six episodes in wooooooo
G

One of my last year favourite! Can't wait for more IBO!
R

Shun said:
I can only say so much before Bandai and Sunrise come for me.

Rynocirator said:
Hopefully Orga does something badass this season if hes going to dress like that
Click to expand...

Turn into a psychopath probably.
M

Totakeke said:
Now we know who actually picks Kudelia clothes for her. She herself has no fashion sense.
Click to expand... 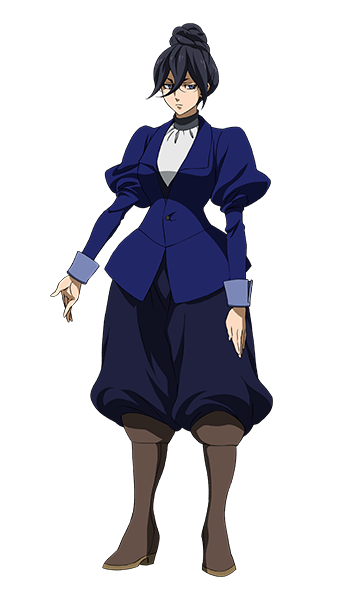 That image works for everything.
R

This is a competent and very informative OP. Extremely accurate.
B

I didn't even know about this, holy shit. Season one was great, definitely plan to watch this. It's not going to be on CR this time though? :/
H

So what animal form does the Gundam Astaroth turn in to?
You must log in or register to reply here.

The Sum of Zero replied
Tuesday at 6:14 AM
SD Gundam Battle Alliance unleashes its second batch of Mobile Suits and Characters in a new trailer