My adventures at a crazy but not so crazy McDonald's

Mudkips said:
That's like a 10 minute walk, tops.
Click to expand...
Well it's hilly. I don't know. I've timed my self before. It's at least a 45 minute roundtrip.
H

There's a McDonalds like this in my hometown. I'm not sure if it's still that way but I'm guessing it is.
D

Next time you go back, it would be cool if you took a quick video of some bags flying by.
P

DarkFlow83 said:
Next time you go back, it would be cool if you took a quick video of some bags flying by.
Click to expand...
Yeah that's one thing I regret doing. I usually carry a minicam with me in case anything crazy happens but I wasn't expecting a McDonalds to do this. I'll be going there on Friday so I'll bump the thread up with a video when that day comes. Maybe I'll also play some video games.
J

roosters93 said:
For real? Why aren't they set up like the rest of them?
Click to expand...
One of the ones I went to was in a huge building, and the drive through was just really far away from the main front part of the restaurant, so they clip the bags on the conveyor and away it goes.
C

I seem to remember one of those conveyor belt set-ups at a McD's in suburban Chicago.
C

Pretty stoked about those videos.

The belt moves a lot faster than I expected.
P

I was going to record up front as well so I could capture employees hooking up the food but I was told not to record. lol
P

They used to have HUGE ASS N64/Mcdonalds billboard ads in LA. I remember one specific ad and it was basically a huge billboard with Majoras Mask and it said "PLAY AT MCDONALDS EARLY SNEAK PEEK" or something and I think they had got a demo for the game early and you could play it there.

That is crazy though, does nintendo still send them replacement controllers/consoles or games?

Those controllers can't last that long....Maybe they have a stockpile in the back room or something.
D

I used to go to that Mcdonalds sometimes after class. Pretty cool place to chill.
J

The Mcdonalds on International Drive in Orlando that is two stories is cool. Or at least it was when I was younger. They had pizza and the second level was an arcade.

Yeah the one near me recently got a 360.

wtf man I wish my mcdonalds had had game consoles back in the day! woulda rather done that then slosh around in shit filled ball pits.
S 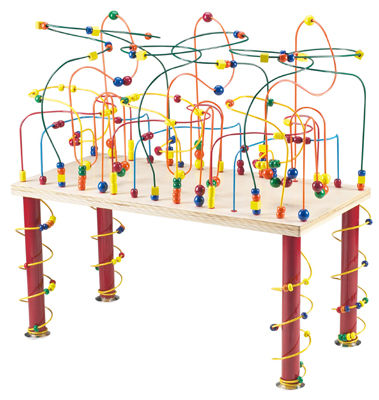 Click to expand...
What were the point of these? They always seemed like a maze with only one way to go.
R

One of the McDs about 5 mins away does the conveyor, it's just to bring up stuff from the front to the back for takeout.