First of all, I played DG two years ago on PS4 Pro. I lasted about two hours before shelving it and deciding to wait for PS5 version (or PC version, but back then I did not expect it to come). I could not stand the low framerate and input lag and didn't want to have a diminished experience.

Now, having played little over 20 hours of the the game on following PC:

I am glad to report the game is, at least so far, incredibly enjoyable for me. I spent most of the weekend playing it, exploring its wonderful portrayal of semi-fictional Oregon. I am playing on "Survival I" difficulty, which hides HUD and disables fast travel. So far I do not regret choosing this difficulty, mostly because I prefer uncluttered UI and driving a bike in this game is a joy.

- the way Deacon controls, animation work is incredibly smooth and responsive, gunplay is awesome
- biking and how upgrading the bike feels meaningful
- graphics and atmosphere, dynamic weather including snow
- non-cringe story and characters (for the most part)
- hordes feel and are dangerous as hell and demand proper respect

- open world events like saving random NPCs is too "ubisoftish" with the same character models and dialogue repeating
- The XP summary screens after finishing a mission are gamey as hell and unnecessary
- the hints keep appearing and annoying me, with seemingly no way to disable them


The PC port seems brilliant, at least in my experience. I am playing in 2880x1620 downsampled via DSR into 1080p (playing on plasma), very high preset (which is the highest). I never saw the game dip below 60fps and it just controls awesomely, especially compared to laggy Pro version. I had zero noticeable bugs and zero crashes so far.

Sony Bend did a great work with this game and its PC version. I look forward to playing more and will update the post after I finish the game with my final impressions. But I already hope many more PC gamers buy this so that Sony greenlights that sequel eventually. 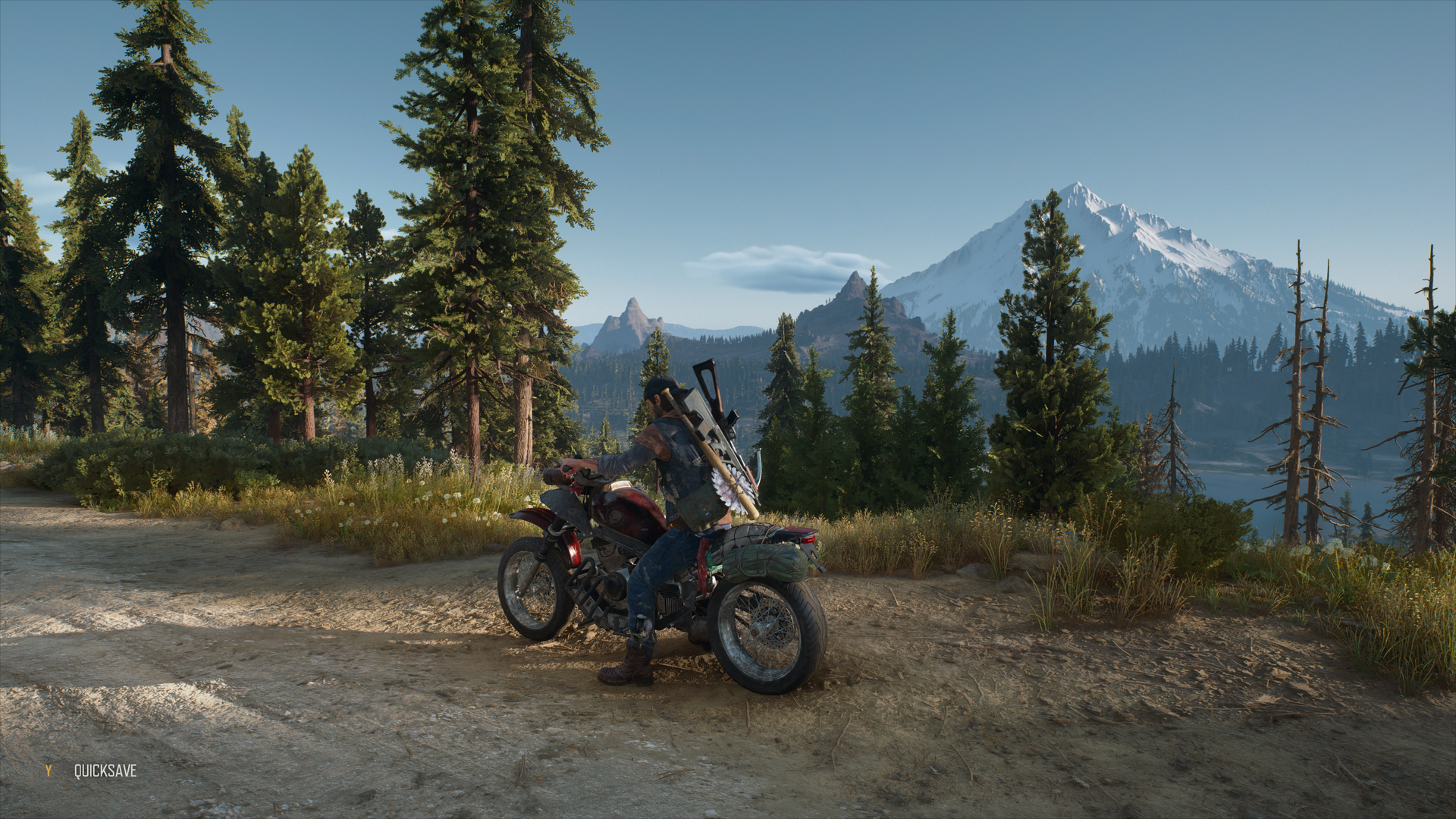 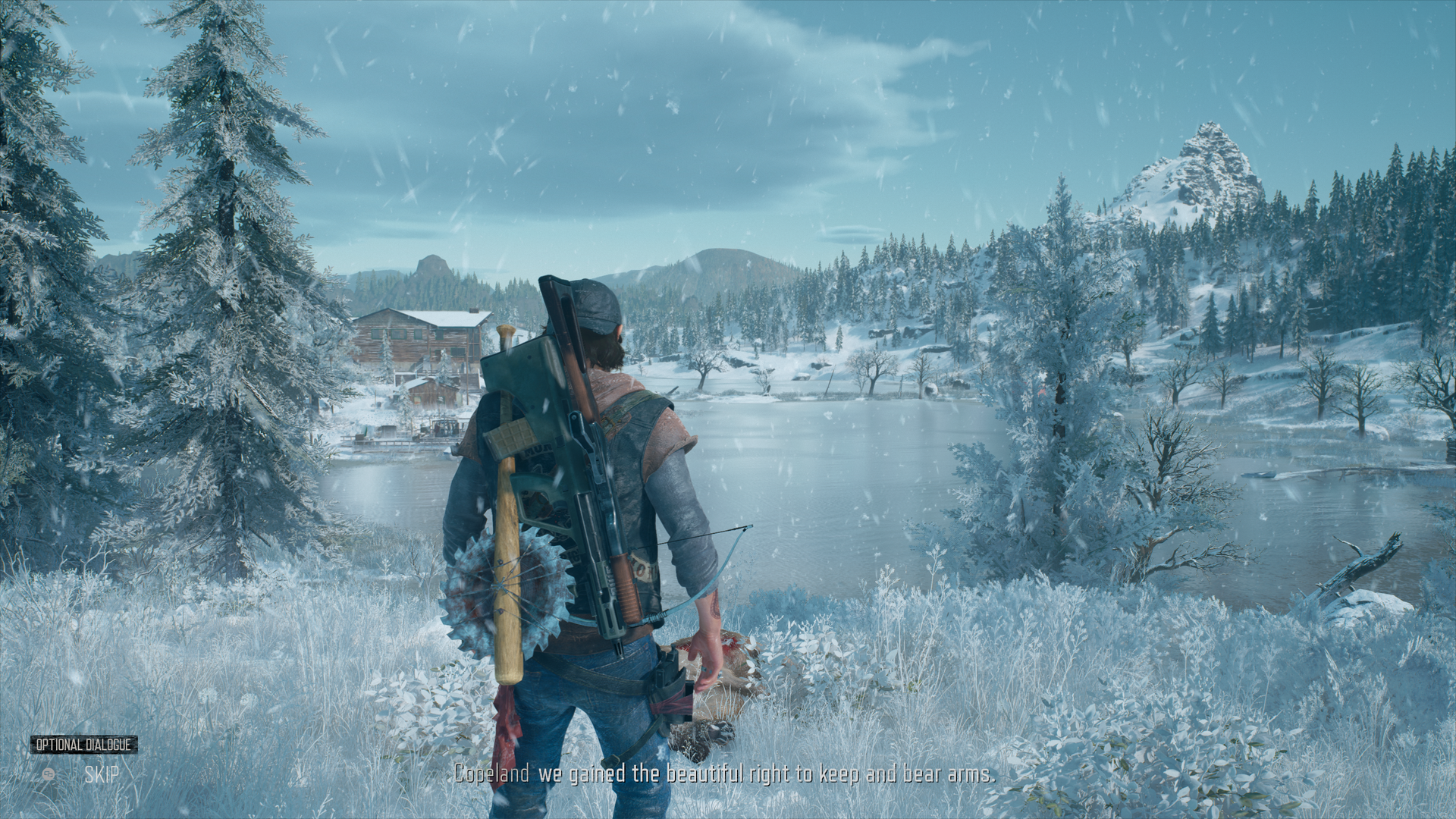 It just looks so generic though. I am willing to try it when it hits a sale.

Good port, but I couldn't get into it. It seems very designed-by-committee.

Wouldn't mind something like it minus the bike bullshit, with actual zombies and a protag that is smart enough to have pockets and a backpack.

It's a fantastic game in its own right, especially when you remember/know that this is the teams first REAL console game, so I applaud them heavily for it. Yeah it launched buggy, but they fixed it in time and more than made up for it imo.
Really disappointed it might not get a sequel cause it fucking deserves one.
Reactions: Memorabilia

honestly, the gameplay itself takes a second to become interesting, it's really the interaction between all the various elements and the creativity with problem solving they make possible that makes it fun. there have been moments that are kind of zelda-botw-lite-with-zombies. you get so many tools to fuck around with. it's quite fun.

they just take waaay too long to unlock, and for the most part you're barely punished for running and gunning, at least up until you encounter the horde mechanic, which even when you can deal with it is oddly tense and exciting. but there's definitely been cool emergent moments where you're having a big fight with a camp and it's gone to shit and oh no is that horde music playing, and here they come running over the hill because you dumbasses made too much noise. suddenly you're in a mexican stand off with zombies and rival drifters. can also do very enjoyable things like kite zombies to have them do your dirty work for you, etc.

what i weirdly like though is the story, genuinely really really enjoying it so far lmao. on the one hand it's quite stock, on the other it's like a really decently told zombie TV show whose characters are what make it enjoyable. the main character is kind of a cunt, but by god he's your cunt, and his steadfast dedication to being a distant, aloof, anti-social biker shithead is inspiring. i'm only half joking, it really is rare to see writers be like "look, he is a dick" and not change that for the sake of a cheap increase in likability. im genuinely rooting for this asshole now, and stuff happens that's like... satisfying even where it isn't wholly unpredictable.

the way the game drip feeds storylines and makes you jump around different styles of story mission and between hubs keeps everything fresh and well paced, like a leisurely, meaty TV show.

enjoying it a comical amount more than i thought i would, to the point that i'm very glad it's as big and long as it is.
Last edited: May 24, 2021
Reactions: Kuranghi, Memorabilia, Stitch and 2 others

RoboFu said:
It just looks so generic though. I am willing to try it when it hits a sale.
Click to expand...

RoboFu said:
It just looks so generic though. I am willing to try it when it hits a sale.
Click to expand...

I mean, it's an open world zombie action game. It will never be a paragon of originality. But it's not "generic" in a way ubisoft games are generic. DG has a bit more soul, and the execution of its unoriginal theme is great.

And I got for half the price - 35 euros - before launch, on official authorized store, so that's nice. No need to wait for a sale.
Last edited: May 24, 2021
Reactions: Memorabilia, Stitch, Rikkori and 1 other person

I can't believe I used to applaud Ubi for new IPs and ideas. Now a Ubi title is an instant 7/10 for me. They all are better than average but generic as hell.

It's very good but the sound is ALL fucked up.

And Deacon talks to himself too much. Just STFU.

It's better than what I thought and I had access to it via the Plus Collection.

No regrets so far.

Liar. If you really had my data you'd be talking to the FBI, the UN and the FDA right now.
Reactions: Kilau

Good review. I played it on the Pro and thought it was a really fun game. Great atmosphere especially at night which always felt very dangerous.
Reactions: Kuranghi

Wasn't this overblown drama? Devs mentioned it in patch notes though, so maybe it will get turned down.

mr.dilya said:
And Deacon talks to himself too much. Just STFU.
Click to expand...

I found this somewhat refreshing. Deacon talks a lot to himself and emotes a lot, more than most game protags.
M

Needs a sequel. Pull your head out Sony.
Reactions: Fake

Memorabilia said:
Needs a sequel. Pull your head out Sony.
Click to expand...

Bend are working on a new IP of their choosing so they have their hands full at the moment.

Good port, but OMG that story is boring and cliché.


Bouhou my wife died, and of course she was biologist because OF COURSE she was working on plants that are responsible of the virus.
AND OF COURSE IT TURNS OUT SHE'S ALIVE, I'm gonna be so shocked when the revelation comes...
I'm still at the beginning but this is so obvious. Maybe I'm wrong but I don't think.
Gameplay is ok, nothing crazy but it does the job. The rest is passable, and I can understand why Sony didn't greenlight Days Gone 2.
I'd rather see Bend Studio on something new.
Last edited: May 24, 2021
Reactions: Krappadizzle
You must log in or register to reply here.

Sep 7, 2021 started Hydroxy
Sunday at 8:37 AM
Freeman76
2
Ex-PlayStation boss doesn’t think Sony will ever do day one PC releases