Become the hero of Gun Gale Online in the latest game of the Sword Art Online franchise in Sword Art Online: Fatal Bullet for PlayStation 4, Xbox One, and Steam. Step into the versatile landscapes and environments of Gun Gale Online. Experience an original story supervised by series creator Reki Kawahara that unfolds and changes based on the players' choices and interaction. Play as the protagonist, battle against opponents using new weapons and further customize gameplay by creating skills and abilities. Interact with characters from the Sword Art Online original novels, anime and previous games as you navigate a world that is vastly personalized and visually enhanced. As an action based RPG, gun battle plays a large role unlike previous games, with unique and realistic designs resembling something out of a sci-fi movie and numerous other weapons and fighting styles to choose from. Stunning visuals also accompany this game thanks to the power of the Unreal Engine 4, which lends realism to the textures and materials, further immersing the player into the dynamic world. Full dive into Sword Art Online: Fatal Bullet.

remember the teaser Bandai Namco posted with #Projekt1514 made by Dimps? It turned out to be a new Sword Art Online game

Following a teaser trailer earlier this week, Bandai Namco and Dimps have announced Sword Art Online: Fatal Bullet for PlayStation 4, Xbox One, and PC. It will launch worldwide in early 2018.

Watch the announcement trailer below (MP4 here). View the first set of screenshots at the gallery. Visit the official Japanese website here.
Click to expand... 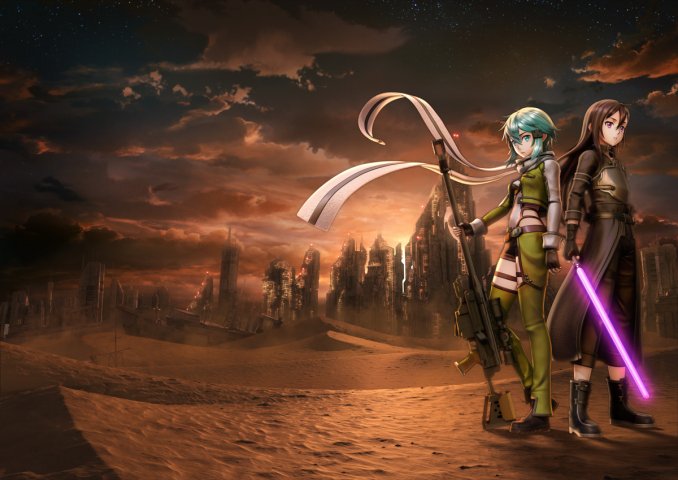 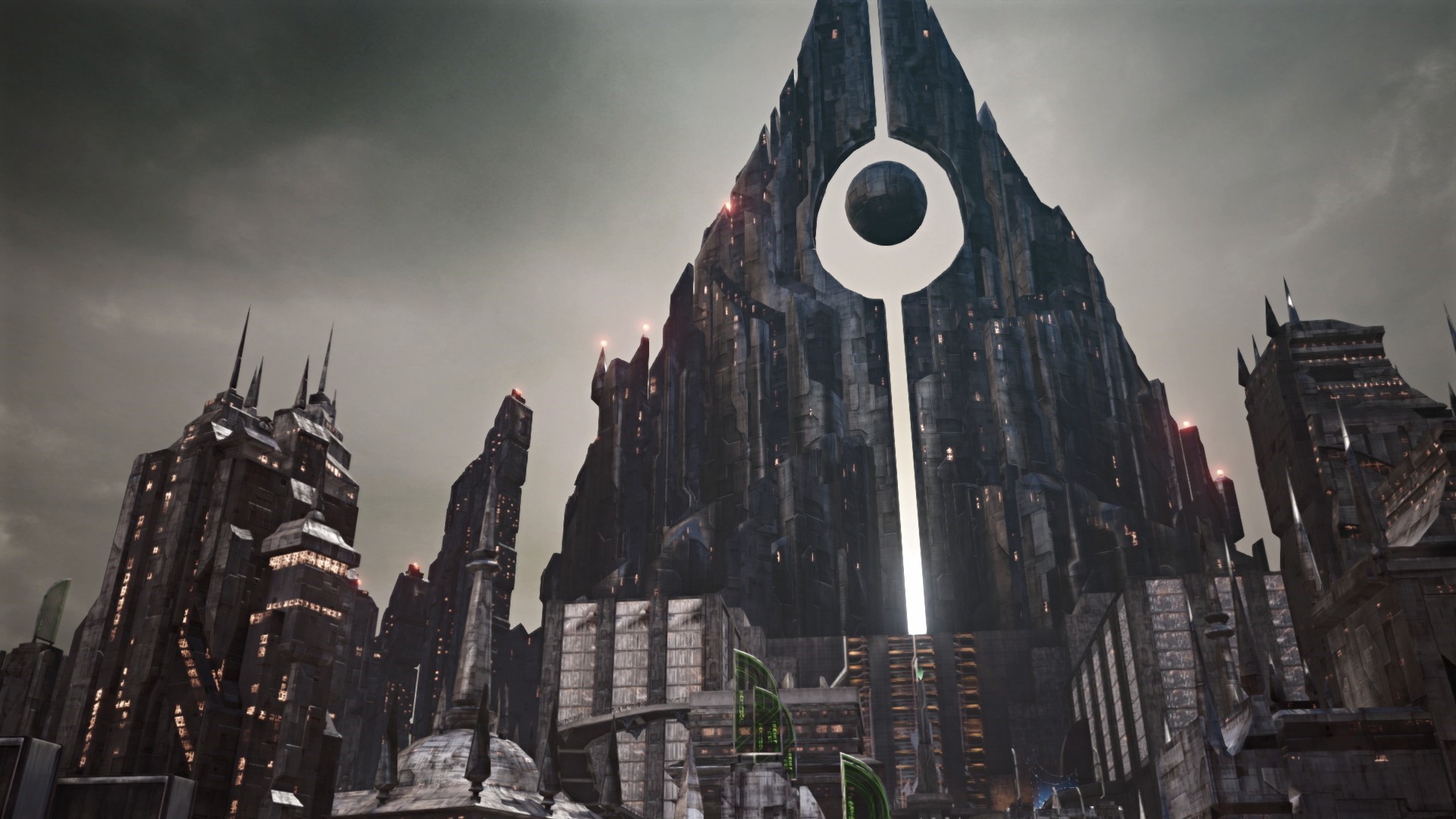 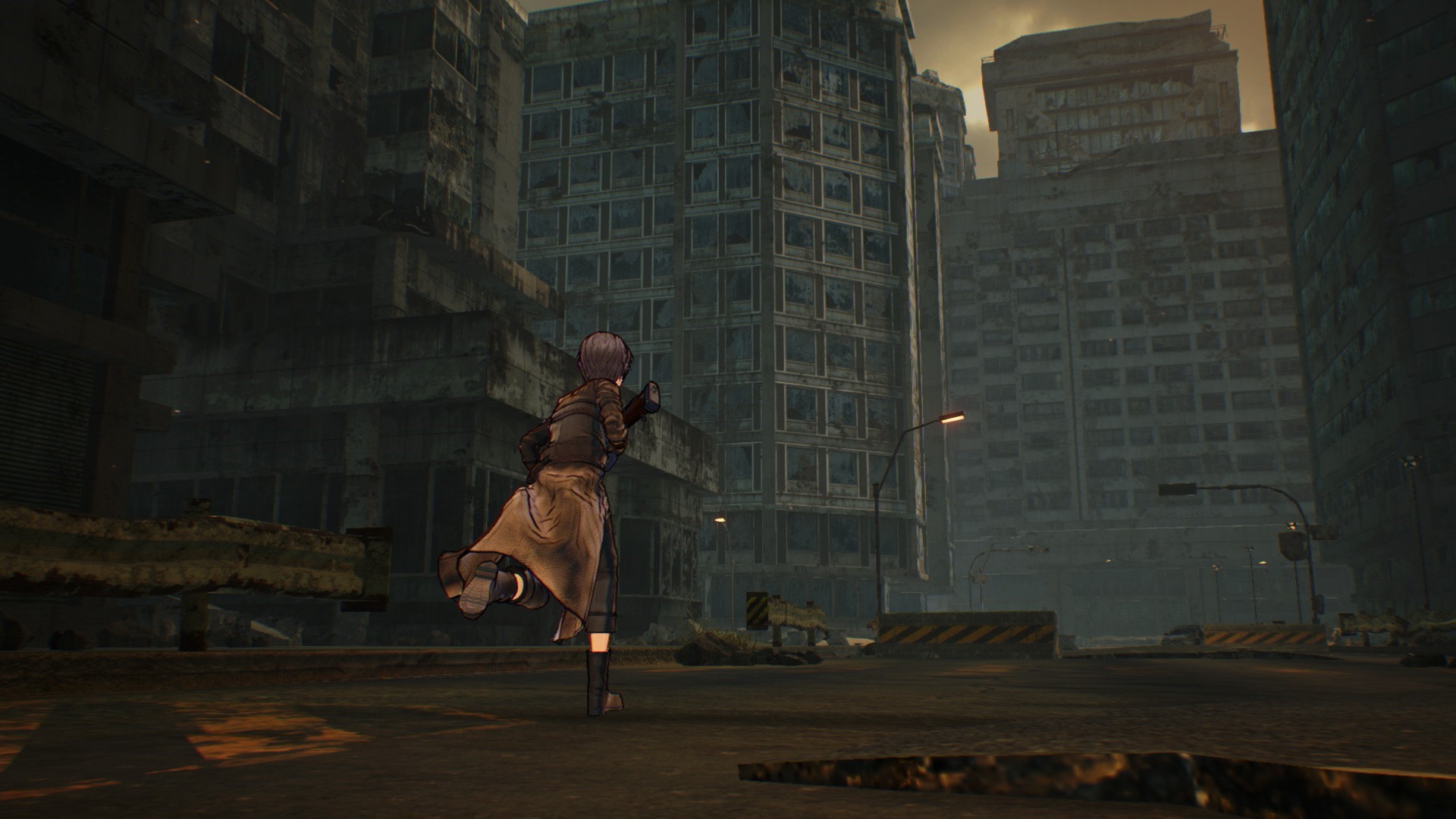 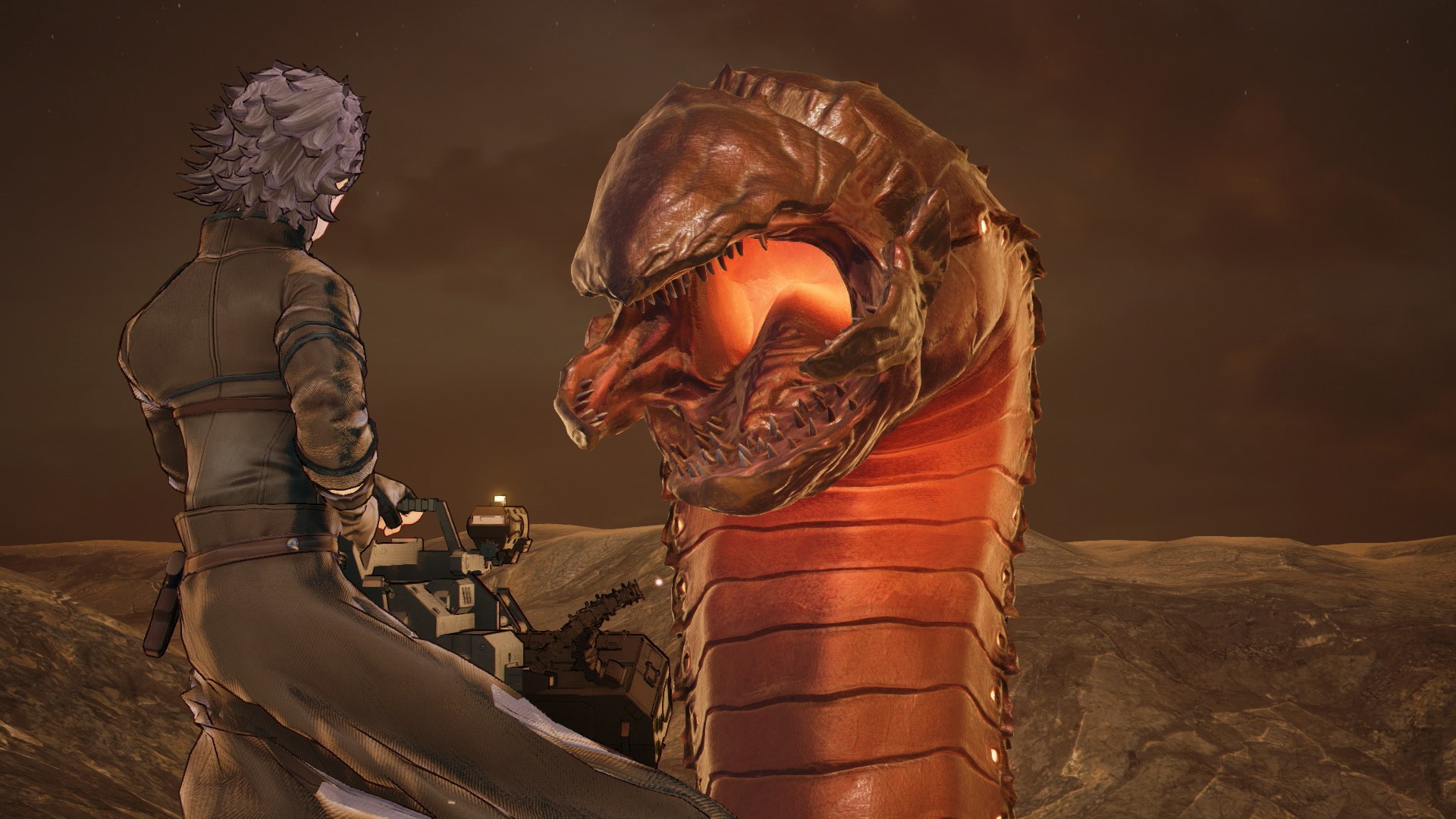 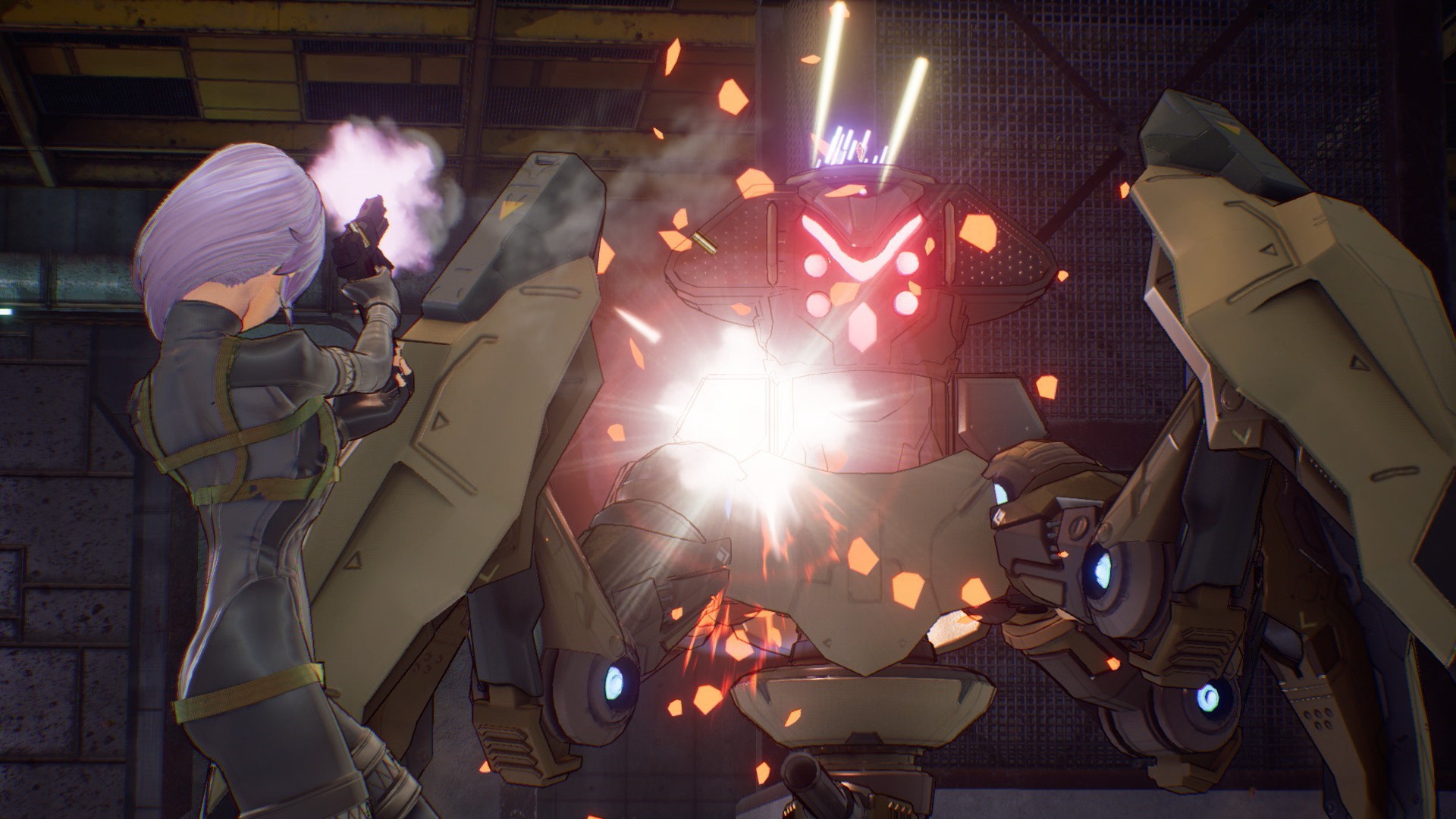 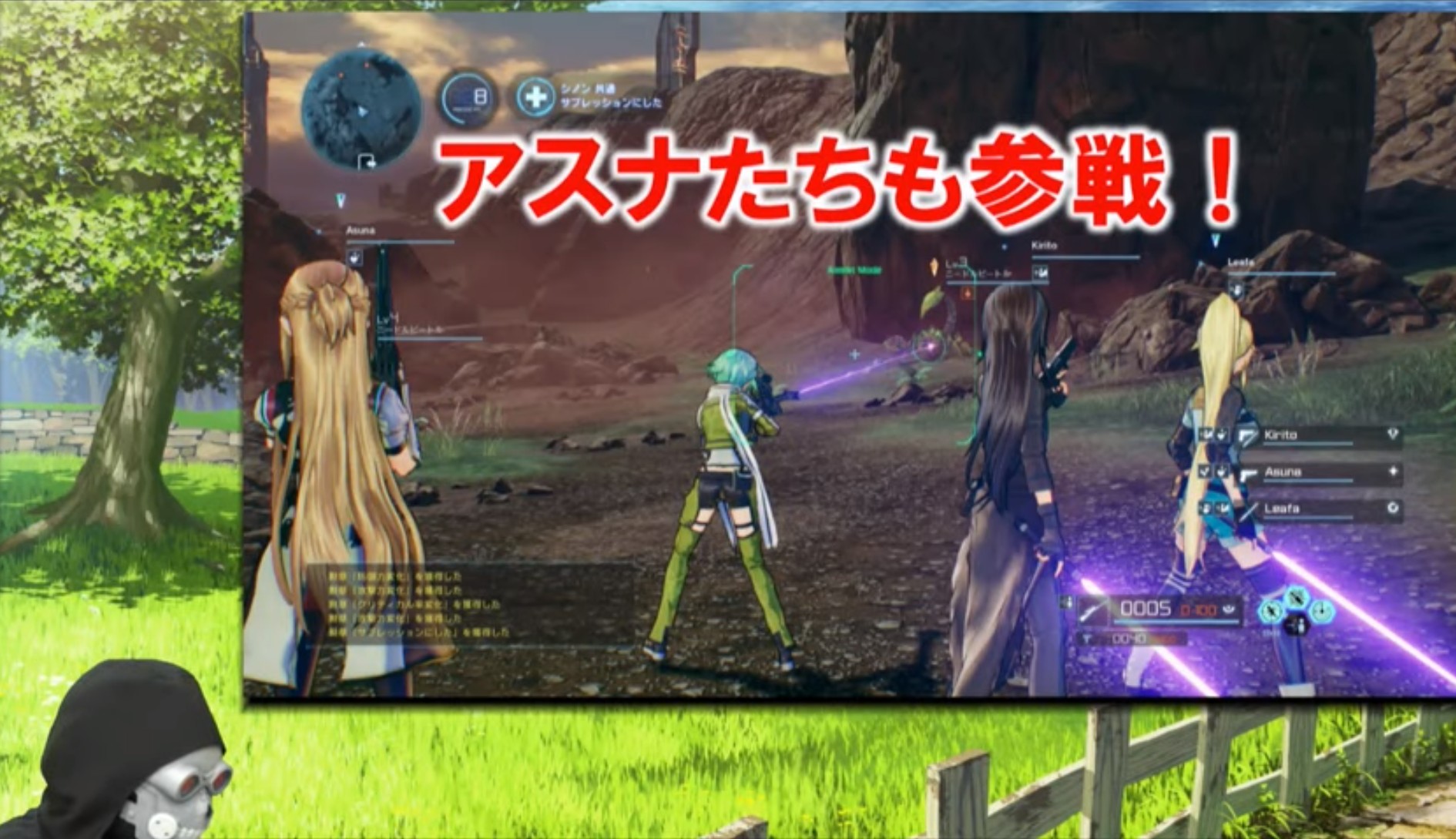 Video is unavailable.
A

How many anime videogames has Namco going on right now? 8?
D

Honestly didn't think it was that from the initial teaser.
O

So gun gale the video game? And if I was to take this rep further it might be the first "AAA" battle royal game.
R

AcademicSaucer said:
How many anime videogames has Namco going on right now? 8?
Click to expand...

Not enough, as long they're based on the right animes.

This might be a battle royale game? Shit, that peaks my interest.
S

Wasn't this supposed to be revealed at the October event?
G

sinonobu said:
Wasn't this supposed to be revealed at the October event?
Click to expand...

It seems so. I wonder if the game (if it's the Gun Gale setting) will have shooter and melee combat, or something else (did not make it in time to watch the trailer)?

Also, this will be the Japanese website, so the subtitle is probably two words starting with F and B: http://fb.sao-game.jp/
R

I just remembered something important. Dimps was involved with the development of Freedom Wars. Hopefully this is on par.
P

RetroDLC said:
Not enough, as long they're based on the right animes.
Click to expand...

It's SAO. You couldn't pick a more wrong anime.
R

Also, this will be the Japanese website, so the subtitle is probably two words starting with F and B: http://fb.sao-game.jp/
Click to expand...

From the trailer narration it seems like "Fatal Bullet"
T

Also, this will be the Japanese website, so the subtitle is probably two words starting with F and B: http://fb.sao-game.jp/
Click to expand...

Will chortle if they spell it fantom bullet instead of phantom bullet.
S

Ah, I didn't have my sound on.

If this has a Battle Royale mode count me in lol.
L

raven777 said:
remember the teaser Bandai Namco posted with #Projekt1514 made by Dimps? It turned out to be a new Sword Art Online game 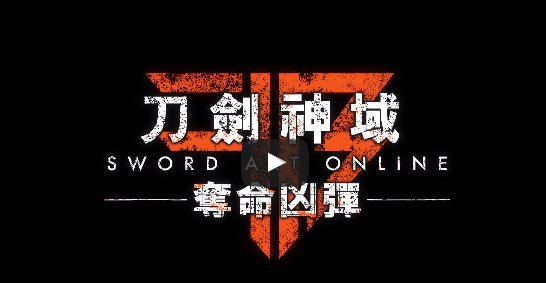 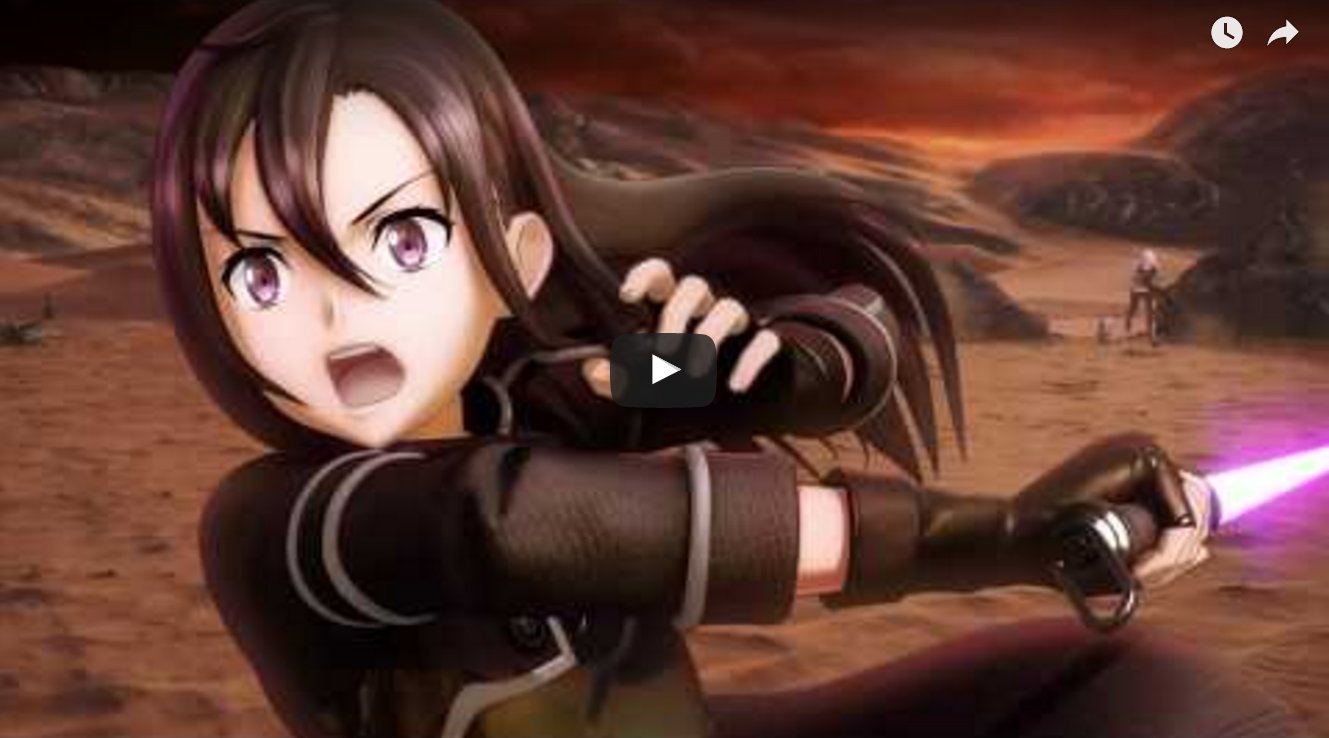 If that's in game footage, the holy shit cause this has to be the first sword art online game with a pretty good production quality. Also Japanese tps, sign me up!
C

XB1 got their Japanese game!
C

Kinda looks like they took Freedom Wars, slapped a current-gen coat of paint on to it, and called it SAO.
S

And here I was, thinking it could be something not-terrible.
R

A decent GGO game? Could be all over that.
A

Did the trailers get snuffed?

If gameplay is good ill get it on steam
R

I don't know how I would feel about a GGO that isn't a large open world.
R

DMONKUMA said:
Did the trailers get snuffed?
Click to expand...

they keep deleting the video. Updated with mirror video. (Don't know how long it will last..)
G

Here comes the cheapest battle royals game. Not so confident.
A

why are some of you guys calling this a battle royale game? I don't get it at all.
K

Wow. Finally a GGO title. Little sad they never tackled that arc on Vita, but I'm so ready for this.

I have a strange love for the SAO games even though they're cheap and janky. I'm expecting this to be the same (especially given Dimps) but I kinda like that.

I think I should use this as an excuse to complete my watch of SAO 2.

Aww yiss. The GGO game ive been waiting for

I hope this has better multiplayer features, co-op campaign would be dope. I guess co-op would get in way of the dating part though.
Reactions: Nitsua16
M

XB1 get SAO game?
>check the trailer
Shooting is the main part of the game this game, i guess that's the reason lol.
N

The Phill Spencer effect.
A

Not a fan of the GGO arc (wasted potential, the first episode was great and then they shoehorned Kirito back in), but after Hollow Realization was so dull I don't really want another Aincrad style game again. This looks a bit like Freedom Wars and that was pretty cool, so fingers crossed.
S

Can't wait to buy this one, play half of it and not finish like every SAO game I've bought.

Kudo said:
I hope this has better multiplayer features, co-op campaign would be dope. I guess co-op would get in way of the dating part though.
Click to expand...

Technically speaking, there was only Sinon in the anime, so....

What's next a Fairy Tail game funded by Bamco? Maybe another Bleach game since we're going with incredibly bad and worthless anime/mango suggestions.

That would be awesome...


Actually surprised they replaced Vita with XB1. Switch would be a better fit for a game based on an anime...
D

Yea, I know very little about SOA but first thought reading Dimps was Freedom Wars. Would love more in that vein
L

I do kind of wish the visuals went for the aesthetics of something like Dragon Ball FighterZ and Ninja Storm 4 though, the way how the art and shaders look in those games make it look like you're playing an anime!

EDIT: After looking at the new gameplay video I think the aesthetics work really well with the game! Awesome!

SA:O started off as a really solid anime. Season 2 also started well but then once the killer shooter guy was defeated it all devolved into the same old tropey harem waifu anime fanservice bullshit that pollutes too much modern anime.

If this game sticks with the premise of the first third of SAO season 2, I might buy it.
2

Hope it's better than the grindy games that came before. Stopped being hyped by SAO games even if I love the anime.
You must log in or register to reply here.

|OT| Sword Art Online: Alicization Lycoris |OT| The true alicization is the friend we made along the way