Community Clickbait Cringe NEOGAF Is a forum...but What Is a forum?

Forums are any of a number of places that spontaneously burst into flames. For some reason people enjoy congregating around these hot flames and contribute something know as a "post", which is a unit of measurement equal to five gallons of kerosene. Posters end up being extremely stupid because of brain damage from excess heat and burns.

The official languages of modern forums are leet and Stupid English.
Forums are home to a lot of idiots. Here you can find a helpful guide on how to identify them. Warning: This is only for high quality forums, which are still pretty low quality overall, but high by comparison. For low quality forums, see idiots and perverts.

The Soulless
People who join the forum for no reason and don't even post. Why? Nobody really knows. Probably because they are idiots.

The Spammer
The spammer is a weed that grows in most forums. They are the lowest part of the food chain and are common food among moderators, administrators, and trolls.

The Troll
The most common forum member. A single-celled organism that makes up 90% of the active population of forums. They like to grow on spam topics, and when no spam topic is available they make their own. Trollism is highly contagious and making fun of them not only increases it's deadliness but also can turn you into one. The best solution is to ignore them, which will cause their life force to run out and die. In severe cases, a ban could be required, but if it fails then natural selection will take over, and you dont want that. Or worse, the banned trolls will come back under a different username.

The Noob
Assumes that since he is new, no rules apply to him. They seem to think that its the law to use intentionally bad spelling. Often used as target practice, and a host organism for trolls.

The Forum Owner
A faceless administrator who owns the forum. They only ever post in the locked announcements forum and nobody likes them. All that is known about them is that they make really bad choices for admins and mods.

The Administrator
Ban-happy absolute dictators. They have a burning desire to kill everyone and everything, and somehow fail to kill trolls. Only wannabe moderators actually like them, the rest all get their topics locked and banned. They can troll all they want, because they have the power to do so. Everybody beleives everything the administrator says, without the slightest bit of proof or reason.

The Moderator
Same as the Administrator, but they are rarely seen. When they are, moderators they seem to think they have equal power as them and act pretty much the same. Like admins they can troll whenever they want without facing consequnces, and the ignorant forum members beleive everything he says regardless of having a single ounce of proof or evidence.

The Average Left-Winger
Idiots who go around the forums praising their lord Obama. The only things they know about anything political is:

Nobody even told them that hes not president until 2009, or even that politics are retarded and they shouldnt be wasting half their life away talking about them. They seem to think that their slightly better grammar is a sign of clear superiority to the average right-winger.

The Average Right-Winger
More politician idiots. They know a shocking 4 things about anything political, including

Like the left-winger, nobody told them that he isnt president until 2009, or that politics are retarded. They usually have bad grammar.

The Stupid Atheist
These guys are always running around talking about how smart they are for being an atheist. They enjoy pointing to some form of nonexistant science, like how it was scientifically proven people don't have souls. You remember that study, right? At least most other groups have some friends, but no one likes these guys. They love blaming everybody for "shoving religion down their throat". And of course fighting off those crazy Religious Lunatics everywhere, who are determined to take over the world.

They sound suspiciously like the same people they keep blaming everything on, especially with the shoving down your throat part.

Whats that? You're an atheist too? Clearly you arent. I bet you're just one of those religious types! You're lying so you can try to take over the world! But I wont let you!!!

The Religious Lunatic
Evil overlords who were originally everywhere until the invention of Myspace. They were all over the forums, their only purpose is to take them over with their propaganda of doom and destruction. They viciously hate everyone with a different religion and start countless flame wars with their evils. Although not as annoying as the stupid atheist (see above), they are nonetheless quite entertaining.

The Inflated Ego
People who join an argument by saying "Whatever, I really couldn't care less", then proceed to join and argue a lot. They insult everyone with a different opinion. Usually when someone else argues something, they say "is posting your opinion illegal now?" It's pretty apparent they do care about whatever the argument is.

The Wannabe Mod
These guys try to end all arguments by saying "You're both idiots, stop fighting!" This could even be on something incredibly stupid, like whether or not the moon exists. They are the only ones that actually like the mods and admins, but will never get to be one unless the forum is extremely small. They say all contributions to the forum are good, or at least have potential, even when they don't. Still, probably the best type of member on the forums.

The Intelligent Member
A popular myth among forums. Most groups, including the forum owner, administrators, moderators, left-wingers, right-wingers, atheists, inflated egos, and wannabe moderators try to act like they belong in this group. They don't. 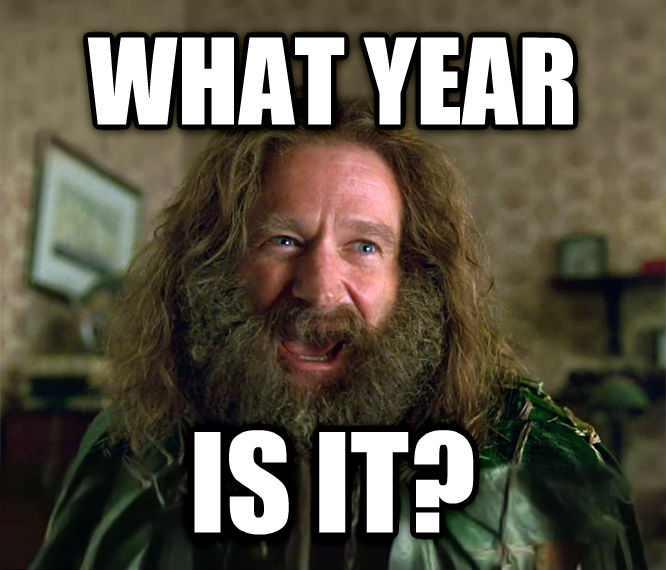 You expect us to read all that?
OK Boomer
Last edited: Feb 5, 2020
Reactions: King of Foxes

Just a miserable pile of secrets!
Reactions: Shodan09, TheWanderingOgre, 888 and 5 others 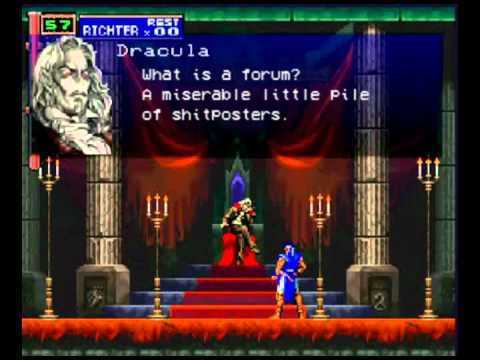 That’s so outdated and so little of it applies that I feel a little bad for you that you thought it was worth posting.

This is literally the worst thread I have ever seen on NeoGAF
Reactions: Bryank75, slugbahr, SpartanN92 and 10 others

In a older thread I made a comment on how Europeans born in America aren't Americans, they are what their parents lineage is so if your ancestors are Irish or English and you were born here in America, you're Irish or English who so happens to have US citizenship. The US is a corporate entity...

I am the King of worst posts

nikolino840 said:
I am the King of worst posts 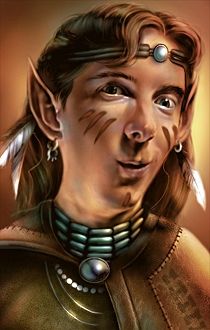 OP you seemed to have missed one off your list.... The Lurker.... I have no description of The Lurker but they are they're there....
Reactions: nikolino840 and MiyazakiHatesKojima

From Water into Guinness

A miserable pile of posts, more like
Reactions: iconmaster

This is a forum. 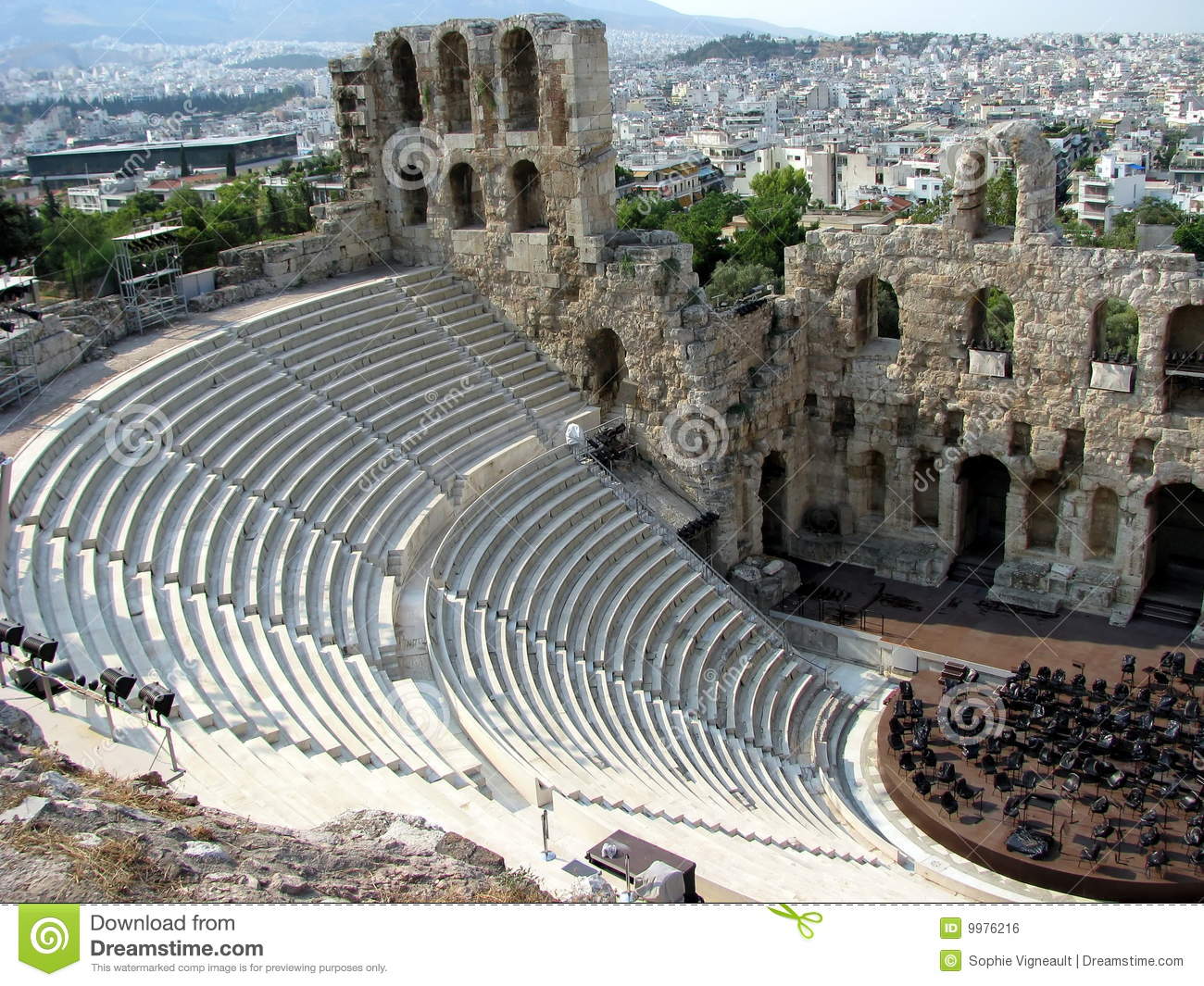 this feels like a 2000 era chain email
Reactions: DunDunDunpachi

A virtual place where nerds hang out to discuss nerdy shit.

If I'm anything to go by there's a forum user named:

Regretful Opinionsmith
Would rather put their mental energy into RL but is desperate to give opinions on something due to a lack of people who speak their native tongue nearby. 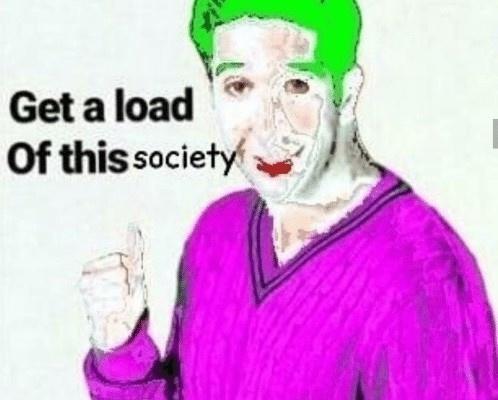 To Give A Fuck or not to GAF.

That is the question.
S

the only decent community left on the internet
Reactions: MiyazakiHatesKojima and lock2k

Most people believe its a place for discussion.
Reactions: MiyazakiHatesKojima
You must log in or register to reply here.

Drama A Battle for Control of WallStreetBets May Have Broken Out