that's some fugly ass character, no way around it even with a beard
Craig's issue was never the double chin or lack of jaw line, it was everything
Reactions: ChoosableOne

Yep, lighting really was the problem.
Reactions: fatmarco, Cerberus_X, Tschumi and 10 others

Holy shit you guys are killing me lol
Reactions: ChoosableOne, mansoor1980, Loxus and 5 others

Craig is going to ruin the discussion about this game no matter what now isn't he? People will be all cutesy like "Craig was the real hero" like they were with Knack and make the discussion insufferable.
Reactions: draliko 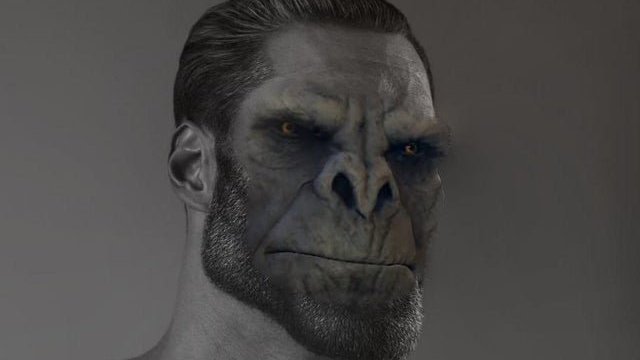 Reactions: Puskas, ChoosableOne, Forsythia and 22 others

Let's see how he's shaping up vs. the Halo 2 Brute. 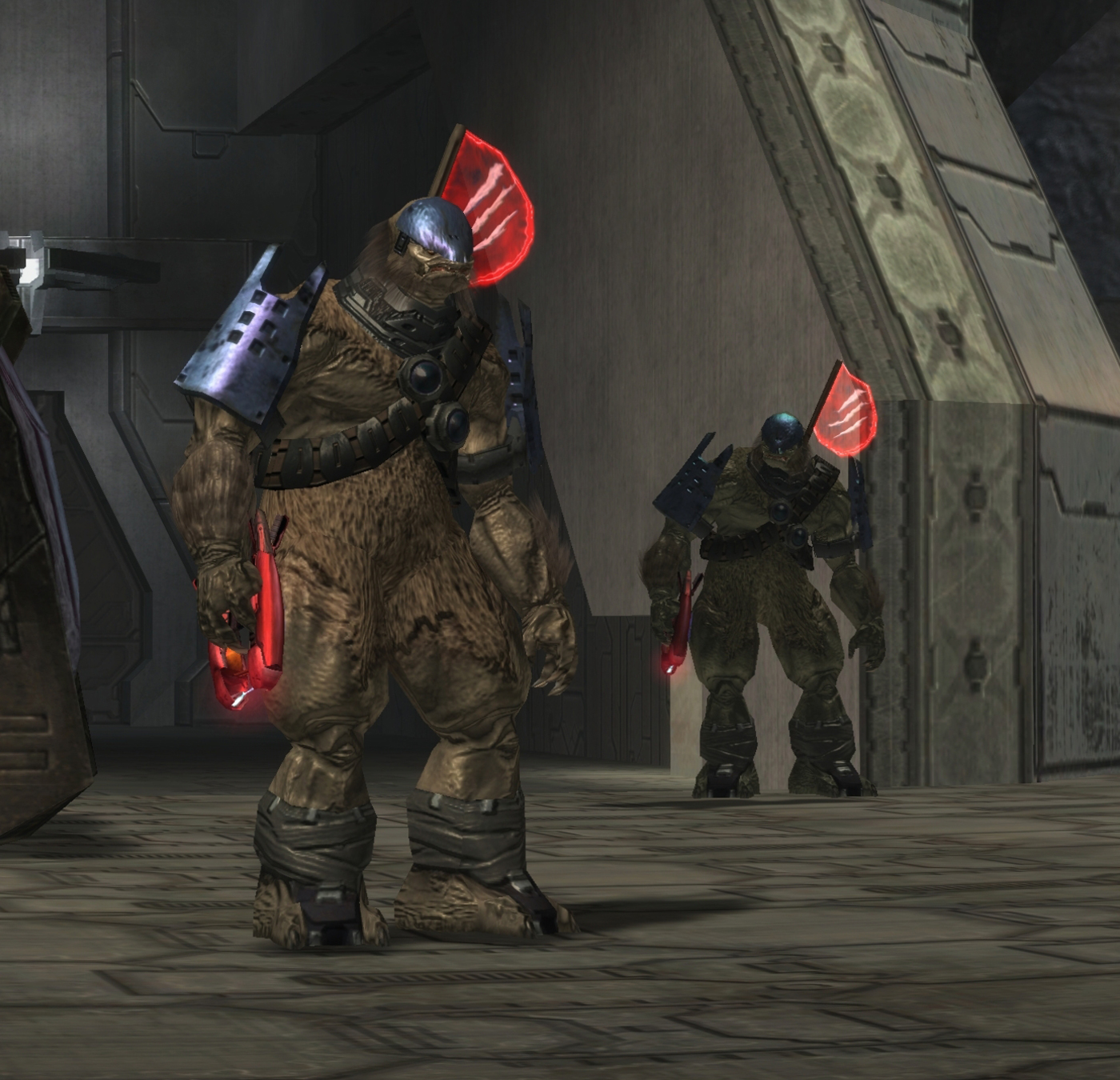 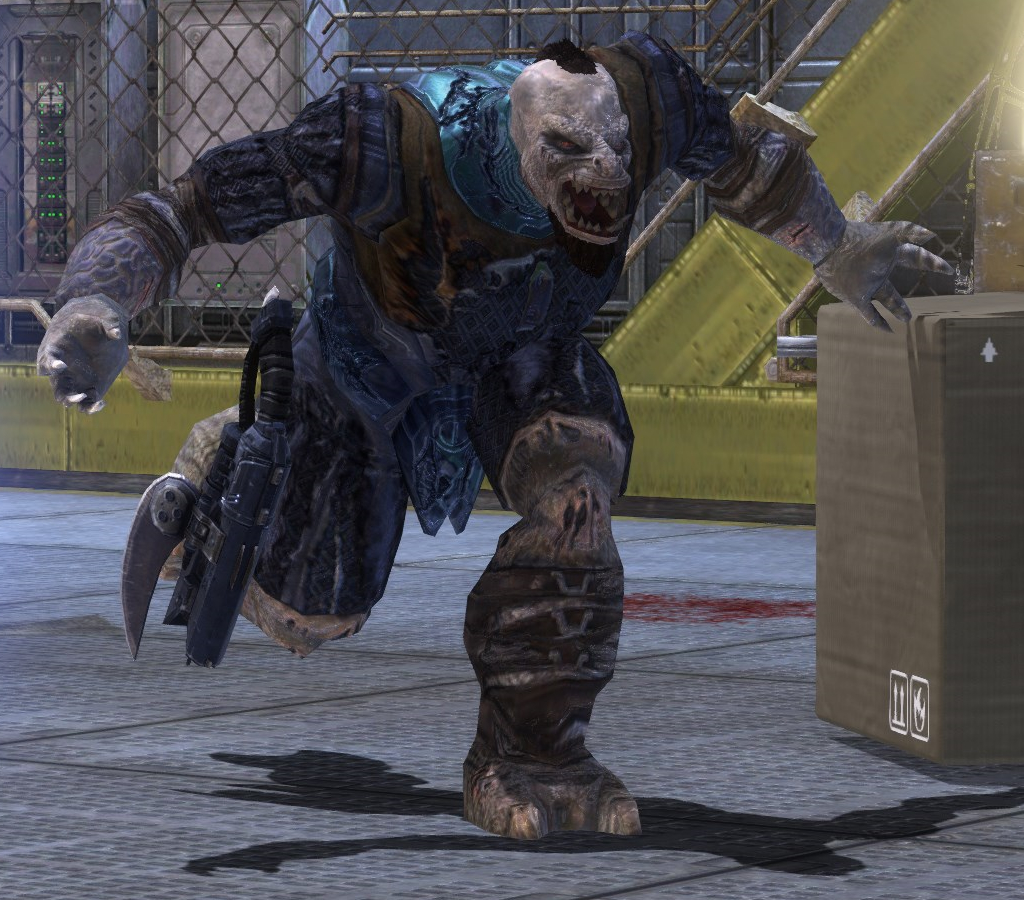 Reactions: fatmarco, Isa, Plantoid and 3 others

DF will make a technical "analysis" where they will droll over technical prowess of the game.

Black_Stride said:
Thats like an AO pass with some textures....youre gonna use that to ju
Click to expand...

As it stands Craig would have looked out of place in Halo 4 on the 360.
Reactions: Bernd Lauert

Man, just recently I found out another buddy/previous co-worker of mine worked on Infinite briefly and said that the Craig meme was a joke within their walls before it became one with the public. Lmao.

I knew it wasn't BS immediately because not only does he not BS, but also because I've been in SO many situations where the QA team is like, "Hey, don't do x" and then x is done. Higher-ups come back and are like, "Why did x happen?" and QA is like, "We specifically told you not to do x." It's happened SO many times in my experience. Different topics and themes, and similar ones. But they all have the same outcome, lmao. "Oh, y'all made fun of Craig? Why didn't anyone say anything?" - "WE DID, FOR MONTHS!"
Reactions: Isa and alabtrosMyster 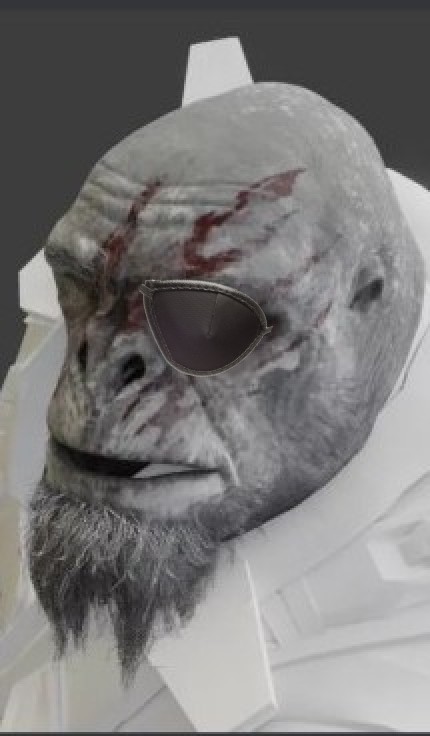 Stinkles said when we find out why he had a beard we will be shamed of our words and deeds.
Reactions: ChoosableOne, FloatingIslands, Insane Metal and 11 others

Haha, what more do you want when they are just trying to make a monkey alien.
A

Meet the new Craig, same as the old Craig. 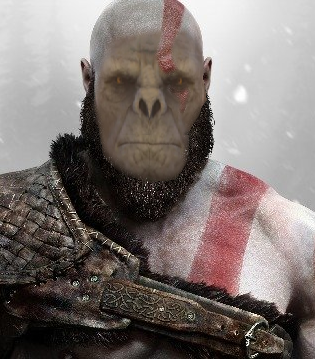 Outrunner said:
so they added beard and face pating.
Click to expand...

The texture work looks much improved on everything including the armor.
Reactions: Vognerful
Z

People make fun of him now, but what they don't know yet is he has a one-hit kill shot where an alien bursts out of his stomach and literally bites your Master Chief's head clean off. Who's laughing now, bitches?

What's so hard about doing this in real time 343!? Please explain why your artists are trash!

Pejo said:
Let's see how he's shaping up vs. the Halo 2 Brute. 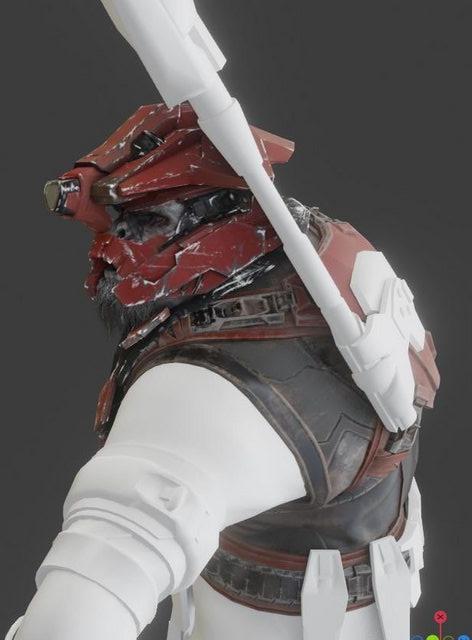 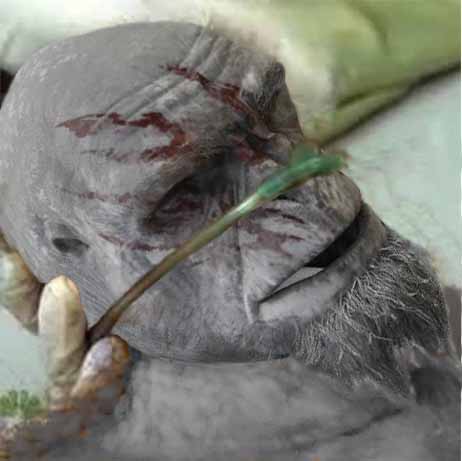 Kratos comes to Xbox....kind of.

Enhanced Craig is only available in replays.

When your game is coming out in 3 months and the only thing weve seen of your campaing in a year is some leaked screenshots and a cut scene
Reactions: Slothbeing1209

Outrunner said:
so they added beard and face pating.
Click to expand...

I thought that just an expression!
Reactions: TurboSpeed and Dick Jones
B

I’m confused by the reactions - were people expecting it not to look like a gorilla or something?

Balducci30 said:
I’m confused by the reactions - were people expecting it not to look like a gorilla or something?
Click to expand... 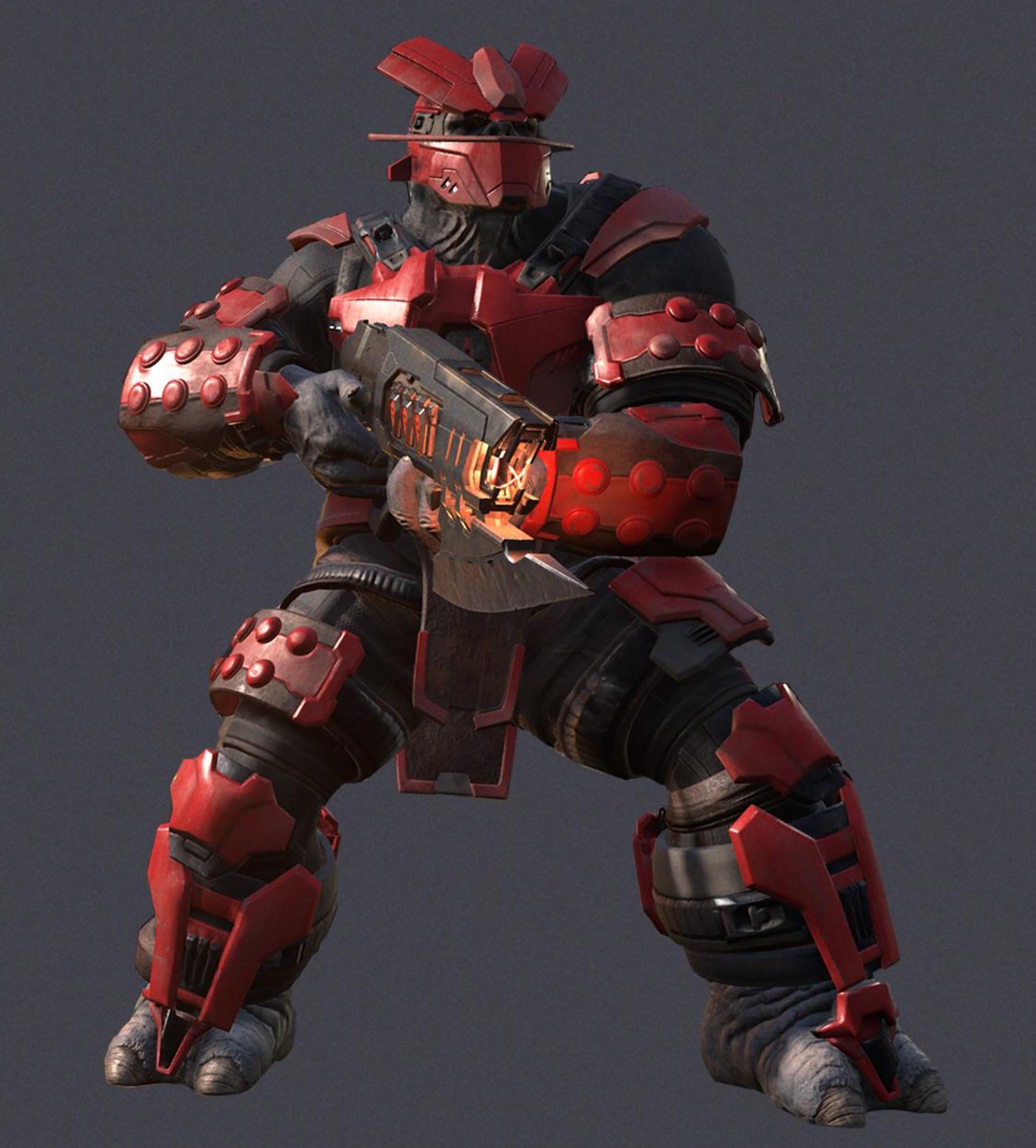 Jigsaah said:
What's so hard about doing this in real time 343!? Please explain why your artists are trash!

Agreed, fanboy hate is all up in here.
Reactions: Plantoid, Stephen Curry, Balducci30 and 1 other person 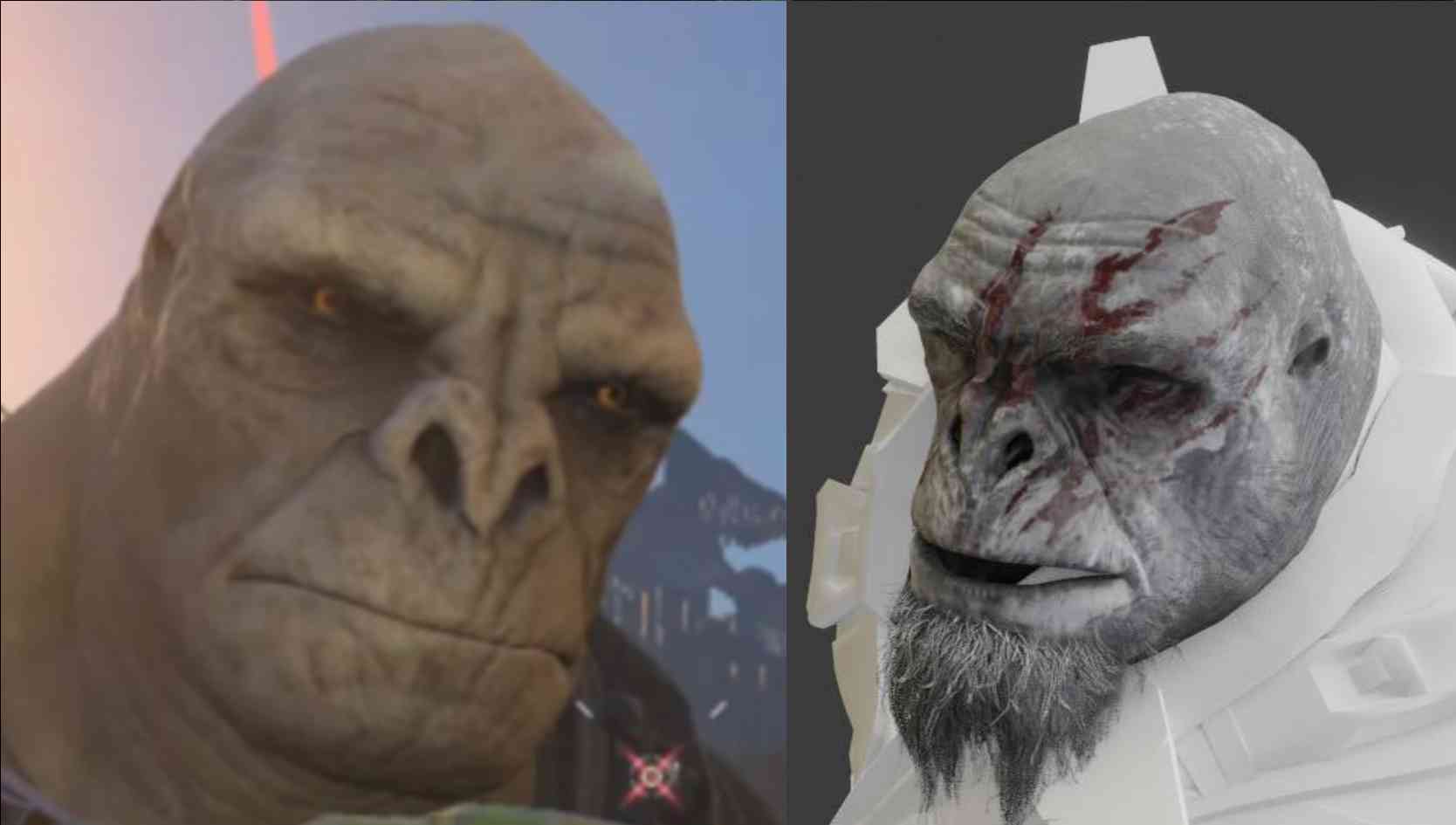 Apes together strong!
Reactions: FloatingIslands, Insane Metal, Isa and 3 others

You guys complain that games aren't fun and same-ish, then make a huge thread because a character model doesn't look life like.
Reactions: draliko and Venom Snake

I think that they are keeping him because he was drawn by the bosse's 3 years old daughter and he wants to show her she has enough talent to be anything she wants to be. This is like the ultimate participation trophy.

Dream-Knife said:
You guys complain that games aren't fun and same-ish, then make a huge thread because a character model doesn't look life like.
Click to expand...

Nah, it's because it's uninteresting, the game will be just another shooter, nothing special there... It looks worse than Destiny looked at release, 8 years ago!

Another thing is enemy designs are important.

Why do I get the urge to buy GME stocks, by just looking at him?
Reactions: Isa, TurboSpeed and NoobleBear 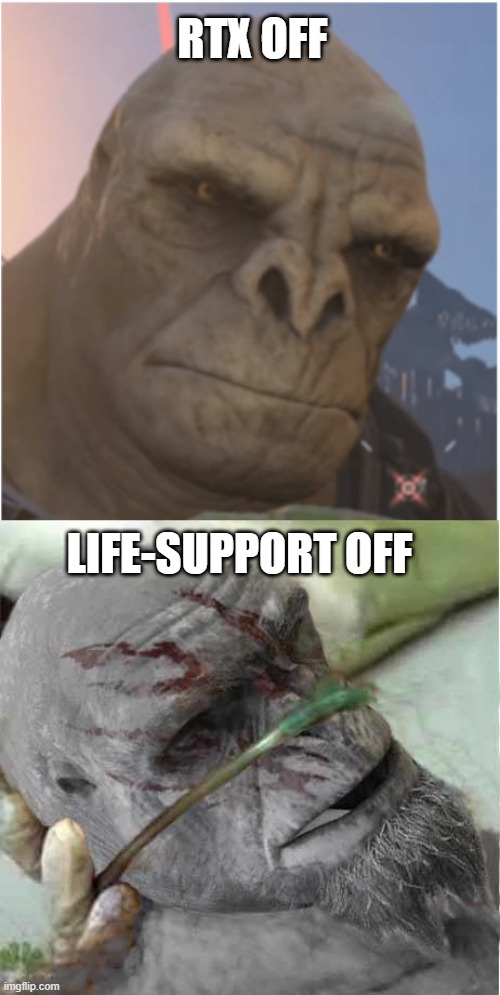 Reactions: ChoosableOne, Forsythia, borborygmus and 22 others

You holding GME too bro?!

McCheese said:
Why do I get the urge to buy GME stocks, by just looking at him?
Click to expand...

This is art.
Reactions: Tschumi, existensmaximum and SEGA_2012

alabtrosMyster said:
Nah, it's because it's uninteresting, the game will be just another shooter, nothing special there... It looks worse than Destiny looked at release, 8 years ago!
Click to expand...

What’s it? We’ve seen nothing of it, other than beta MP and this alpha cut scene screen or whatever it is. That’s the problem. Why aren’t they showing anything? A year delay and it comes out in less than 3 months. And they have nothing. Just show a single cool quality mode screen! Can’t crunch so much that they haven’t got time for that. Own the memes, he’s famous, and give the poor guy a first class story, make him a sidekick or something, and render him to perfection. He literally has a more famous face than Master Chief which is just a helmet. Use it!
Reactions: Plantoid and TurboSpeed

Pack it the fuck up, lads. Lock the thread. Close down the site. Nothing is getting better than this.
Reactions: FloatingIslands, unknownphysicz, Ceadeus and 8 others
B

ResilientBanana said:
Agreed, fanboy hate is all up in here.
Click to expand...

Yeah I’m genuinely confused by people who can’t tell the difference between before and after - I assume this is a problem with the artistic design rather than the graphical upgrade. Because it’s clear it’s been upgraded, this is from someone who has been critical of all this throughout

This so much. We don't know if they redid the armours yet or just changed the materials but a little edge wear and surface breakup goes a long way. It's such a quick addition too so it really puzzles me why it wasn't there in the first place. Same with guns and armor textures, total failure of their art direction.
Reactions: Nemesis Prime
You must log in or register to reply here.

Sep 22, 2021 started cormack12
Sep 23, 2021
Neff
Opinion Did the Brute/Craig Halo memes soften the blowback that Xbox and 343i received over the past few days? (An Exclusive Brute/Craig meme ITT!!!)