Revealed on the madcatz TGS stream.

I need this to not be an understatement.
S

Maybe I should get into Tekken.
B

Wow look at those gorgeous large...uh I mean, she sure looks great!

In all serious she sounds fun, Savate is an interesting choice for fighting style
M

She looks really cool. Maybe I'll finally get into this Tekken, if the characters keep looking this cool.
C

She has a mad catz tattoo?
D

I've never seen a female in a fighing game wear heels before.
R

Only foot kicks are allowed unlike some systems such as muay thai, and silat which allow the use of the knees or shins. Savate is a French word for "old shoe". Savate is perhaps the only style of kickboxing in which the fighters habitually wear shoes. A male practitioner of savate is called a savateur while a female is called a savateuse, or tireur/tireuse.
Click to expand...

It's cool to have a savate user though.
B

Why so much clothes
S

suppadoopa said:
She has a mad catz tattoo?
Click to expand...

Why is she wearing a bra?
H

Ahhh I Can feel it Anna won't be in the game ~_~ This female miguel will replace here in the sass department..
M

Someone care to explain the essential differences between Savate and Kickboxing? I can see it for thaiboxing though.
R

HeelPower said:
Ahhh I Can feel it Anna won't be in the game ~_~ This female miguel will replace here in the sass department..
Click to expand...

And don't compare her to the perfection that is Miguel.

Finaika said:
Why is she wearing a bra?
Click to expand...

To support her breasts.

You must not play many fighting games then :V
Z

I like the design on the right more than the left, but they're both a bit plain. Oh well, might look a lot better in action.
J

probably couldn't have been more boring or routine if they tried.
J

Acquiescence said:
To support her breasts.
Click to expand...

suppadoopa said:
She has a mad catz tattoo?
Click to expand...

No. It's a heart with an arrow through it, and some plant stuff. 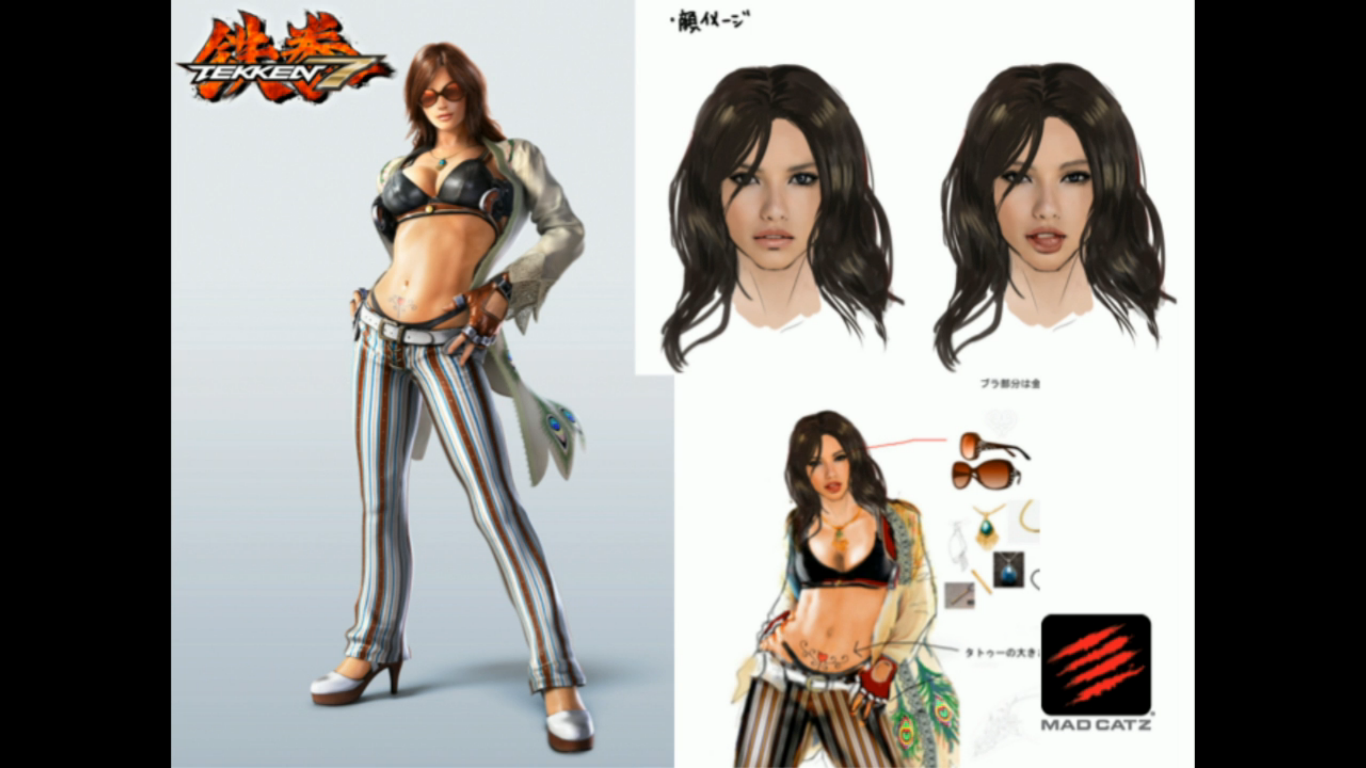 The Mad Catz logo is just there because they're hosting the stream.
E

This feels like the umpteenth time a Tekken female likes to show that she has panties on.

Oh lord not digging the tattoo

Please don't be a thing
B

what is she wearing
M

I'm super happy that they're going with a real fighting style.
R

I like how a lot of people are talking crap about a character, based on a concept/sketch and not its final look. LOLWUT.jpg
B

Looks like Christie in Tekken 4 with a terrible tattoo and lighter skin.
S

Another new character to be shown at the location test.
B

Sgblues said:
Another new character to be shown at the location test.
Click to expand... 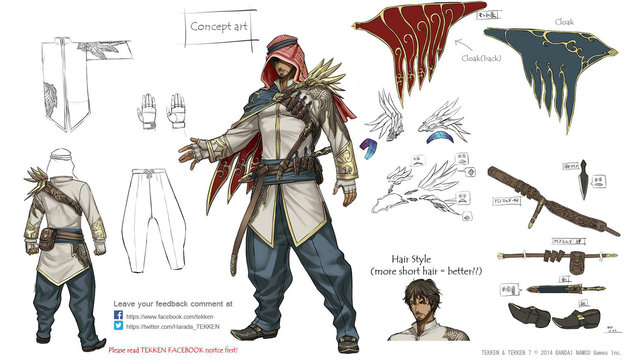 Uh... Pretty sure all of Tekken's fighting styles have ALWAYS been real. What, did you play Tekken 3 once and think "FUCK EDDIE GORDO!" ? (Btw, that's Capoeira, and it's a real fighting style.)

Anna better still be in though.
D

YoungBlade said:
what is she wearing
Click to expand...

She looks too much like Christie from T4...needs the clothes to be toned down a bit

They seems so focus with the arcade. Makes me think consoles won't get this till late 2016. Ugh. Just another T6 wait. Which is to say, not a bad thing with balancing.
H

Ramstein said:
Uh... Pretty sure all of Tekken's fighting styles have ALWAYS been real. What, did you play Tekken 3 once and think "FUCK EDDIE GORDO!" ? (Btw, that's Capoeira, and it's a real fighting style.)
Click to expand...

Some of them are pretty bullshit.Alisa, Lars,Lili,Zaf,Bob, and bears, and Jack.
You must log in or register to reply here.