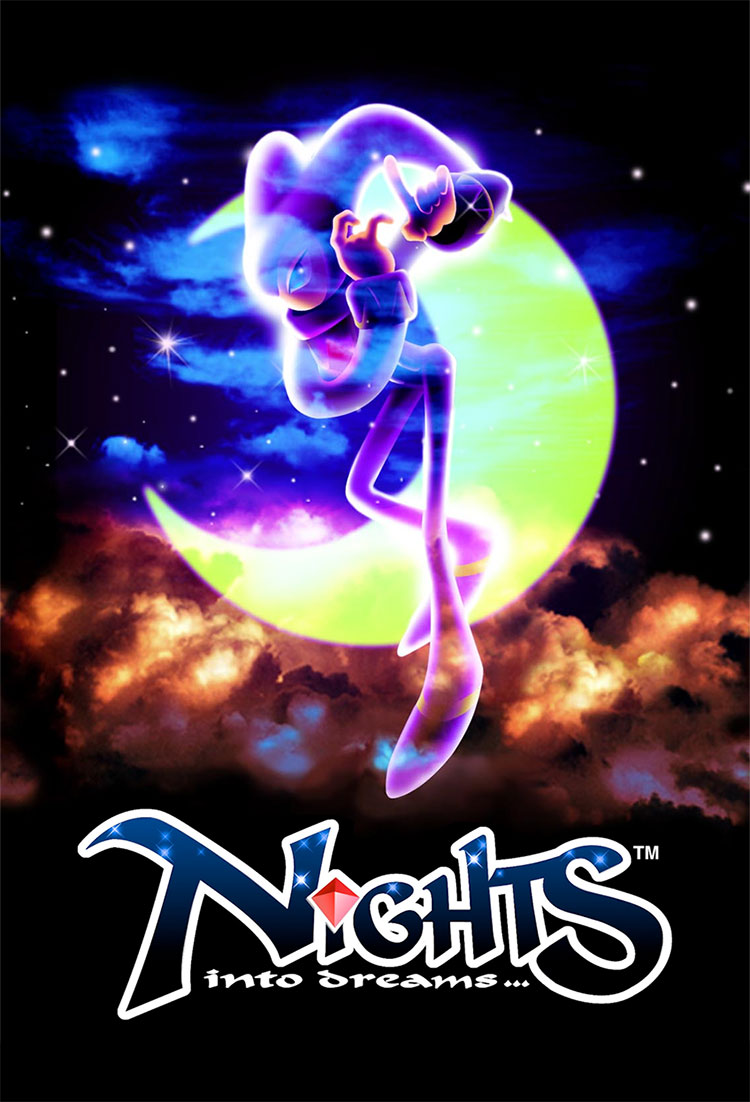 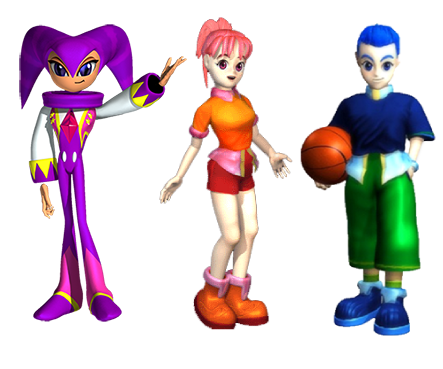 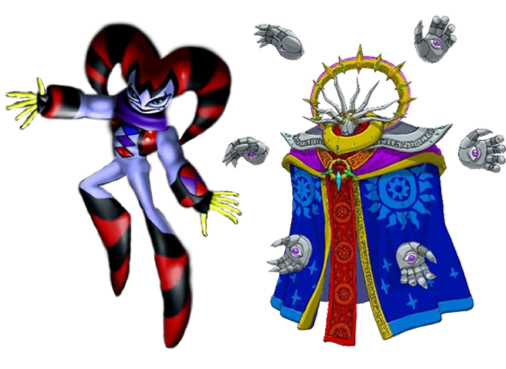 That night Elliot and Claris return home, thinking of themselves as failures, not realizing that the real challenge is about to begin. In the world of Nightopia where our dreams are played out, an evil being is gaining tremendous power. He is Wizeman the Wicked, and through his creations the Nightmaren, he captures precious dream energy from humans. If he is not stopped, he will rise from the subconscious and enter our world. No power on earth will be able to stop him.

As Wizeman's Nightmaren start fulfilling his horrible plan, a Nightopian escapes from the dream world and begs the sleeping Elliot and Claris to save the world from the evil being. Just a few moments ago they felt like total failures. But now that the world needs their help, Elliot and Claris feel, for the first time in their lives, a courage growing within them. They accept the Nightopians desperate request.

The creature explains to them that they need to recover four types of dream energy from Wizeman's Ideya capture, a group of large machine-like beings. The four energies are White (representing Purity), Green (Wisdom), Yellow (Hope), and Blue (intelligence).

Wizeman will attempt to steal Elliot and Claris' dream energy and try to confuse them by placing them in strange dream worlds. These worlds are places developed from the depths of their minds. The fifth and rarest of the dream energies, Bravery (Red in colour), is the only type of energy Wizeman and his henchmen cannot steal. It is said that the only one not yet under Wizeman's power is NiGHTS, who appears as an aerial acrobat and is attracted to red dream energy. The Nightopian believes that Elliot and Claris possess this rare energy, and thus NiGHTS will come to their aid.

The Nightopian warns that sooner or later Wizeman will send the most powerful of his Nightmaren, his henchmen, after Claris and Elliot. The two children will need the help of NiGHTS every step of the way to thwart Wizeman's plans if they are to restore peace to Nightopia. (Source)​ 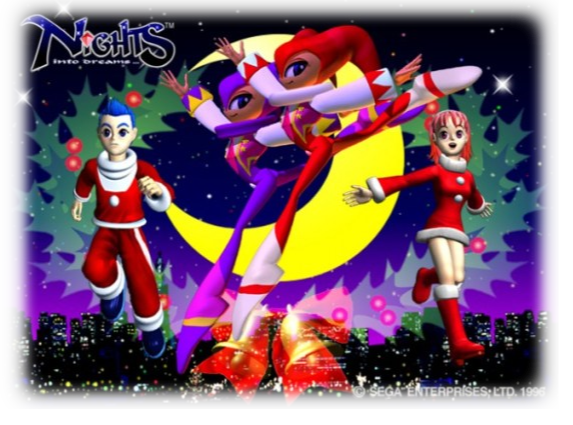 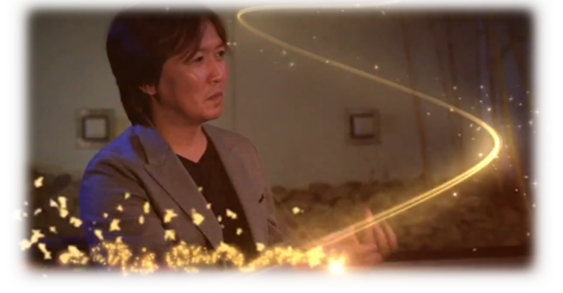 Bonus interview about dream theories and NiGHTS creation with the fearless leader and visionary of Sonic Team, Takashi Iizuka / Iizuka-san!​ 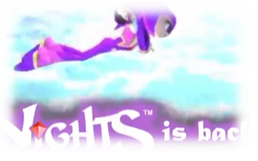 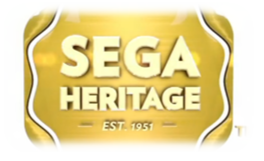 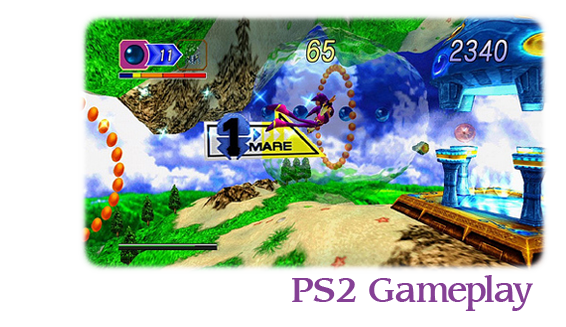 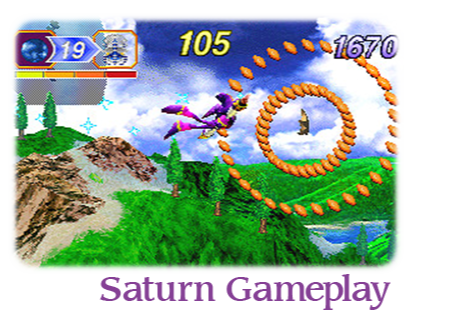 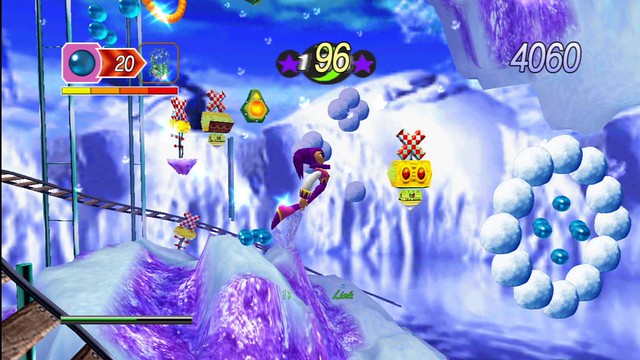 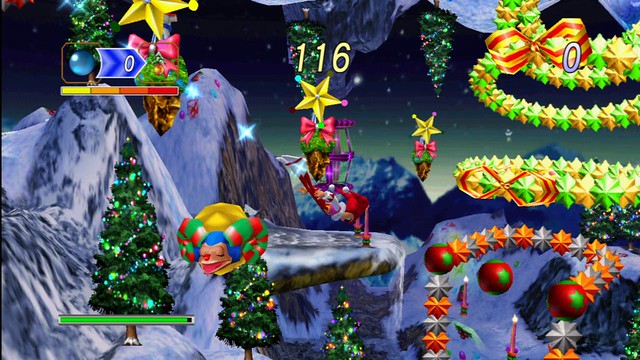 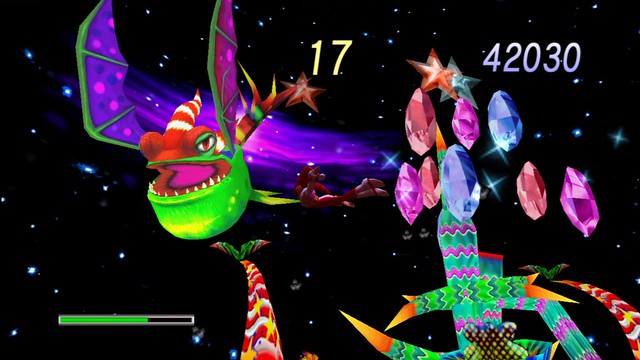 SEGA, you're doing it right.
S

Would love to play it on my vita. Shame it didn't get the same treatment as JSR... or?
@

Did they retune the movement to be more like the original, or is it identical to the PS2 version?
N

Wow I had no idea this was coming out next week.

Hope its good because I've never played it before. Shame its not on the Vita but still looking forward to it.

With the recent Daytona USA, JSR, and now NiGHTS releases it really looks like SEGA has actually been listening to the fanbase and that's great. I think NiGHTS was missed by a lot of gamers because the Saturn wasn't successful in the west. This will be a great opportunity for many to finally play the game without having to invest in retro hardware or the abomination that hit the wii.
A

Syphon Filter said:
What game is this like? Never played it.
Click to expand...
Pure joy. Think 2.5 flight platforming. Yeah.


I own the Saturn version, but everyone deserves a trip into dream delight.
M

I've waited a long time for this, I played the game (as well as Christmsa NiGHTS) for the Saturn but never actually bought it. I've regretted never owning it and I was rather frustated that we never saw the PS2 version released here (as well as Dragon Force).

I'll get it day 1 on Steam, after that my game plan is simple, play NiGHTS into Dreams until December and booting up Christmas edition on December (perhaps even waiting to Christmas day). Anyone else doing that?
R

I completely forgot this was coming out. I've already had NiGHTS and Christmas NiGHTS for the Saturn for the last 15 or so years, so I more than likely won't personally be getting this...but I can tell you one thing:

If you love video games, YOU NEED TO PLAY THIS.


May replay the whole game yet again soon on my Saturn. Also, I play Christmas NiGHTS every single Christmas Eve. It's my little tradition. Hah.
J

Not having played this in more than a decade, I hope it held up better than JSR.
B


This same post will be repurposed for ironic use in the eventual SA2 thread.
A

Never played it, so after reading the OP and some replies, I probably have no excuse to not get it. So I shall get it.

Dear Sony: FIX YOUR FRIGGIN' NET CONNECTION SO I CAN GET THIS THING DAY 1 DAMN YOU!
D

I haven't played Nights in YEARS.

Never got a chance to play Christmas Nights, don't suppose they include that into the mix, do they?
A

Never got a chance to play Christmas Nights, don't suppose they include that into the mix, do they?
Click to expand...
If only it were mentioned in the OP!

And yep, I play it every Xmas too.
B

cj_iwakura said:
If only it were mentioned in the OP!

And yep, I play it every Xmas too.
Click to expand...
Oh shit.

Sorry, don't know how I missed that.
K

Mihael Mello Keehl said:
Awww Im ready! No SA2 HD thread?
Click to expand...
There's going to be one, although I'm not sure how it's going to be. Green Scar is working on it.
A

i will never forget the final level of this game. it's one of my favorite gaming moments, and it was 8 years after the game had come out, in 2004.

I can't wait to play this. I remember how much I loved it on Saturn.
D

Also should be noted the game will feature Leaderboards as well as 16:9.

Just checking but there is no Vita version correct?
S

Ten bucks for one of the all-time greats is a steal. Buy it, play it, love it.

Not that I'm going to have much in the way of time to sink into it for a while.
K

I'm looking forward to this. My Saturn is dead and I haven't played this is years.
F

Imo NiGHTS is one of the most over-rated video games of my time.
S

dani_dc said:
Also should be noted the game will feature Leaderboards as well as 16:9.
Click to expand...
Ah, good catch. Those completely slipped my mind. Added them to the General Info section.

I wish I had both time and a system to play this on, lol. And I wish that SEGA had also gotten an interview with Ohshima and not just Iizuka. That should be a crime.
N

Does not have twelve inches...

Kokonoe said:
There's going to be one, although I'm not sure how it's going to be. Green Scar is working on it.
Click to expand...
Awesome. I should be checking the sonic community thread more often I guess.
K

Mihael Mello Keehl said:
Awesome. I should be checking the sonic community thread more often I guess.
Click to expand...
He might be putting in some jokes in it, so be prepared for that heh.
D

Will definitely get it on Steam to complement JSR.
K

Going to play this when it pops up on xbla.
I

Fusebox said:
Imo NiGHTS is one of the most over-rated video games of my time.
Click to expand...
Gut reaction is to say that you probably don't know how to play it. The game never instructs on how to play it properly. At first the game felt overly simplistic and clumsy, and then after a few hours of experimenting it all clicked.. and then I was treated to one of the most addictive and rewarding experiences I've ever had on a console. Everything comes together so beautifully.
M

Looking forward to experiencing this for the first time!
A

Excited for PSN/XBLA. So many good games, especially PS2 games on PSN that I never experienced.
F

Iceman said:
Gut reaction is to say that you probably don't know how to play it. The game never instructs on how to play it properly. At first the game felt overly simplistic and clumsy, and then after a few hours of experimenting it all clicked.. and then I was treated to one of the most addictive and rewarding experiences I've ever had on a console. Everything comes together so beautifully.
Click to expand...
Maybe, I just flew around and collected balls.
D

Almost bought the Wii game today. That one worth playing?

If only Sega would listen and release Panzer Dragoon Saga.
I

Fusebox said:
Maybe, I just flew around and collected balls.
Click to expand...
I hesitate to explain it because one of the most rewarding aspects is the discovery of the reward system.. the only way to earn A's or S's on any level.
B

I'm there. Still have my Nights pillowcase I got when I purchased the game and 3D controller from Best Buy!
M

I don't think I've ever been this grateful for an HD re-release. No joke, I've been wanting to play this game for about 10 years. Will definitely get day 1 to finally scratch that itch.
S

Forgot this was out so soon. Will cop it on Steam.