Armadilo said:
Bring Del Toro in and forget Silent Hills, PlayStation has Siren, reboot it and make that what PT was going to be
Click to expand...
YAHHHHHHHHHHHHHHH

Get him a producer that will keep the game on track.

Kojima is brilliant, but a bit of a diva. With the right producer, he can come in on time and on budget.
S

I REALLY hope Kojima will give his account on what happened at Konagi and production towards the end of MGSV now, very interested.
S

We love you Kojima.
S

Nyoro SF said:
That's pretty much my only hope at this point
Click to expand...
Actually, given how wasteful Kojima is said to be. He actually needs someone to reign in him, not too much. He needs a forceful project manager. Too much creative freedom causes far too much money which makes any product a failure. Like bioshock infinite, it sold a lot but because of the cost of making it, it was a failure.

Triggerhappytel said:
If it's public knowledge can you share some sources confirming the closure of studios please?

They've let people go from SSM (cancelled project), Sucker Punch (no idea why - typical turnover of staff after a game is complete) and Driveclub (because it obviously sold below expectations, initially at least), but they've also been increasing the headcount at some studios (including Naughty Dog and Santa Monica recently) and have opened up a new studio in the UK (North West Studio).
Click to expand...
Only Liverpool. My mistake.

I didn't know about North West Studio. But my prediction would be more in line with a Quantic Dream type deal.

How much would Konami sell/lease Fox Engine for?
Click to expand...
Fuck that, give Kojima The Order's engine.
S

"The article doesn't just say that Kojima is in negotiations with SCE, it says final negotiations"
Click to expand...
M

I wish him luck going forward.

What ever his new game is, I hope it includes some sort of throwing shades at Konami as a fan service.
S

Which big pub is left in Japan that has a big western push and that can found a studio without having profits as first check to finance a new ip?

charsace said:
I bought MGS5 on PC. The first place I played a MG game is on an MSX emulator. I want Kojima's next game to be on PC so that I don't have to worry about console remasters.
Click to expand...
Sony funded SFV, did that mean no PC port?
D

How much would Konami sell/lease Fox Engine for?
Click to expand...
Just go with UE4, fast and effecient. And good support for Japanese devs.
I

How much would Konami sell/lease Fox Engine for?
Click to expand...
Sony has plenty of in house engine tech.
J

Teletraan1 said:
I doubt game engines are on the table.
Click to expand...
that was personal

what fuck they going to do with it?

sit on it out of spite?

No other publisher would give Kojima the creative freedom he wants with the budget he needs. Though I am sure there will be limits because of MGSV budget fiasco.
C

i mean he's just got off vacation
A

I would like for him to go to Activision or Bandai Namco.
P

Nikodemos said:
You do realise that if he gets to make P.T. on PSVR people will actually die. As in drop dead from heart attacks and stuff.
Click to expand...
As long as the games were to have proper ratings and warnings about checking ones health beforehand I see no problem in that (as in, cant blame anyone nor ban those games).
D

VinFTW said:
Independent non exclusive studios get games published/funded all the time. Anybody would fund his game...

If he's locked down to Sony forever it's literally the dumbest move he could make. Why would you leave out PC/Xbox fans (especially PC)?
Click to expand...
*Telling an experienced game dev what's right for him. Fantastic.
S

Click to expand...
Saddle up boys and girls, this thread's about to get wild
O

Can't wait to see what he and his team come up with.
K

It's not a hard concept and people are saying it much better than I am in this thread. The guys set for life, he's a legend. He doesn't need to lock down to one platform forever because "money". He will have money no matter where he goes.
Click to expand...
You have a copy of his employment contract at Konami to know that?
A

Let's get Del Toro, Ito and Reedus back and carry on where they left of. Just change the title and you good.
P

Well where ever he lands I hope he gets to look at that publishers IP and resurrect a few.

TBH its the people within Kojima Productions that probably as valuable as Kojima himself IMHO. That FOX engine is good...

Sony seems the most obvious fit, I just think he costs too much and difficult to manage...

Click to expand...
Well Sony it is then - I really hope he (his team) works with SSM as I think hed be very useful in their role of assisting other developers

Kojima will reboot Extermination instead

PS2 love gets more reboots and sequels B^)
X

Click to expand...
And this coming from Nikkei makes it very reputable.
O

VinFTW said:
Independent non exclusive studios get games published/funded all the time. Anybody would fund his game...

If he's locked down to Sony forever it's literally the dumbest move he could make. Why would you leave out PC/Xbox fans (especially PC)?
Click to expand...
Funded yes, but not to the same scope that a subsidiary studio would. Big pubs won't throw around the same kind of money to an independent studio on a one-off contract as they would to an internal flagship studio.
K

Cidd said:
If true holy shit Sony finally gets a second S tier team.
Click to expand...
Depending on how good Horizon is, 3.
S

injurai said:
Sony has plenty of in house engine tech.
Click to expand...
Yeah, like the one they used in Until Dawn / Shadowfall, at least it looks nice.
V

Click to expand...
oh shit.........so its pretty much done. They probably already have a project going and want him to step in as a creative director or something......give him enough freedom but not a ton to where they will be screwed financial wise.
V

Kojima making games at SCE would be a fucking dream come true considering the freedom major developers get from Sony. Hope it's not just a rumour.
K

PT confirmed if this happens.
G

silvermember said:
Actually, given how wasteful Kojima is said to be. He actually needs someone to reign in him, not too much. He needs a forceful project manager. Too much creative freedom causes far too much money which makes any product a failure. Like bioshock infinite, it sold a lot but because of the cost of making it, it was a failure.
Click to expand...
Correct, but I'm not sure if a project manager will be what he wants.

He has historically blown out budgets and taken an incredibly long time to develop games. The likelihood that either publisher will give him full creative freedom and a new studio with this setup is really unlikely.

I think people are just getting too excited and not looking at the reality of the situation. He isn't good at running a development team. He struggles to hit budgets/timelines and feature creep is very prevalent. Besides Konami sucking, there are reasons they have had strained relations for years.

If he is given a new studio by one of the publishers they will have him on a really, really tight leash. Your best hope should be that he joins and takes some sort of creative adviser role.

His only chance of actually running his own studio with minimal interference is as an independent, but getting funding would be difficult because of the reasons I laid out. People are just getting riled up and throwing around crazy thoughts without looking at the likely scenario. I wouldn't be surprised to see him join SCE, but they will likely have him as a creative adviser.

I like his games and I actually enjoyed the direction he went with MGS5, but I'm just trying to be realistic here.
M 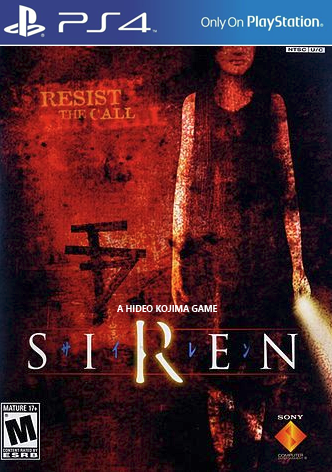 pls.
but also wants him to make whatever he wants!
Click to expand...
THIS! ^

The scenario writer and the director of Siren also created Silent Hill. (so you can see similarities within the game between these two, like the obvious siren)
Anyways, now Kojima can switch to creating Siren with Del Toro ! (P.T will live in a different way!)
S

Finally the man to save the vita.

AcademicSaucer said:
I would like for him to go to Activision or Bandai Namco.
Click to expand...
I'd rather Sony over those.

Activision and Bandai-Namco have to ship and ship consistently, something Kojima isn't known for.
T

Really annoying to see this article being mistranslated as Kojima joining Sony or forming a studio under Sony's umbrella or whatever.

The article flat out says that he is forming a new company with people he worked with from his Konami days. It also says that the all new game he will be working on will likely be released for Sony's PlayStation and that they are in final negotiations to have the game release *first* (but not exclusive) on Sony's platform.

teiresias said:
Whatthewhat!!!
Click to expand...
Final negotiations for the game to debut on PlayStation... that's all the article says.
S

Hope it happens since sony also will give him free reigns