Nikkei: Why Nintendo should buy Roblox

Why Nintendo should buy Roblox 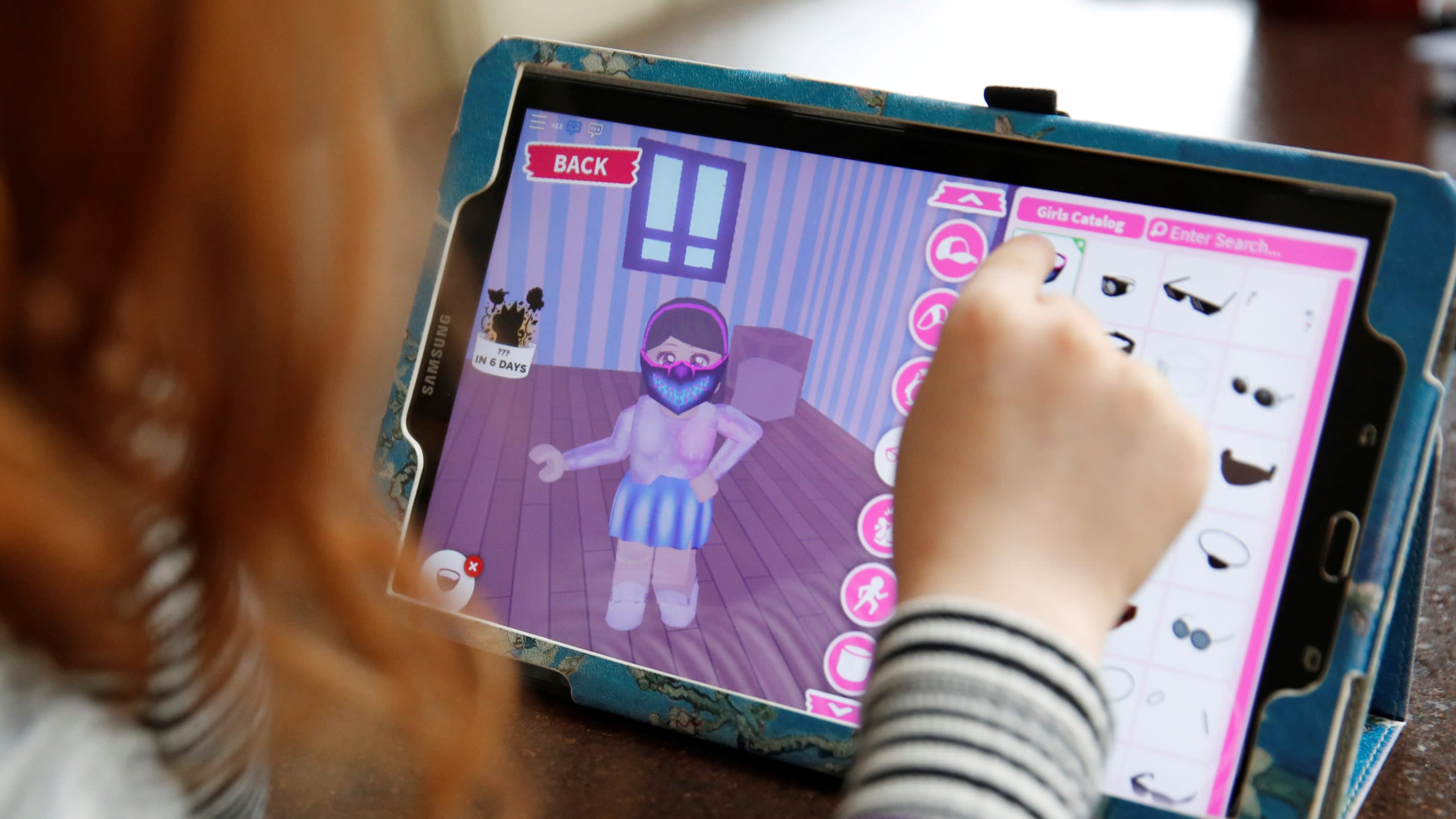 David Gibson, CFA, is chief investment adviser at Astris Advisory Japan. He specializes in the games and internet sectors.

Nintendo has grown Switch to be a major product, potentially eclipsing the success of the Wii console, and its games continue to be among the most successful ever made.

But while Nintendo's focus on fun and new experiences has worked in the past, it now faces competition from an unexpected source: its users. That is why Nintendo should embrace the future and spend $8 billion to buy online game platform Roblox.

With only 16% of the console market and around 1% of the mobile games market -- the fast-growing global games industry is currently worth over $170 billion -- Nintendo doesn't care about market share. Rather, it is focused on console games and expanding its brand through mobile games, merchandise, theme parks and movies. What Nintendo really cares about is its users having a fun experience. The problem is that kids today have more games options than ever before.

I think Nintendo's core DNA is not compatible with the $70 billion+ mobile games market, which is built on small audiences spending lots of money, and needs something else. As gamers are increasingly playing across console, PC and mobile. Some prefer two device combinations, but almost 50% of gameplay is online, Nintendo is not doing enough to address changes in consumer behavior.

Where is the Animal Crossing companion app that replicates the Nook Phone? This game is likely to sell 40 million copies by March 2021, yet Nintendo has done nothing to foster the community of players. Nintendo players have instead been forced to form their own communities on Reddit groups and other forums.

The world is no longer about games, but game engines, where users generate content within each platform and share it. That constantly drives new experiences and engagement into a growing community of users, with over 50% of kids aged from 9-12 in the U.S., Canada, Australia playing either Minecraft or Roblox.

Having experimented before with user-driven content with Super Mario Maker 1+2, Nintendo should be able to see the benefit of this genre. Unfortunately, the company is still structured around making and selling $60 games, and then moving on to the next one. What consumers really want today are games as a service, an ongoing experience that can be shared within a community. Animal Crossing, with its seasonal updates, is a step in that direction but nowhere near its potential.

As it did for mobile games, Nintendo should partner with others to create such games as a service. And, as it would be too difficult and time-consuming to build from Nintendo Switch Online, Nintendo should instead buy Roblox to supercharge the company's reach to consumers.

A platform for developers and users to build games, Roblox is Super Mario Maker on steroids. Just like Minecraft and Super Mario Maker, creativity has driven its massive audience, the key difference being that Super Mario Maker has 5.5 million fans and Roblox has 150 million. By joining forces, Nintendo and Roblox would create the next generation of fans of Nintendo intellectual property that the company doesn't have today, all in a controlled family-friendly environment.

By investing in Roblox, Nintendo could invest and promote its intellectual property within the new platform. Imagine how communities of Nintendo users would love being able to build their own Super Nintendo World theme parks? Just being able to play in an online theme park would be fun, given that the first one opens in the spring of 2021 and others remain uncertain. Animal Crossing worlds could be created and shared into an even bigger community and experience.

Kids today are more online than ever, and there are only so many large scale creative businesses out there like Roblox and Minecraft. Epic-Fortnite have already had Tencent-Sony clamoring to work with the platform. It's only a matter of time before Roblox is next.

So, Nintendo President Shuntaro Furukawa, looking ahead to your legacy 10 years from now, do you want to be remembered as the entertainment leader who embraced games as a service and integrated the company into the global online games community? Or do you want to keep churning out $60 games for the next Nintendo console with matching T-shirts? It's time to spend your cash and buy Roblox for $8 billion, or at least buy a partnership stake in the company now that it has filed to go public.

lol, I was going to make a joke in the other thread about how Roblox should get the next Smash character. Nikkei seems to be one step ahead of me.


Bullet Club said:
So, Nintendo President Shuntaro Furukawa, looking ahead to your legacy 10 years from now, do you want to be remembered as the entertainment leader who embraced games as a service and integrated the company into the global online games community? Or do you want to keep churning out $60 games for the next Nintendo console with matching T-shirts?
Click to expand...

"Please save us, Nintendo!"

Id rather see that type of money get put into their own infostructure first. Seems like putting the cart in front of the horse.
Last edited: Oct 13, 2020

I dunno man, Roblox is multiplayer centric and Nintendo doesn't have the best online service to date.... Yet.

That would be nearly all their cash, it would leave them with 3 billion which isn't very much heading into a potential recession. I personally don't think it fits the Nintendo brand... and as a mainly PC, online game... i doubt they have the expertise to really grow it or make the most of it...
L

Every time someone uses the "X is Y in steroids" analogy, they have no idea what they're talking about. Unless X is literally Y on steroids, that is.
Last edited: Oct 13, 2020

Microsoft would be the only company able to buy it AND support it, it's only on Xbox, pc and mobile anyway

Nintendo won't buy a company from the top like that, it's too much money.

Yeah, let's do that. Let's get a company known for their rulebook-thumping buy a game which is mostly popular because it's full of unauthorized fangames which the kids eat. 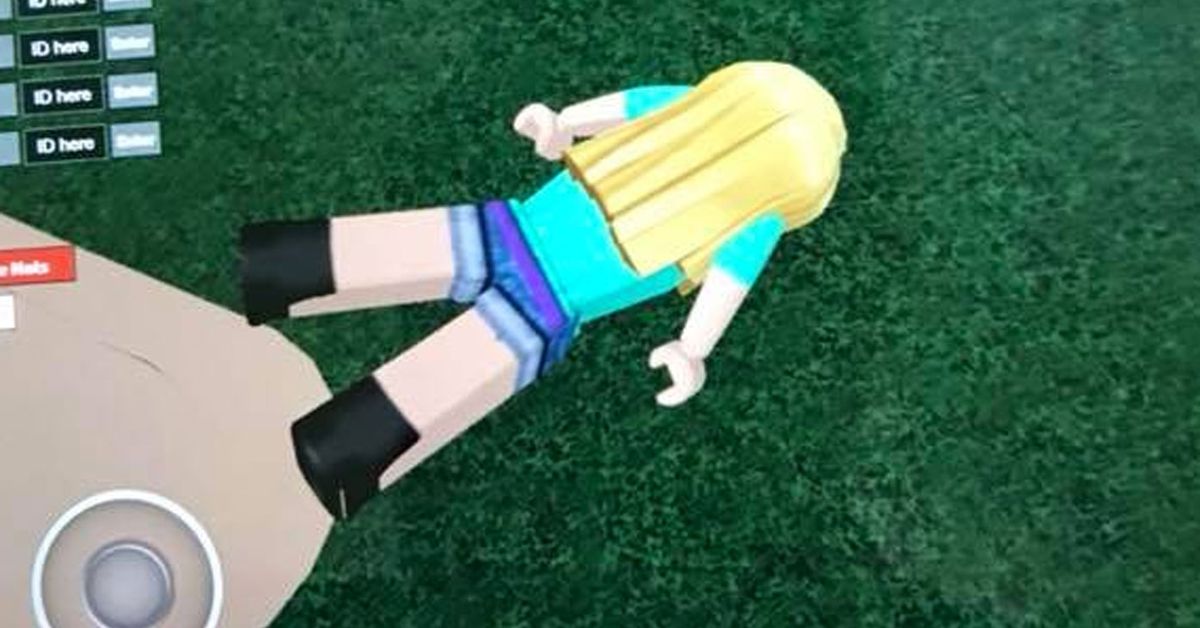 A US mum is demanding answers after her seven-year-old daughter's virtual avatar in the hugely popular game...

I'm thinking this won't ever happen.
You must log in or register to reply here.

EviLore replied
Aug 19, 2021
Roblox is down and its developer has given no indication why
Social Drama 2