We have a thread dedicated to the back of Switch game cases, but while these other images were eventually added to it the title was never updated and the lede buried. The world deserves to know that possibly the greatest game boxes ever are being iterated upon! Shots taken by Gaijinhunter on Twitter.

So basically, PSP game cases are a contender for my all time favorites. Sleek, classy, and some publishers uniquely took advantage of the translucent plastic to include box art visible only from the interior. My personal favorite, the Dracula X Chronicles (thanks to the androgyne!): 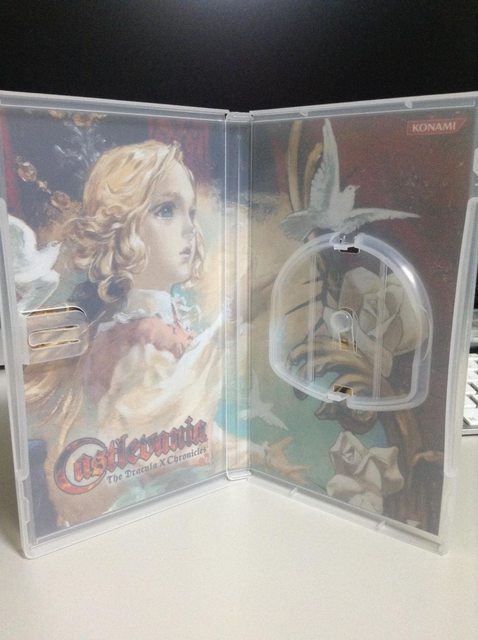 First, a side by side comparison with both cases: 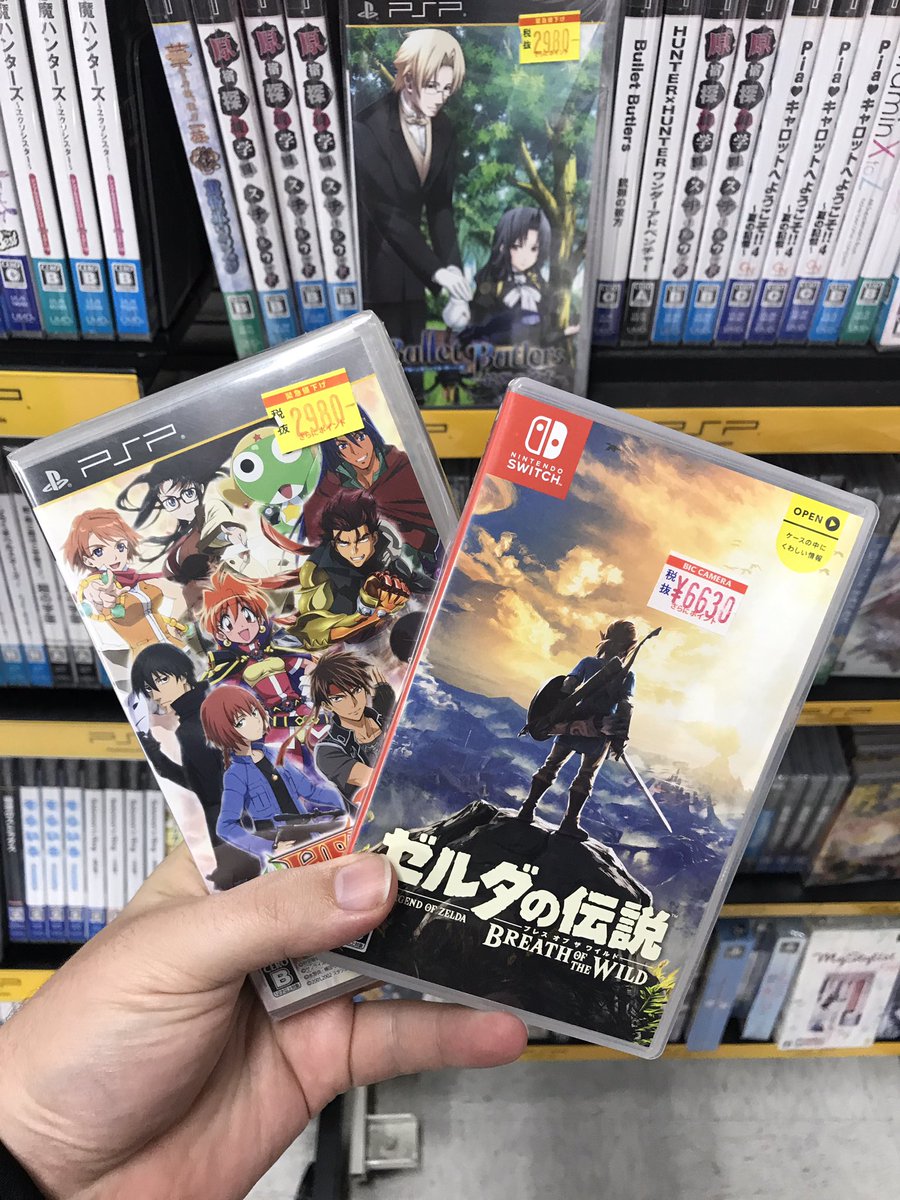 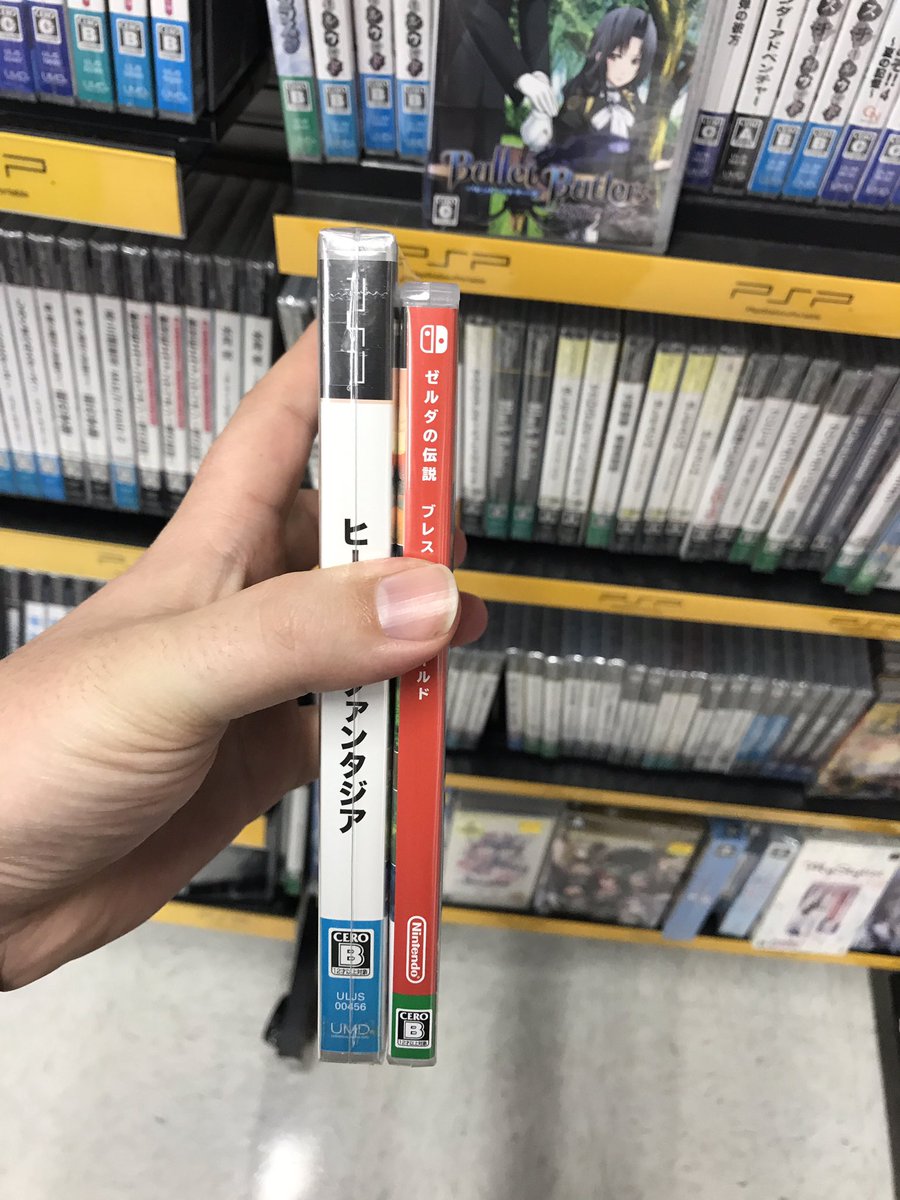 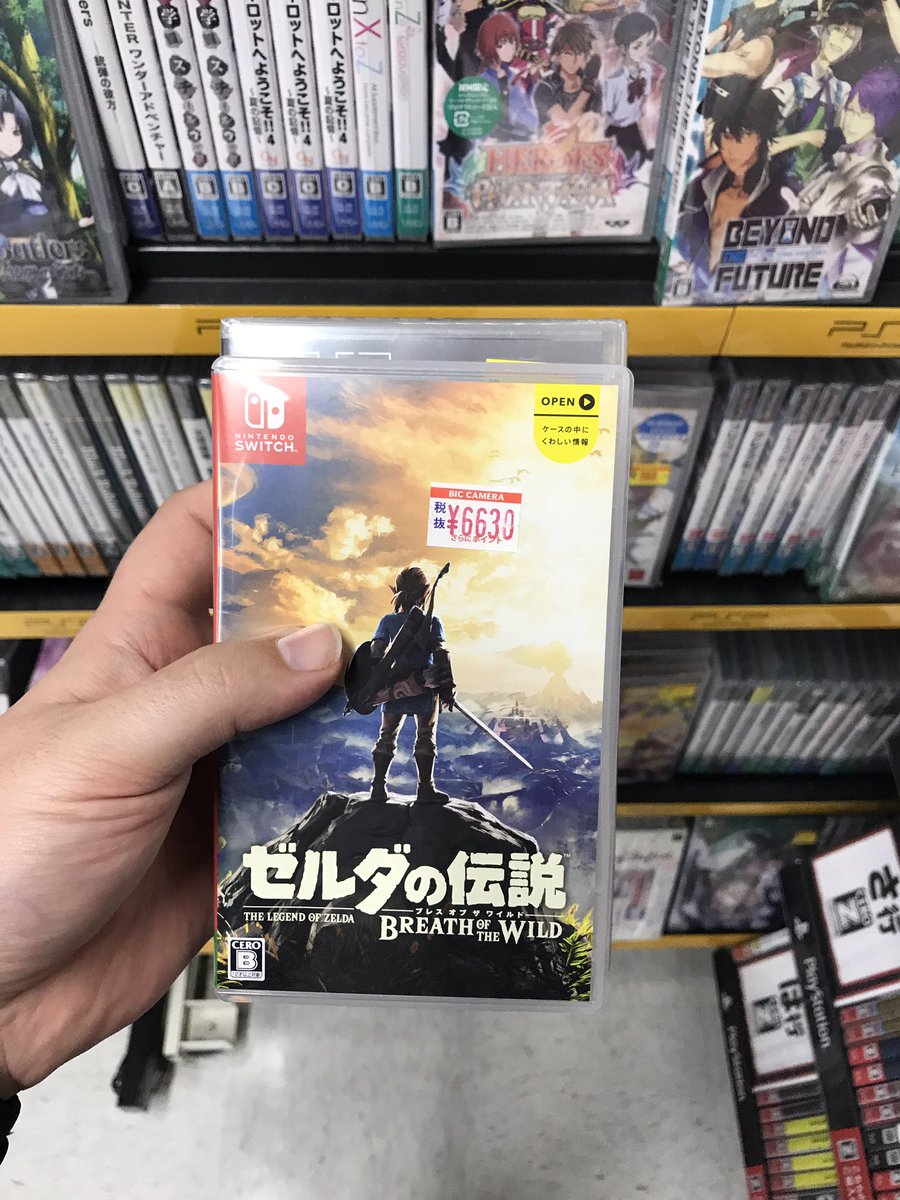 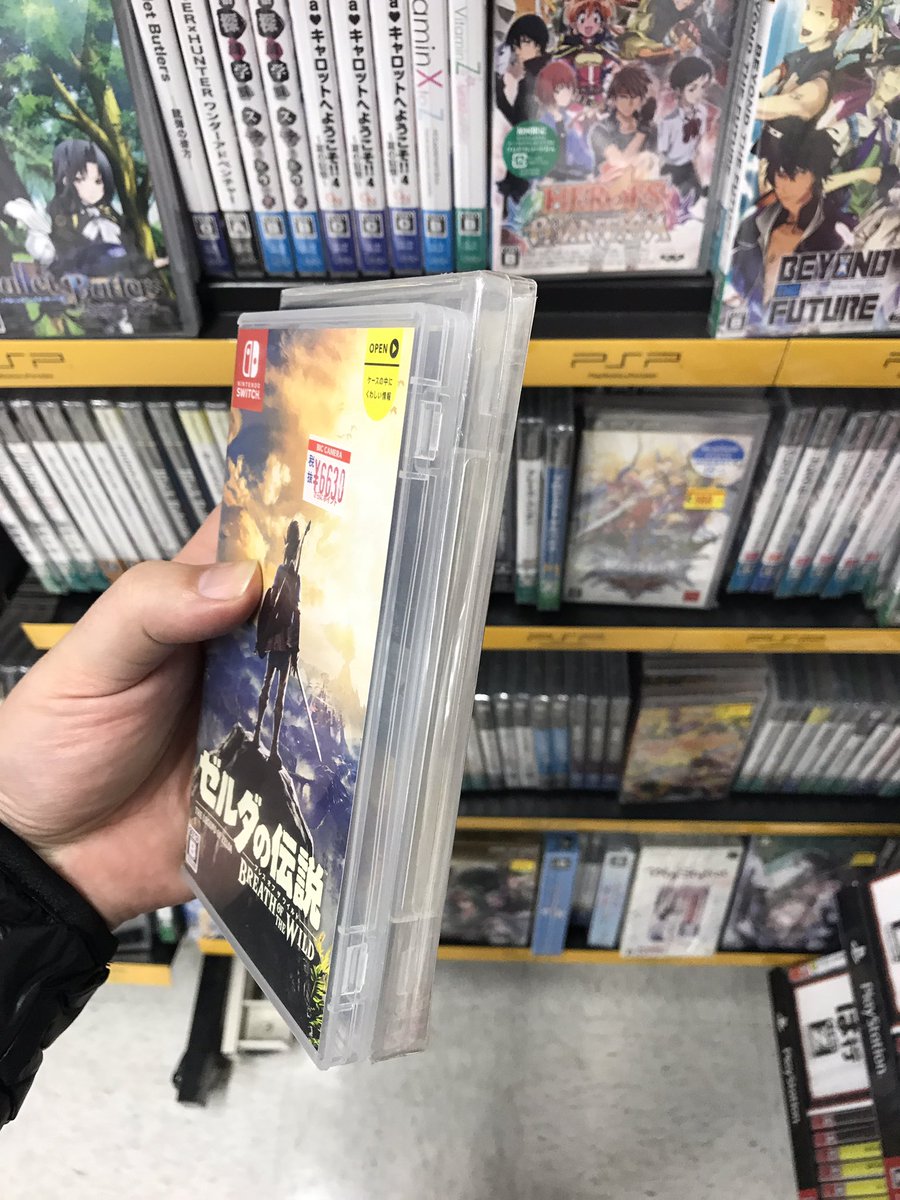 So, thinner and shorter but clearly inspired. Now the real interesting part is what they look like on the inside; I personally believe the translucent PSP cases were not initially meant to be used this way and it was just something that innovative publishers started to do. Many (probably most) PSP covers were just blank white on the inside, even first party Sony games. With the Switch cases, however, the plastic is more transparent to better view the art and it seems that every single game will take advantage of this. Behold: 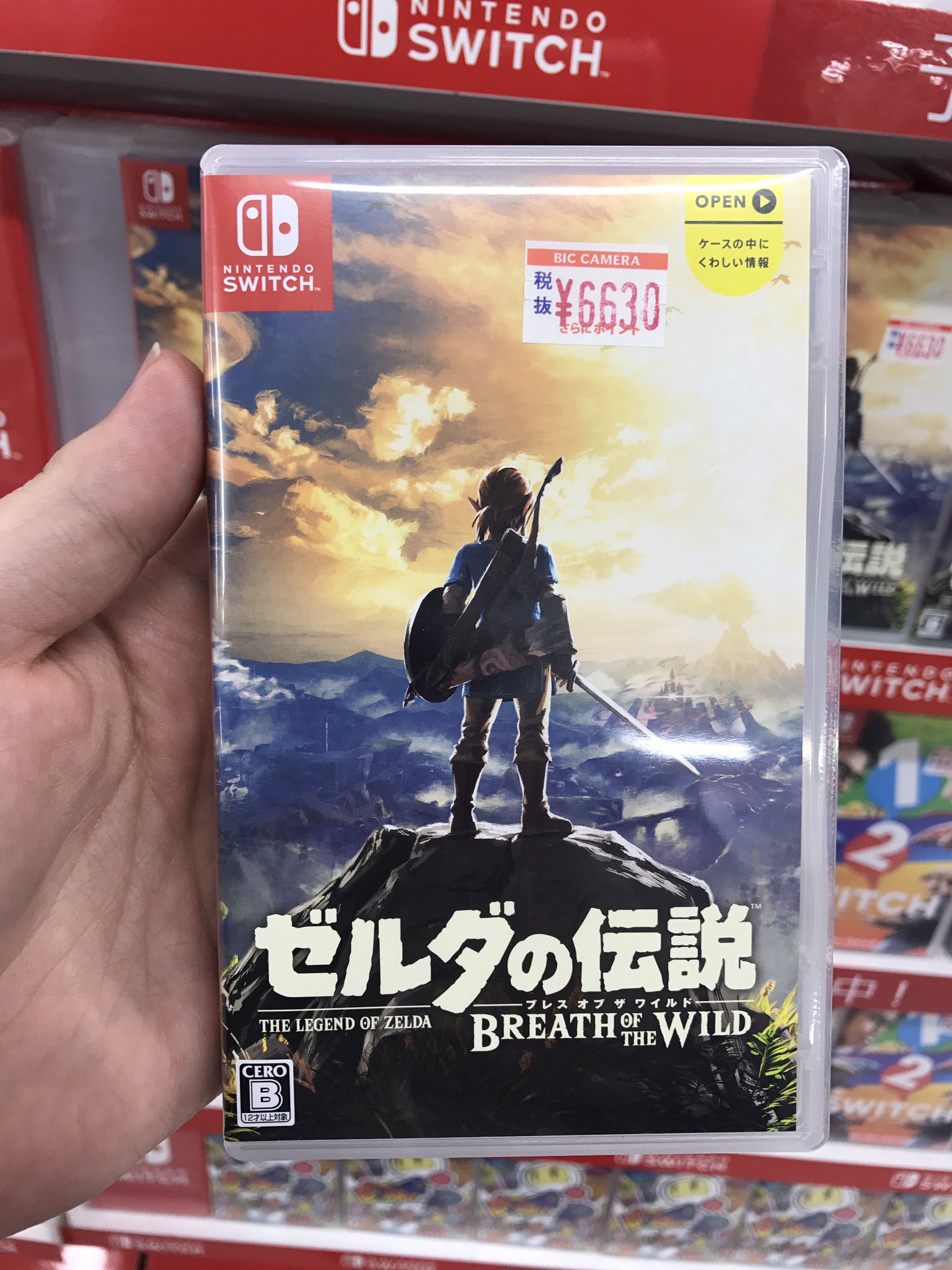 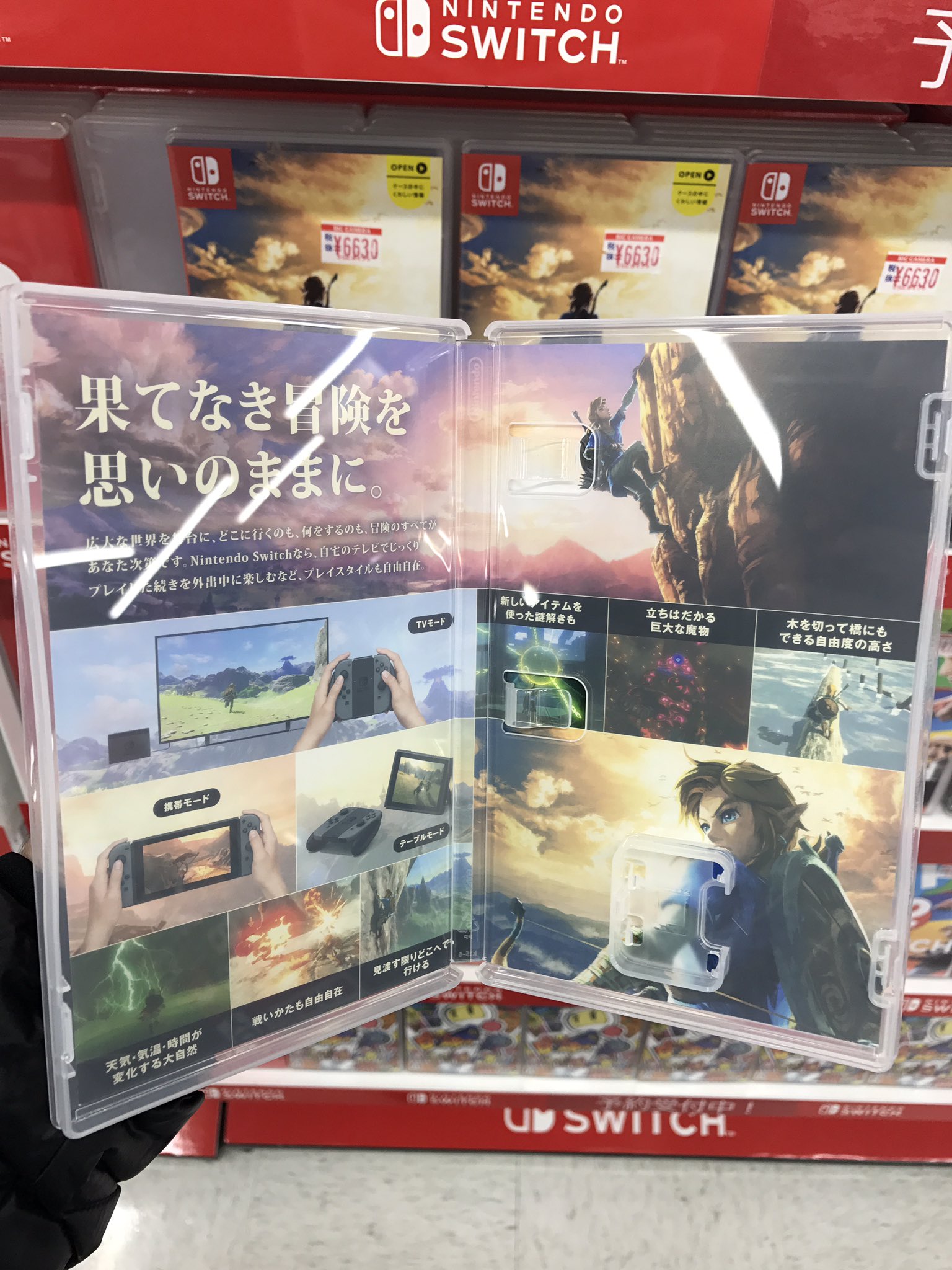 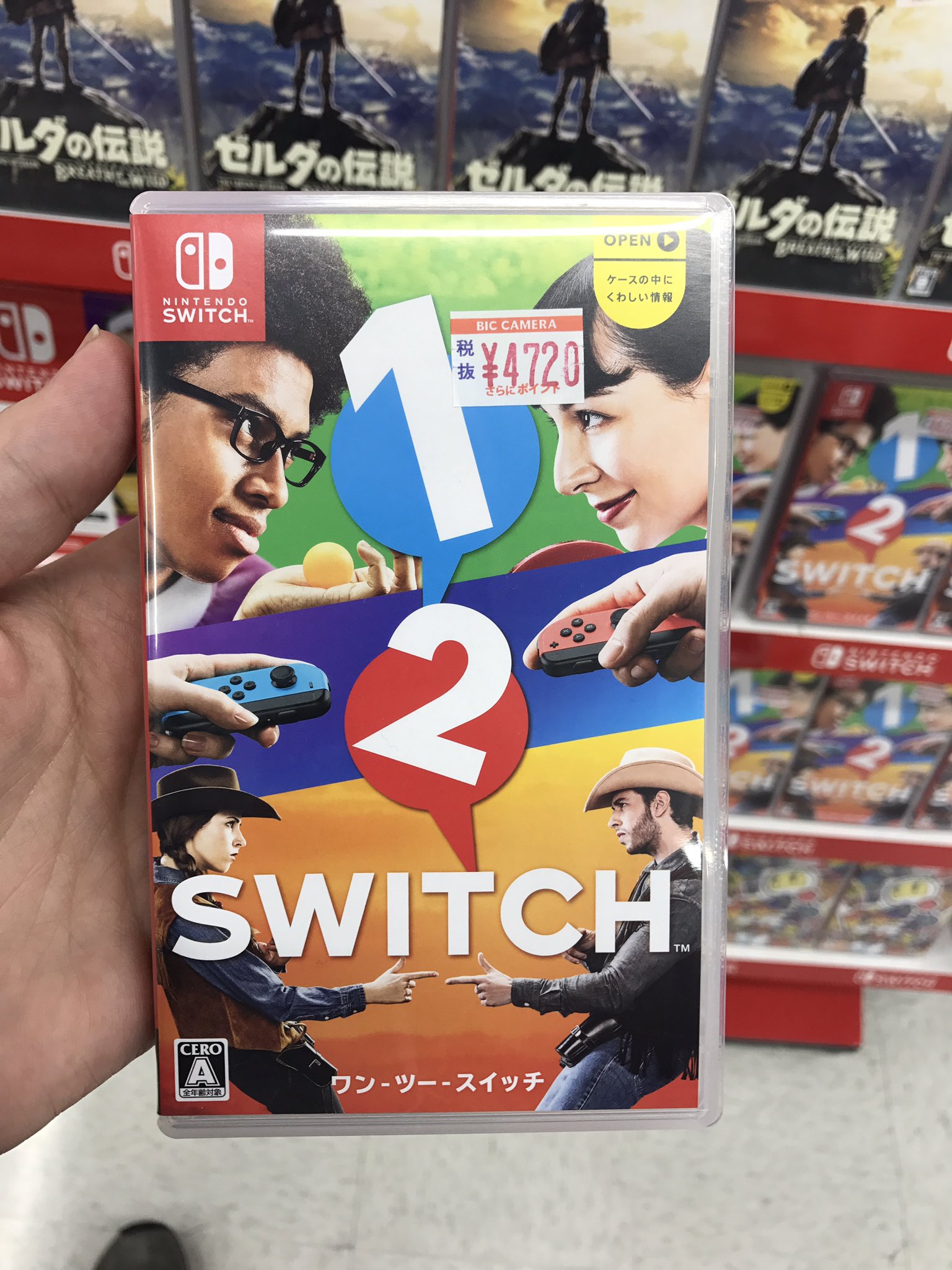 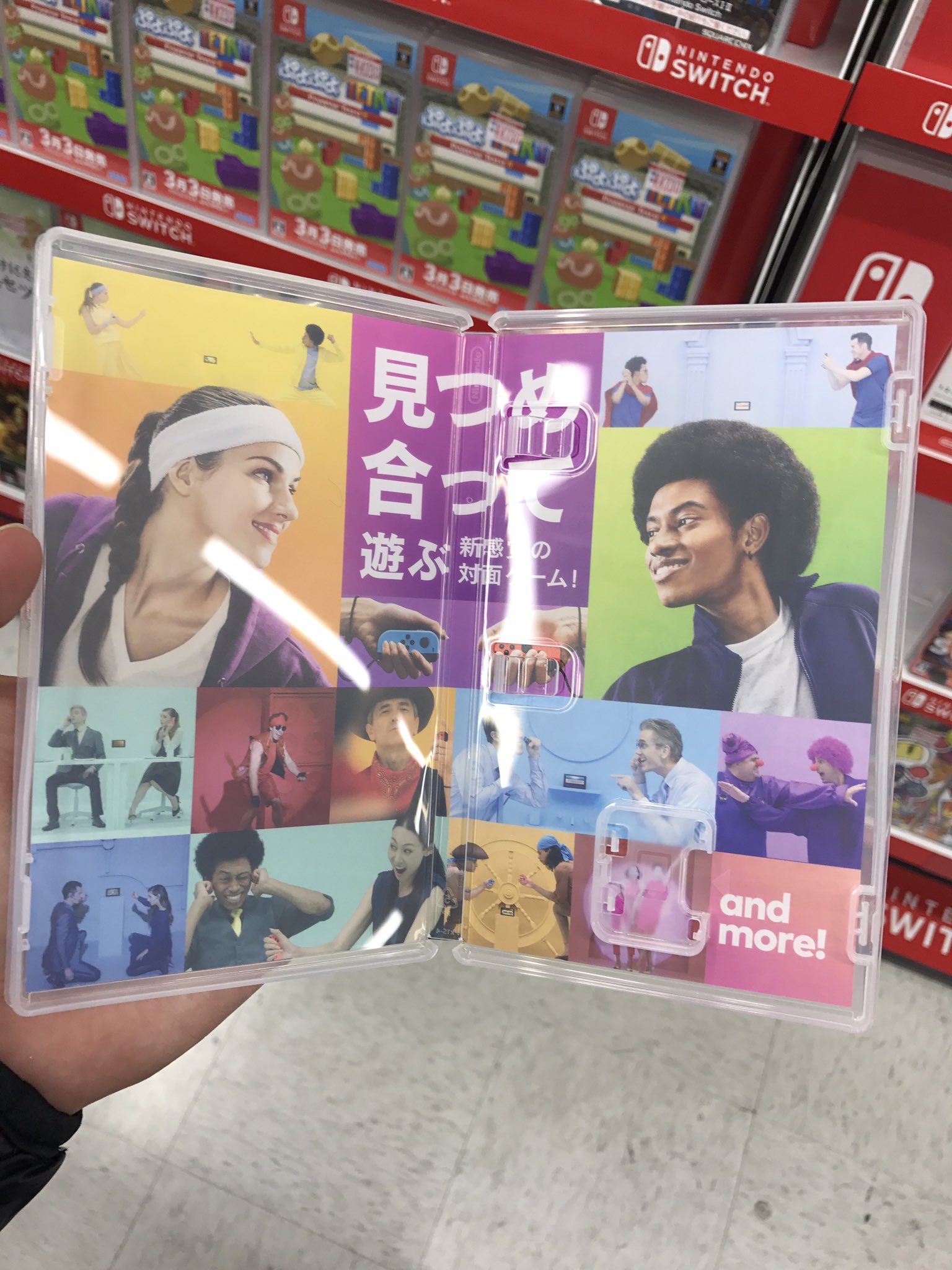 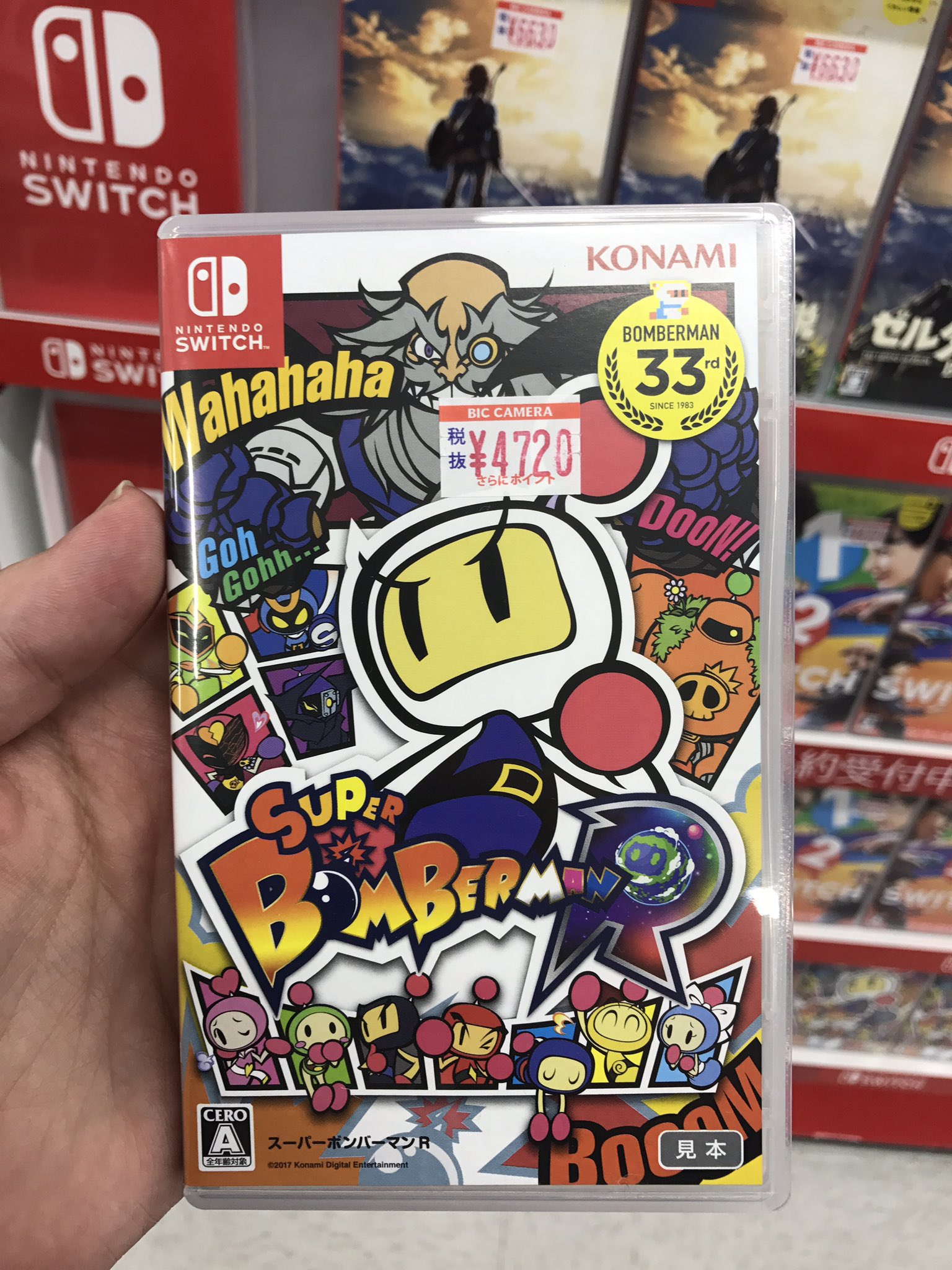 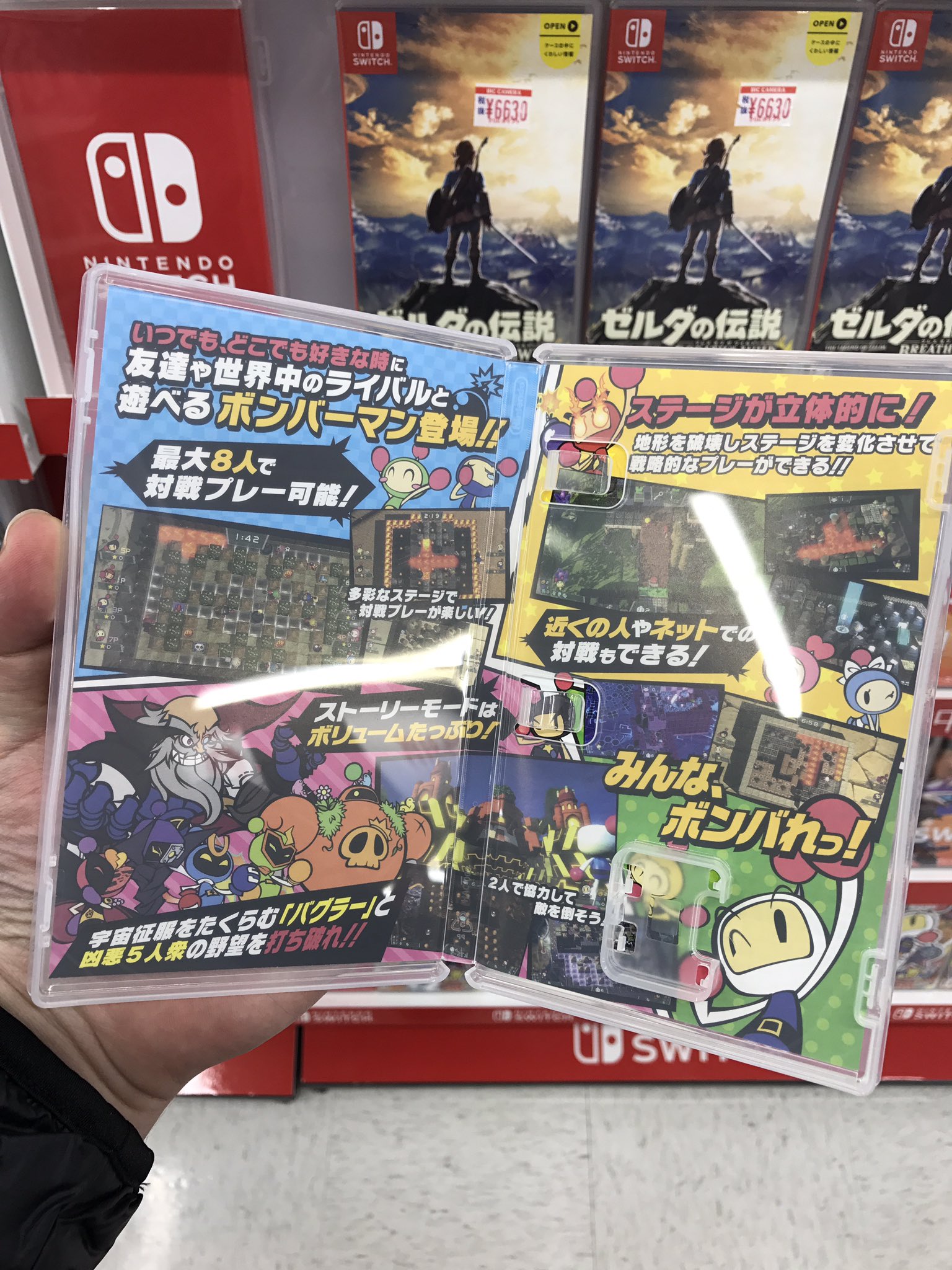 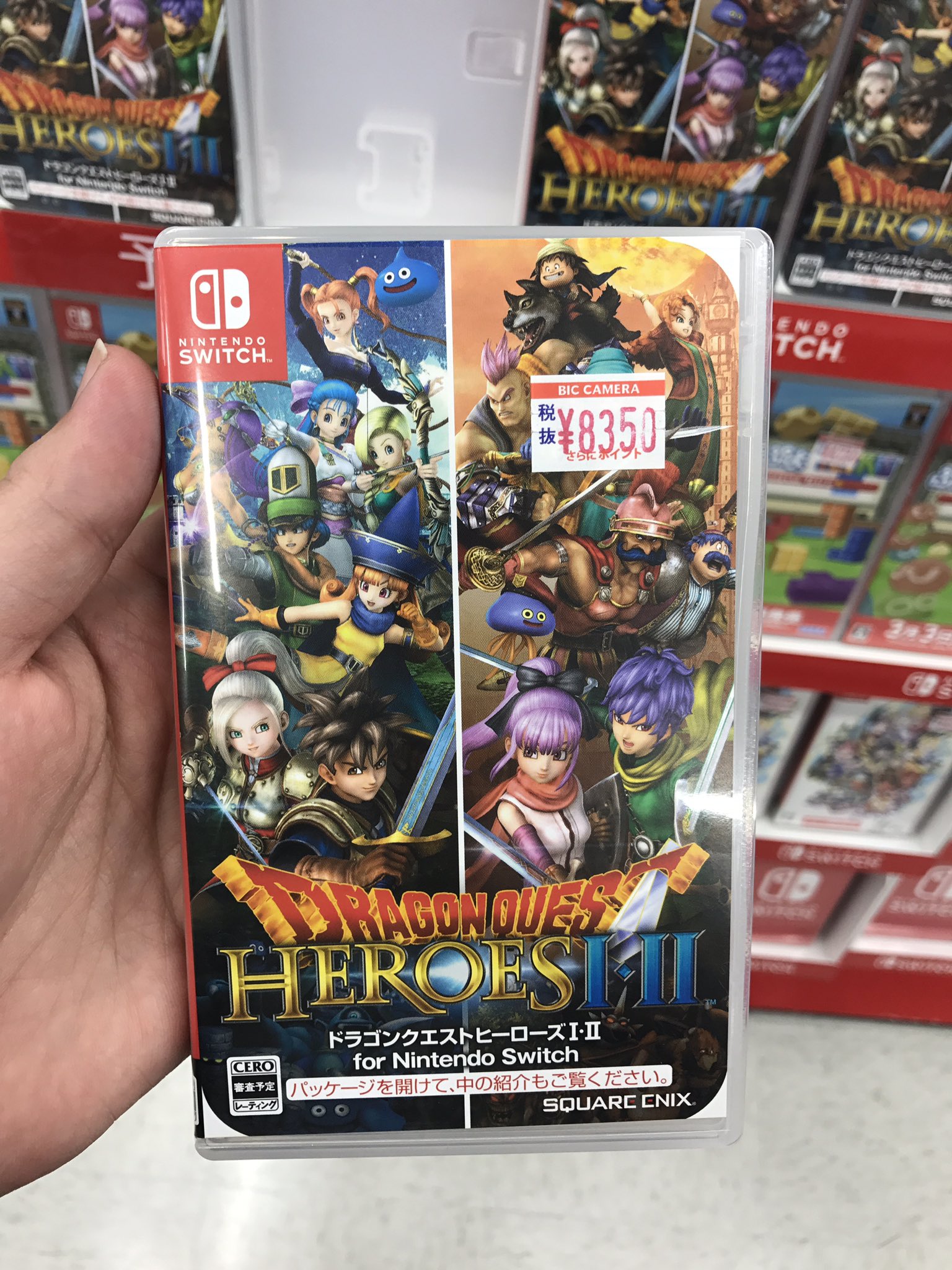 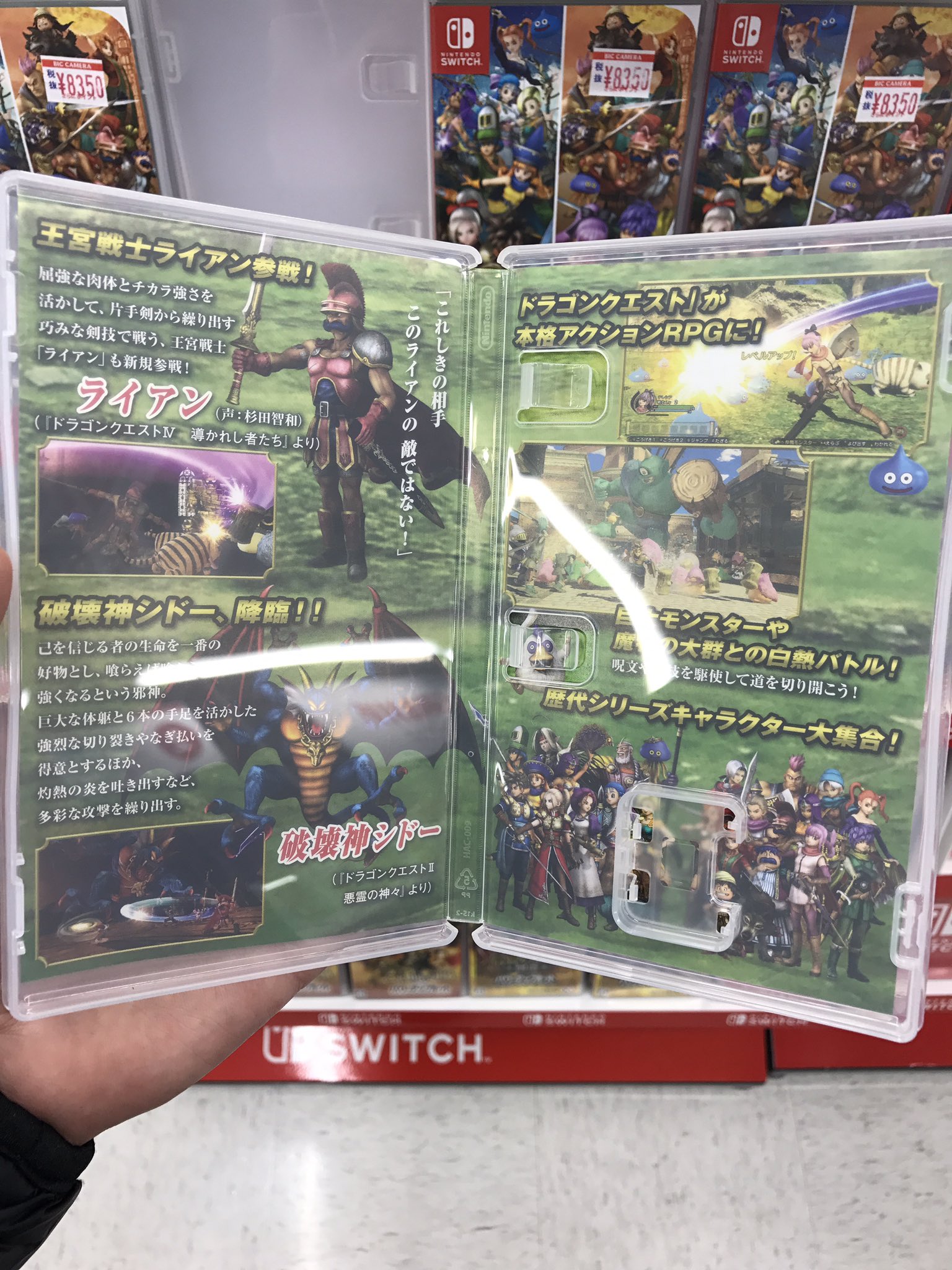 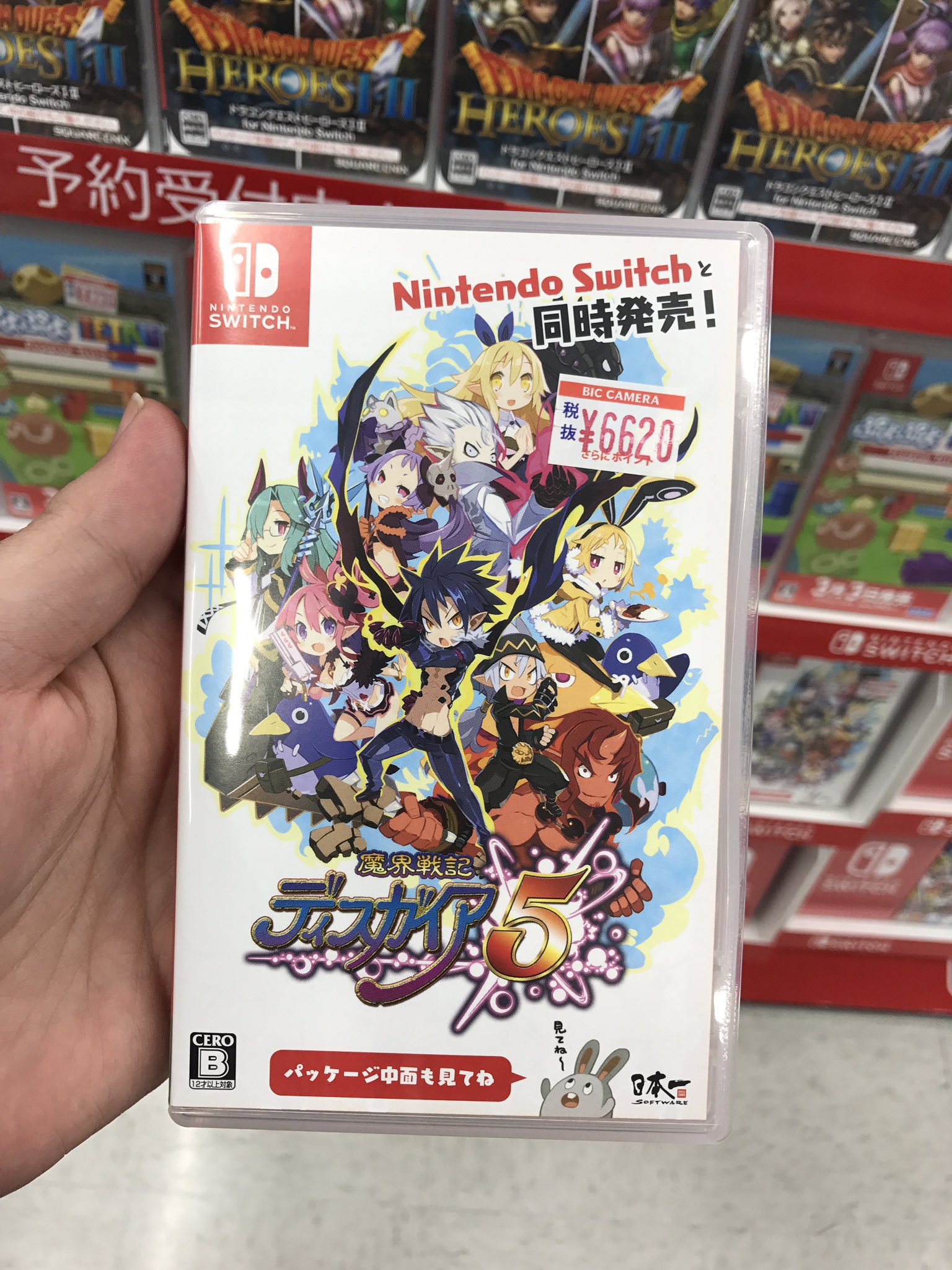 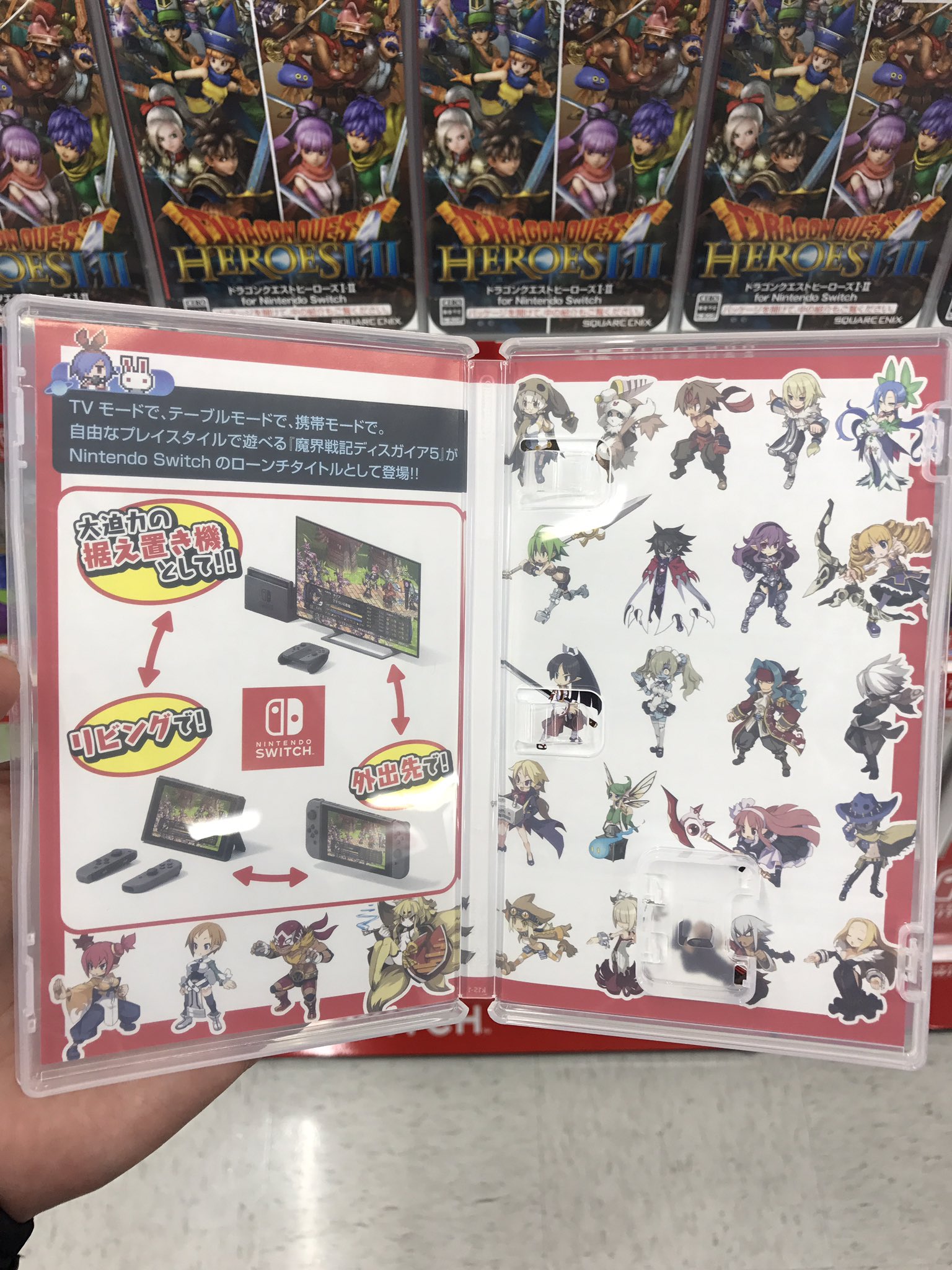 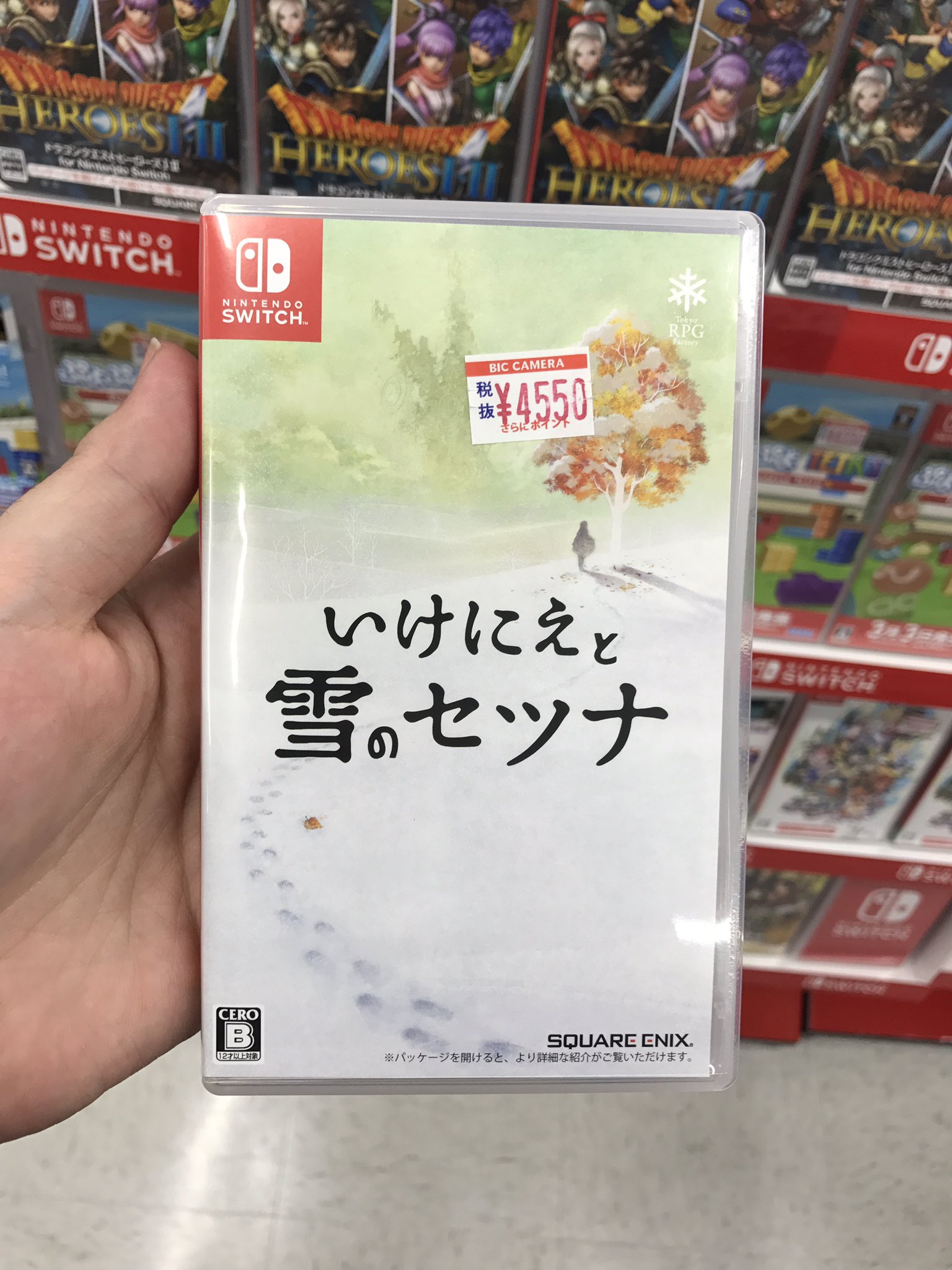 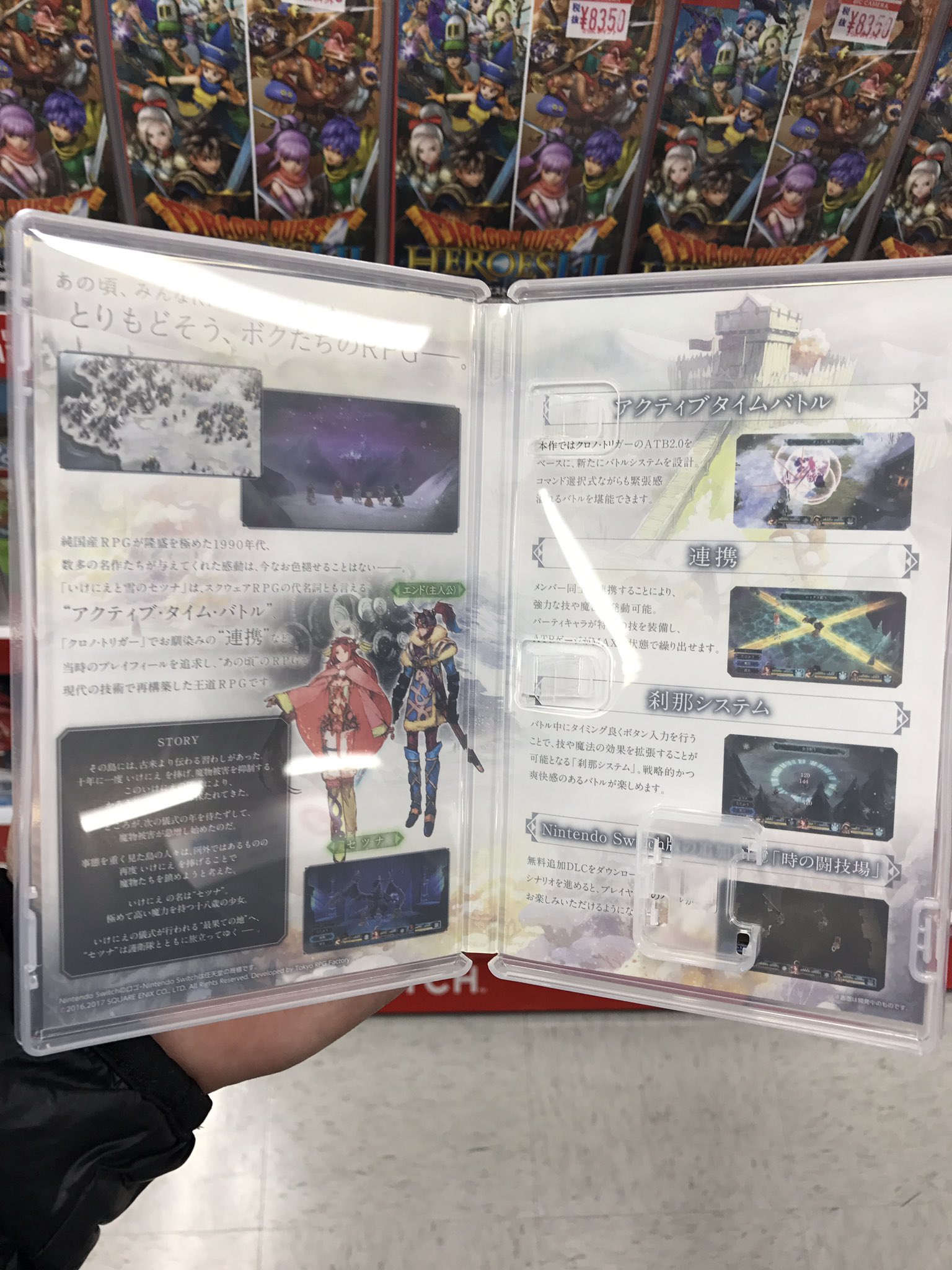 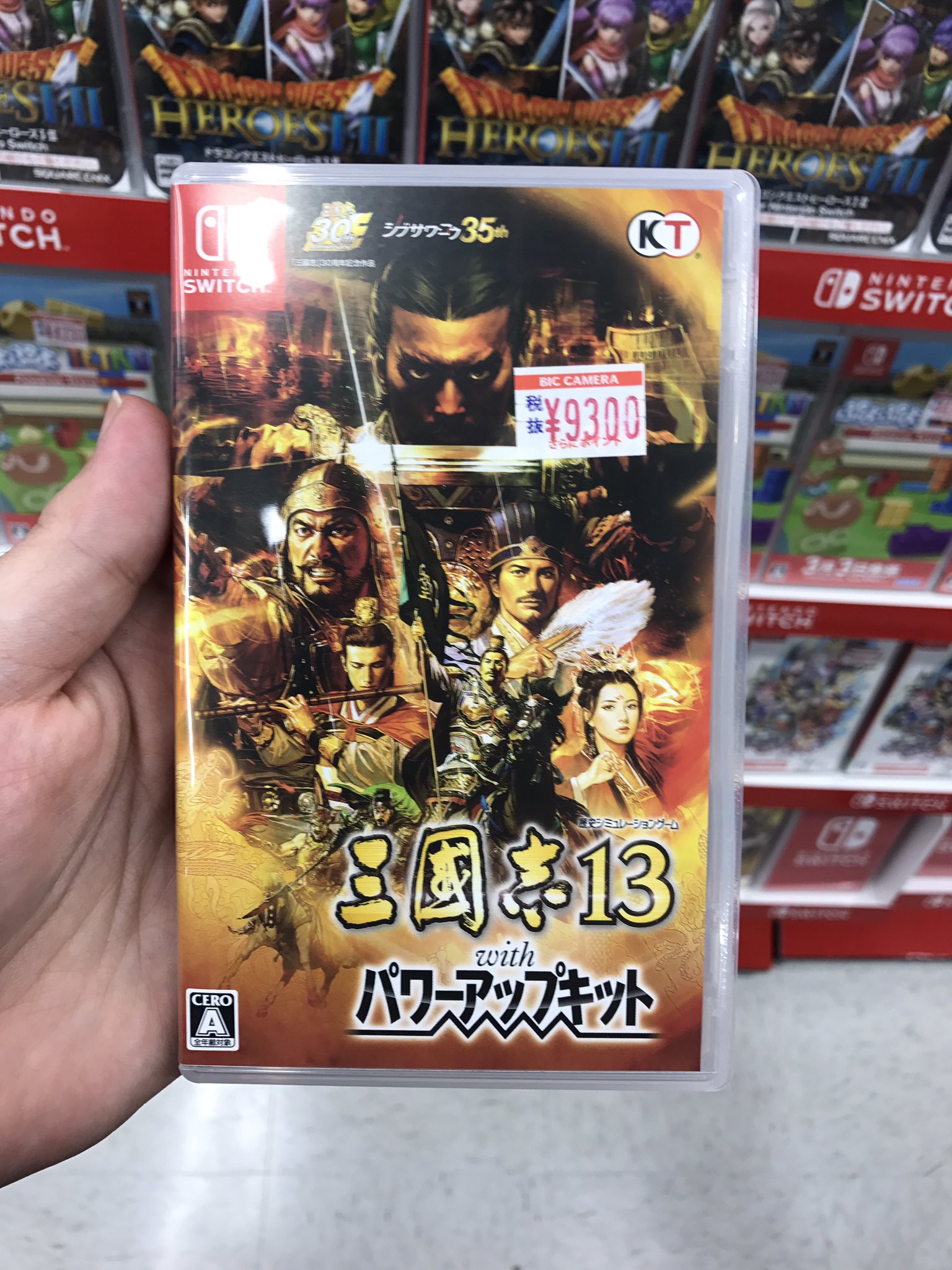 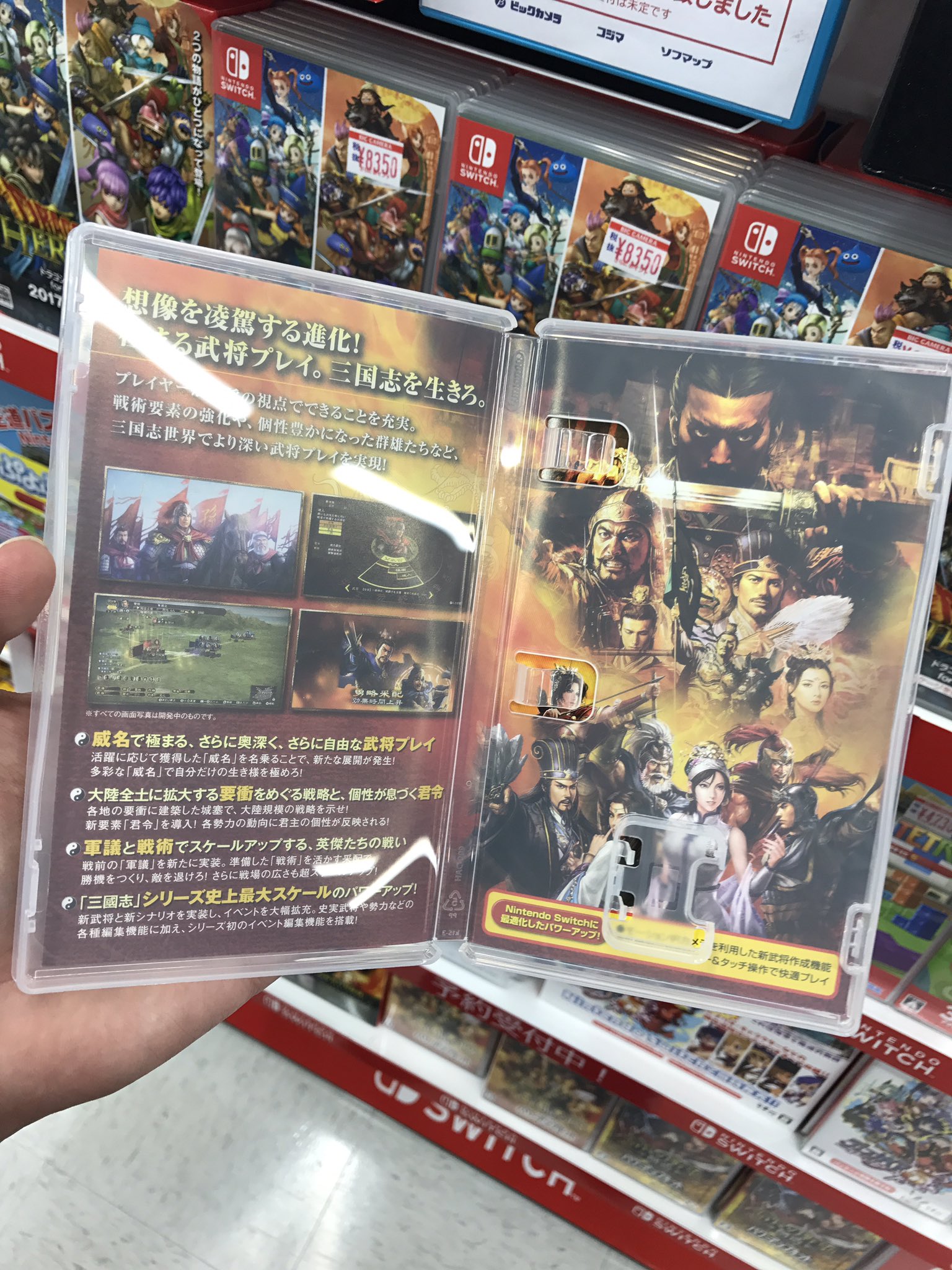 These might just be the most beautiful game cases ever designed.
L

Can't wait to not have this in NA.
S

Those are really awesome.

I love it, but I'm waiting to see if
1) it'll be the same in the west
2) publishers will do that every time.

I remember how they did on 3DS too for some games.
R

SHIT yes, I am so ready for this.
M

Not to worry, NoA will completely fuck it up by putting MyNintendo ads on there instead of beautiful artwork.
R

Weird how they went for the lower side of the case instead of the center to place the gamecard holder.
D

Exactly what I was thinking.
Here's hoping...


Roo said:
Weird how they went for the lower side of the case instead of the center to place the gamecard holder.
Click to expand...

Better for art/manual info as it's less in the way.
R

mj1108 said:
Not to worry, NoA will completely fuck it up by putting MyNintendo ads on there instead of beautiful artwork.
Click to expand...

I'd take myninyendo garbage over a plain white background.
R

these boxes are great
C

Damn this is only getting me more excited for launch. I absolutely love when extra effort is added for curating beautiful covers/insides.
C

Reggie is just a puppet. JP are the puppet masters.
C

Also note how the paperwork is now above the cartridge.

Looks like they purposefully left the other side of the interior to display artwork.
M

in europe we are gonna have none of that
R

Damn, was hoping for Splatoon.
E

That's awesome, but I thought the first pic was a Switch case for a moment and got super excited about a Castlevania announcement I'd missed.
L

On the bright side, a lot of the JP interior boxarts seem to be used as a substitute for the basic setup/controls inserts we'd see from time to time on Wii U/3DS
in place of traditional manuals
, so maybe these will make it West after all.
R

Love their choice of boxes. Small and clear!

PSP, Vita (to a lesser extent, but bonus points for really small size), and Switch win on best boxes of all time.
F

Roo said:
Weird how they went for the lower side of the case instead of the center to place the gamecard holder.
Click to expand...

looks like to accomodate the manual above it
O

Those boxes really are beautiful
M

they're making physical even more attactive to own with every detail.
S

So Switch will use the same cartridge as 3DS?

Remember that these are promotional (pre-order) boxes and not actual game boxes. Expect publishers to cheap out on it after a while and go back to blank ones.


Strife91 said:
So Switch will use the same cartridge as 3DS?
Click to expand...

No? have you not seen either video or pictures of one? They look totally different.
S

North America's going to get fucked on this, but cool
T

One of the many irrational reasons I'm super excited for the Switch is the return of PSP cases. I just love the aspect ratio for cover artwork. They look so stupid on the inside with that tiny game cart.
N

My interest just dropped to near 0. lol
U

FyreWulff said:
makes it bottom heavy so it sits on the shelf more stable
Click to expand...

That extra weight from the cart and plastic holder is nothing.
It's still a good design choice at it gets the art and manual info a better viewing window.

edit: hehe, caught the before the edit
L

Honestly, this is a tradeoff I am willing to accept.
L

Roo said:
Weird how they went for the lower side of the case instead of the center to place the gamecard holder.
Click to expand...

I'll bet that's for the sake of readability when looking at the inside art... which gives me hope that it's not just Japan getting this little perk.
B

I love the Japanese Zelda boxart. You get the iconic kanji from Zelda NES as well as the English text.
C

People really can't help themselves from immediately jumping to the "Can't wait for Nintendo to fuck it up" shit posting, huh?
N

I always loved PSP boxes. That's awesome of Nintendo.
A

Cerium said:
Unfortunately, Sony never embraced the idea with any of their future consoles.
Click to expand...

The PS3 had transparent cases, too. PS4's are translucent. Here's the inner art for the PS3 and PS4 versions of The Last Of Us: 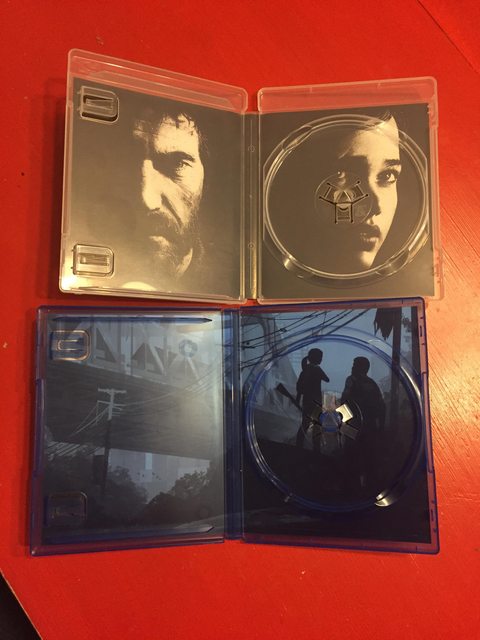 I love these! Much better than the 3DS and DS ones and look a lot sleeker than most cases!
C

ascii42 said:
The PS3 had transparent cases, too. PS4's are translucent. Here's the inner art for the PS3 and PS4 versions of The Last Of Us:

I have no idea how I forgot that. Not all of the games used that did they? Edited.
D

I love PSP game cases. It's why I've hung on to PSP physical games that I've purchased - they really are beautiful.

This is cool!
R

Well that part is presumably up to the publisher.
P

I love art printed on both sides.
R

is there any particular reason Romance of the Three Kingdoms is so expensive ?
You must log in or register to reply here.

How close are we to an all digital gaming future?

Jul 21, 2019 started Tip_of_the_Hat
Jul 22, 2019
VulcanRaven
Is the PSP and DS the only time Sony and Nintendo rivaled eachother in third party support?