Hardware Now With Xbox Series X Price Point Has Officially Been Announced To Be $499, How Much Will PlayStation 5 Cost?

I wouldn't be surprised if it was

It'd be amazing if it was $499 and $399 but I think Sony can get away with it being higher priced and still selling really well.

StreetsofBeige said:
All Sony has to do is add EA Access to PS Now as well and today's EA news is a wash.
Click to expand...

That depends on how much Jim willing to pay EA no?
Reactions: SoloKingRobert

PS5 will be $499. The all digital edition is the wrench depending on the size of the SSD.

Honestly if they get the digital version to 400 its trouble for Microsoft, 400 is the modern sweet spot for consoles, might be a bit too hard to get to that though

From what i have come to understand, a xbox gamer spends more $$$ than a playstation gamer. Playstation brand is more biased towards poorer economic regions like South America, Middle East, Eastern Europe and Asia. They were definitely targetting 499$ from the beginning. 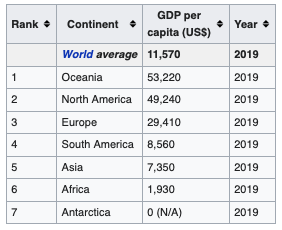 TTOOLL said:
People who say 599 are youngsters who do not remember the PS3 price announcement.
Click to expand...

Or the manchildren who desperately want to see it happening again.
Reactions: SoraNoKuni, Lysandros, sublimit and 2 others
P

If Sony can't undercut the Xbox Series X with less specs, they fucked up.

449 the standard PS5
399 the Digital Edition
Reactions: Machavelle, Lysandros, SoloKingRobert and 2 others 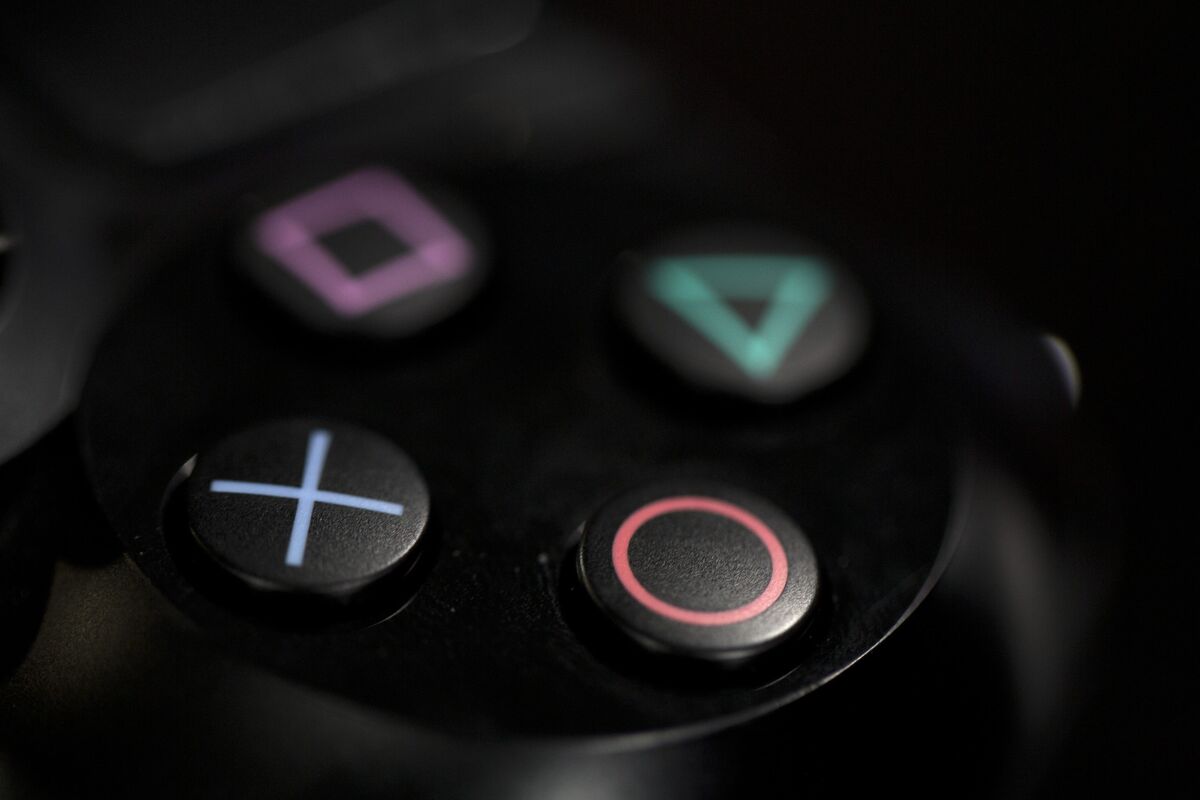 Sony Is Struggling With PlayStation 5 Price Due to Costly Parts

Scarce components have pushed the manufacturing costs for Sony Corp.’s next PlayStation to around $450 per unit, forcing a difficult price-setting decision in its battle with Microsoft Corp., according to people with knowledge of the matter.

I know that, but remember PS3/360. Both lost around 8 billions on the hardware and now that Microsoft offers a stronger console for 499 and Sony knows how bad their PS3 pricing and how good their PS4 pricing went, i guarantee you 499 max. Mark my words.
F

Sony will price the full PS5 at 399 even if they take a loss. They want to bury Xbox quick in English speaking countries. They know they have it in the bag in the rest of the world no matter what the price is.


PresetError said:
If Sony can't undercut the Xbox Series X with less specs, they fucked up.

The PS5's SSD Is supposedly a generation or two ahead of Microsoft's. May not be just GPU specs.
Last edited: Sep 9, 2020
Reactions: SoraNoKuni and DocRay
A At Team Xbox, we always strive to put you, the player, at the center of the gaming experience, letting you play how and where you want and delivering experiences for all types of players. It’s with this spirit in mind that we’re excited to introduce you to Xbox Series S, an all-digital next-gen...

My guess is they will make it the same price, and will have better sales. There's no way they can sell it past 500
Last edited: Sep 9, 2020
T

Aladin said:
From what i have come to understand, a xbox gamer spends more $$$ than a playstation gamer. Playstation brand is more biased towards poorer economic regions like South America, Middle East, Eastern Europe and Asia. They were definitely targetting 499$ from the beginning.

Most of PS4 are still sold in rich countries.

What’s the pull of the DE if there’s only a 50 dollar price difference between it and the normal version. Doesn’t make sense to me. Sony can afford to make a bigger loss on that knowing they’ll make so much more from digital game sales. I’m going with 400 and 500 for the two versions.

I don't want to say the uncomfortable truth here. We all deep down in our hearts know it.

That being said I hope I can get the normal disc based version for 499€ or less.
T

The longer Sony waits, the more expensive it must be. Try to put some space between the announcements
Reactions: Md Ray

449/499, only thing that makes sense. Even something like 479 for the disc version seems unlikely. While Sony's GPU is significantly cheaper, the SSD and cooling will definitely push the price up

trikster40 said:
$399 for base PS5, $349 discless. Sony knows they can't go same price as XSX because it honestly isn't perceived as the same value. If you're a gamer who is on the fence, you're going to go with XSX if PS5 is same price.
Click to expand...

Not really, you go where the games are. I think Sony and Nintendo outshine Xbox in that regard. if it was about power, the switch should have been a failure.
Reactions: SoraNoKuni and Hezekiah

ThisIsMyDog said:
Most of PS4 are still sold in rich countries.
Click to expand...

PS3 was expensive because they wanted to differentiate it from already released and successful Xbox360. Playstation would have chosen a similar or lower target price while designing ps5, just to make sure it does well in its core markets. ps5 disc is definitely 499$ or 449$.
P

Sony has better tech and the better games for their console release, we should expect higher

However, i think they are going to blow peoples minds with a £399 De
Reactions: SoraNoKuni and Mr. PlayStation

I assume the Ps5 was built in mind to be 399 to begin with, the sudden spike in certain parts is what makes it uncertain that they will tech that. I read recently that certain parts have come down in cost recently (someone here shared a link I believe) so idk what to think. I do think the disc less version will be 399 no matter what though.

Should be £399 since it's less powerful.
Reactions: SimpleKindofMan and oldergamer

Digital edition 399 and regular edition for 449. Been on that train from the jump and we're riding it. Sony may not want to eat that loss but they will to maintain market share.
Last edited: Sep 9, 2020
Reactions: Superkamikaze
S

Digital will be priced aggressively. The profit margin from software is significantly higher than physical and they would want most people to buy this. 399

The other model cannot be just 50 more expensive or they kill the DE. 499

Even if the go for the overkill and put DE at 349 they have no reason for a cheaper non digital model.

The digital unit can't cost much less, it only differs in the drive and the size, neither of which amounts to much. The good news is it is one console to design games for and not waste resources for developers.
Reactions: Self High Five

It would be brilliant for them to price match it. But knowing Sony's fanbase, I'm sure they could get away with it being $50-$100 more just fine. I almost see it being a bit more with all the tech they're apparently putting into the controller, etc.

PS5 will be 399. Mark my words.
Reactions: avalonzero, sublimit and ForestVSea

A $399 standard edition will really resonate well with the masses, the casuals, and the internet.

At this point. Only god knows as I'm pretty sure Sony don't.
F

At Team Xbox, we always strive to put you, the player, at the center of the gaming experience, letting you play how and where you want and delivering experiences for all types of players. It’s with this spirit in mind that we’re excited to introduce you to Xbox Series S, an all-digital next-gen...

The Xbox One X seems more powerful than the Series S. At the very least it has a stronger GPU (6 TF)
Reactions: DarkMage619 and Riky
T

trikster40 said:
$399 for base PS5, $349 discless. Sony knows they can't go same price as XSX because it honestly isn't perceived as the same value. If you're a gamer who is on the fence, you're going to go with XSX if PS5 is same price.
Click to expand...

Heck no, PS5 has games folks want to play, its as simple as that. Sony is going to market the heck out of Spiderman this holiday, while Xbox has?

Clear said:
Not really, in the end its all about transistor count and hence die-size. Because thats basically dictating yield cost. If you look at what's eating all the space on the Series X SoC, the majority gets eaten up by the GPU, Ryzen cores are comparatively tiny, as are all the supplemental devices which do mostly the same things the PS5's counterparts do.

Point being, Sony could double the die-space occupied by those parts, and would still end up with a substantially smaller chip just because they opted for a 36 rather than 52cu GPU.
Click to expand...

I hope it's $499 with disk drive and $450 or even $399 without (they might be willing to take the hit to offer and aggressive price en push more people to digital).
Though I half expect it will be $550 with disc drive $499 without.

Either way, the meltdowns will be legendary. Looking forward to it

The longer we go without knowing, the more we all understand it's going to be higher than Xbox
You must log in or register to reply here.