December retail game sales are down 1% year over year.

Note: Bundled sales are not reflected in the platform rankings.


Sony PR said:
&#8220;As we reflect on an amazing year, we want to thank fans and partners for making PlayStation 4 the top selling console in December and in 2015. PS4 also had the strongest third-party software sales in 2015 in the U.S., according to NPD.

The momentum and enthusiasm for the platform continued throughout the year, resulting in cumulative sales of more than 35.9 million since the launch of PS4. During the holiday season alone, more than 5.7 million PS4s and 35 million PS4 games were sold through to consumers worldwide. We look forward to another great year and bringing an extensive portfolio of games from our publisher partners and SCE Worldwide Studios to fans in 2016.&#8221;

The movie coming out probably gave it a very nice sales bump.

Hope we get bundle numbers later tonight.
A

Minecraft SM at #9 is surprising. RB6 doing well.
B

EDIT so I stop getting quoted. Yes, bundles are the reason, yes, FO4 actually sold better on PS4, and it was a mistake in OP.

And here we go.

The TOP 3 is about what i expect, and WOW, all 3 sold better on XBO! (withouth bundle).


where they at?
D

Good for Siege. It was a surprise for me and word of mouth is spreading, I suppose.
D

Can't believe GTA made its way back. I didn't see a great discount anywhere.
W

Ditto, that's the most surprising thing for me on the list.
P

here for lord MAU
A

Welfare said:
Fallout 4 selling more on Xbox. Called this months ago. (Including bundles)
Click to expand...

Does Nintendo have hardware?

The platforms on that list make me think otherwise.
D

Fallout 4 sold more on XOne?! COD and SW had bundles and are not counted so PS4 probably won those but Fallout 4?! and that's without even counting XOne bundles.

Edit: the source says that Fallout 4 sold better on PS4. why is it different in the OP?

So many wins for Xbox in software sales! I didn't see that coming.

def ault said:
Good for Siege. It was a surprise for me and word of mouth is spreading, I suppose.
Click to expand...

Wait, but I thought Minecraft was a dead franchise?
/s
NPD group should do a top 20 for the holidays, not exactly much there that is particularly surprising
O

Damn Xbox One doing work this month for software.
R

What a depressing Top 10.
P

Two of the three were featured bundles for PS4 though.
J

WAIT. This is a mistake!

Sorry! I was rushing this one today a bit because numbers came in late, and I had a lot going on at once.
A

Wow, is that a resurgence for Madden?
D

Minecraft Story Mode must have been a consecutive set of typos because I'm pretty sure that's a dead franchise.
O

Nice month overall, congrats to everyone.

Wow. Minecraft is printing money.
B

I stared into the abyss and the dudebro stared back
F

Can't believe Minecraft is so popular, but hey - one man's gold is another man's garbage ;o)
L

But I thought Minecraft was a dead franchise.
Congratulations for taking all the months, Sony! 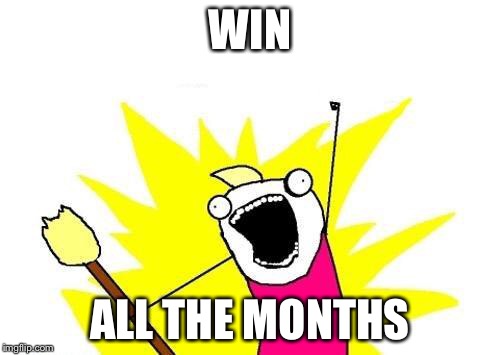 I'll be interested to see if there any leaks of how Xenoblade Chronicles X did.
J

Wheres RoTR? Kinda expected that to make the Top 10 considering the million sales...

I always forget each month, but do the software numbers include bundles?
A

Fallout 4 even without bundle and Siege selling more on Xbox One. That's interesting.

Fallout 4 PS4 SKU is listed before XB1 in VB's article btw. Could be VB being wrong.
J

def ault said:
Good for Siege. It was a surprise for me and word of mouth is spreading, I suppose.
Click to expand...

It's a good game when the servers work. Just hope the next patch fixes the major issues people are talking about.

They don't, but including bundles, the Xbox One is the number 1 platform for F4.
S

This post isn't by me, it's by a guy with the same username as me.

Man, GTA V is something borderline ridiculous at this stage.

#6 more than 1 year later.
You must log in or register to reply here.