February retail game sales are down 12% year over year.

Hardware was down 23% year over year.

Retail game sales were down 10% year over year.

Notes:
- Fire Emblem would rank at #3 if it was combined SKUs, with over triple the debut sales of Awakening, which did 117K at retail. It did nearly 400K between digital and retail.
- Pokemon Red/Blue/Yellow broke the eShop first week sales record previously held by Super Smash Bros 3DS.

&#8220;We would like to thank our fans and partners for making PlayStation 4 the top-selling hardware platform and the software sales leader in February, according to NPD. We continued to see strong year-over-year sales growth for PS4 hardware and software and are truly humbled by the support and enthusiasm from gamers. We will continue to deliver amazing gaming experiences with the upcoming launches of Ratchet & Clank, MLB The Show 16 and Uncharted 4: A Thief&#8217;s End.&#8221;


"February was a fantastic month for Fire Emblem Fates: Birthright and Fire Emblem Fates: Conquest, the newest entries in the critically acclaimed strategy RPG series from Nintendo. The games took two top-10 spots on the best-sellers list from the NPD Group, which tracks U.S. video game sales. In little more than a week, the two versions of Fire Emblem Fates totaled nearly 400,000 combined units sold, including physical and digital versions. This far outpaces 2013&#8217;s Fire Emblem Awakening game, the series&#8217; previous record-holder in the United States, and is a testament to both the longstanding popularity and rapidly growing fan base of the franchise.

February also saw the digital debut of the 2D Pokémon Red, Pokémon Blue and Pokémon Yellow games in Nintendo eShop for the Nintendo 3DS family of systems. The games instantly shot to the top of the charts, and together, combined to break the first-week Nintendo eShop sales record previously held by Super Smash Bros. for Nintendo 3DS.

With classic graphics and timeless gameplay, these versions of the original Pokémon adventure are proving to be a popular way for fans to celebrate the 20th anniversary of the series."​
Click to expand...


"The unmatched lineup of games available on Xbox One continues to generate a strong response from gamers as seen through global Xbox Live engagement and exclusive game sales. Compared to February 2015, exclusive Xbox One U.S. game sales drove a 49 percent increase and the total number of hours spent gaming on Xbox One worldwide rose 93 percent. Earlier this week, we launched the Xbox One &#8216;Tom Clancy&#8217;s The Division&#8217; Bundle to coincide with Ubisoft&#8217;s release of &#8216;Tom Clancy&#8217;s The Division&#8217; and looking ahead to this spring, fans can look forward to the upcoming release of the highly-anticipated &#8216;Quantum Break,&#8217; launching on both Xbox One and Windows 10 on April 5, as well as the built-for-Windows 10 visual showcase, &#8216;Forza Motorsport 6: Apex.&#8217; We are truly grateful to our fans for choosing to play the greatest games lineup in Xbox history across Windows 10 devices, and are excited to share more in the coming months on our full lineup of holiday exclusives as well as new innovations, features and experiences coming to Xbox One, Windows 10 and Xbox Live.&#8221; &#8211; Mike Nichols, Corporate Vice President, Xbox Marketing, Microsoft​
Click to expand... 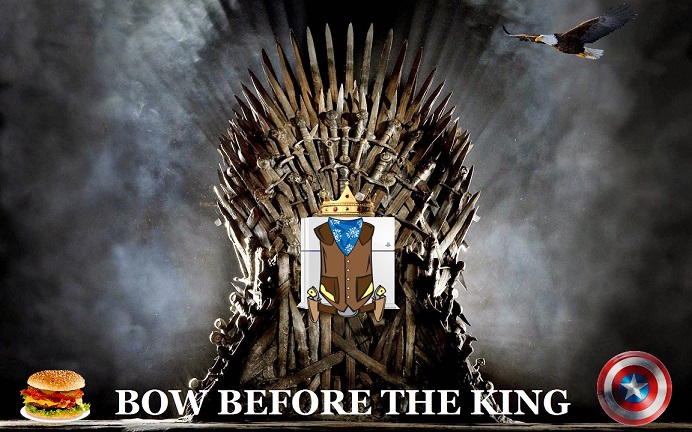 Maybe one day Capcom can make a fighting game that can sell as well as Naruto.
R

Happy to see one SKUs of Fates in TOP TEN, even if was expect.
D

All that love for SasuNaru. Go naruto. Hopefully more animey games can get the love.
M

Odd to see that they're counting FE Fates separately.
M

Ahh, so Nintendo and NPD consider Fates to be two separate games then, which makes sense.
W

I wonder what's the gap between Naruto's versions.
R

Considering how different the games are, it was right to split up both versions of Fates, but I wonder how much higher it would have charted as a combined SKU.
T

This will never happen again.
M

surprised to see one FE version in top 10. i didn't think it would chart even if you combined both.

they count pokemon separate and those games are much more similar to each other when it comes to paired versions.
G

Nirolak said:
Maybe one day Capcom can make a fighting game that can sell as well as Naruto.
Click to expand...

Yeesh SFV debuted at 7 this month? That's no bueno. Shame too, as I love how it plays.

Now we wait for MS PR.

This show how much customer care about content. Good foundation is not enough.
A

I am glad Sfv made NPD.
Z

Am I reading this right?
H

Madao said:
they count pokemon separate and thiose games are much more similar to each other when it comes to paired versions.
Click to expand...

For some reason they counted Smash 3DS and Wii U as one game though.
F

3 anime games in the top 10, anime is taking over

Ridley327 said:
Considering how different the games are, it was right to split up both versions of Fates, but I wonder how much higher it would have charted as a combined SKU.
Click to expand...

Top 3, going by CosmicQueso's comment. I hope Nintendo issues a PR this month, at least for Fire Emblem's success.
M

Yep. For Pokémon I could understand the reasoning, but even on Smash Bros they combined Wii U and 3DS. So it seems to be on a case by case basis.

Combined would've been higher of course, but individual is amazing anyway considering is Fire Emblem.
S

CosmicQueso said:
Oh yeah. Well, all 3 combined would have got it to top 3.
Click to expand...

You are the ocean's gray waves, destined to seek
Life beyond the shore just out of reach
Yet the waters ever change, flowing like time
The path is yours to climb

Even split up 3 ways, Fire Emblem still charts in a sea of multiplatform games. Amazing. Primal and Naruto did well, and everything else was basically expected.
B

The WOM on SF5 was not good for February. I really don't know why they didn't hold off a month or two before releasing it.
P

Have any third party exclusives, regardless of platform, performed well?
F

another boring month, sfv you sold a lot in my heart
P

Well SF is only Counting Ps4, And Naruto is both consoles.
A

Cow Goes Moo said:
3 anime games in the top 10, anime is taking over

PS4 main sku is a COD bundle that does not get counted by NPD, most likely it sold more on ps4.
S

At this point the PS4 is the John Cena of this hardware gen.

It makes things kinda dull and predictable because you know its going to keep on winning.... But then you get that one upset now and then which adds a spark of excitement.
W

Not necessarily. One of them could have rose, but the others could have dropped dramatically. It's likely they're all down though.
K

Good for Far Cry! Incredible game, my favorite of the series by far.

And good for Fire Emblem!
A

I continue to be impressed that there are still that many consumers to sell GTAV and Minecraft to.
C

all I care about! the best version sold the best.
You must log in or register to reply here.