Hardware was down 19% year over year.

Retail game sales were up 8% year over year.

&#8220;Thank you to our fans and partners for making PlayStation 4 the top-selling console and software sales leader for the month of March, as well as the number-one console for fans of The Division, according to NPD. We are truly humbled by the success and look forward to delivering more amazing gaming experiences throughout 2016, including the launch of PlayStation VR this October.&#8221;
Click to expand...

&#8220;In March, global hours spent gaming on Xbox One increased 89 percent compared to last year. Xbox Live engagement was driven by the greatest games lineup, including new titles released in March like &#8216;Killer Instinct: Season 3&#8217; and &#8216;Tom Clancy&#8217;s The Division.&#8217; &#8216;Killer Instinct: Season 3&#8217; has seen record engagement across Xbox One and Windows 10 since it launched on March 29, making March the best month ever for the franchise with more than 6 million unique players.Last week, on April 5, we launched &#8216;Quantum Break&#8217; to critical acclaim and it became the best-selling Xbox game around the world, and is now the biggest-selling new Microsoft Studios published IP this generation. We can&#8217;t thank our fans enough for their continued support and we&#8217;re looking forward to bringing more unprecedented experiences on Xbox One, Windows 10 and Xbox Live later this year.&#8221;
Click to expand...

Twilight Princess and Pokken in top 10.

GTA5 will never fall off the chart

What a depressing lineup of sellers.
D

PR could also be read as KI hitting 6 million in March.

In addition, Microsoft is calling out Killer Instinct: Season 3 for its high engagement numbers; more than 6 million unique players make this March the best month ever for that franchise.
Click to expand...

Can't believe CoD is almost out of the top 10.

Nintendo and Ubisoft had a great month software wise.
M

I think everyone owns a copy gta5 by now
C

Also looks like Minecraft is continuing to perpetually be in the top 10.
O

So when was the last time a console had two exclusives debut in a month and both chart?
F

A good month for Nintendo and Sony it seems
I

Nice to see Pokken charting as well. Ubi is the real winner though, and it seems they've earned their high spots.
A

tokyocrusher said:
I think everyone owns a copy gta5 by now
Click to expand...

Now people are buying copies of GTAV for their copy of GTAV.
M

I don't know what to say.
I

F2p, new update and w10 version needs to be mentioned but the number is still impressive
C

tokyocrusher said:
I think everyone owns a copy gta5 by now
Click to expand...

I bought SFV this month. Maybe it will be enough to keep the lights on at Capcom for another day.
M

I don't know what to say.
Click to expand...

It's all part of the plan, it's a game for the fighting community and no one else.

I check my prediction after but...

I wonder if SF met the shipment expectations of Capcom.
A

Oh man I can't remember who that Nintendo dude was in the prediction thread but I owe you big time you were so right about Zelda.

I didn't think it would sniff the top 3.

You sir were wrong.
D

Are people really surprised to see a Pokemon game make the top 10? Huh?

Wonder what MLB sold, same position as last year so I guess it'd roughly be the same.
C 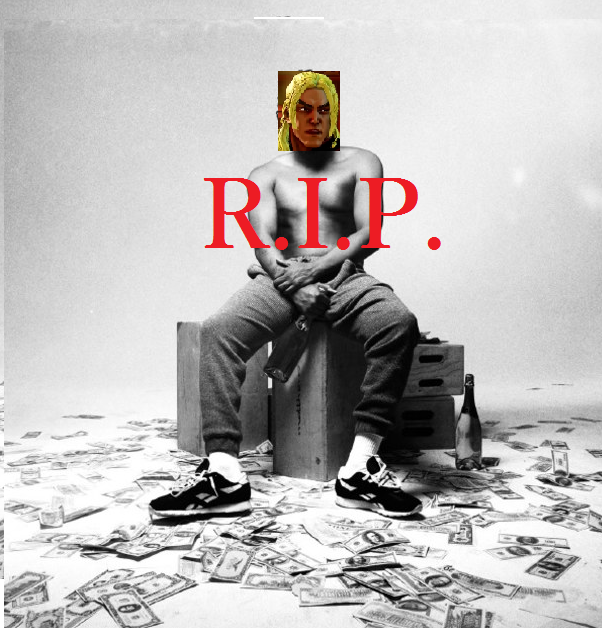 Holy shit, I had to sit and think for a while to figure out what this was referencing. What a complete and total bomb SF5 was.
C

PS4 is pretty dominating in software sales in March.
G

Just realized Primal is #2. DAMN what a hold.
L

Chezzymann said:
Wow, two Wii U games in the top 10.
Click to expand...

How many people would have bet the only exclusives to chart would come from Nintendo?
You must log in or register to reply here.

Robb replied
Oct 16, 2022
The Nintendo Switch has finally outsold the Xbox One in the UK after over 5 years. Next Target is the PS3.