Better thread in a moment.

PS4: Nearly triple August, best selling. VentureBeat reports this as approximately 550,000 units, though does not explicitly list this as the correct sales volume.
3DS: 140K (-40.4%)
Wii U: Up nearly 50% from August.

Super Smash Bros. for Nintendo 3DS launched on Oct. 3 in the U.S., and even with only two days of data included in NPDs September report, the game still managed to finish as the No. 4 best-selling software SKU for the month with more than 705,000 total units sold. Of that total, more than 135,000 units were sold digitally through the Nintendo eShop. The games biggest impact however may be on hardware sales. More than 140,000 units of the Nintendo 3DS family of systems were sold in September, an increase of 55 percent over sales in August.

Sales of Wii U hardware also saw double-digit increases in September, increasing by nearly 50 percent over sales in August. These gains were driven in particular by two software titles: Hyrule Warriors and Mario Kart 8. Hyrule Warriors launched on Sept. 26 and has already sold more than 190,000 combined units in the U.S. alone. Mario Kart 8 sold nearly 60,000 combined units in its fifth month on the market, bringing its lifetime total in the U.S. to nearly 1.2 million total units.

A great lineup of games for Wii U begins on Oct. 26 with Bayonetta 2, the Wii U exclusive that currently holds a 91 score on Metacritic. That continues with Super Smash Bros. for Wii U on Nov. 21 and Captain Toad: Treasure Tracker on Dec. 5. Also launching on Nov. 21 is amiibo, Nintendos foray into the toys-to-life category. Super Smash Bros. for Wii U will be the first game to launch with amiibo integration. Other games that will support amiibo include Mario Kart 8, Captain Toad: Treasure Tracker, Mario Party 10 and Yoshis Woolly World, with more to come. More details about compatibility and functionality of amiibo may be found at http://amiibo.com.

The Nintendo 3DS library will soon be bolstered by two of the most anticipated games of 2014: Pokémon Omega Ruby and Pokémon Alpha Sapphire (Nov. 21).
Click to expand...

Sony Computer Entertainment America (SCEA) today announced that September 2014 marked the biggest month ever for PlayStation Store revenue in the Americas, led by the launch of Destiny from Activision and Bungie. Destiny broke PlayStation Network sales records across several categories, taking the top spot for pre-orders, day one sales, and week one sales. One month after the games launch, engagement among PlayStation fans continues to soar, as Destiny is the most-played title on PS4 with 125 million hours of gameplay. According to Activision internal estimates, the PS4 system is the #1 platform worldwide for Destiny based on units sold through as of October 4, 2014. September 2014 was a record-breaking month for PlayStations digital business, thanks in large part to the success of Destiny, said Eric Lempel, vice president of Sony Network Entertainment International.

Last months PlayStation Store revenue increased nearly 90 percent compared with Sept. 2013. Working closely with Activision and Bungie, we wanted to make the launch of Destiny a special experience for PlayStation fans. Were thrilled to see this high engagement from PS4 and PS3 owners.

In addition, the PS4 sold more copies of every EA Sports game released last month than any other system and was the largest console for Destiny.
Click to expand...

We believe this will be one of our biggest holiday seasons ever. Were offering great Xbox One bundles aligned with the most anticipated game launches of the year, including Assassins Creed Unity, Sunset Overdrive and Call of Duty: Advanced Warfare, and incredible deals for fans. Combined with blockbusters like Halo: The Master Chief Collection, Grand Theft Auto 5, Destiny and Forza Horizon 2, we are committed to making Xbox One a great place to play this holiday.
Click to expand...

Oh and PS4 DESTINY BUNDLE does not count towards sales!
J

captainraincoat said:
Have to admit...He has a point
The next 6 months looks pretty bleak first party wise after lbp3
Click to expand...

Bizzquik said:
Of course Microsoft won September.
They gave away a free game during Destiny week.

Hindle said:
This NPD will be close regardless. There isn't going to be much between the two consoles.
Click to expand... 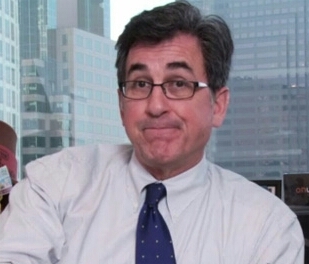 And not a single parity was given that day
C

Wow what a ride that was.
K

Now let the debate about Destiny selling more on XBO than PS4 commence!

Why is XBO the first SKU for Destiny?
M

Surprised Destiny sold more on XB1, though I suppose I shouldn't be.
Q

Honestly surprised Sims charted with that press and word of mouth it got.
L

Wow so standalone Destiny did sell more on XB1.

I'm sure the Vita won't be too far behind.
A

In. I am excite

Destiny bundle did work
I

I hope Mordors numbers are as high as it's chart position, my GOTY so far.
D

microsoft's PR will have some Positive talk with Destiny being #1 on Xbox One though.
O

Not surprising since the bundle is not included in this number.
P

Orthogonal said:
Not surprising since the bundle is not included in this number.
Click to expand...

Really? Why? It offers an explanation then.
T

Destiny sold more on Xbox One? Oh wow.
B

Ninjas we made it!
T

Nice to see Shadow of Mordor up there.
B

Interesting that the Destiny XB1 standalone out did the PS4. I wonder how bundles play into all of this.
S

Interesting to see Madden 360 as the most popular Madden this month.
S

Xbox One won the Destiny battle, but Sony won the hardware war.
K

Well there was probably something like 400k PS4 destiny bundles sold and they are not counted in the chart.
I

Glad to have supported destiny day one.

Wait, Destiny sold better on XBO? It's gotta be due to the game being bundled on PS4, right?

Edit: FIFA 15 sold better on PS4! This after that article from that one retailer saying otherwise. Ha.
E

So, without accounting for hardware bundles, Destiny sold more on the XB1? Interesting.
J

hydrophilic attack said:
This is a sad day for America.

I watched the TGS streams, I know what Playstation is all about. All of you Playstation lovers with your loli obsession and your anime avatars, if you love Japan so much, why don't you just move there? It saddens me that Americans would choose to associate with that rather than the sturdy, rugged, masculine, patriotic The One. Yet, throughout these sad times that we live in, I have still kept alive a lingering flame of hope that the great American values will endure, and Pacthers predictions this week helped kindle that flame. But if these news are true, I may have to finally abandon that hope.

If these news are true, that is. Anyone else think its suspicious how NPD starts hiding console numbers, so that we are left at the mercy of the console manufacturers to provide us with what information they will, and suddenly Playstation starts doing better than Xbox? No one else finds it suspicious how the well-informed and knowledgeable video games analyst Pachter, who usually makes predictions with great accuracy, after consulting his vast retail contact network, predicts that The One will come out ahead, yet when we get official numbers, suddenly PS4 has sold more? Its not like this is the first time that Sony is caught with juking the stats. Esteemed video games sales expert ioi recently revealed how Sony was lying at Gamescom with their 10 million consoles sold number. You may think Sony wouldnt go that far, but they have lied to us before. They lied to us about the Driveclub PS Plus version and they lied to us about the power of their systems. One lie leads to another and once you have gotten into the habit of lying, it is very hard to stop.

But I guess this is to be expected. People who want to harm America always have a propensity to believe in made-up numbers. Look at how North Korean citizens swallow lies from their own leaders. Or closer to home, look at how liberals are gulping down the Obama administrations lies. Look at how they are cooking the books on Obamacare and job reports. 250000 new jobs added in September? Hah, where I live, in real rural America, most people have given up looking. 250000 new jobs, my ass. Plus, under President Romney, we would have had at least 400000 new jobs. Or look at how they lie about inflation as an excuse to print money, debasing the dollar further. President Reagan (may he rest in peace) is turning in his grave. Inflation below target? Tell that to my local grocery store and gas station! These Washington types, always coming at you with their fancy numbers and their facts and their smug grins, thinking they know better than you. (And don't get me started on those IRS bullies. Federal income tax is theft and, even worse, unconstitutional, and I'm not paying to help finance a government I never voted for. So they can take their tax return forms and their court summons and shove them up somewhere. Don't bother coming back here!) And throughout all this, the mainstream media keeps cheering the administration on, helping them pull the wool over Americans eyes. This is very similar to the gaming media, incidentally, with their strong Sony bias. Kotaku is far too close to Sony. Always has been.

Maybe its time we started unskewing the NPD results. Even though they started shilling for Sony only relatively recently, I have always felt that their numbers are suspect. They dont track sales from online stores, where more and more customers are taking their business these days. Also, it is well-known that they dont take digital download sales into account. Who knows how many console sales they miss that way?

Still, I am always the optimist. I have hopes for the future. It looks like people are finally starting to see through the Democrats lies. If polls are to be believed, we will put a patriotic majority back in the Senate in November. If it can happen there, we can get the powers for good back into power in the video game business at the same time, with the arrival of Halo: The Master Chief Collection and, most importantly, the monthly OS updates. Until then, God bless you all, and dont forget to vote in November!
Click to expand...