Social NSFW Clickbait NSFW: Have you ever gone through a red light??? [not the red light you might think] [M 17+]

Before you start reading, this thread has M rating - mature. Just so you know. 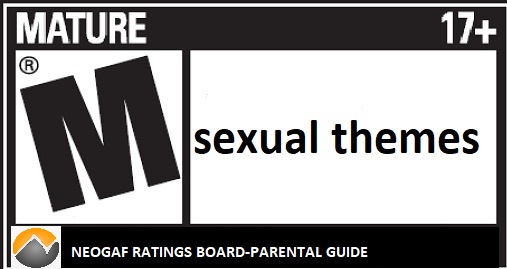 Okay. I don't mean a red traffic light, here I'm talking about something else. Before you uncover the spoiler, I warn you it's NOT SAFE FOR WORK. I can only imagine the cringe your boss would feel if he saw what you were
reading about in this thread.


What I mean by red light is womens period. Vag blood. So the question is, have you ever had sex with a girl that's on her period?
I have, and it's not fun. There's no lack of lubrication or anything, but there's blood on your schmekel and it smells. I did it once, and I don't plan on doing it again.
Reactions: MoFuzz, donfonzie, DESTROYA and 4 others

My favourite period to have sex with girl.
Reactions: pramod, Stilton Disco, cryptoadam and 3 others

ExpandKong said:
Oh you’re talking about red wings
Click to expand...
Never heard that term. From where I'm from, people always joke about it with a question have you ever gone through a red light.

No not for years, things can get far too messy, that's why if it's flowing pink, you put it in the stink.
Reactions: pramod, deafmedal and Elektro Demon

Can't handle the smell of period blood so no.
Reactions: GHG, deafmedal and Elektro Demon

Goddammit it's too early for this shit.

I think I made the right decision by never fucking.
Reactions: Armorian, deafmedal, Griffon and 3 others
S

yes my first girlfriend once wanted me to do her while she was on her period. was a little messy, yes.

when they want it, they want it. im not gonna say no.
Reactions: Lawrence ‘Chunk’ Cohen, Thaedolus and Elektro Demon

I thought red wings was going down on a girl on her period? My buddy’s first time he ate a girl out he did that unknowingly. Fucking kill me.

If we’re just talking about period sex, then yes many times. Usually in the shower, it looks like The Shining
Reactions: deafmedal, Son Tofu and Elektro Demon
S

Thaedolus said:
I thought red wings was going down on a girl on her period?
Click to expand...
It is.
Reactions: deafmedal and Elektro Demon

That's when you counter-offer with butt sex.

Works 50% of the time, but it's worth it.
Reactions: deafmedal, Griffon, Elektro Demon and 1 other person

I used to think I was all cool doing this. Now, I'm completely over it. It's gross
Reactions: Elektro Demon

I used to do it regularly with my ex gf, up until last year I did it with a new girl and holy fkn moly did that thing REEK.

It smelled like absolute death I lost my hard and everything. The real question would anyone have the courage to tell the girl that. I know I can’t.
Reactions: Filthy Casual, Son Tofu, deafmedal and 2 others

Hell to the no, if she insists then she's out of the house. Period week is BJ week.

Reactions: GHG, Cravis, Musky_Cheese and 5 others

I've done it accidentally with my ex-wife a few times. She didn't know she had started, and in these instances it was dark enough that I didn't notice - until I get up after and go to the bathroom looking like I've been stabbed in the junk.
Reactions: GHG, haxan7, Griffon and 1 other person

Yes and I've even smeared it on my face like war paint afterwards.
Reactions: deafmedal, haxan7, Son Tofu and 1 other person

From poop to red wings. By gawd are you maturing into a valuable member of the community.
Last edited: Feb 27, 2020
Reactions: Son Tofu, haxan7, Griffon and 1 other person

As long as neither of you are squeamish with blood and both keep yourselves clean after then I don't see the issue.

I was initially not for it, but I manned up and it was actually one of the best times we had together in that regard, also made her feel better after in terms to period pains, so it was a win win!
Reactions: haxan7, Griffon, Lawrence ‘Chunk’ Cohen and 1 other person

I thought you mean Red Light Ditrict or something.

Sure i had sex eith my wife on her period. We dont usually do that often because it turns me off a little.
Reactions: Halo is Dead, haxan7, Lawrence ‘Chunk’ Cohen and 1 other person

Kacchan said:
From poop to red wings. By gawd are you maturing into a valuable member of the community.
Click to expand...
I'm going through puberty.
Last edited: Feb 27, 2020
Reactions: M1chl and Lawrence ‘Chunk’ Cohen
G

ExpandKong said:
Oh you’re talking about red wings
Click to expand...
Red wings is when you go down on a chic on her period and you get blood smears on your face that looks like wings. Or at least from my understanding. I think OP is talking about fucking on her period which is called stirring the paint I think.
Reactions: Halo is Dead, haxan7, Elektro Demon and 1 other person

Cunth said:
I call it ketchup Weiner
Click to expand...

Reactions: Cravis, DunDunDunpachi, Halo is Dead and 5 others

I pin the bird up in the shower if the horn takes over when the seas run red.
Reactions: Elektro Demon and Lawrence ‘Chunk’ Cohen

Noboru Wataya said:
I pin the bird up in the shower if the horn takes over when the seas run red.
Click to expand...

If youre in a long distance relationship then you dont always get to pick when you see your significant other.

Extra bed sheets or use the shower.
Its really not a big deal.
Reactions: Halo is Dead, Pallas and Elektro Demon

I don't mind ketchup on my hotdog as long as the bun is tight
Reactions: Halo is Dead, DeceptiveAlarm, Pallas and 2 others
S

I’ve done it with multiple girls, including penetration and oral.

I like looking at myself in the mirror after eating out a bloody pussy. The blood all over my face and beard makes me feel like a wolf who just made a kill.
Last edited: Feb 27, 2020
Reactions: Halo is Dead, Pallas, Son Tofu and 1 other person

haxan7 said:
I’ve done it with multiple girls, including penetration and oral.

I like looking at myself in the mirror after eating out a bloody pussy. The blood all over my face and beard makes me feel like a wolf who just made a kill.
Click to expand...

I have a shower. So yes.
Reactions: Lawrence ‘Chunk’ Cohen and Elektro Demon

Why am I not surprised another bodily fluid thread by OP.
Good job, I like it
Reactions: haxan7, Halo is Dead and Elektro Demon

DESTROYA said:
I think you meant to say is I want to have sex with a girl.period.
Click to expand...
Jokes on you, I'm a homosexual.
Reactions: Son Tofu, haxan7, Halo is Dead and 1 other person