jbug617 said:
From the EIC of Game Informer 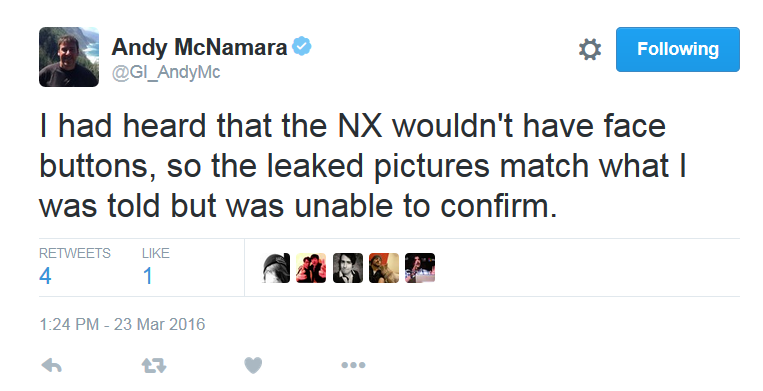 Stick a fork in Nintendo. They're done.

So that entire surface is a screen? Seems pointless. Your hands will cover up the corners. Could put face buttons there instead. I don't get it. Why is screen space you can't really use, a priority over useful functionality? Hope that changes.
O

But seriously there is really NO reason they go with that shape anyway.. There is not one logical reason they would do that. It's just so much better with something less oval. It's better for confort, better for screen format, and smaller, as in beter fitted for a pocket or anything really. 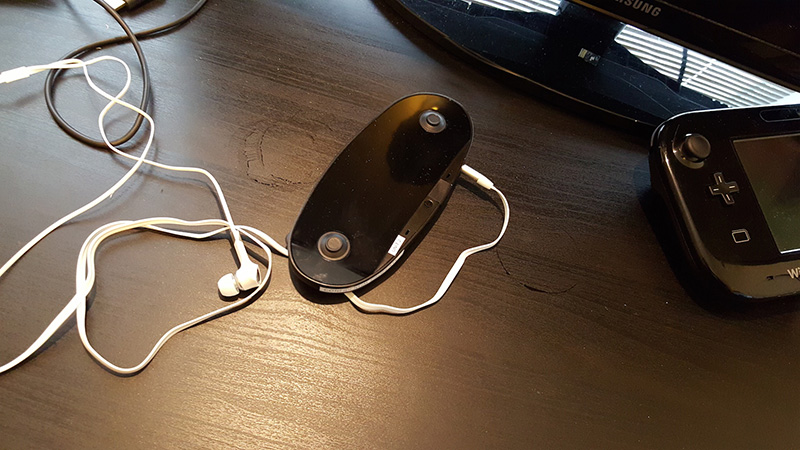 The form is weird, but it does look quite nice. However, no buttons just seems awful. It would be bad on a handheld, but on a controller even more so. You don't see the buttons when looking at the TV and I don't trust haptic touch to make up for the lack of physical buttons. I don't get why this huge screen is needed on a controller either. Why have it when it's just the secondary screen anyway? A handheld like this could be nice, but controller? I just dont know.

Nintendo, why don't you unveal this thing already. The rumors, the supposed leaks - these things aren't doing you any favors.
S

E3 is going to be incredible. XD

RX-78-2 said:
What I don't get is, given the amount of people currently loving their smartphones, clearly there is a desire for touchscreen interfaces. So why so many declaring it'll fail?

I say this will hit with mainstream America a la Wii era and Sony and Microsoft will again be left playing catch up.
Click to expand...
It is certainly an interesting handheld design.
We should have seen this coming, we knew the handheld version was going to be a Wii U but portable. So pretty much it matches minus D-Pad and A/B/X/Y buttons.

Holy fucking crap in sticks on fire. It was true. :|

And I was hoping to buy a Nintendo console again... nope, I'm out.

jbug617 said:
From the EIC of Game Informer

Bring it on
E

Lunar15 said:
I'd actually be fine with it if it simply had handles.
Click to expand...
This. My hands are gonna cramp so hard without rests for my fingers
A

PBY said:
WELP. so third party support will be ?
Click to expand...
They gave on 3rd party a long time ago.
L

Is it too much to ask for a normal controller?
M

kayzai said:
WHY OH WHY NINTENDO?!?
Listen to what your customers want!!!
IF NX has a controller like this... I am OUT!
Click to expand...
Consumer only want, what they already have. If you like Old-School controllers there are already two companies, which sell them. What does it help Nintendo, if they try to become the third wheel again?
T

It isn't what I was hoping for, but I'm willing to give it a try. It really looks like Nintendo is going after mobile gaming and trying to put their own spin on it.
M

Nibel said:
They will need some fine-ass Nintendo voodoo-magic that was developed in a Kyoto underground lab for ages to make up for not having real buttons
Click to expand...
Maybe mind control???? Nintendo did it, watch Sony and MS copy them...
I

I really hope the controller will have buttons.
D

KingBroly said:
Do you think they're big enough to have gotten an early dev kit, though?

And now that this Finnish/Swedish thing is out there, whoever leaked this has their days numbered.

Assuming it's true.
Click to expand...
Perkele is a common Finnish swear word. The poster isn't exactly hiding it.
C

WHOA it looks so much better at that size! I thought it would be the size of a Wii U gamepad. But it's like the size of a smartphone. Ok, if this is the handheld Im legit hyped.

PLUS: do I see little scroll wheels on the back??
N

wild wild rice said:
If the touch-only technology is improved enough over the current state of mobile gaming to where you can actually do "real" gaming on it, why wouldn't people be OK with it?
Click to expand...
What do you mean by "real" gaming? Phones can easily run NES through GameCube quality games, and those are definitely real. The main complaint about mobile has always been the lack of tactile input and the fact your thumbs are over the screen, at least from my experience.
C

Incredibly unfortunate. Unless it has Pro controller support or something this will be the first Nintendo console I don't buy since the NES. No buttons is a genuine dealbreaker for me.
B

I really hope they do a proper reveal soon. They need to get ahead of all these leaks.

It's perfect for a
n endless runner
Mario game.
V

So yeah, there's an HDMI cable near the top of the controller, so I think it's safe to say it does have display out -- unless that's just for the dev unit.
K

I'm gonna need to see this in action before bringing out the torches and pitchforks...like everyone else in this thread
A

I wouldn't be surprised if that "console pad" would also serves as handheld. Basically NX home console controller IS the NX handheld.
M

DrROBschiz said:
Vita is vastly superior to this shit
Click to expand...
Except you don't know how "this shit" works lol.
B

If there are no buttons they are fucked. Only hardcore fans bought wii u....... Alienating that fan base for the smartphone crowd lol

I'm still heavily on Team Fake here... Nintendo is one of the last bastions of traditional gaming and for them to go so far away from it especially after Iwata made a strong point to mention the NX in the first place to show while they are going to be producing mobile software they will still be making traditional game consoles.

This is too similar to the cheaply made patent mock ups and the whole "confidential" sticker just screams fake to me. Whoever made this did a great job but let's be real here. Similar to Project Cafe leaks we will never actually see what the NX is until E3. Let's just be patient, it's just in a little over 2 months.
J

Servbot24 said:
Except that Wii Remote was actually a new idea to most people. The supposed NX controller is just a circular phone with joysticks in the middle of it. Everyone has already done mobile gaming, and this controller is not enough to make people feel like it's something brand new they just have to try.
Click to expand...
NESpowerhouse said:
If there are indeed no physical buttons on the controller, I do not see this console gaining any mass appeal. It will likely be another gimmick that Nintendo is going to have a tough time conveying to the general public, just like with the Wii U. With the Wii at least it was simple, intuitive, and if you show it to somebody, they got it immediately.

EDIT: Also, fighting games are going to be fucking impossible with this thing.
Click to expand...
Guess what everyone this console isn't for you. Its for those that have grown up with tablet gaming. 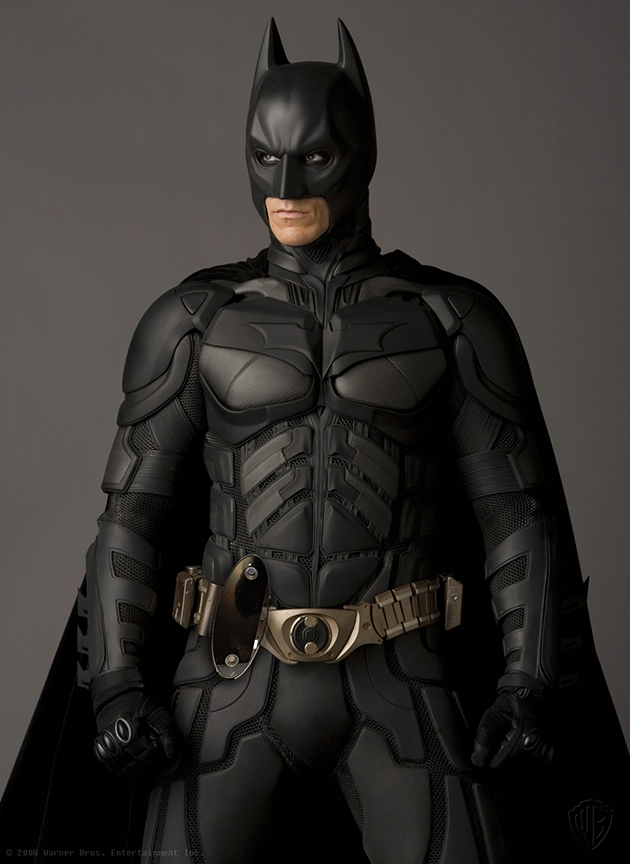 Nintendo knows comfortable controllers first and foremost. I can't see them screwing that aspect up.
T

I think it looks cool!
G

Lunar15 said:
I'd actually be fine with it if it simply had handles.
Click to expand... 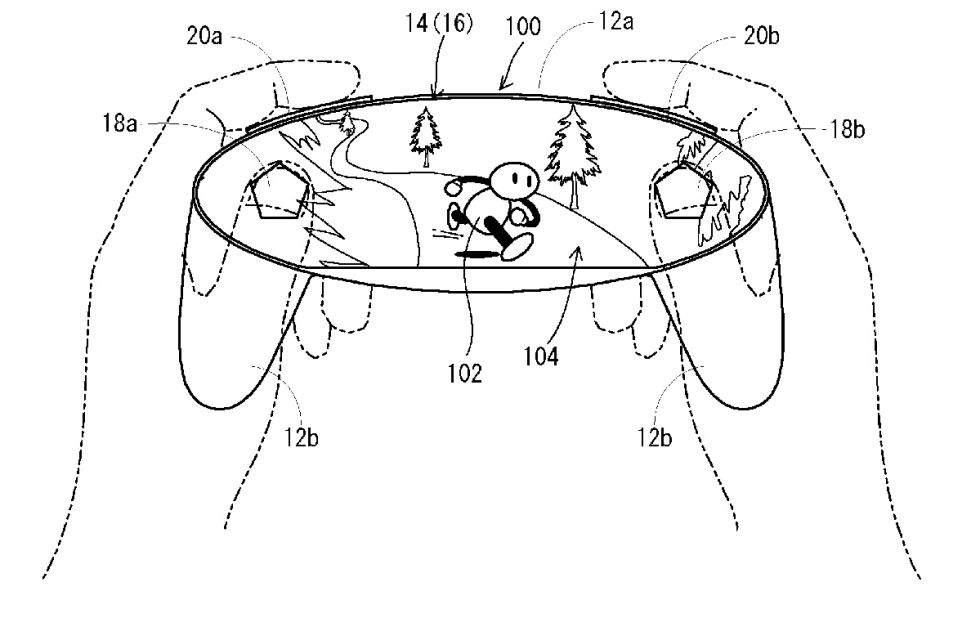 DashReindeer said:
I actually think this is an important point. If Nintendo is trying to push the technology forward to the point where virtual buttons offer a similar level of responsiveness and feedback to physical buttons, isn't that just a good thing for the whole industry?
Click to expand...
This will get drowned out, but I have faith that if this is indeed a leap forward in touch screen haptic technology, then this will be a lot more popular than this thread suggests. We are literally getting just pictures of it right now, so we have no idea what the concept is. If you showed me a wii remote back in 2005 with no context, I would have freaked out. The motion controls weren't obvious from the getgo.
F 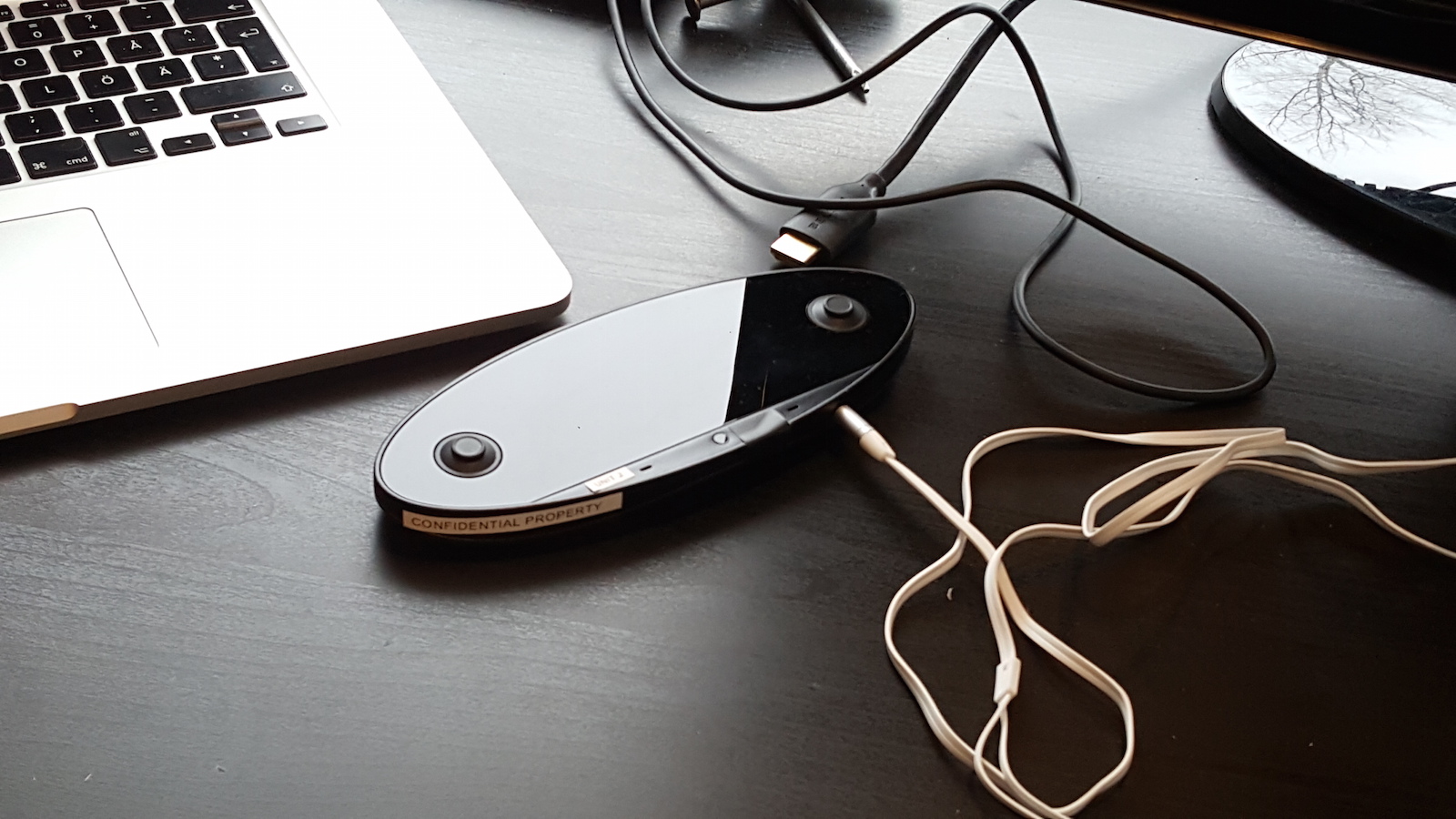 JB-the-Hunter said:
I haven't read any of the posts in this thread, because there's too much to go. All I have to say is that I don't think this is "THE NX controller." If the NX is really a hybrid system, then this is likely the handheld system (3DS successor) that can also serve as a "Wii U gamepad" for the NX. I think it's safe to assume that the NX will also have traditional controllers.
Click to expand...
I was just thinking this exact thought.
K

DragonSworne said:
So pretty much 100% real.

So long Nintendo, this is the end for your console business.
Click to expand...
What

Poster#1 said:
Time to go third party.
Click to expand...
Honestly, at this point, I'd rather they do just that.
E

UnemployedVillain said:
Form factor being the shape? Yeah, it's possible. The Wii U gamepad changed it's ergonomics. The DS changed from E3 to the release version

Like I said, physical face buttons are the biggest unknown. The other stuff has been shown to change
Click to expand...
You're just strengthening my point. The DS form factor was solid, they just refined it, but not revolutionary. This NX controller form factor is trash, the all over screen is ill conceived and we have now multiple sources saying no face buttons. The odds of them releasing something drastically different in all aspects from this is super slim.

Maybe they'll add in some palm grips which will make holding it not suck completely or contour the back to be less clunky. But adding buttons to the face is super slim and likely changing the overall screen shape and size is even less feasible.

Knew it was real, this looks much better in these pics like a more curved PSVita. No Dpad or buttons on a Nintendo controller though, end of an era.
A

Pineapple said:
The entire point of a dedicated mobile gaming system is so that you can provide an experience that can't be found on tablets and phones - ie, the availability of actual buttons.

paragonpro said:
If the haptic feedback js good enough, Im fine without face buttons.
Click to expand...
For me good enough won't do it, they'll have to be as good as the old physical buttons, if they can achieve that, then well done Nintendo!

Andy McNamara killed us all
Z

How does one use a controller with 2 analogs & no buttons?