So I know this will be old news to those who already appreciate the legendary Paul Woakes' fantastic games, but for those who haven't encountered them before I thought it would be nice to highlight the existence of the PC ports (yeah I know, they came out in 2007, they're old news, but I don't care).

Mercenary was before my time but its sequel, Damocles, was one of the most amazing games I played as a kid. The way it created an entire solar system was wonderful and the isolation (a product of the technical limits of the time, no doubt) created a unique feel that I'm not sure we'll see any time soon.

Damocles has you returning from your adventures in Mercenary 1 to the Gamma system where planet Eris is threatened by a comet heading straight for it, the titular Damocles. 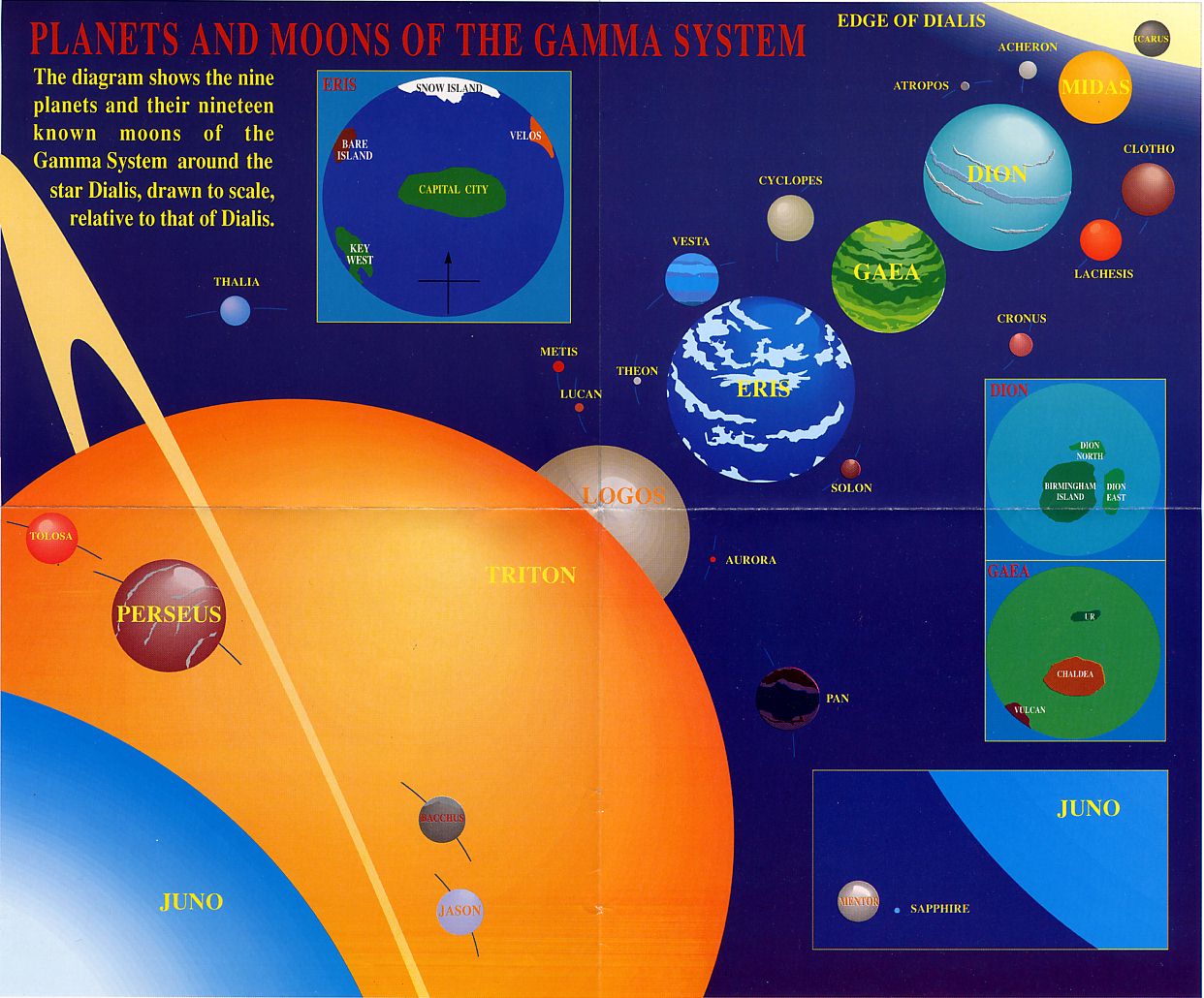 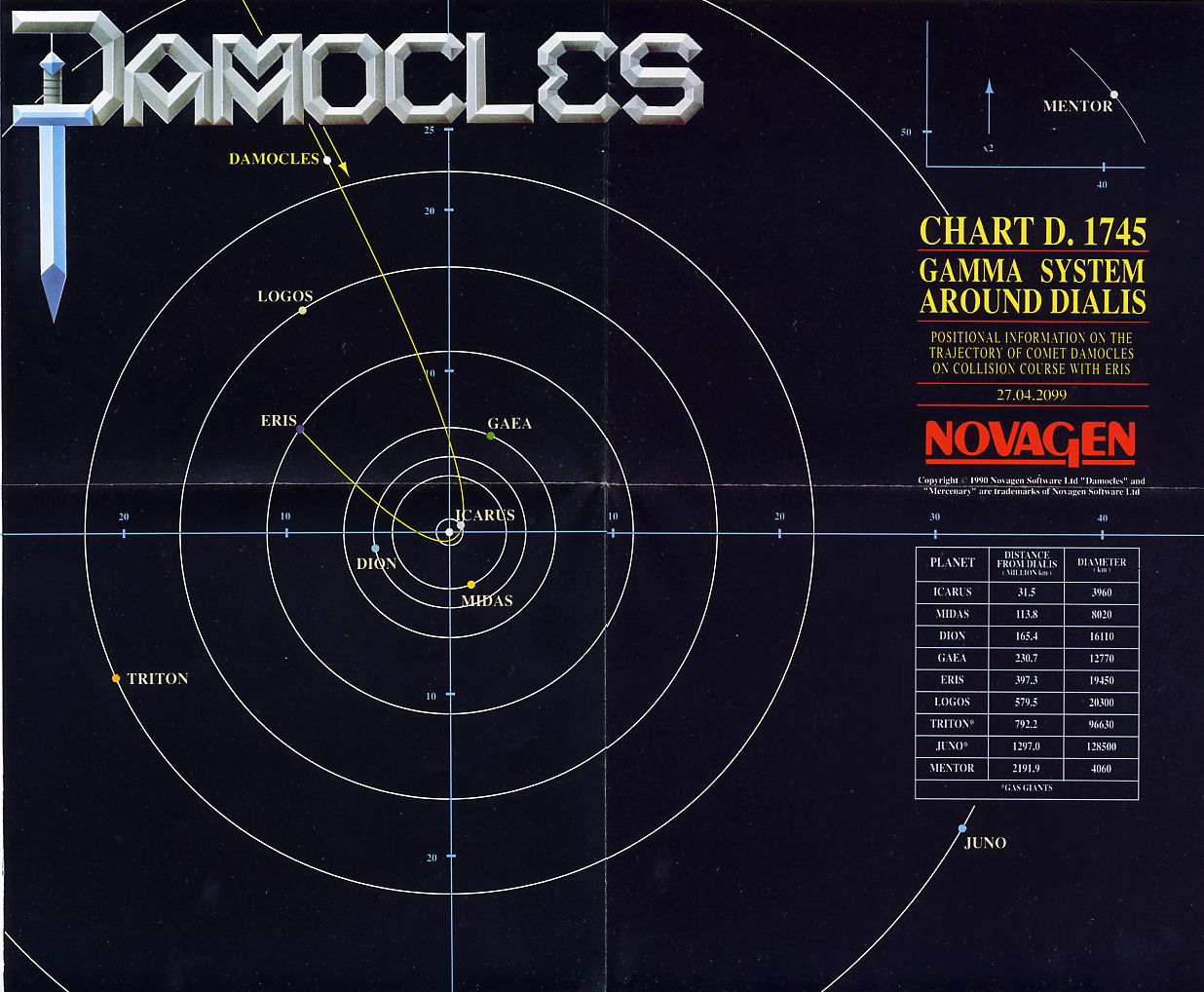 In time-honoured tradition, the politicians have all buggered off, Margaret the prime minister (this was made during Margaret Thatcher's reign) has asked you to come and solve the problem. You have 3 hours to fix it, and when you fly in space time speeds up as you get closer to the speed of light, further hampering you. The game is full of warmth and humour, affectionately poking fun at life in Britain with eccentric scientists, a post office that keeps losing parcels, trading posts that scam you out of cash, a prime minister loosely based on the British PM of the day, it was a truly wonderful game. That it packed a whole solar system into a single floppy disk with so much freedom, so many ways to defeat the comet, and where you could explore the solar system long after the comet had destroyed Eris, it was a fantastic game.

The sequel Mercenary 3 was a little less ambitious in some ways, sticking with the same engine and the same worlds as its predecessor - one could argue that it was focused more on polishing the systems of the older game. While you could still get your own spaceship, car or plane you could now use public transport, hail a cab and have someone else fly you to where you needed to go. This probably made the game easier to navigate for less skilled players, and added a more human touch (along with a small number of humans scattered throughout the system though they don't look great - the engine isn't terribly well-suited to drawing people).

These games are, I think, prime examples of limitations shaping art. They allow the developer to create a truly alien world, one that is a joy to explore. I do hope that more people can drop in some time and enjoy the fruits of Paul Woakes' labour. Sadly he is no longer with us, but his work remains. A true legend.

http://mercenarysite.free.fr/mercframes.htm if you want to see the site with all the manuals, box art, etc.
Last edited by a moderator: Jul 30, 2020
You must log in or register to reply here.