Old reddit "Leak" ended up having alot of things correct

If that GTA6 rumour is even remotely true i will be majorly pissed at Sony and Rockstar. It would be a massive get for the PS5 but honestly, it seems like such a scumbag move to moneyhat such a big 3rd party title for one platform. If anyone had told me pre-2013 that Playstation of the future would resemble Xbox of old then i'd have laughed, but looking at how they did the exact same as Xbox with the CoD DLC exclusivity, i wouldn't even be shocked.

nowhat said:
I can only speak for PS4 (One apparently has better support, albeit not as complete as a PC obviously) - the mods that are allowed on PS4 are only of the scripting kind. So that means, no new assets, and by extension I'm assuming no bugfixes either. I know there's an "official" (like, not by Bethesda, but something pretty much everyone installs) PC patch for Skyrim that fixes most of the issues, but no such luck on PS4. Which sucks for sure, but at the same time, I understand why Sony is wary of giving user-created content too much of a leeway on their console (to prevent possible loopholes for piracy - yeah, it's "anti-consumer", but what can I say, they're a corporation).
Click to expand...

The first thing I know (that PS4 is limited) so I bought it on X1, I'll have to keep looking or just keep playing on PC. Still, I appreciate the information.

Sounds to me like he threw so much crap at the wall some of it was bound to stick, but there is a lot of that that ended ip bang on or near enough right.

Full BC for PS5 is likely to be the only way I'd buy one at launch, but I particularly doubt that one if nothing else. There's no great incentive for sony to do it, and they'd need to have a disc drive that could read CD's, which is extra expenditure for a feature barely anyone cares about.
Reactions: me0wish

If true will they fix the fucking bugs for once rather than just give things a fucking face lift?

SurprisedPikachu said:
If true will they fix the fucking bugs for once rather than just give things a fucking face lift?
Click to expand...

Dont count on it. They were twice unable to do it with Skyrim SE and Skyrim Switch.
S

ManaByte said:
You'd think Sony would be pushing that to fight back against MS's BC.
Click to expand...

Maybe they're waiting for Microsoft to spunk their load in July, then they can swoop in in August and win the mind share.

Sony have done this before...

GTA 6 as a timed exclusives...I'm doubtful. Plausible but expensive.

Halo on switch is where credibility was lost

Halo on switch is where credibility was lost
Click to expand...

It makes sense if the Halo Infinite is a GaaS (ala Destiny 2) that Microsoft would release Halo on other consoles. Gotta build up hype and interest for those who would have otherwise not bought it.

SurprisedPikachu said:
It makes sense if the Halo Infinite is a GaaS (ala Destiny 2) that Microsoft would release Halo on other consoles. Gotta build up hype and interest for those who would have otherwise not bought it.
Click to expand...

Id be inclined to agree 100% if MS and Halo weren't already so heavily invested in the PC. It seems that PC and mobile via Xcloud is their attempt at grabbing a larger audience

I think ive been the only person thats been pushing for Sony to buy Level 5. I feel like they would be able to make a true next gen Pokemon game competitor.

For some reason people are pulling bluepoint and Housemarque. Which makes zero sense.

stranno said:
PS5 compatible with every Playstation disc ever

Yep. I had a good old laugh at that one. Damn near spilled my cup of coffee.

And who would know the price of both next gen consoles almost a full year out from launch besides the handful of executives at both Sony and MS?

So he predicted Sony would attend E3 after they had already made an announcement that they wouldn't?

baphomet said:
So he predicted Sony would attend E3 after they had already made an announcement that they wouldn't?

I still think this is the best one:

PS5 compatible with every Playstation disc ever

Dabaus said:
Bully 2 is going to be announced some time in 2020. It’s set in a college town.
Click to expand...

Mega Man X9...Stadia exclusive for a year? Please, FUCK NO!

I was about to say the same thing lol
Reactions: Nikana

Most if not all of this is fake

thanks for a list of shit that's all wrong besides obvious things. good read, good read.

The Sony stuff is wayyyy off,I mean ps5 plays ALL PlayStation disc ever? Horizon 2 launch? Spiderman morales PS5 only? Etc. I would not check the rest given how off it is in that section.
P 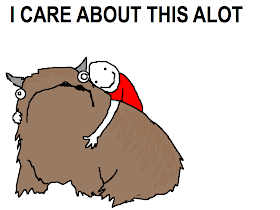 What happened to GTA5 Switch? That sounded obvious.
You must log in or register to reply here.