Troubled sequel could have found investment

Ownership of System Shock 3’s website has been transferred to Tencent Holdings, suggesting that the troubled sequel could have found investment.

Both SystemShock3.com and SystemShock4.com had their ownership transferred from developer Otherside Entertainment to the Chinese corporation last week, analysis of the domains by VGC shows.

Prior to this month, the domains were registered to Otherside Entertainment director Paul Neurath.

Tencent is Asia’s second-biggest company by market value ($490bn) and has invested in more than 800 companies including Epic Games, Activision Blizzard and Ubisoft.

System Shock 3’s developer had been searching for new investment for much of 2019, following its separation from former partner Starbreeze in February of the same year.

Creative director Warren Spector told VGC in May 2019 that talks were progressing with “a lot” of interested publishers and that OtherSide had enough capital to fund itself for “quite a while.”

However, the Otherside Austin studio appeared to be in trouble this year when an anonymous developer claimed its development team was “no longer employed” and LinkedIn confirmed an exodus of senior leads

Since that report OtherSide has failed to respond to requests for comment and studio director Warren Spector hasn’t been active on his social media channels for more than three months.

At the time of publishing, just four people, including Spector, are listed as working at OtherSide’s Texas studio on social network site LinkedIn.

Last month the company’s marketing head Walter Somol broke the silence, insisting “we’re still here,” but shortly after he confirmed his own departure from the company.

Somol is based in OtherSide’s primary studio in Boston, Massachusetts, which worked on 2018’s critically panned Underworld Ascendant, and not the Austin, Texas-based System Shock 3 team.

System Shock 3 was most recently shown at GDC in March 2019, when Spector confirmed it was being made with the Unity engine.

The game was being developed under license from Vancouver-based Night Dive Studios, which owns the rights to the System Shock franchise.

I thought Nightdive Studios was working on this? Or is that the SS1 Remake? I know they typically put out remasters.

Chy-nah, I just want to be accurate
Reactions: TTOOLL, SnapShot, DeepEnigma and 4 others

It's better than nothing.

China buying up everything.
Reactions: CatLady

In the new title, SHODAN will force you to play an infinite loop of gacha games
D

Spaceman292 said:
It's better than nothing.
Click to expand...
It's actually far worse than nothing
Reactions: thicc_girls_are_teh_best, Larxia, Darkmakaimura and 1 other person

Financially they're good. Morally and how the game will turn out is another story one that I doubt will end up good. Good luck to them.
Reactions: CatLady
Z

Spaceman292 said:
It's better than nothing.
Click to expand...
It's really not.
Z

Shodan will now be a virus.
S

diffusionx said:
It's actually far worse than nothing
Click to expand...
How? Youd really rather have absolutely nothing instead of something? It looks promising. What if it turns out to be really good and successful?

Was hoping they found a publisher, but damn 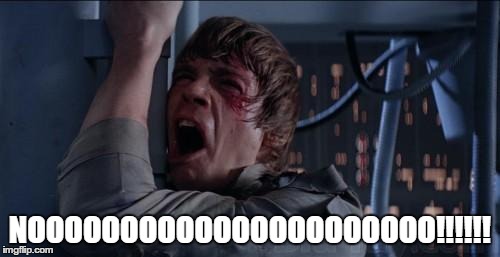 OmegaSupreme said:
China buying up everything.
Click to expand...
So much easier to censor.... I mean INFLUENCE (yea that will stick) what you own.
Last edited: May 18, 2020

This news really hurt. I was looking forward to this one.
Reactions: thicc_girls_are_teh_best

MiguelItUp said:
They really are. Fuck this.
Click to expand...
Could they make their games exclusive to EGS/their own streaming service/their own console?
Reactions: Lawrence ‘Chunk’ Cohen 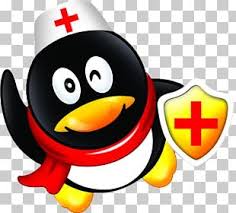 Call me crazy but I'm more worried about Spector's involvement than I am about some Chinese money. The only games he's designed since Deus Ex are Epic Mickey 1/2, and whenever I hear him talk I get the feeling Deus Ex was some weird fluke (or was made great by the people around him).
Reactions: Lawrence ‘Chunk’ Cohen

Click to expand...
At least we are still getting the sequel, that's all I ask for.

Hope they do a good job finishing it up.
Reactions: Lawrence ‘Chunk’ Cohen

drotahorror said:
I thought Nightdive Studios was working on this? Or is that the SS1 Remake? I know they typically put out remasters.
Click to expand...
It's the remake, which is still happening (they also did an actual remaster of SS1)

People as always overreact because it's a chinese company, while i understand the fear of censorship/CCP propaganda etc, it's always been an overreaction (by Americans/Anglo sphere mostly) just as when the Japanese companies were buying and overtaking western companies back in the 70s-80s.

I don't see how this affected the output of these companies OUTSIDE of China?

Ooooh Blizzard banned someone who said some shit about the CCP that these Chinese companies can't stand for, oh the horror i can't enjoy these perfectly fine games because of this.

Seriously the rights to this IP have become really confused over the years. I dont know if even those working at the companies know who owns what at this point. I see a lengthly lawsuit coming...
You must log in or register to reply here.
Share:
Facebook Twitter Reddit Email Link
Top Bottom