Miku Miku said:
It didn't fly even then lol.
Click to expand...

It did a bit. To me, people seemed less familiar with these kinds of responsibility-shifting/boogeyman tactics, and willing to give them some level of plausibility.

The truth tends to come out in the end, though.
Reactions: #Phonepunk# and Punished Miku

DeafTourette said:
She must not have had any panties on. Seth isn't acting there. LOL!
Click to expand...

Well we could always study the full clip to be sure...

Lanrutcon said:
I think Redlettermedia got it right: they suspect 99% of the movie is ad-lib and the actors weren't actually given a proper script.

It's a lazy thing with throwaway comedies these days, not just GB'16. The filmmakers think they can put a bunch of comedians and comedic actors familiar with improv together in the same room and the magic will happen.
Last edited: May 27, 2020
Reactions: Lanrutcon and #Phonepunk#

OK, I'm Brazilian and I've never heard of it. What kind of demeaning tag is this?

GAMETA said:
OK, I'm Brazilian and I've never heard of it. What kind of demeaning tag is this?

Can't wait for his "Ghostbusters Afterlife succeeded because of the pro trump movement" speech next year.
Last edited: May 27, 2020
Reactions: haxan7

the main villain of the movie was a basement dwelling nerd. people call him freak. he kills himself! while the heroes watch! yay???

at one point they shoot the Ghostbusters logo in the testicles! even though he's a cartoon who visibly doesn't have any!

then you consider the fact that they are utter failures, in fact they let a number of living people die in front of them. they kill Bill Murray because they are idiiots.

then the fact that every single male in the movie is a fucking retard. Chris Hemsworth not know his ears are what you hear with.

RLM had it right with the "they won't shut up" note. it's like they said "Melissa, while you walk to the door, say something funny!" for every single action in the movie.

i wish i could buy a negative movie ticket to this, just to subtract from whatever the pathetic box office it cobbled together.
Last edited: May 27, 2020
Reactions: Sleepydays and haxan7

Thought it was a fine film for what it was, especially the 3D theater experience. Something definitely felt off though, I dunno if there was a lot of cuts and story changes made by Sony, but it just seemed like yet another potentially great film that didn't live up to its premise.

It's especially baffling because the cast was great and Paul Feig has done some great work. He directed the Dinner Party episode of The Office for christ's sake. Kristen Wiig nailed her character and Melissa McCarthy will always be a favorite of mine.

I was really hoping we'd have a Captain Marvel-like situation where the film was good and successful and it was a huge slap across the face of internet manbabies and misogynists, but you can't win 'em all I guess.

Folks acting like it ruined the franchise by being awful when Ghostbusters 2 has existed for over 30 years now was downright hilarious though.

To be honest I'm not expecting Afterlife to be much better either. With Harold Ramis gone they should really put any attempt to make a sequel (in film form anyway) to the original continuity to rest.
Last edited: May 27, 2020

All around world? Yeah, seems legit.
Reactions: zombrex and iconmaster

Did these people have any connection with all the people who were going to shoot up the cinemas because of the Joker movie?

People who are at fault typically blame the person at the end of their finger instead of the person that finger is attached to.

Never heard of it either. Must be targeted at foreigners lol

And I blame you Feig you fucking hack for giving me permanent brain damage for having to sit through your shit movie for 2hrs. I haven't been able to laugh properly now for 3 years because you killed humor and broke my brain!
Reactions: GymWolf and Stiflers Mom

-Arcadia- said:
The problem with dragging this back up in 2020, is that everyone has seen it now, knows it’s shit, and this alt-right/sexist/racist gaslighting is not going to fly anymore.
Click to expand...

Yep. I am definitely not anti women in power at all, but the movie was just terrible. It wasn't funny in the slightest. And i'm speaking as a fan of Feig's previous work and the ladies in this film are genuinely funny and talented. It just didn't work. Simple. No one went against you (in fact, stupid critics seemed to like it a fair bit).
Reactions: Stiflers Mom and -Arcadia-

MetalAlien said:
Well we could always study the full clip to be sure...

I just watched it... man... I would have a boner for 3 days after that if I was him. She is smoking.
Reactions: Stiflers Mom and MetalAlien

The manufactured-ass drama leading up to the movie was more entertaining and memorable than the actual movie.


Grinchy said:
Kristin Wiig did a full frontal nude scene for one of her movies. She's funny and hot and shouldn't have signed on for this trainwreck.
Click to expand...

Hey whatever you do, don’t tell us the movie.
Reactions: MetalAlien

ExpandKong said:
Hey whatever you do, don’t tell us the movie.
Click to expand...

What's next? A boxing match with one of his critics?

But if you’d just posted it when you mentioned it I’d already be hiding the sock in the bottom of the hamper!

Hillary is a dumb biaaaatch!

Wrong. Movie was shit.
Get over it.

WTF...why would you ever associate your name, and your work with anything to do with Hillary Clinton? Even if she was involved lol

Have some self-respect ffs

He thinks he made a movie that is not close to the worst movie ever made? I do not care at all about whether the cast is male or female (Ocean's 8 is pretty fun by the way), but if a comedy movie does not have a single fun joke and just has a bunch of obnoxious "see how crass I am" scenes to replace the humour, then it is junk. I would have voted for Clinton had I been a US citizen. I would not recommend that Ghostbusters junk movie to my worst enemy.
M

well he is not the kind of guy i expect to admit it's own faults.

ha what a dumass
A

as if Hillshills didn't rob themselves of the vote

Movie was so bad and idgaf about women being president or whatever. It’s either good or not and this movie was god damn terrible.

I saw it in theaters and it was solidly "ok". Some things I liked, some things I didn't, but overall not terrible. What did get me was the final encounter. It was going at a pretty good pace, a tad over the top in a less than optimal way, and then...


#Phonepunk# said:
at one point they shoot the Ghostbusters logo in the testicles! even though he's a cartoon who visibly doesn't have any!
Click to expand...

..that happened. I'm in my head mentally sighing "you were so close, you were doing so well, and then you took the Power Rangers movie easy way out". Going blue at the last moment because you can't think of an actual way to resolve the conflict is lazy writing at best and a major pace killer at worst.
Reactions: Goro Majima

What's funny is that "all-women Ghostbusters" is the best idea in the entire movie, but the movie itself is garbage. A lot of controversy over nothing. At the end of the day, people just want quality entertainment.

I'm a fan of Ghostbusters II (grew up with it, love it) but even I can admit that they were selling the talent short there. The people behind GB'16 didn't learn a thing from years of ups and downs with the GB universe. In fact, they watered the property down even more.
Last edited: May 29, 2020
G

lock2k said:
She is beautiful.

I don't know if it's because in a few years I'll be 40 but I only seem to be attracted to women above 30 and 40 years old nowadays. Milfs (or Milves?) FTW.
Click to expand...

I've been into her ever since seeing her on Comedians in Cars Getting Coffee. She seems cool as hell in real life.

This movie was so bad though. Its weird how crazy the defense was for this, Captain Marvel, and The Last Jedi. A lot of people thought they sucked, get over it.
Reactions: Goro Majima and lock2k

Movie was okay and I was reasonably entertained for the two hours or however long it lasted. The whole thing was completely forgettable and hardly worthy of any controversy.

The thing with it is that it’s about as entertaining as a random movie you’d find on Netflix. It just wasn’t really something that you couldn’t wait to tell people you know about. There also was nothing uniquely classic about it like the original Ghostbusters. It doesn’t even feel like it’s really and truly part of that same universe.

Paul Feig has done some decent stuff before but this simply wasn’t one of those things at all. His inability to acknowledge that and his continued insistence on beating that controversy drum instead doesn’t give me a lot of confidence in his movie making capability going forward.

Hopefully Feig fares better with this 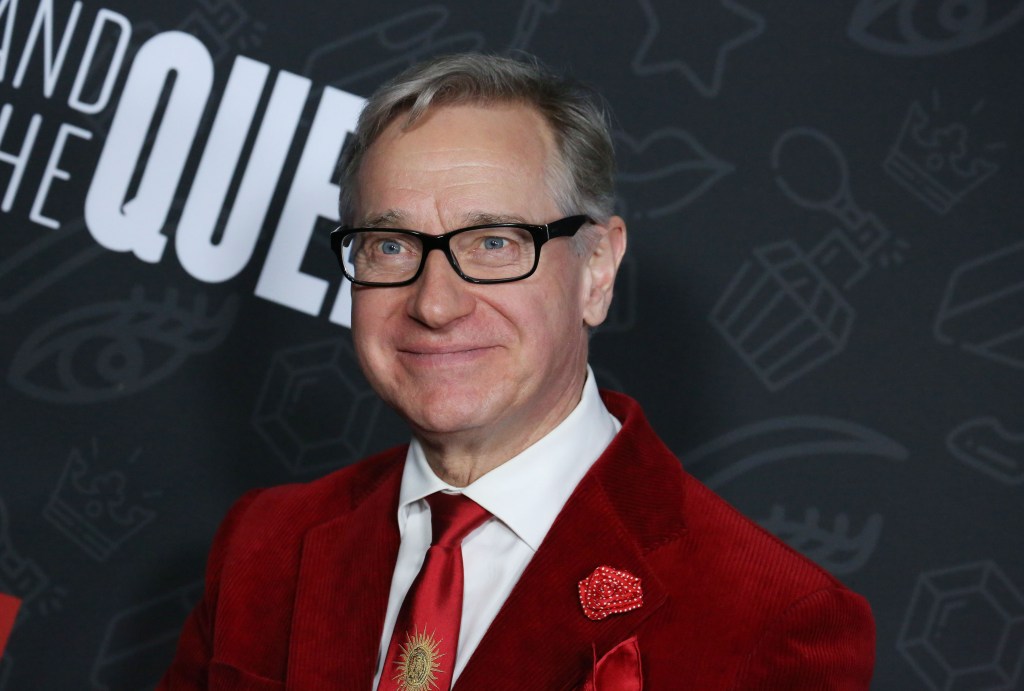 Paul Feig has signed on to direct The School For Good And Evil, a Netflix film adaptation of Soman Chainani’s New York Times bestselling debut novel and the first of six in The School for Goo…

David Magee (Life of Pi, Mary Poppins Returns) and Laura Solon (Office Christmas Party, Let It Snow) are adapting the screenplay which follows best friends Sophie and Agatha who uncover where fairytale legacies go to school: the School for Good and Evil, where ordinary boys and girls are trained to be fairy tale heroes and villains.
Click to expand...

It sucked because the script was terrible, if it was a cast of men with the same script it would have sucked the same. End of story.
You must log in or register to reply here.