News Persona 5 Royal To Be Censored In the West, Bigotry of Low Expectations for the Gay Community. Reddit Censors Gay Voices!

I also found the scenes funny. What a sad world we live in
Reactions: Isa, Saber and RiverMan

Leaving your friend to get hit on by a bunch of male perverts - Pretty sure I've seen that in at least one gag manga somewhere. That's the attitude in Japan. They find humor in the absurd and in the gallows.

The beach scene is supposed to be a karmic rebuttal. The boys have been acting like animal chick hounds all day and these campy predators show up to turn the spoon backwards with their own medicine. They're also a cartoon representation of what a lot of straight dudes, especially teenagers like Ryuji and the others, would imagine if that situation happened.

But what good am I doing, wasting my energy trying to explain something when everybody on ResetEra already views outsiders as the Enemy? Their entire perception of the world is based on reading Twitter feeds.
Last edited: Feb 20, 2020
Reactions: Isa, RyuCookingSomeRice and infinitys_7th

Its an incredibly immature medium, isn't it? God forbid we have some complexity in difficult subjects like dating and homosexuality in a videogame.

This is ridiculous. I won't buy a censored game!
Reactions: Isa and RiverMan

Exhibit #45,692 in the ever-expanding gallery of "Stop paying attention to churchmarms that won't buy your product anyway" 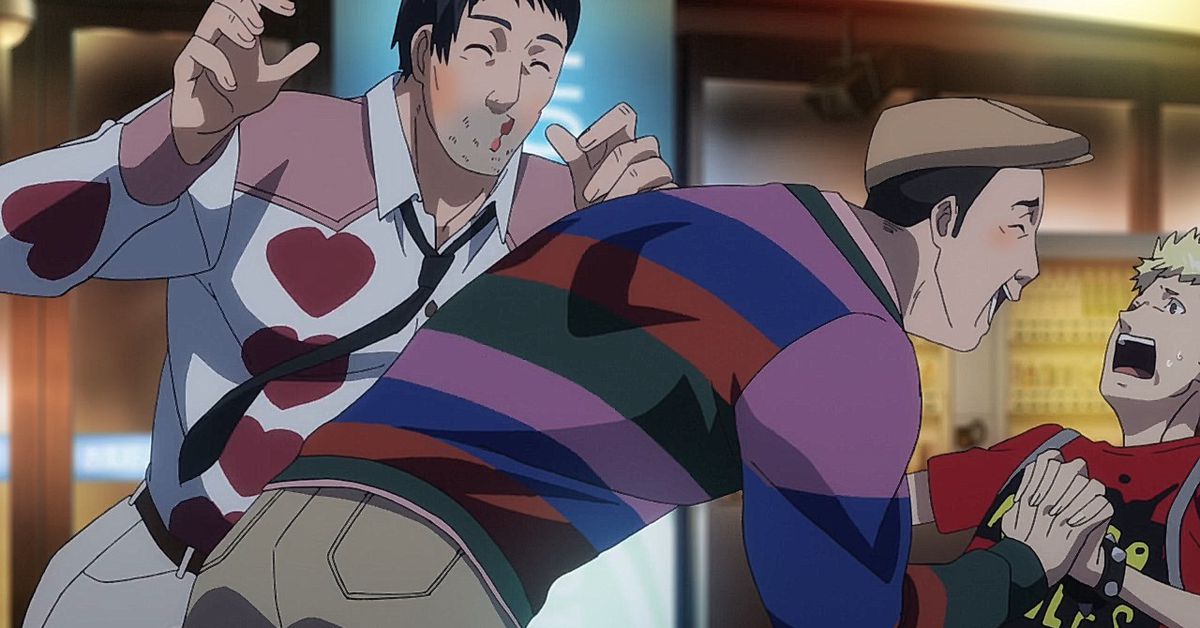 It's never enough for these cultists. Might as well stop trying to appease them.
Reactions: Kazza, Damage Inc, SEGA_2012 and 5 others

I like that "Persona 5's most controversial scene" boils down to "they don't treat these flamboyant gay dudes with an unnatural, almost cuck-like level of respect." That's really the most impactful scene? I'm sure actual flamboyant gay dudes trying to pick up high schoolers were less offended than this fucking drag queen.

DunDunDunpachi said:
Exhibit #45,692 in the ever-expanding gallery of "Stop paying attention to churchmarms that won't buy your product anyway"

It's never enough for these cultists. Might as well stop trying to appease them.
Click to expand...

If they ever suffer from this, its more than deserved. Should this be a warn for the next ones.
Reactions: DunDunDunpachi

DunDunDunpachi said:
Exhibit #45,692 in the ever-expanding gallery of "Stop paying attention to churchmarms that won't buy your product anyway"

It's never enough for these cultists. Might as well stop trying to appease them.
Click to expand...

We can only hope that the localization team over at AtlusUS can take the hint, but I doubt that, they're going to double down on their next game...

Censored Gaming has done a good comparison between the OG P5s script (japanese and english) and the changes done to P5R. They had the help from Tom Lipschultz (former XSEED translator W wyrdwad ).


The changes are extensive and it's as I've feared. Even dialogue choices were changed. As much as I love Persona, I won't support this shit. AtlusUS can suck my farts if they keep on doing this shit.
Reactions: DunDunDunpachi
J

The reaction from some to the Persona 5 Royal changes is similar to the what occurred after Catherine Full Body and comes from the same contingent that pushed for the game to be altered in the first place. The only positive resulting from the whole exercise is SEGA/ATLUS was able to virtue signal to the press for about a week, but at the expense of further raising concerns future products will go through similar scrutiny and eventual sanitization.

I'm glad the efforts made by SEGA/ATLUS aren't going uncriticized by the people who originally championed them, but I don't have much hope for change, unless SEGA corporate tells their localization people to stop F-ing around.

This isn’t just a problem in fiction

As a trans person whose initial transition was delayed by parents and loved ones assuming that I had been pushed into being trans by pressure from others, I got major vibes from this scene of the persistent fears that LGBT people force their lifestyles on unwilling kids.

When I first came out as trans to my parents, they wanted to know everything about every person I was talking to regarding my transition. Was my therapist gay or trans? Could they be pressuring me into transition because it’s what they thought was right for me, not because I actually wanted it? Did I come out to friends who were LGBT? Did they think it was cool that I had come out as trans? Could trying to fit in with expectations of others have been the cause for me being trans?

LGBT people don’t respect your boundaries, the game implies, and will force their desires on your unwilling kids

My parents were desperately looking around for an LGBT person who had entered my life and tricked me into thinking I was trans, because that would be a solvable situation. It would be easier to address than the reality: that I was actually trans, and had come to that understanding of myself without outside influence.

Those fears are common. I’m not the only LGBT person with a family who assumed that part of my identity was forced upon me. It’s used as a way to discredit someone’s lived experience. It’s used by society to handwave away our fights for rights, because we’re not really suffering; we just want to “seem cool” or “fit in.” It’s used to suggest that LGBT people shouldn’t be around children, and that children shouldn’t be taught LGBT people exist, because it will cause them to be tricked into becoming LGBT themselves.

This scene is the distillation of that fear — the idea that LGBT people will swoop down on your children, and force them to be something they are not. It’s the idea that LGBT individuals are predators, looking for people to brainwash to “our side,” like pawns. It’s not just a failed joke; it’s a situation that seems to justify many people’s fears.

Persona 5 Royal is a fantastic game. You can read my full review here, where I note that the gameplay changes and story additions take an already successful experience and make it even better. These few missteps stand out so much because they take place in a game that gets just about everything else right.
Click to expand...

Pallas said:
While I detest censorship, I’m not going to get outrage about it until I see a side by side comparison. When P5R launches on STEAM.
Click to expand...

Now that's what I call urinalism!
Click to expand...

"As a trans person"

Pretty safe to assume everything coming next is garbage
Reactions: Damage Inc

We getting outrage still over the change as well?

lol I was meaning a side by side comparison to the vanilla P5 and the royal version.
Reactions: Gp1
G

Pallas said:
lol I was meaning a side by side comparison to the vanilla P5 and the royal version.
Click to expand...

Another example of Kotaku actively working against the gaming industry. If you're not an employee, you're working against your own interests by linking any of their material in this forum.

I found a video about the guy who works for Kotaku who demanded Persona 5 be censored:
Last edited: Apr 2, 2020
You must log in or register to reply here.