So, I was reading Famitsu App and found out PiyoPiyo Quest came out this week for iOS:
https://itunes.apple.com/us/app/piyopiyoquest/id689177545?l=ja&mt=8&ign-mpt=uo=4
The game is in Japanese only, but it´s really easy to play, even if you don´t understand Japanese. 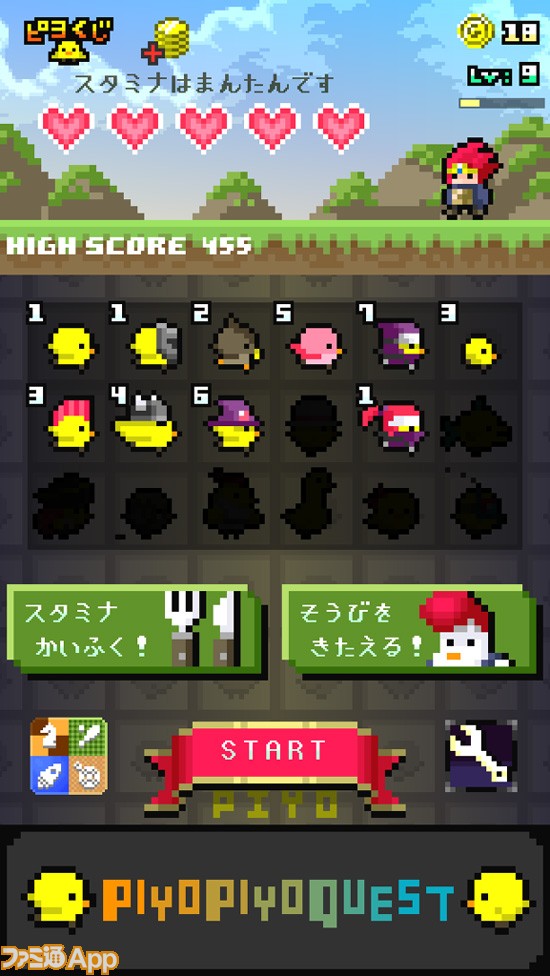 In the game you control Crest, who tries to repel and defeat the monsters that have invaded the kingdom of Piyoko, where the little Piyokos live. Piyokos are the little birds you can see in the screenshots. 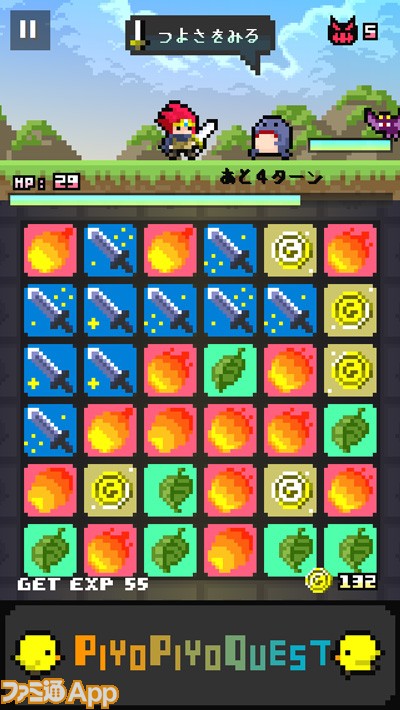 You fight monsters by touching the different panels you can see above. The sword panels make Crest attack with his sword, the fire ones make Crest cast magic, the leaf ones make Crest recover HP and the gold ones give you money, which you can use later to temper Crest's equipment and deal more physical/magical damage or increase his defense. The more panels you group together the better their effects will be. For example, if you group four sword panels, Crest will attack four times and so on. There are also two other special kind of panels, the Piyo panels and the monster panels. Piyo panels give you a random Piyoko, which you can use at the start of each game to increase your stats or give you other useful abilities, however, using them requires more stamina (you can have up to five stamina points, represented by hearts), and the monster panels heal the enemy and make them stronger, luckily you can get rid of the monster panels when using other sword panels near them. Like in Puzzle and Dragons, there's a little counter that shows how many turns you have before enemies attack, but not all monsters are the same, some are stronger and some weaker, which is why it's wise not to waste huge panel formations on weak ones.

If you tap the enemies you can see their name and how strong they are as well.

I've been playing it for a bit and I think it's really fun, thought it could use some more attention like BATTRIX Floating Continent, developed by the same people.

The game is free to play with micro transactions to get more gold and such, but they're entirely optional.

necro'ing to say that this game is great! just got it yesterday and I've been playing the hell out of it. yes, it's in Japanese, but it seems 85% playable without any language skills. there are 'buffs' you can equip with description only in JP, but in-game you can generally discern what their effect is.

I'm around lvl 10 and I haven't paid any money (and don't intend to, although I wouldn't mind supporting the author).

Hmm, this looks a little bit like Slayin' (which is one of the best games on iOS).