We just received a very interesting press release from Sony Computer Entertainment Italy. It mentioned an upcoming PlayStation media event scheduled for May 13, which will supposedly unveil a new concept for online gaming aimed at PlayStation 4 users.

The image literally says: Are you ready to accept the challenge?
Click to expand...

?
Something Driveclub?
Maybe nothing.
T

Local version of this?

A competitive version of trophies?
X

Home 2.0. More Home than you can fucking believe

That'd be a new concept for them.
S

Given that it's only announced for Italy, I don't imagine this will be something that applies to everyone else.
D

A PS Esports initiative would be interesting. They've got enough regions and infrastructure to broadcast events if it ever got big enough for that.
R

FranXico said:
A competitive version of trophies?
Click to expand...

Oh god please no, I just beat my trophy addiction, I don't need a comeback. :/

I would guess so. They do have a strange way to release that service though, right now it's only available in Spain and Portugal I believe ? And potentially Italy soon then ?
F

Maybe they will add a ladder system for competative esports. Would be cool to set it up within the PS4 system than having to use an outside system.
L

Isn't this just the esports initiative called the PlayStation Official League they were pushing a few months ago in Spain?

Edit: Takao is way ahead of me.
D

Hopefully it's the concept of changing PSN names
J

That'd be a new concept for them.
Click to expand...

Joke is so lame, I even thought about putting it into the OP at first.
So --> you = lame

John Bender said:
Joke is so lame, I even thought about putting it into the OP at first.
So --> you = lame

lol, I did question myself before posting it, but I've had problems recently with them so meh
R

This thread will end up being 10 pages long, only to have the announcement be profoundly underwhelming.
N

I missed Starhawk and Warhawk, so yes please.

FranXico said:
A competitive version of trophies?
Click to expand...

oo, how would this work?
W

brickarts295 said:
Oh god please no, I just beat my trophy addiction, I don't need a comeback. :/
Click to expand...

Why would they do that?
T

Reckheim said:
oo, how would this work?
Click to expand...

Trophy leaderboards would be a start.
C

Like other people have mentioned, it's probably for their competitive gaming initiative
R

Though that doesn't really fit with the "challenge" aspect
P

yet GAF is saying

I still remember the teaser site with a strange video for PS20 console.
Is that PlayStation Italy, right?
N

Probably that eSports thing that is already available in Portugal and Spain.
V

Please, no. The PS servers are finally somewhat stable. I actually like being able to play online as opposed to whatever I tried to do on the PS3.
G

I've got Platinum trophy for Starhawk.
It's a great multiplayer game, but I don't like the art.
Anyway it's not a pure garbage.
G

There will never be free multiplayer on Sony consoles again, way too much revenue to give up.
K

It could be the expansion of the idea of streaming audiences manipulating the game in a more mainstream way than hitting #A or #B during streams. They need to expand on the Share functions some more.
D

Shauni said:
Home 2.0. More Home than you can fucking believe
Click to expand...

Yeah, I immediately thought about this, here's why, I got some 'inside' info actually.

I know the Spanish version was launched a few months ago as a test market. If the test market went fine and people showed interest they'd expand it over to other countries, starting with Portugal I believe. Otherwise the whole thing would just be thrown to the garbage bin.

Well, people definitely showed interest in Spain, as Portugal's league did go forward after the Spanish test, and kicked off just a month ago (https://ligaplaystation.pt/).

So Italy is probably the next market they're launching on, followed by more local launches throughout the year.

It's not something that's out of this world, but I do definitely think it's a good idea and hope it has success so they can integrate further with the console in the future. Edit: As to the 'new concept', it's a concept similar to Gamebattles, if anyone remembers that, so I don't really think it's new per se, but hey, it's marketing I guess..


This is still a wild guess on my part, it could be something else, but I actually think it really is just Playstation League.
K 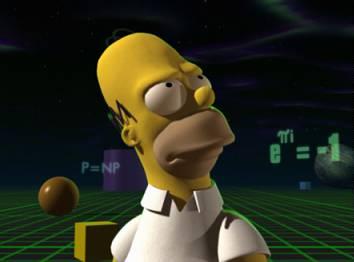 I'd be OK with that. Also with the leagues being rolled out wider.
F

Lol i posted that exact image in the Adventure Time point&click thread. Love that episode
S

Having just renewed my PS+ today, I'll be extremely pissed if it is this.
L

It has to be that E-sports league they've been testing in the EU. Perhaps it's to tie in with COD Bops3 if the rumors are to be believed.
E

I'm thinking e-sports platform or PSNOW (if not already available in Italy).
A

It's going to be That PlayStation League thing, if PlayStation North America doesn't say anything then it's probably nothing special for all PS4 users
J

That'd be a new concept for them.
Click to expand...

Playstation Italy announced this which means it's no big deal.
P

Oh wait, wrong game...
You must log in or register to reply here.