American plus-size model Tess Holliday has announced that she is receiving treatment for anorexia nervosa.

The cover star, 35, bravely spoke on her battle with the eating disorder by sharing a heartfelt message on her Twitter page.


Tess typed: "I’m anorexic & in recovery. I’m not ashamed to say it out loud anymore.

"I’m the result of a culture that celebrates thinness & equates that to worth, but I get to write my own narrative now. I’m finally able to care for a body that I’ve punished my entire life & I am finally free."

After the message, the model thanked her supporters for showing her love, as she penned: "Thank you all so much for the love y’all showed me today. I wasn’t expecting my tweet to blow up, but the solidarity means more than y’all know. I love it when the internet surprises me in a good way."

Anorexia is an eating disorder and serious mental health condition that can lead to severe malnutrition, bone problems and even death.


People with anorexia try to keep their weight as low as possible by not eating enough food and over-exercising, according to the NHS website.

On Thursday Tess appeared on Good Morning America and told how some online trolls have queried her battle with anorexia.


She explained that she has faced backlash from other anorexics who think she is 'lying' about having the eating disorder because she is plus-size.

Speaking on the show, she explained: "I’ve had a lot of messages from folks that are anorexic that are livid and angry because they feel like I’m lying,' she said. 'I am plus-size, but advocating for diversity and larger bodies, and so I think for people hearing me say I’m anorexic was really jarring and hard and confusing."

Tess is on a mission to let people know that eating disorders don't discriminate.

"You can’t look at someone and tell whether or not they’re healthy. You just can’t,' she said.

"I understand that people look at me and I don’t fit what we have seen presented as, you know, the diagnosis for anorexia.

"But then, for me, that tells me that there’s a larger problem which I’ve been actually saying for years is that we have a like, a lack of diversity and representation in the world."

The mother-of-two recently said on Twitter that she shared on her eating disorder recovery after she was congratulated on Instagram for losing weight.

She penned: "To everyone that keeps saying 'you’re looking healthy lately' or 'You are losing weight, keep it up!' Stop. Don’t. Comment. On. My. Weight. Or. Perceived. Health. Keep. It. To. Yourself. Thanks."

Tess added: "When you equate weight loss with “health” and place value and worth on someone’s size, you are basically saying that we are more valuable now because we are smaller and perpetuating diet culture… and that’s corny as hell. NOT here for it."
Click to expand...

She looks like a literal Skelton, that's been engulfed by a cake eating demon.
Reactions: Ikutachi, Kev Kev, Punkster88 and 27 others

Reactions: Punkster88, clem84, Rockondevil and 16 others

She definitely has a eating disorder....
Reactions: Punkster88, zeioIIDX, Evil Calvin and 14 others

anorexia is specifically about unusually low BMI and being underweight to an unhealthy level (not eating disorder alone). otherwise various other mental health issues could be called this because someone is not eating correctly.

Reactions: Punkster88, SpiceRacz, GamingKaiju and 3 others

"You can't look at someone and tell whether or not they're healthy."

Prison Mike said:
She definitely has a eating disorder....
Click to expand...

And dat order, and everyone's order...
Reactions: Robot Carnival, Punkster88, slade and 15 others

She has something wrong with her but it's clearly not anorexia.
Reactions: Punkster88

That sounds like something a troll/comedian would think of.
Reactions: Punkster88, Elginer and donfonzie

Maybe she's mistaking the time between meals as anorexia. We're not cows that have to constantly graze.
Reactions: Banjo64

Ah the old zero cal, two finger dessert. A delicacy in some places 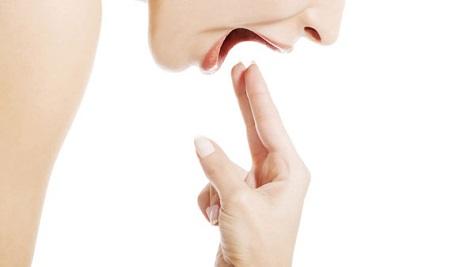 It sorta sounds like she is acting like an anorexic but she is so big it's only showing mediocre end results, which I get. A lot of illness and stuff for losing a few noticeable pounds. But I mean she's a plus model. If she goes thin, she ain't gonna stay a plus model, and she won't 'become' one of the thin models either.
Reactions: Blitzmangoman

The recovery seems to have gone well.
Reactions: Humdinger, clem84, highrider and 15 others 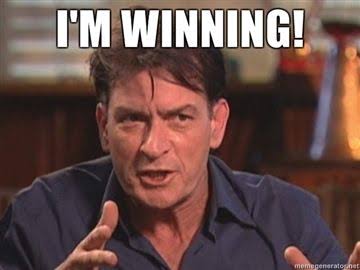 Holy fuck, how can a plus size model say she has anorexia? Don't fucking lie to people, just say "I wanna be able to eat whatever the hell I want without people judging me." Ok, just keep doing it, but don't shove your fucking mindset and body positivity bullshit into everyone's throat. Just be fucking honest, it's ok if you want to be fat, it's your life, but don't say you have anorexia or that being fat is healthy. It's not, period. 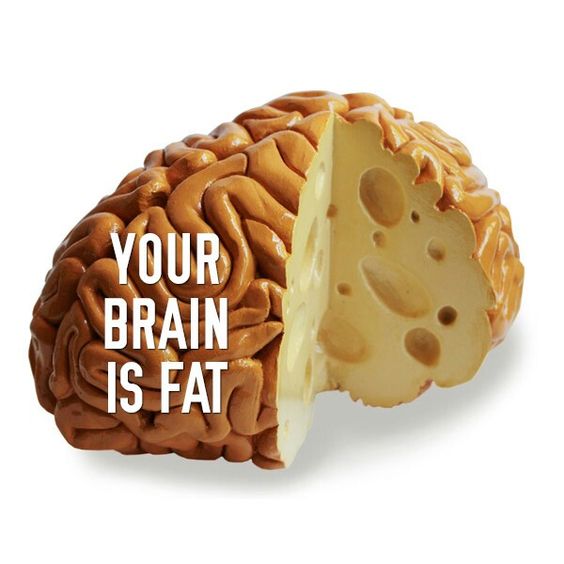 She'd be pretty without all the whale blubber.

Fat-dysphoria? She identifies as an anorexic despite the fact that she's fatty?
Sure, why not, anything is possible in this brave new world!
Reactions: CloudNull and TTOOLL
A

kruis said:
She'd be pretty without all the whale blubber.

fuck this “y’all” shit
Reactions: zeioIIDX, Drew1440, PuppetMaster and 6 others

2021 where promoting an extremely unhealthy body image is considered brave

Being obese should never be celebrated, Im sorry it just shouldn't
Reactions: zeioIIDX, Can't decide, NeoIkaruGAF and 15 others

I thought this was an Onion or Babylon Bee article, but it's actually legit. Strange times we're living in. I would say that don't understand how she can say any of this with a straight face (or how the media can accept this nonsense at face value), but she's made a career of lying to herself and others so this is par for the course with these types of grifers.
Reactions: Can't decide, NeoIkaruGAF, graywolf323 and 3 others

"I’m the result of a culture that celebrates thinness & equates that to worth, but I get to write my own narrative now. I’m finally able to care for a body that I’ve punished my entire life & I am finally free."
Click to expand...

I too am the result of such a culture. And still I am able to eat healthily.

People like this get no sympathy from me.
Reactions: NeoIkaruGAF, Burning Blade, Forsythia and 1 other person

You mean the anorexic girl she swallowed is getting the treatment?
Reactions: NeoIkaruGAF, GymWolf, DanteFox and 4 others

We have particiticaption awards and now participation disorders.
Reactions: Bitmap Frogs, NeoIkaruGAF, Punished Miku and 8 others

This is the most benign case of anorexia.
Reactions: NeoIkaruGAF and Noncanon Ship 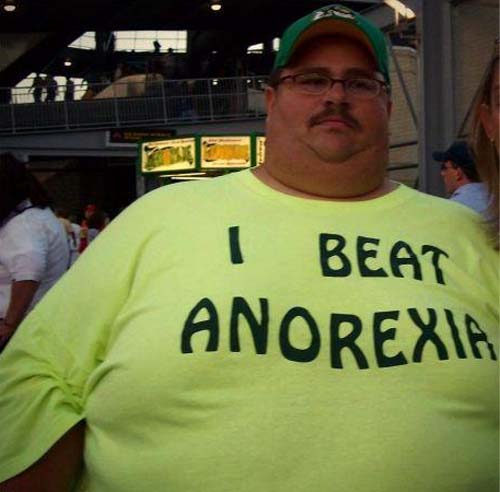 I think a lot of people don't understand anorexia, like it isn't necessarily the only mode, you can flip flop between weeks of anorexia, weeks of bullemia, weeks of binge-eating disorder, and those can all be co-morbid. And anorexics once they get over anorexia often have a lot of trouble maintaining a healthy weight because they've essentially trained their body to hold on to fat reserves in case of starvation. So "recovered" anorexics often get fat.
Last edited: May 10, 2021
Reactions: kuncol02, Punished Miku and CloudNull 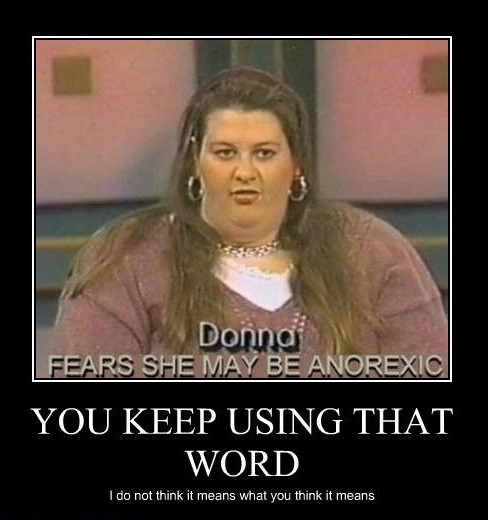 She's even named after a kebab!!


I know it's spelled differently.
Reactions: Robot Carnival, NeoIkaruGAF, nbcjr and 5 others
S

"I’m the result of a culture that celebrates thinness & equates that to worth, but I get to write my own narrative now.
Click to expand...

That’s where I stopped reading. It’s either a stupid publicity stunt (which is why it’s been picked up by The Mirror) or she is so deluded that she thinks she won’t die young, her poor mortal organs crushed under the ever increasing deep oceanic pressure of the 18 second brunches she has daily. She can write all she wants, doesn’t make it true.
Reactions: zeioIIDX, ArtemisClydeFrog and CloudNull

Disordered eating is all one big cluster of shit that often goes together. It's probably not as simple as you're making it though. 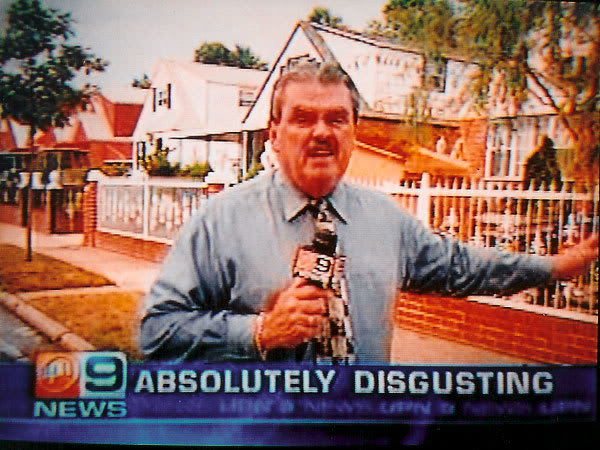 What a fucking joke.

"I’ve had a lot of messages from folks that are anorexic that are livid and angry because they feel like I’m lying,' she said. 'I am plus-size, but advocating for diversity and larger bodies, and so I think for people hearing me say I’m anorexic was really jarring and hard and confusing."

Bitch could live off that blubber for a solid year. How about advocating for healthier bodies and exercise instead of fatter bodies? So disgusting. Making lazy fats feel better about themselves for being fat is literally this creature's career.
Reactions: CAB_Life, kruis, Peggies and 2 others

I see this person was reading the mayo clinic write up on anorexia. This seems like a fishing line for sympathy because she's not getting enough attention.
I'm also going to call bullshit on this because of all her posts about loving her self, owning her weight and promoting her unhealthy, life threatening mass as a means of being brave and acceptable in today's modern, totally fucked up society.
Reactions: Ikutachi and ArtemisClydeFrog

I am now anorexic after seeing photos of her and her twitter posts.
Reactions: Kev Kev, Rock And Roll and ArtemisClydeFrog

Dirk Benedict said:
This seems like a fishing line for sympathy because she's not getting enough attention.
Click to expand...

If that’s what she looks like with anorexia I couldn’t imagine what she’d look like without the eating disorder.

SF Kosmo said:
Disordered eating is all one big cluster of shit that often goes together. It's probably not as simple as you're making it though.

People who grew up what?
Food insecure?

You can't say that, can you? What does it even mean?

Was wondering why she looked so small lately.
Reactions: Kev Kev, Banjo64, ArtemisClydeFrog and 1 other person
You must log in or register to reply here.