CoroCoro has begun to leak, NO SCANS, but here's what's included.

Well, there's your scoop of the century then.

EDIT : OMG I saw the scan, is this for real?
MegaLucario is sooooooo badass.
Q

Mega?! Can't believe this is coming in just 2 months.
F

Now Pokemon can become Digimon! Where're the metal forms at?

I'll let it move until we get clearer info. It's just out there.
A

the holder of the trombone

What the hell does this all mean, though?
Q

- There are now "Mega Pokemon", which are forms it seems, which the revealed Mewtwo Form is part of. Blaziken, Absol, Lucario, Ampharos, and Mawile (Steel/Fairy) have them.
- Gogoat's Pre-Evolution is Meekuru.
- Electric/Fairy called Dedenne
- Normal Rabbit named Horubii.
Click to expand...

Dangit Birdie, put the darn date into the title.
S

This stuff still isn't confirmed yet. It's likely, but not 100%. Japanese is fine, but we've had Japanese fakes beofre. Lack of screens in the scans is concerning to me.
I

MegaLucario and MegaAmpharos look awesome, and I'm definitely hyped for other pokemon if it's real.
C

WOAH? So the new Mewtwo is actually Mega Mewtwo? They changed the designs of every "Mega" Pokemon it seems.
Z

X and Y are really going to change up the previous gens.
G 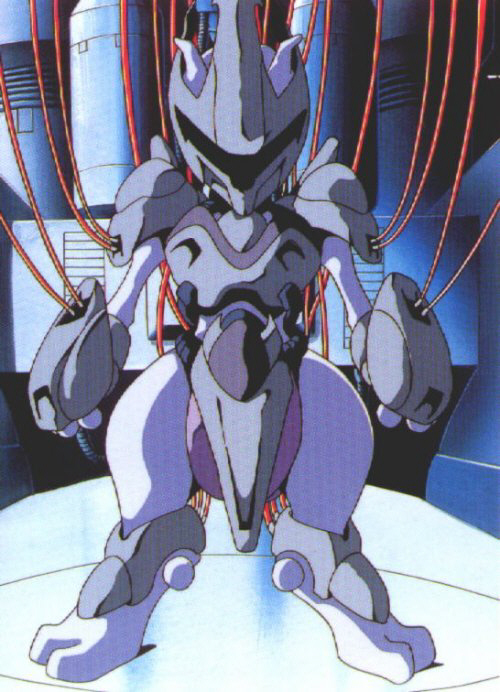 Or was this the joke?
T

Edit: As if Blaziken needed a more powerful form...!

Well, I just saw the scan of the Mega forms on /vp/... all I can say is wat. Absol has a bigger fringe and angel wings.
P

StreetsAhead said:
This stuff still isn't confirmed yet. It's likely, but not 100%. Japanese is fine, but we've had Japanese fakes beofre. Lack of screens in the scans is concerning to me.
Click to expand...

Above the rabbit etc you can see the foot of MegaAbsol and it has a screenshot with it in.

Opinions on Mega aside, that Absol looks fucking awesome and should've been there to begin with. It actually looks like a Tao now.

Also I bet this Mega thing is related to the DNA helix we saw in the trailer.
Q

It was exactly what I had in mind. It would be seriously awesome to be honest!
W

StreetsAhead said:
This stuff still isn't confirmed yet. It's likely, but not 100%. Japanese is fine, but we've had Japanese fakes beofre. Lack of screens in the scans is concerning to me.
Click to expand...

Honestly, I kind of hope this is fake.

The Mega Pokemon kind of...bother me. Especially Mawile, which seems to suggest that cross-generational Evolutions are being replaced by these.
K

They should have just left the word mega out, and made these actual evolutions with actual new names. MegaPokemon seems really cheesy.
H

Something like that. Maybe it's related to that helix thing
M

The scans look kinda fake. MegaMewtwo is the new form. They all look cool, but I don;t think that only Blaziken would get a new evolution/form...
M

Will we see mega charizard?
V

Any reason to believe this is real aside from "it's from 2ch"?

This is turning into some Digimon shit we never asked for.
G

First thing that popped into my head when I saw the electric/fairy Pokemon was baby Raichu.
R

I hope there are only a few Mega Pokemon. Hopefully these will be alternate evolutions, right? Damn.
R

Also it seems like if the Mega thing is true, they are related to the Legendaries, like how Lucario looks Yveltal-like while Blaziken has Xerneas-like stuff.
B

Don't you think we should have waited until it's confirmed or something until we make it a pokebomb?

Eh, we'll find out for sure in the coming days.
P

This looks way too Digimon. Like the creators used a time machine and went back to the 90's and asked kids to redesign these Pokemon with their image of 'cool.'
M

What the hell is with that hair on Ampharos? I'm kind of hoping these are fake.
T


megaman boss battle song...
You must log in or register to reply here.