It's the curvier look, not a big fan of it.


hosannainexcelsis said:
I realize that. But what is the other person lying about?
Click to expand...

ah this is the problem, I guess it was misinterpreted as a "totes serious" post

ShadyPenguin said:
Wow, what a crappy post. Do you even know anything about anymation?
Click to expand...

Well I know that it's spelled "animation" if that helps. But talking seriously it was a joke, don't overreact please.
L

The art may be Our War Game, but the plot should be Tamers. Ash should force Pikachu to evolve to Raichu after Mimikyu sells its soul to Type:Null, evolves, and kills Mallow's Rugarugan.
S

Boss Doggie said:
It's the curvier look, not a big fan of it.
Click to expand...

Literally not edgy enough for you.

I don't trust my mon Rowlet in his hands.
Y

Ask me which Shakespeare novel is best

I don't trust my mon Rowlet in his hands.
Click to expand...

That's an amazing avatar man. I need a Nargacuga/Litten version.
B

I don't trust my mon Rowlet in his hands.
Click to expand...

And you shouldn't
F

Yeah this is my issue. He looks so off.

Sou Da said:
Literally not edgy enough for you.


L Thammy said:
The art may be Our War Game, but the plot should be Tamers. Ash should force Pikachu to evolve to Raichu after Mimikyu sells its soul to Type:Null, evolves, and kills Mallow's Rugarugan.
Click to expand...

I really like the animation, but it's just weird having Ash there. It feels like it would have been the best opportunity for a new character. We'll see how it's handled.


I also wonder if there's an intentional eb and flow going on now. Unova Ash seemed like they reset him skills wise, then improves throughout Unova, is great in X&Y. Then get's reset again.

It wouldn't surprise me that after Sun & Moon we have smart Ash again lol.
T

I'm probably gonna end up liking this more than xy/z. No league for him to lose again, thankfully. I can't wait for the Ultra Beasts, among other cool things like legendary/mythical pokemon to appear.
U

Whoa, they really changed it up.
D

That moment when all your artists are on vacation so you just try to make do.
Click to expand... The animation looks nice, but the designs and concept... dunno man.

Also Rockruff's gonna be the new manga MC's main fighter then? Curious to see how that ends up, I think that line has potential to become one of the really popular ones.
E

Really dig the art style and the animation looks fluid. Could be the first Pokemon series I watch regularly.
L

I don't like this chara-design for this particular anime but the animation seems good.

Looks more cartoonish, don't know how to react other than I was getting so used to Shonen Ash
B

Welfare said:
Looks more cartoonish, don't know how to react other than I was getting so used to Shonen Ash
Click to expand...

Honestly, I'm glad they're going in a goofier direction. Indigo League was goofy as hell, and the show's lost a lot of that since then. I want a return to shit like Haunter and Gengar's Abbot and Costello routine.
T

Oh my god this looks horrible. They're resetting Ash again aren't they? He'll be using his Pokedex to identify Pidgeys.
N

Oh my bad. I had to do that Dance with Mob Psycho already, so i was going 100% defensive from the beginning lol
K

I'm glad we live in a post-Wind Waker world in which we know not to judge a product's narrative depth or production values based on its art direction.

I like the art-style change personally, but I don't know if I can stomach another reset. I have the feeling he'll be even more pathetic at the beginning of the next series than ever before
B

Galang said:
I like the art-style change personally, but I don't know if I can stomach another reset. I have the feeling he'll be even more pathetic at the beginning of the next series than ever before
Click to expand...

Well his goal is "to graduate like never before" so..that sets the tone lol
C

In this topic, anime fans continue to demonstrate they have no idea what good animation looks like

The art style change I could see taking people off guard though.

Just speculation, but do you think the animation studio changed for the new season for Pokemon because of the low ratings X/Y has been getting in Japan lately?
S

Ash is supposed to be younger, right? Because he barely looks recognizable
G

This actually looks really good. It reminds me of that Lil and Stitch anime they had awhile back. 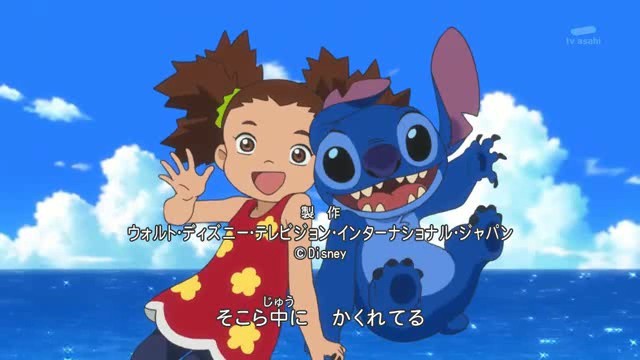 So the Aloha regions fits perfectly with what they're going for.
Z

They have somehow found a way to make Ash look even younger. Really don't like this art direction. Oddly reminds me if the Ghibli movie, Ponyo
F

Not a fan of the new artstyle. And no Serena it seems
M

I will pass on this as I am not interested in watching Po-Kai Watch, which is fine as I will have the game to tide me over.

The power of losing the league it makes you immortal forever.


KeasbyKnight said:
I'm not bothered about Ash's supposed downgrade after losing the league. The anime has always been an advertising tool for the games, and the people who take a kid's show too seriously are setting themselves up for disappointment. The new setting looks fresh, relaxing, and a ton of fun. They're shaking up the formula in such a good way. Both games and anime wise.
Click to expand...

Same, after being bored with the X and Y animé and the direction Sun and Moon heading, I think that I have outgrown the animé and I am okay with that.


Yellowflashdude said:
So no Serena. That sucks.
Click to expand...

You mean that's great as Serena was dull as a rock.


Welfare said:
Looks more cartoonish, don't know how to react other than I was getting so used to Shonen Ash
Click to expand...

I didn't like Shonen Ash as I found him to be dull.
T

I like the animation and it seems to fit with the tone they're going for, but man the school setting is such a bummer. Especially when the game's plot is looking so weird and interesting. Hopefully they eventually get to that point with the anime. I want to see the Aether Foundation and the UBs show up.
G

Lines are too soft, I even saw some noodle limbs in the preview.
D

This is a HUGE art style change..

I'm not sure if I like it, but considering I don't watch the anime and I'm now tempted to check it out and see what else is different I suppose it works!
P

I kind of see where people are getting Yokai Watch vibes from.
H

You know, I really didn't believe the plot of the SM games would be about starting a pokemon league, but after seeing this, I think that's exactly what's gonna happen in the games. Trial captains in school, studying to graduate and become gym leaders makes a lot of sense.

Edit: Actually scratch that: They graduate to become the new kahuna's then maybe the old one's become the grand kahuna's or elite 4.
G

I literally like everything about this except Ash's design. Like, bruh. What? How? Why is he so round? So curvy? His hair is just... and his cheekbolts! XY finally fixed that. Man...

At least everyone else looks good. Well, maybe not Pikachu, and I'm not sure about other Pokemon, but the human characters look great. And the animation being more cartoony is a good thing, too.

The inclusion of Team Skull grunts in the preview is definitely a good thing. Sure, it has the goofy PokeRide shenanigans and Z-Move poses and Team Rocket, but if it manages to tell a story even as half as serious as the Team Flare arc, then I'm in for the long run. I'm sure the Ultra Beasts and the Aether Foundation will appear eventually (personally looking forward to Guzma's first appearance and Gladion battling someone using Type: Null).

On top of that, just think about all the stuff they can do now in an episode: Pyukumuku tossing, a beach episode, a festival episode, a mini-vacation arc, school trip episodes, fishing, PokeRide stuff like races, etc. on top of the regular battling and stuff. We might even still get Trial Challenge episodes, and battles with Totem Pokemon (i.e. Ash and Mallow get lost in the Lush Jungle so go searching for ingredients for Mallow to cook, accidentally run into a Totem Lurantis, they battle, Mallow's Bounsweet evolves or something).

Really glad the main cast is larger than usual, too, and it'll be fun to see the Trial Captains and Lillie interact with each other and Ash. Of course, it could just turn out to be the worst series so far, but I'm hopeful.
B

It's very clear this is Alolan ash. We'll see regular ash next

I'm gonna miss XY so much. Really wish that it and Gen VI were a year longer, like AG and DP.

As for Sun & Moon... I guess I'll give it a chance. Good that it looks like they're trying something new. Satoshi's design gonna take some real getting used to, though.

I fully expected this... but yeah, it still sucks.
C

So Ash got his ass kicked and went to school. He can't hang with the big dogs.
S

excited for ash to do the job
P

I was thinking about the series, you know, we all have had fun mocking him for never winning a league, but in hindsight, hasn't Ash fucking saved the world in the anime a bajillion times?

Y'all need to respect that kid a bit more.
T

Wait, so the original manga's continuity is out? Boo
You must log in or register to reply here.