Yesterday Twitch streamer SpotTheOzzie had the CEO behind the Project Cars series on his stream and things got very candid. Talks about DLC, how yearly rehashes kills the lifespan of a game, the competition, his experience in business. He even talks about how they're not using Denuvo in Project Cars 2 because it's too restrictive and annoying to actual customers (hope more publishers take their approach on that issue, including their publisher Bandai Namco).

We made a game called Need for Speed: Shift, we made a game called Shift 2 and EA came to me and said "We'll give you 1.5 million if you agree not to talk to any other publisher, to agree any other games or work on any other arrangement with any other publisher. And we'll give you 1.5 million and we'll sign Shift 3". So I said OK. That sounds like a good deal. I took the 1.5 million, I paid the guys, lots of bonuses, and two weeks before we were due to start Shift 3 it was cancelled. With no warning. They said "We are not doing that anymore."


Iced_Eagle said:
A few minutes after that in the video, he talks about his savagery towards EA, and gives details on how they "tried" to steal their tech. This is the summary though.

The company knew the deal with EA was shady, and there were signs before they signed. However, they desperately needed to sign a deal, so had to move forwards. In the contract EA wanted them to sign, there was a clause that EA would get to keep all of the tech from the project, with the exception of third-party technology (which makes sense -- obviously EA wouldn't ever expect to own FMOD through this company).

Before the contract was signed though, they created a new company called Middleware Limited, transferred all of their tech to be under that company, and then licensed it from that company and EA had no idea. They then signed the contract. EA later tried to get the tech, but the CEO was able to give them the finger saying it was licensed from a third-party and they couldn't have it.

Glad they weren't successful and were able to use their tech to get back on track with Test Drive and later create the Project Cars series. By the way, Project Cars 2 looks fantastic. Here's a trailer.
https://youtu.be/nsaiLLhN5VQ
N

EA is the devil.

The CEO in the video mentioned Robert "Patrick" Söderlund (EA VP) by name as the main devil behind it all.

Wasn't he the asshole doing the EA press conference at E3 this year?
W

These big publishers are messed up. We dont get to see or hear much about this side. But when we do, its always fucked up.
W

So that's why they scammed Wii U owners. They had to!
On topic: Reading this makes me think the shit Bethesda pulled with Himan Head studios was true as well.

Wasn't he the asshole doing the EA press conference at E3 this year?
Click to expand...

He named his son Luigi.
T

Whaaaaaat, EA would never do that. It's not like they have a history of killing companies.
F

Roughly the size of a baaaaaarge

I'm glad Ian Bell and SMS broke away from EA. Bandai Namco seems to allow them to do their own thing. I don't think something like Project Cars would've existed under EA, they probably would've have tried to make it as mainstream and casual as possible. I appreciate SMS for making a "motorsports game" rather than simply a racing game.
U

EA is the devil.

The CEO in the video mentioned Robert "Patrick" Söderlund (EA VP) by name as the main devil behind it all.

Wasn't he the asshole doing the EA press conference at E3 this year?
Click to expand...

The same asshole with "I love Nintendo! My son's name is Luigi!"
S

Goddamn. I can't wait to hear how EA tries to spin this.
S

Yo EA bogus for this they tried to crush their company and run off with their tech. smh
J

EA Corporate monster - the worst of them, according to SMS: 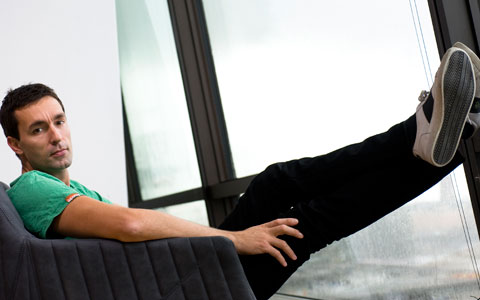 he founded DICE and owns a large amount of EA shares.

It looks like he was actually on a mission to bring talent in-house for NFS:

Need for Speed games have been inconsistent in quality. The games made by UK studio Criterion have been great, but the others have been a mixed bag. Is that why you set up this new Need for Speed developer Ghost Games?

Ghost in Gothanberg was created with not just Need for Speed, but driving games in mind. There's a lot of car nuts there, a lot of people who have built racing games in the past. And I'm surprised at how quickly they have established themselves. We have taken some senior people, Craig Sullivan from Criterion has moved to Gothenberg, Jamie Keen who was a key design person on Far Cry 3 has moved there. We have assembled an experienced team, with some former DICE employees, as well.

But if I tell a studio that they are going to make a Need for Speed game every year for the foreseeable future, that might seem daunting. People need breathing room. I don't believe you can make a great game in eight months. You have to give enough time to people to be creative and express themselves. We have always had two teams working on Need for Speed. So it was a natural step to start a new studio.

We looked all over the world. We looked at the UK. But it boiled down to Gothenberg strangely enough, and it seems to be the right choice.
Click to expand...

You are telling me we could have gotten Shift 3? Oh hell no EA, you suck.

Scummy as fuck.
U

Tagyhag said:
Whaaaaaat, EA would never do that. It's not like they have a history of killing companies.
Click to expand...

There's no precedent. It's unprecedented.
N

Yeah, I was on the fence about buying Fifa on Switch (was going to get it used anyway), but I'll just stay away now.
N

Gross but unsurprising.
I

What a ridiculous question!

Insaniac said:
The way the guy never smiles or shows emotion makes him come off as a sociopath
Click to expand...

As bullshit as it might be, come on with this.
T

I'll skip 18 this year. Publishers pulling this kind of stunt made me reluctant to purchase their products.

Let's not forget that Mirror's Edge Catalyst had a villain that looked exactly like Andrew Wilson. 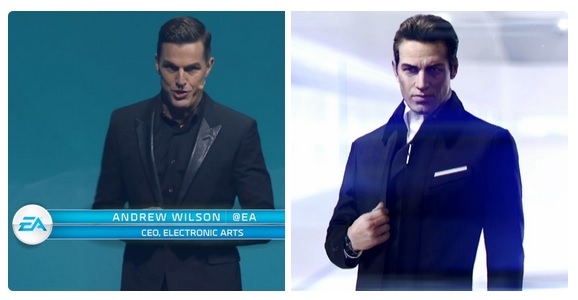 Later they changed it. 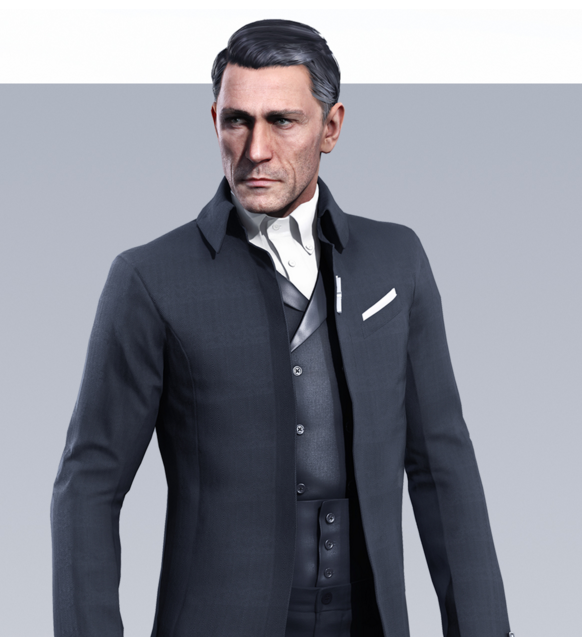 EA have always been scummy cunts.

I'm old school hating EA, ever since they bought and killed Bullfrog, no sim has come close to the perfection of the theme games ever.

I'll skip 18 this year. Publishers pulling this kind of stunt made me reluctant to purchase their products.
Click to expand...

Bought Titanfall 2, not supporting the best "fast" multiplayer shooter in a decade and the best single player campaign in an FPS game since Half-Life 2 is a bigger crime than supporting EA.
T

Wow, this made me angry to read, such scumbag moves.

But fuck everything else about them.

Roughly the size of a baaaaaarge

This will always be hilarious to me because it's such an obvious cry for help.
D

Later they changed it.

I was skeptical, but after reading the information, yes, that is super fucked up. Damn. EA = big jerks.
H

Man, that's some nice forward thinking to save their tech from EA.
W

never heard about the cat, apparently

Damn, great stuff. I could listen to that guy all day. Very Honest. He even says EA can go fuck themselves lol.
S

bitbydeath said:
I'm old school hating EA, ever since they bought and killed Bullfrog, no sim has come close to the perfection of the theme games ever.
Click to expand...

Last EA game I bought was Dead Space 2, after that I realized I shouldn't really support such scum.
C

get some go again

wish the streamer wasn't blaring the game in the background at the same volume as the guy he was interviewing. hope other companies dealing with ea learn from this guy and avoid ea or make sure to give themselves a bunch of outs when ea decides to screw them over.
S

Thats awful. Fucking EA man, why do they have to be such scumbags?

Ugh and I really wanted to play the new NFS later this year as well. Guess Ill have to rethink that.
O

That was a warning shot. If EA wants to kill a company they buy it.
S

First the Human Head assassination from Zenimax, now this.

Just fork out the checkbooks to buy them you sociopaths.
M

You think EA would just do that.

Go and sabotage a company's prospects and bleed them to death.
L

bitbydeath said:
I'm old school hating EA, ever since they bought and killed Bullfrog, no sim has come close to the perfection of the theme games ever.
Click to expand...

Old school hatred of EA is best type of hatred. Origin Systems, Bullfrog, Westwood, Bioware, Maxis. I will always remember you guys before the corruption.
D

Damn, now I feel bad for Respawn and Bioware.

Tagg9 said:
Goddamn. I can't wait to hear how EA tries to spin this.
Click to expand...

They don't have to talk about it, and most likely won't.

Fortunately Respawn still owns the Titanfall IP.... Which makes the future of the series all the more exciting. Valve should just publish their games (and collaborate/outsource with them on projects like Half-Life 2 Episode 3 given their experience with the Source Engine)
https://www.giantbomb.com/titanfall...that-they-might-not-be-happy-with-ea-1804284/

Will you make another Titanfall game?

We don't know yet. The game is, critically, a huge success. We're really happy with all the reviews and the positive sentiment. Sales, it's too early to tell. We'd definitely like to tell more of the story and the universe. I think it's pretty safe to assume that we'll explore more of it. EA might have announced more. Devin?

[Devin Bennett, a publicist for Electronic Arts, interjects, "What we've said is we're committed to the franchise."]

Zampella: So, whatever the fuck that means.
Click to expand...

EA is scum. Granted, almost every major publisher is nowadays, but EA is a special kind of evil.
J

The Shift games were so good. I guess this would be around the time they did the reboot and the movie?

WTF! I was planning to get the new NFS game but nope! Not after this.

It puts things into perspective. Just how shitty EA is compared to how Ubisoft's CEO Yves Guillemot cares about his employees and studios.
S

Triple check your contract before signing with EA or Microsoft Studios.

I just hope Coldwood have one of the better partnerships with EA.
R

WTF EA doesn't even need the tech since FB has a great driving and physics model, so that's a weird shenanigan to pull.
You must log in or register to reply here.

Feb 3, 2021 started IbizaPocholo
Feb 4, 2021
Corgi1985
News EA says Battlefield 6 is "way ahead" of schedule, supports "more players than ever before", will ensure this is exactly the game fans want to play