In the years since its release in 2005, Psychonautshas become a cult classic as an early game that was about something much deeper than it seemed. But because it was so ahead of its time, Psychonauts found both critical and commercial success to be middling compared to creator Tim Schafer's other knockouts like Secret of Monkey Island.

But in 2019, Psychonauts is back for a sequel, its cult following out in full force to cheer its return to the main stage of Microsoft's E3 showcase. A 30-minute demo for Psychonauts 2 and a Q&A with Schafer show the series has found the right time to shine.

You play as Raz, a member of a team of people who use psychic abilities to go inside others' heads. Through puzzles and Psi-Powers, you battle their inner demons, like the goopy Regret monsters in the demo, who can "weigh you down" and are plaguing Dr. Caligosto Loboto's mental world. Loboto's been acting funny lately, so you're tasked with blasting through his mental blockages to figure out who his nefarious "boss" is, a mysterious new character we only got a glimpse of.

"We always approach the more serious themes in Psychonauts with a philosophy of, you never know what's going on in someone's head," said Schafer. "Anyone who seems like they're acting in a negative way or showing divergent behavior, sometimes if you can just go inside their head, you can see what they're wrestling with. And in this game, you can help them with that. Most of the characters, even the villain in the first game, is redeemed by you helping them wrestle with what's troubling them inside their head. And that's also with lots of laughs along the way."

Despite all the years in the real world since the first one came out, Psychonauts 2 picks up only three days after that game ended. And though a lot of the original design team is back for the sequel (along with some fresh faces), Schafer emphasized that they still have their work cut out for them.

"It takes time, the game," he said. "You realize even though it's been many years since the first one and everyone on the team has learned a lot since about how to make games, the process is always just a long journey to figuring what the real heart of the game is."

In 2017, Double Fine released a VR game in the universe called Psychonauts in the Rhombus of Ruins. While you don't have to have played that game to jump in on the sequel, the new game will still pull from the lore established in that one. And when asked whether Psychonauts 2 would support VR as well, Schafer slyly replied, "I think that's a smart idea."

The demo showed how the psychoactive and surreal elements of the game world lend themselves to the kind of wacky mind-bending experiences VR is best known for. In Loboto's mental world, hallways grow longer all of the sudden, or the whole perspective shifts to become like a 2D platformer.

It's like Inception, if Inception was a colorful comedic video game world.

While Psychonauts might look like kid stuff at first, what made it a favorite among headier game critics was how it tackled issues of mental health and illness through gameplay — long before indies like 2018's Hellblade did it.

"There's a lot of topics in the game that can be problematic if you don't approach them in a way that's sincere and respectful," said Schafer. "It's about drawing from your own personal experiences instead of a stereotype, which makes it actually potentially helpful to people."

The first game might've released a little too ahead of its time. According to Schafer, the re-release on PC made more money in its first five years than the original release ever made.

And as for finding the heart of the game, Schafer seems to have a pretty good grasp on how, "it's about that sense of empathy, about seeing people from the outside then seeing them from the inside, and realizing you don't understand what they're going through."

Certainly, he said, that's what's stuck with people since the first game in 2005, even though many of its saddest and most melancholic bits were hidden inside a game world that emphasized comedy.

"But that's what's interesting to me, presenting this slice of life where there's a full range of human experiences," said Schafer. "It's still funny, but it can go to all the places life stories go."

Psychonauts 2 is slated for release in 2020 on Xbox One, PlayStation 4, PC, Mac and Linux.
Click to expand... 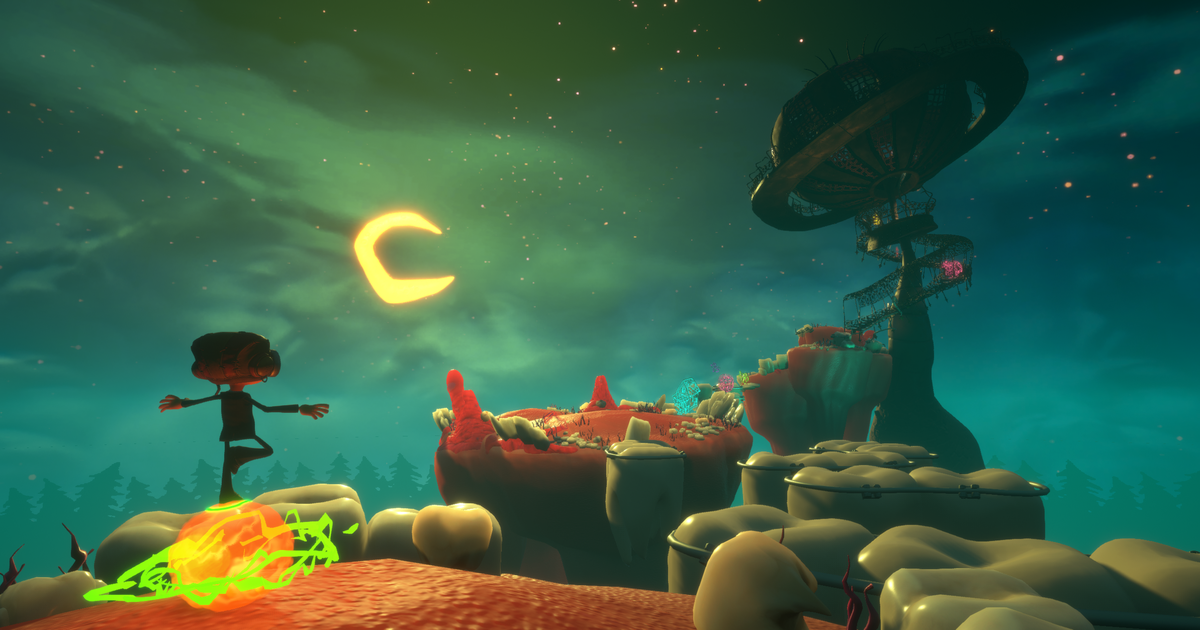 Creator Tim Schafer on returning to his cult classic.

mashable.com
You must log in or register to reply here.