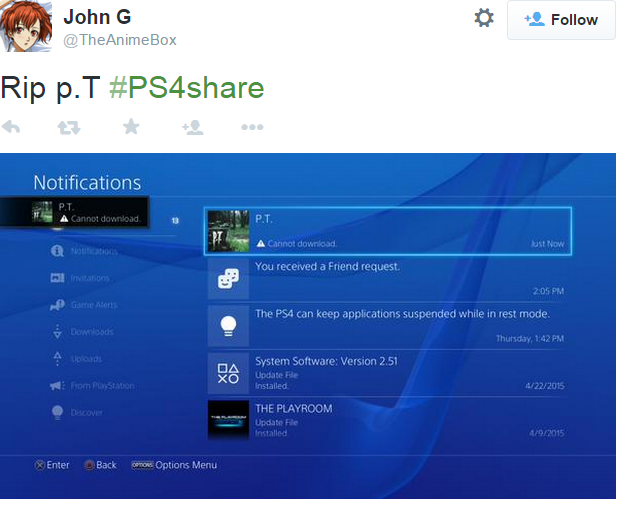 Guess you will need to pay 1000s of dollars on Ebay if you ever want to play the game!

Good thing I didn't delete it

Fuck. What the hell, Konami?
G

Still some conflicting reports on this, but I would expect the worst.
B

Why would Konami stop people from playing this?
R

I'm glad I re-download it a couple of weeks ago.
Y

What in the holy fuck, Konami.
W 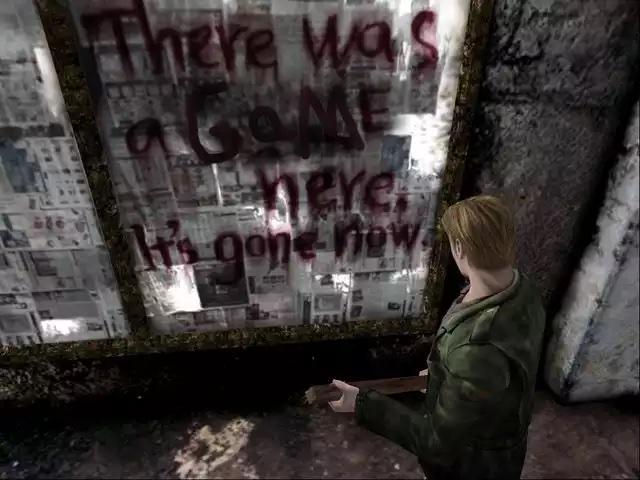 I feel sorry for anybody who likes horror and didn't get to experience this.

what the shit, konami?
F

the kojima hate is strong!
D 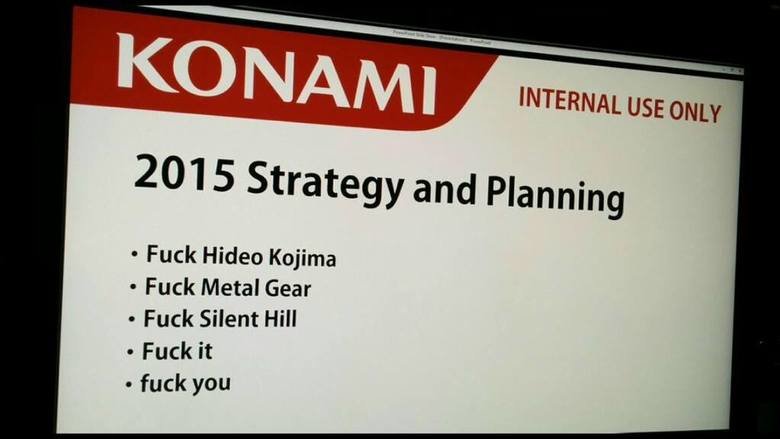 Welp, that's going to make future upgrades a bit of a pain. If only one could time travel with a future mega huge SSD to not worry about it... but then I guess many would do the same damn thing to get the demo in the first place.

Also makes Konami look like bigger asses, but then I guess when you're either exiting console/handheld games or at least greatly reducing the number put out it just doesn't matter how many bridges you burn down in the process with that base: you don't really NEED the people you won't have as customers anymore to also be happy with you. Though that can blow up spectacularly on you.
R

What the fuck are you doing Konami?
K

And I just downloaded it like 30 hours ago, wow.
H

This poor franchise is like a battered spouse at this point. It want's to do better, it just never can because it's evil spouse won't let it.
H

its a shame no new people will ever get a chance to play what is sadly the final version of SIlent Hills. thats your digital future btw, even tho you already own it you can't even download it... -_- thts why physical will always be where its at. Good thing I redownloaded PT incase this happened.
M


but seriously what the fuck konami? You went from one of my favorite devs to a piece of shit.
V

I had a feeling this would happen.... even though I don't think there was any prior precedent.
F

I have NO idea what Konami would gain by preventing people from downloading and playing this. Like it's not bad enough they've canceled the thing.
G

I can't remembered the last time there was a squandered opportunity that I had such an intense, physical reaction to. This fucking blows.
H

I deleted it since it really wasn't any good, but that kind of sucks. Would've liked to have it on my library as a rarity.

They'd rather not be measured by their high potential failures.

One of the best demos in recent memory, and now it's gone.
J

Ebay is going to explode.
E

Just tried, it says I cannot download. I'm from the US btw.

I really regret not downloading it... I assumed it'd be like all other games on your DL list, but I guess I was wrong.
J 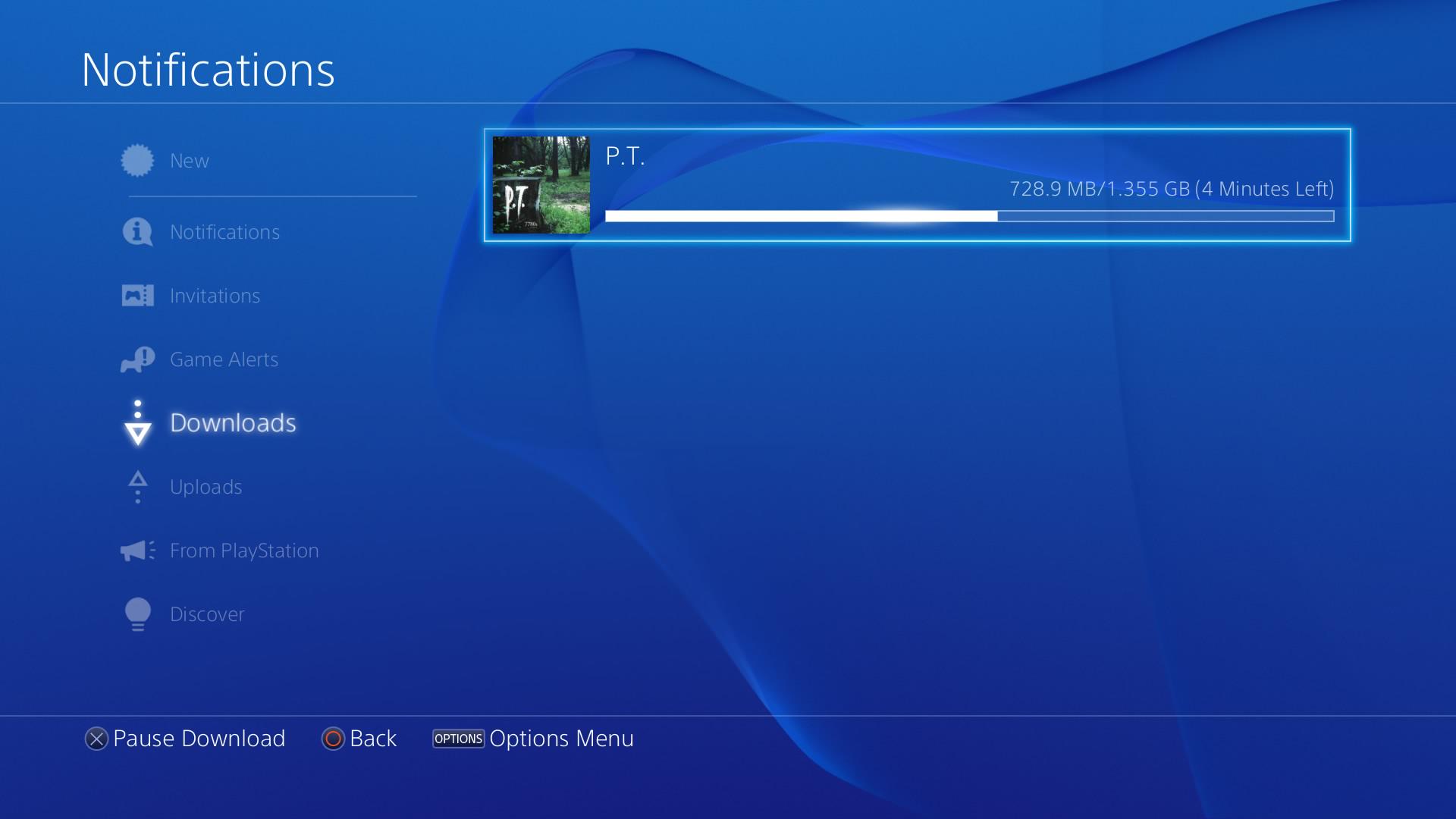 Fuck this shit. Fuck off, Konami. Here I was thinking I would be able to play P.T. when I eventually got a PS4. So much for that thanks to this shit.
G

Time to start another petition.
T

Ebay sellers are the only ones happy.
B

OMG at those who bought a PSN account with the game!!!

Damn that means if I upgrade my HDD, im gonna have to use Sony's backup thing which takes HOURS!!!
E

The glorious digital future everybody! The digital fucking future!
D

What a shame. guess i'll be keeping it on my PS4 until it kicks the bucket
M

Konami be like "Nothing to see here folks."
You must log in or register to reply here.

How to save a lot of money when buying digitales games on PSN.