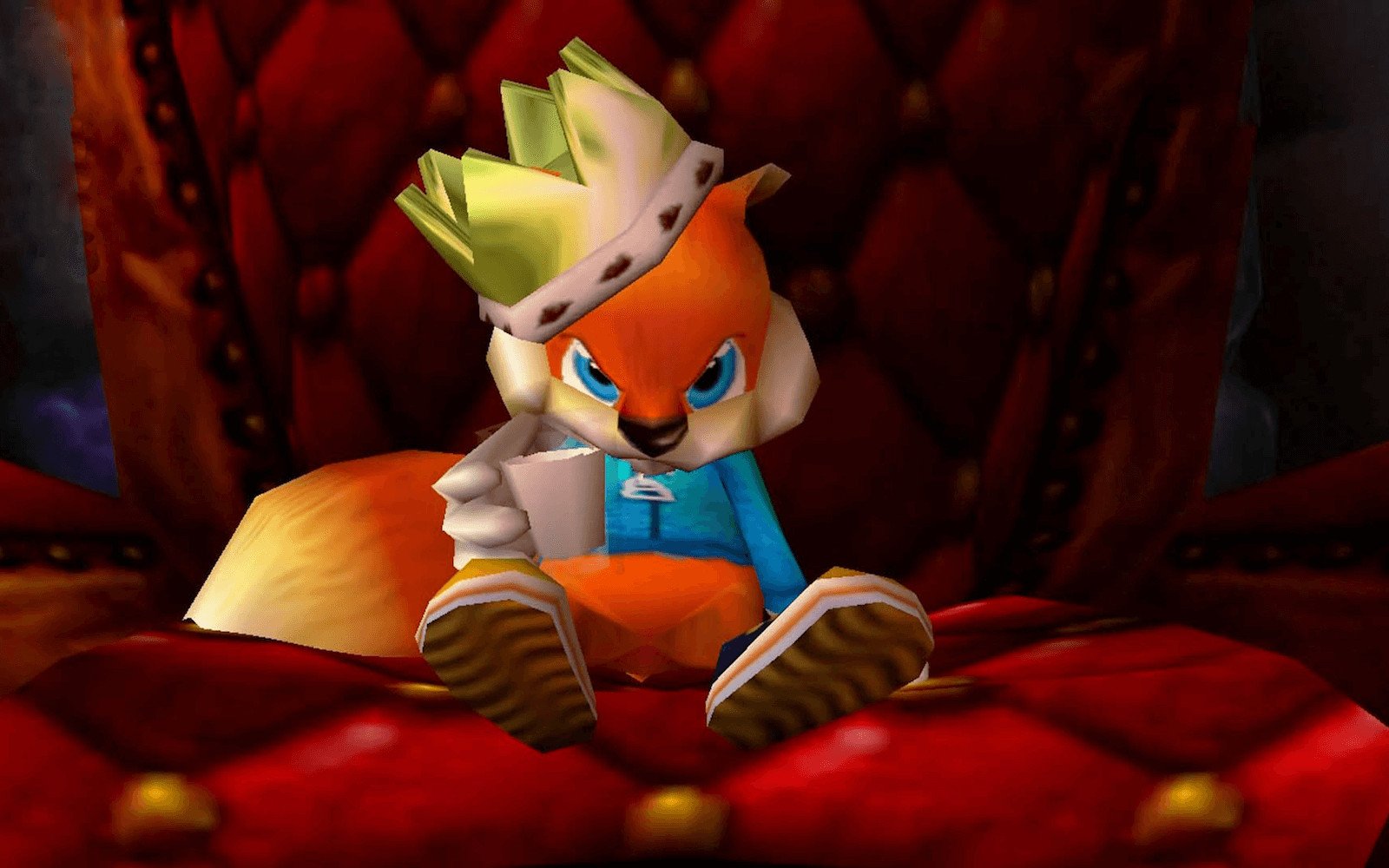 Seavor, who worked at Rare under both Nintendo and Microsoft for nearly two decades, told VGC that he feels Rare’s classic IPs are better placed on Nintendo platforms and that this is demonstrated by fan demand for Banjo and Kazooie’s Smash appearance.

“It is significant, very significant but it was also inevitable,” he said of the possibility that classic Rare IP could return to Nintendo platforms. “You only have to look at the reaction to Banjo’s appearing in Smash to see that this was purely a fan driven thing, and fans are if nothing else a noisy and belligerent bunch. I mean, it’s an abbreviation of ‘Fanatic’ after all.

“Whether they’ll be as loud about the other IP’s including Conker is up for debate… I’d say not likely.”

Seavor, whose latest title Rusty Pup recently released for iOS, agreed that the huge reaction to Banjo-Kazooie in Smash Bros. shows that Rare’s back catalogue is perhaps better placed with its former parent company.

“Yes of course they are,” he said. “I’ve always thought Microsoft made the right decision to acquire Rare, but for all the wrong reasons. That being, so no one else could have them.

“I’m being a bit facetious again (shock!), they also wanted to try and break into Japanese market which MS have had (and still does) little success breaking into the territory. In fact, it’s not a stretch to look at this Smash deal as some small steps towards this again.”

He added: “Who knows, Donkey Kong in Sea Of Thieves next ? Why not? But hey, Rare: Get Banjo and Conker in there first, please. And I don’t mean some crappy skins.”

Asked if he believed franchises such as Banjo-Kazooie and Conker would’ve been dormant had Rare stayed with Nintendo, Seavor said:

“Conker probably, definitely. Who can say what we have all missed out on over those 3 console generations with Nintendo? Best not to think on it too much, it’s depressing.”

Depressing is see those big Rare IPs rooting in Microsoft hands, waiting to be forgotten and throwed in the garbage, all for nothing . They should be in hands of anyone who at least would be willing to do something with them(and I'm not talking just about Nintendo). As fan myself of Banjo and Conker, its kinda sad.
Last edited: Aug 17, 2019

I foresee an "unprecedented partnership" where Microsoft retains ownership of the IPs and Nintendo more-or-less gets to do whatever they want with it. Throwing Retro on another Rare IP wouldn't be a bad idea. Intelligent Systems could do something with it, too.
Reactions: infinitys_7th

DunDunDunpachi said:
I foresee an "unprecedented partnership" where Microsoft retains ownership of the IPs and Nintendo more-or-less gets to do whatever they want with it. Throwing Retro on another Rare IP wouldn't be a bad idea. Intelligent Systems could do something with it, too.
Click to expand...

It would be a good step towards companies realizing that how they treat entertainment IPs is, bluntly, retarded, like most PR-driven policies.

Why pay millions to pay IPs and just shelve them, when there are plenty of talented devs (hell, even hobbyists, like with AM2R) who can make those IPs generate money at little risk? If they make a flub, give it to someone else and try again. It is pretty easy to tell when a use of IP will actually damage a brand (glitchy, unplayable) vs just being average or good.
Reactions: DunDunDunpachi
You must log in or register to reply here.

Phil Spencer Says the Future of Banjo-Kazooie Is Up to Rare. Rare the the witch is in your court