Rashid was announced at Games15 over in Dubai. Here's his trailer. And here's Rashid's moveset (thanks CountBlackule for finding this). 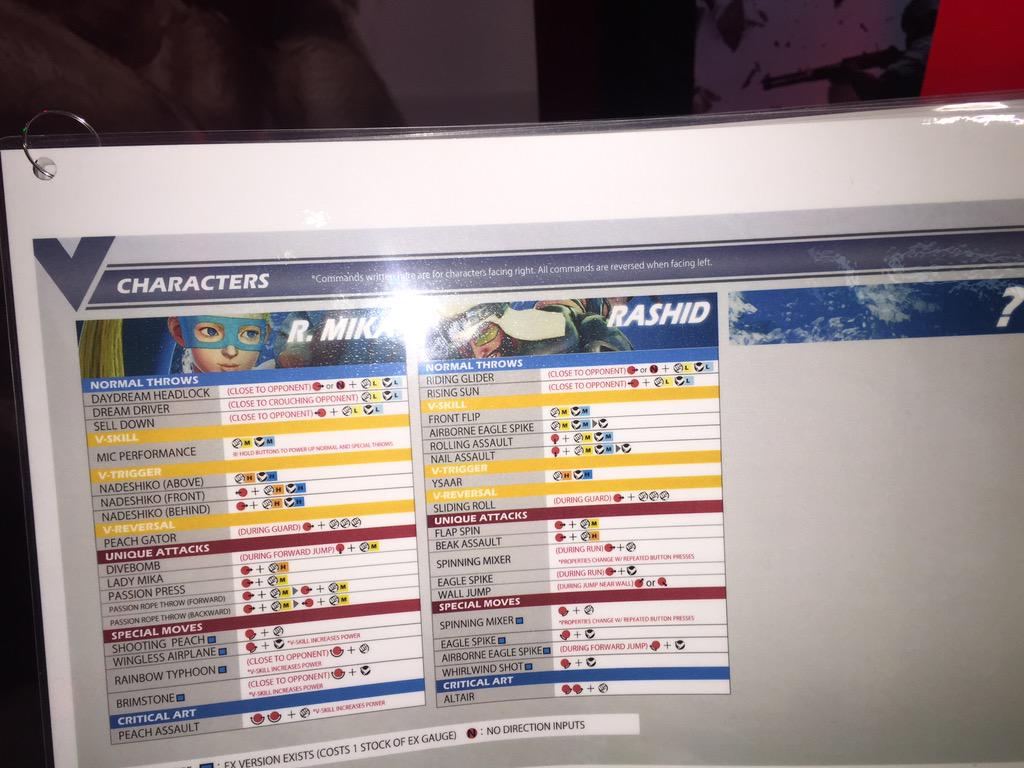 Hants also gave more info on Rashid over at Capcom-Unity.

Hey everyone, I&#8217;d like to introduce the second all-new character to Street Fighter V: Rashid!

This character was announced by Ono-san at the Games 15 event in Dubai, and we have all of the details to share with you now.

Hailing from the Middle East, Rashid is a fun, easy going individual who has an affinity for technology. Although his fighting style is casual, it&#8217;s anything but laid back! Using the power of wind, Rashid is definitely one of the more difficult characters to catch.

Rashid performs a high flying flip over the opponent. Pressing kick during the Front Flip results in Rashid performing a divekick.

Rashid closes the gap between himself and the opponent with a quick front roll. Pressing kick during Rolling Assault results in Rashid kicking upward at the opponent.

Rashid throws out a slow moving whirlwind that closes in on the opponent and causes damage to them if they touch it. While the whirlwind is out, Rashid can use it to increase his movement on any attack that propels him forward.
Click to expand... 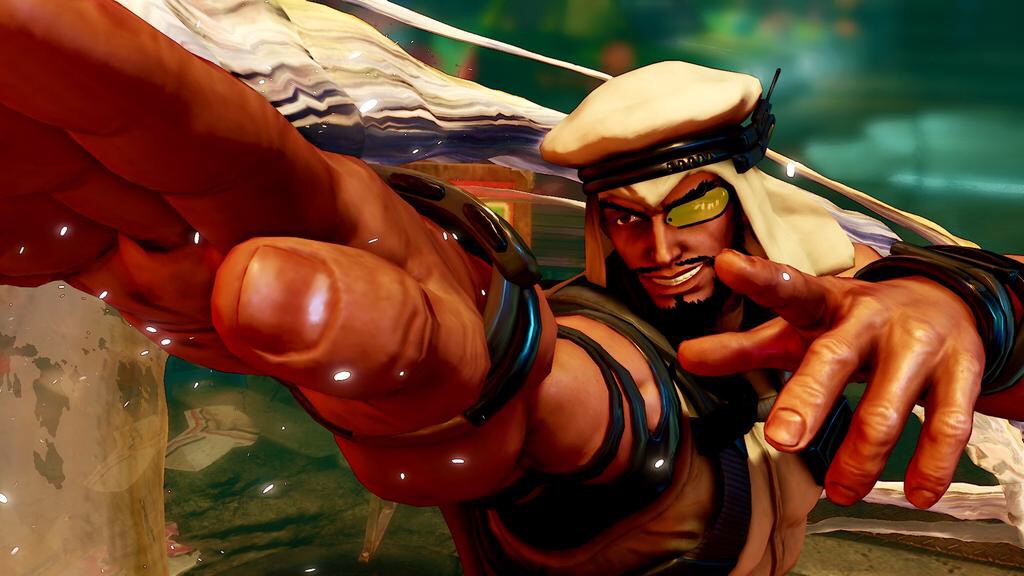 In case all of that wasn't enough, here's some gameplay.
L

Never heard of this character.
K

So the leaks were mostly on point then.

Wake me up when they confirm Urien and Alex.
N

An Arabic newcomer whose gimmick is controlling wind (mainly in the form of tornados).
S

New character, name was part of the biggest rumor (so it kind of confirms it)

Edit: or not, was there another new character for sfv?
S

OverdriveOtaku said:
Never heard of this character.
Click to expand...

New character. Edit: Neoxon beat me with a better explanation.
U

does this mean that leak list is true? Rashids a new character isn't he?

I also have a friend named rashid. Great to see him in SFV!

Looks cool, but that periscope stream left a lot to be desired looking forward to a hq trailer.
N

Could have at least captured a pic op.


Edit: Oh, someone got a pic and video. Wonder when gamersyde will upload the trailer.
N

Kain said:
So the leaks were mostly on point then.

Wake me up when they confirm Urien and Alex.
Click to expand...

This confirms Ken Bogard's rumor (so Zen & Laura are coming). This doesn't confirm the Siliconera leak (the one with Karin, Alex, & Urien), though it does have some bearing since it leaked Rainbow Mika.
J

FYI both Rachid and Rashid are correct, Ken Bogard being French though wrote the name with a c :3

Come on Laura and Zen!
D

Jimmyfenix said:
Excited that both tekken and sf are bringing the middle eastern market in to their games
Click to expand...

My uncle Rashid is confirmed for SFV?
S


Tuned in halfway through the reveal on periscope and it looks kinda like akuma for abit, lol.

Well, looks like Ken Bogard was fucking wrong. He spelled it Rachid. Can we all stop quoting his leaked roster now and acting like it's truth?
K


Neoxon said:
This confirms Ken Bogard's rumor (so Zen & Laura are coming). This doesn't confirm the Siliconera leak (the one with Karin, Alex, & Urien), though it does have some bearing since it leaked Rainbow Mika.
Click to expand...

Oh, I thought it was all the same leak. Cautiously optimistic for Alex & Urien then.
N

His tornado absorb Ryu's regular hadoken and stayed in place.

Looks really cool. Finally Street Fighter got a muslim/arab character. I remember that HKM (one of the first Street Fighter 1 rip-offs) already had one, and even Tekken had its own
M

Waiting for HD everything.
K

Also I think he looks better than the tekken character

Finally. We have had a lack of Middle Eastern characters in games for too long.
N

GorillaJu said:
Well, looks like Ken Bogard was fucking wrong. He spelled it Rachid. Can we all stop quoting his leaked roster now and acting like it's truth?
Click to expand...

Most of us pointed out his misspelling of the name Rashid (myself included). It was due to the French translation. If anything, this confirms everything that he's been saying. So now we have Zen, Laura, & a robust story mode to look forward to.
E

an arabic character revealed on 9/11?

What's on his left eye?
J

Tekken and sf4 getting arab characters for the arab market. I'm glad, it's about time gaming got bigger in the arab world
H

Ah, he looks pretty cool! Need some better pics but I'm digging his design so far. Love the wind based attacks too.
D

I was honestly doubting Ken seeing as he never named Necalli directly, but here's the proof. Oh me of little faith.

Is Rashid wearing an eyepatch? Super sick if he is. Adds a little visual flair so he's not just "middle eastern dude" like Shaheen.
C

Neoxon said:
An Arabic newcomer whose gimmick is controlling wind (mainly in the form of tornados).
Click to expand...

This and the Mario revelation are too much for me.

I'm curious about that as well. Scouter?
P

Bruh you srs
You must log in or register to reply here.