Re:ZERO -Starting Life in Another World: The Prophecy of the Throne Gets New Trailer, Release Date, Artwork, and More

Re:ZERO -Starting Life in Another World: The Prophecy of the Throne Gets New Trailer, Release Date, Artwork, and More

Re:Zero – Starting Life in Another World: The Prophecy of the Throne gets new trailer, artwork, screenshots, and information on the upcoming visual novel.

Re:Zero – Starting Life in Another World: The Prophecy of the Throne received a brand new trailer showcasing more of the story as well as the objective of the game itself. Re:Zero is a tactical adventure and visual novel utilizing protagonist Subaru’s “Return by Death” ability, a key element much like in the original works:

New information, character art, and screenshots have also been released and can be seen below:

Melty Pristis – A nun of the Transcendent Dragon Church, which worships the Holy Dragon, and the sixth royal candidate of the Kingdom of Lugunica. Polite, respectful, and humble, those who encounter her tend to be stricken with a desire to protect her. She takes on any challenge with her utmost effort, but she can be a bit of an airhead and often makes careless blunders: 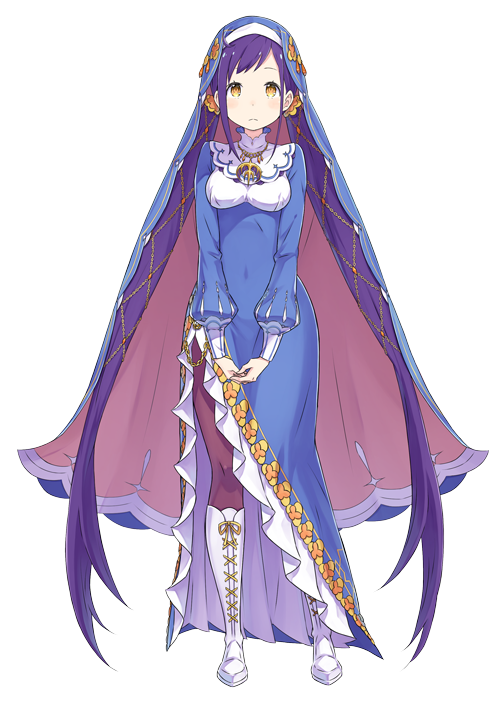 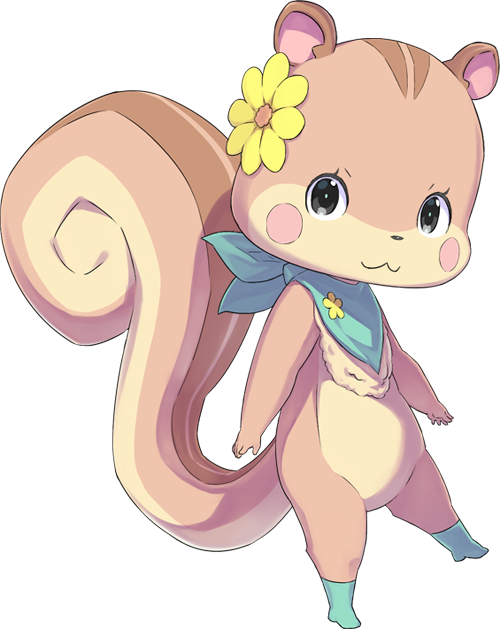 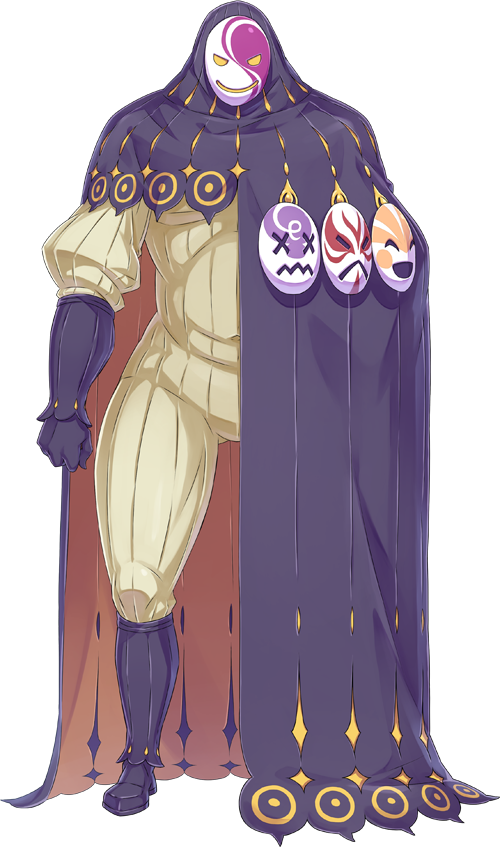 Some brand gameplay details and screenshots have also released, which can be viewed below. Progress through the story mainly through conversations. During the Movement Part you take control of Subaru to speak with characters, check out points on the map, and gather items and information. Obtaining useful items and intel is key to completing missions successfully.

In the Briefing, devise plans with allies to decide how to proceed through upcoming missions. Subaru can propose opinions based on any items and information that have been gathered to affect the actions of his allies.

And in the Mission, take action to resolve conflicts standing in the way of Subaru and his friends. Players can only control Subaru, and his allies move independently based on the decisions made during Briefings. 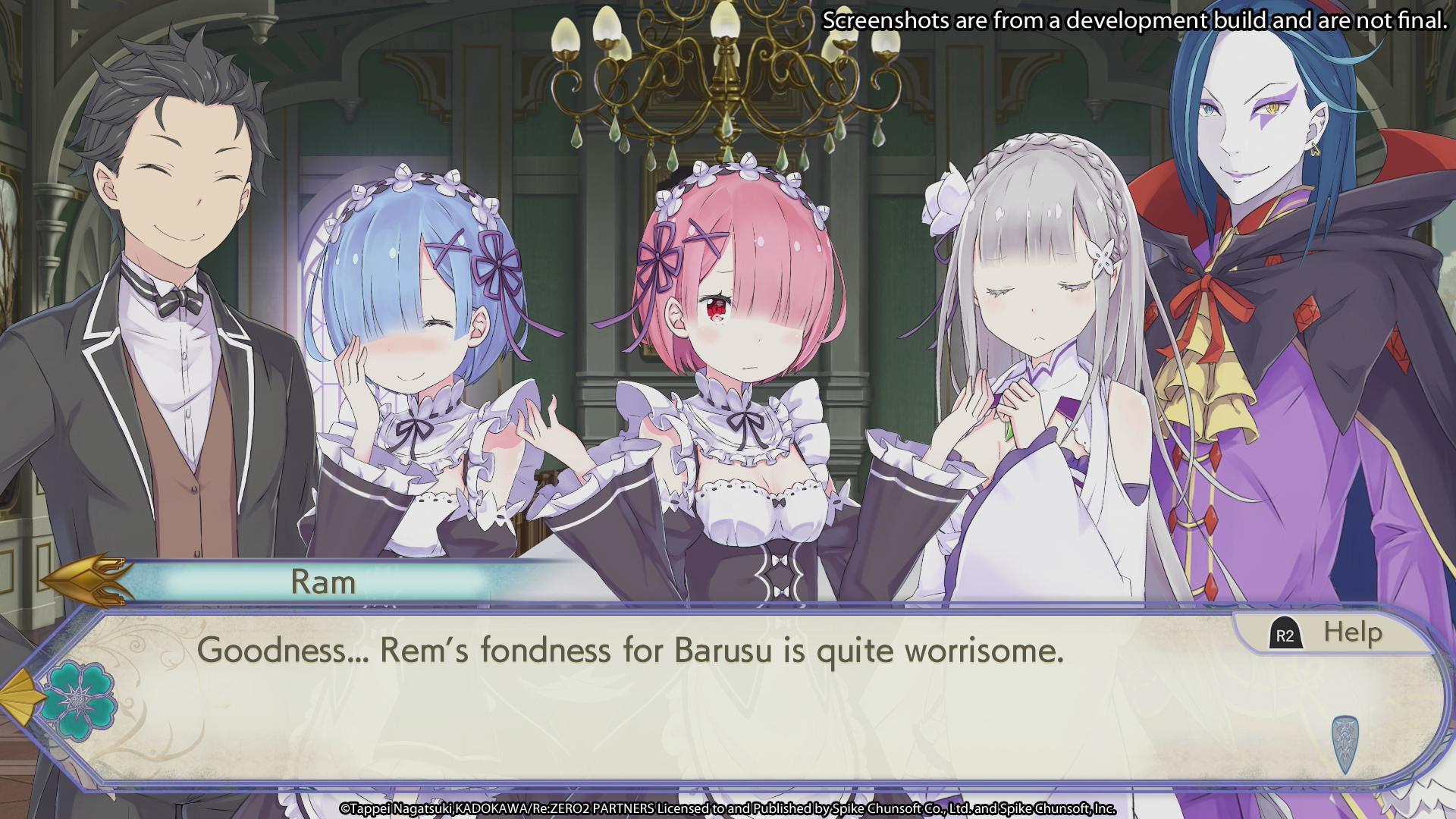 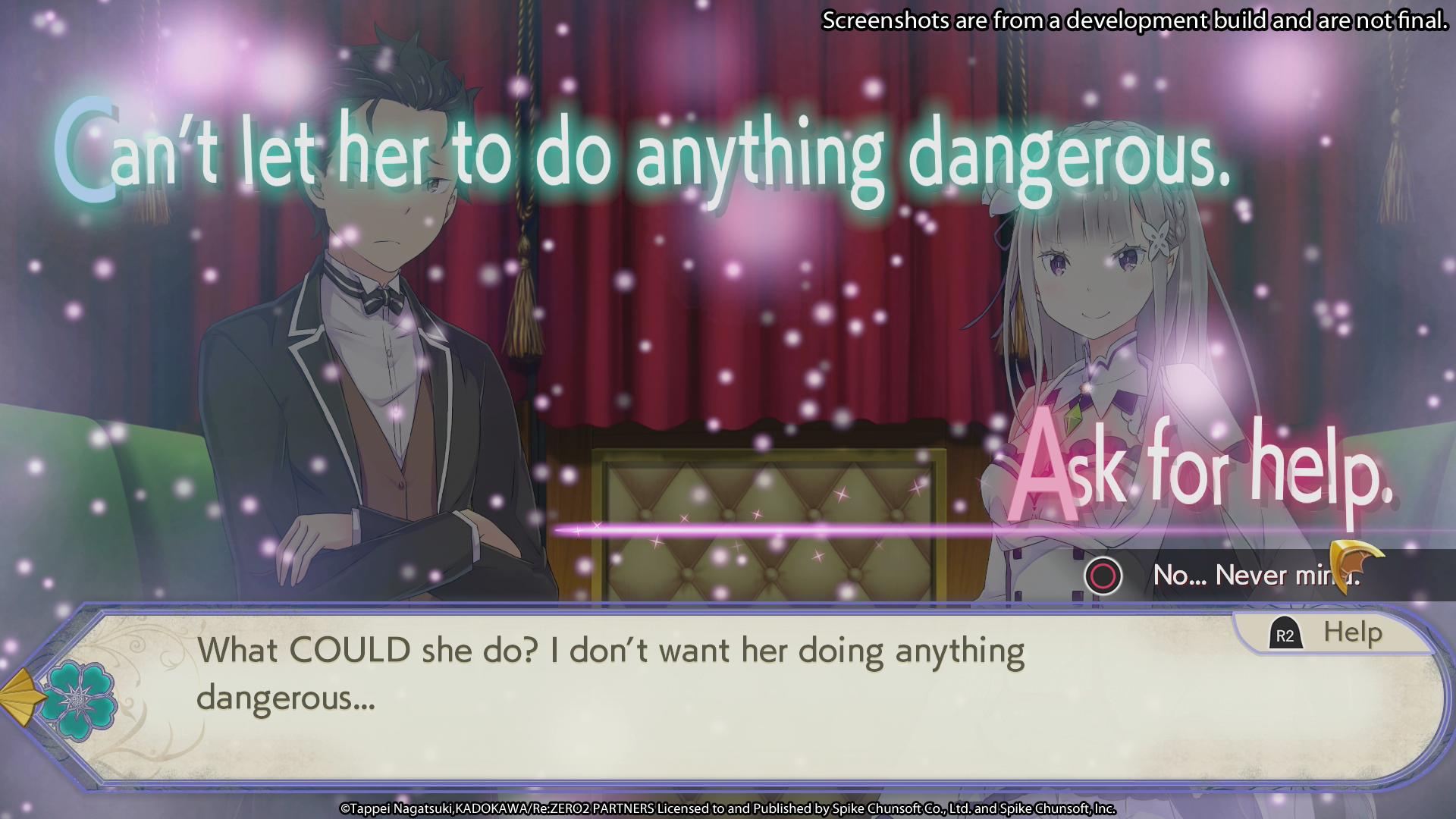 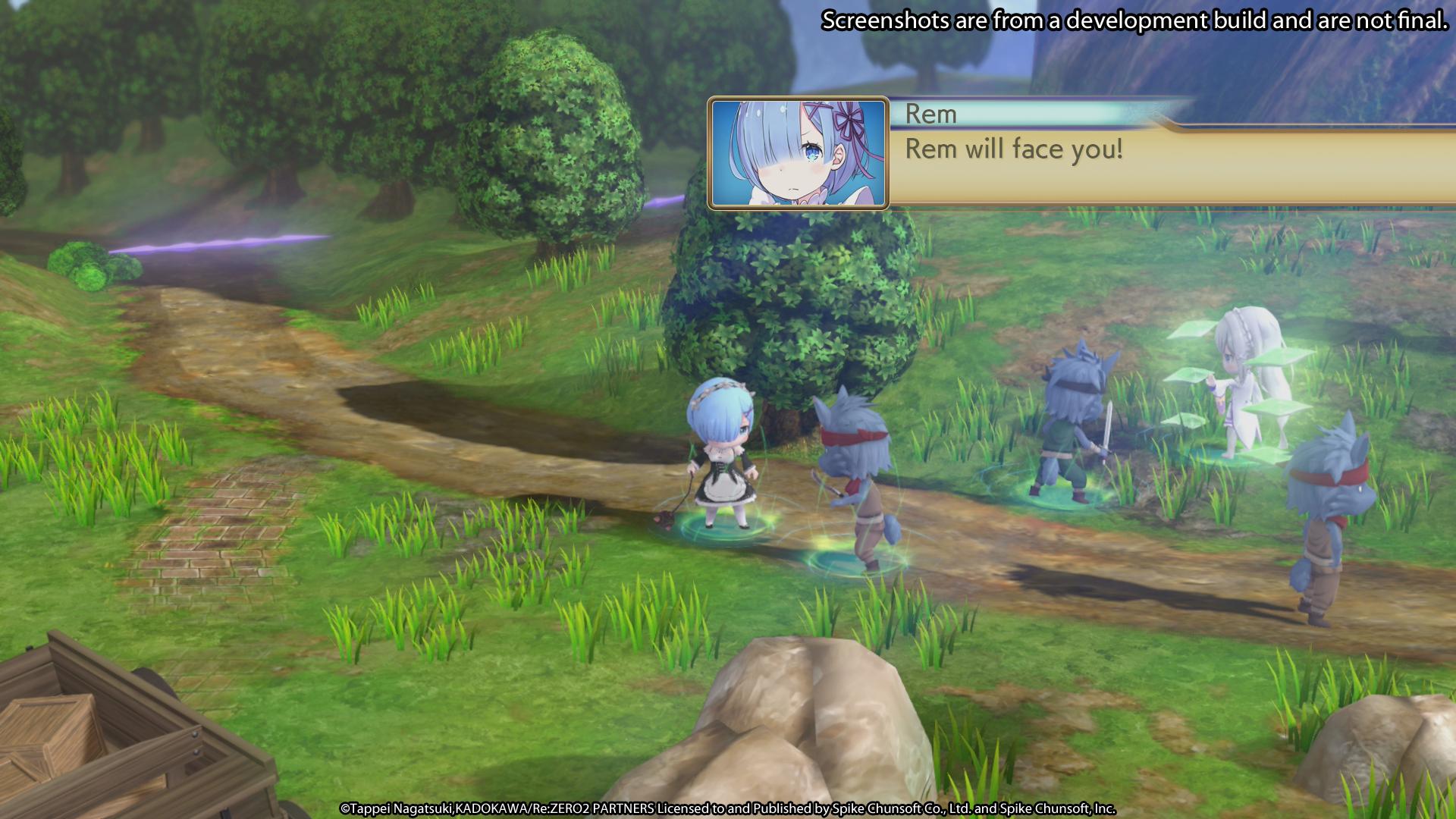 The Re:Zero – Starting Life in Another World anime English dub cast will return to reprise their roles. English voices will be available as a Day One patch for the North American and European versions. 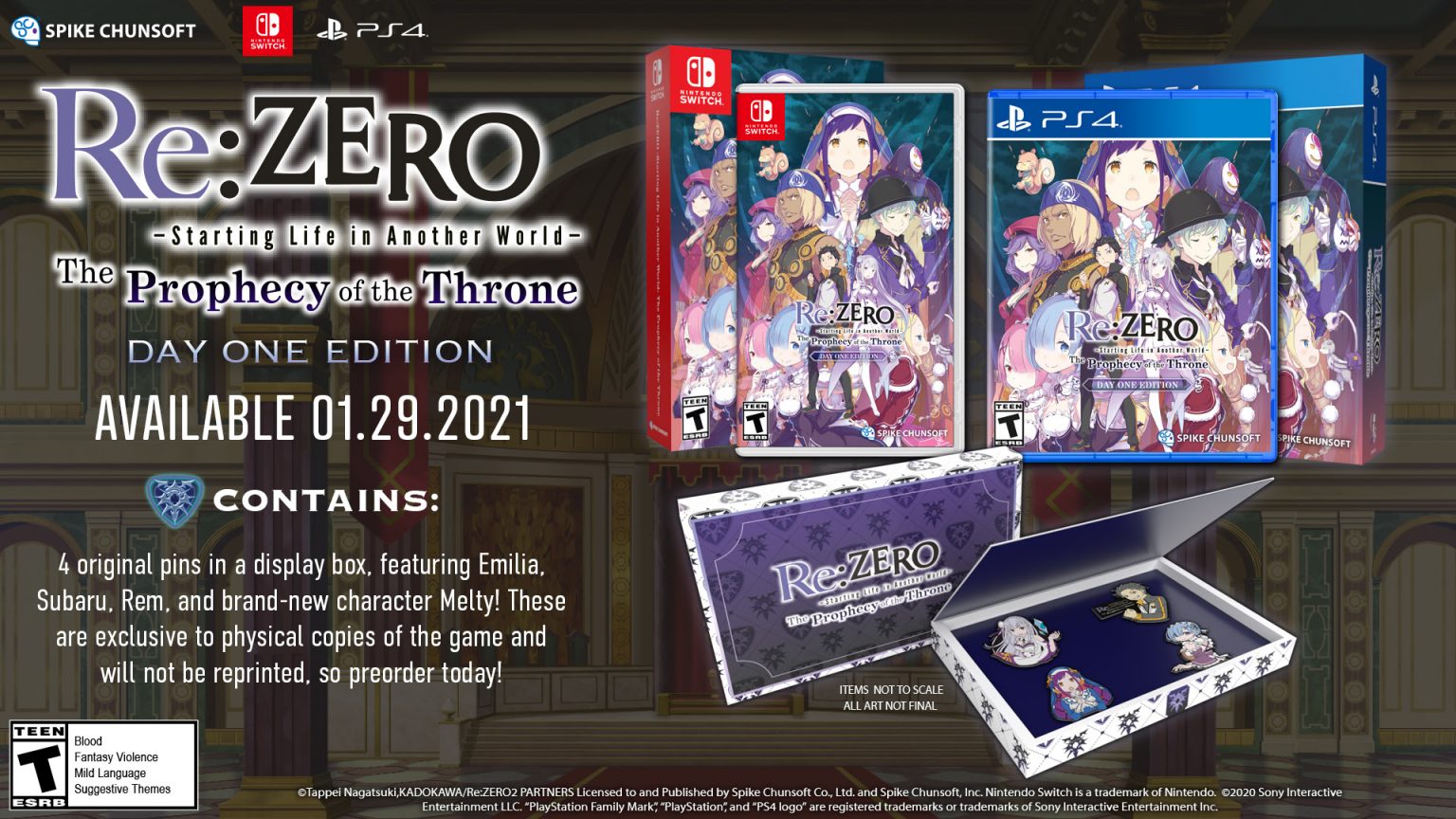 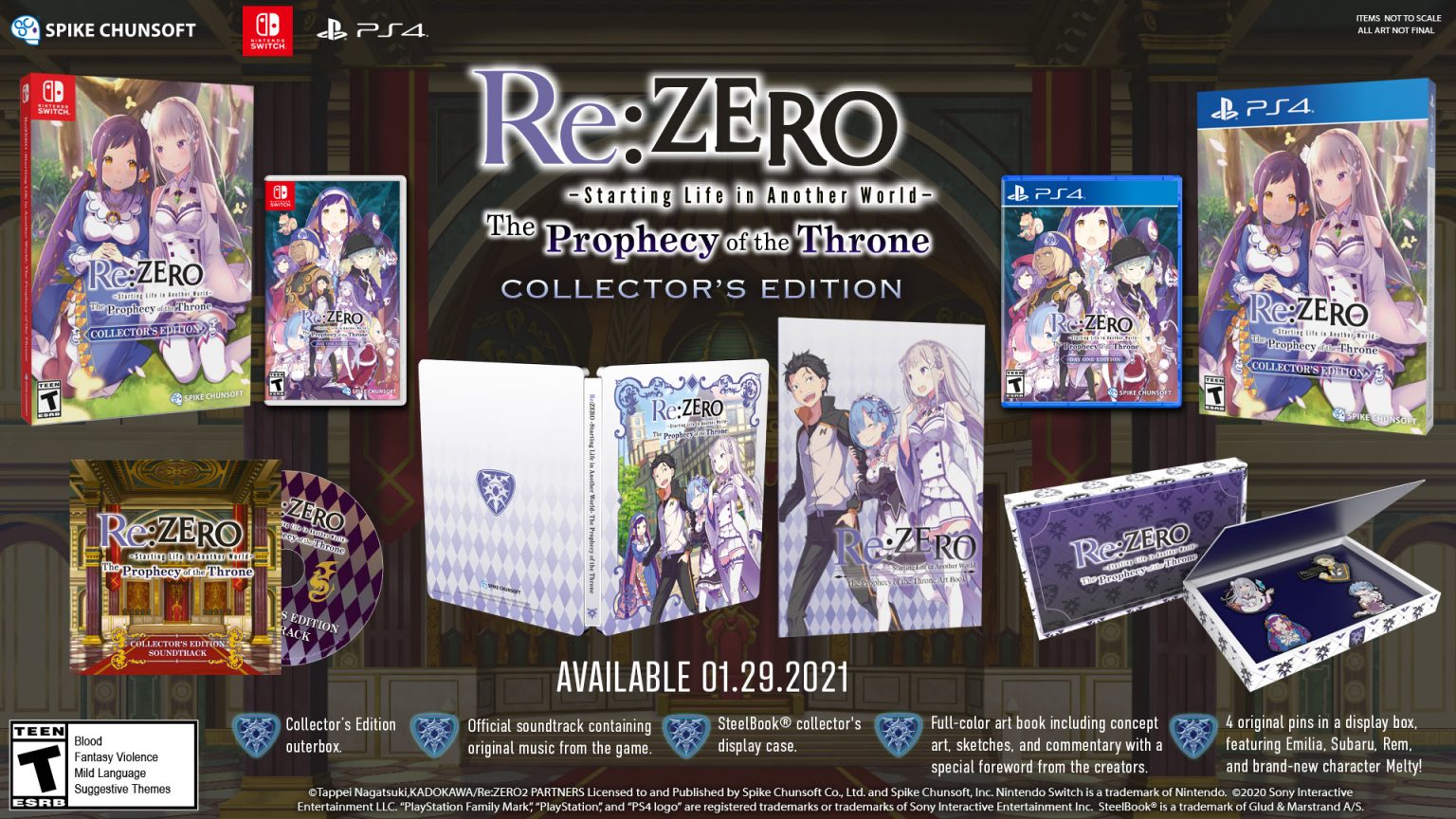 More screenshots and the game’s first story details have been previously shared by Spike Chunsoft. The game was announced in the west slightly after the Japanese reveal. Re:Zero – Starting Life in Another World: The Prophecy of the Throne launches January 29th, 2021 for North America and February 5th, 2021 for Europe on PS4, Nintendo Switch, and PC. It’s published by Spike Chunsoft and developed by Chime Corporation.

Looks interesting. I hope that the story is good.

Dang, that's a nice work OP.
You must log in or register to reply here.