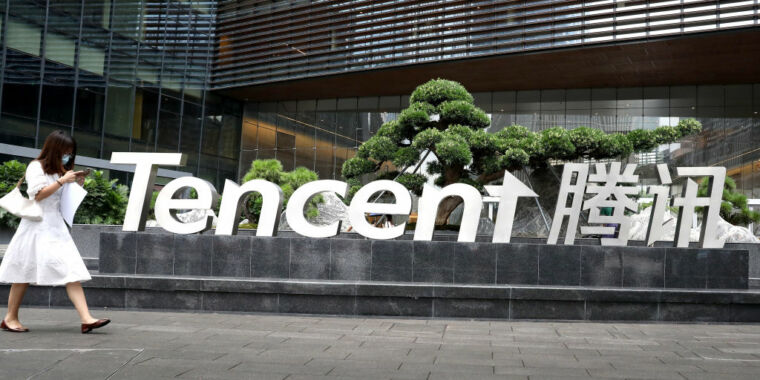 The US government is reportedly scrutinizing Chinese tech giant Tencent and the US gaming companies in which it has an investment interest. Bloomberg reports that the Treasury Department's Committee on Foreign Investment in the US (CFIUS) has asked companies including Epic Games and Riot Games to answer questions about their data-security standards, according to "people familiar with the matter."

CFIUS has the authority to examine foreign investment in US companies when those investments could have an impact on national security. Historically, that has often meant examining foreign access to US natural resources or military secrets. More recently, though, CFIUS has taken an expanded interest in potential foreign access to US customer data.

“When you’re talking about massive amounts of data, there’s probably something for the committee to look at,” former Treasury Department Deputy Assistant Secretary for Investment Security Aimen Mir told Bloomberg yesterday. “The question then becomes is the risk high enough that it actually warrants forcing deals apart?”

CFIUS' investigation comes amid the Trump administration's moves against Chinese social media apps TikTok and WeChat, the latter of which is owned by Tencent. After signing an executive order banning both apps in August, Trump has demanded they be removed from US App Stores this weekend. TikTok owner ByteDance is currently seeking an investment with Oracle to possibly avoid these sanctions.

Representatives for Epic and Riot were not immediately available to respond to a request for comment from Ars Technica.
Many fingers in many gaming pies

Originally focused on licensing Western games for the Chinese market, Tencent has slowly increased its investment in non-Chinese companies over the years. The company has owned 93 percent of League of Legends developer Riot Games since 2011 (and 100 percent since 2015) and 40 percent of Epic Games since 2012. The conglomerate also owns majority shares in Clash of Clans developer Supercell and Path of Exile developer Grinding Gear Games, as well as smaller shares in companies including Ubisoft, Activision Blizzard, Funcom, Discord, and PlayerUnknown's Battlegrounds maker Bluehole.

These ownership stakes have occasionally aroused suspicions among some conspiracy-minded gamers, who worry that the Chinese government is collecting their gaming information or spying on their computers via Tencent's influence on these companies.

"Epic does not share user data with Tencent or any other company," Epic CEO and co-founder Tim Sweeney said in response to such concerns in a December 2018 Reddit thread. "We don’t share it, sell it, or broker access to it for advertising like so many other companies do. I’m the founder and controlling shareholder of Epic and would never allow this to happen."

"Tencent is a significant, but minority shareholder in Epic," Sweeney added in another Reddit thread months later. "I'm the controlling shareholder of Epic... The decisions Epic makes are ultimately my decisions, made here in North Carolina based on my beliefs as a game developer about what the game industry needs!"

Last year, Riot Games urged its League of Legends esports broadcasters to not include “personal views on sensitive topics (political, religious or otherwise)” in their broadcasts. A spokesperson for the company told the LA Times at the time that the longstanding policy was worth repeating “in light of the ongoing situation in Hong Kong and the current global political environment.”
Reactions: Starhowl and Devilich

Security theater. Meanwhile FB, Twitter, and Gmail know more about you than your birth parents.
Reactions: Closer and Herr Edgy

Is this still a thing?
Reactions: CamHostage
You must log in or register to reply here.