SkylineRKR said:
We started with 500 and upgraded to 1200. We did use Sega pads next to sticks and it could be true about the bug. I don't remember tbh. Playing SoR on my friends MD actually felt awkward to me because of 3 buttons, lol. I also had huge difficulty with the damn Pizza button setup of the local SF2 cab at first. Worst cabs ever.

woodypop said:
^Now that's a post I can get behind.

<3<3<3 Forgotten Worlds!
Click to expand...
Footage of a real Forgotten World's machine, with rotary controls, although the coin-op mechanism will not credit.

Click to expand...
had a rad new mode in it, which was great for just a Sega reprogramming.
B

Capcom also didn't do anything for SF2 on PC and Amiga. US Gold got the license but didn't get anything else. They had to create the game from scratch, probably with an arcade machine running in the office to look at. Which resulted in the fucking worst game of all time (SF2 on Amiga).
Click to expand...
Yeah, that was a pretty common method of porting arcade licences back then. I remember reading about some arcade game which was too difficult for the devs to complete, so they had to make up their own ending for it.

driver116 said:
Yeah, I didn't like this about Nintendo when I found out about it.
Click to expand...
Yeah they were pricks the likes of which hasn't been seen before or since.

It's could explain why many folk feel no sympathy for their current plight. Nintendo had no problem simply "ending" mofos back in the 80's.
P

Krejlooc said:
They also inspired a similar line of games from Hudson Soft and NEC for it's PC Engine based around many of the same games, including: 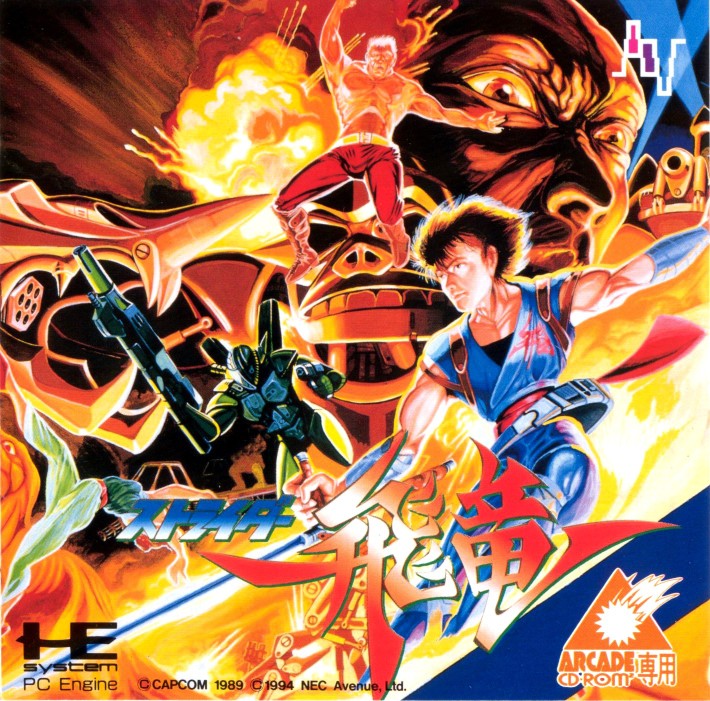 Which is an incredibly disappointing port, especially surrounding its circumstances (super grafx -> PC Engine Duo -> Arcade Card). But they made up for it with Daimakaimura, which shits all over Sega's conversion on the Genesis. Forgotten Worlds is also one of these games, although the conversions were roughly equal.

Capcom's first internally developed game for Sega's console was Street Fighter II' - originally, Capcom had entered into deals with NEC Avenue and Sega to license the game for them to produce ala Daimakaimura. NEC Avenue actually did produce and release their version of Street Fighter II' (which is awesome for the system) but, while Sega had developed a version for the Genesis, Capcom came in midway through and dramatically changed development.
Click to expand...
Interesting. I played yesterday the PC Engine Daimakaimura for the first time (it's free right now on JP PS Plus). I was expecting an 8-bit-like Ghouls and Ghosts, but the game is awesome. It's more like the SNES version.

And I also played Mega-Twins, and the PC Engine version is awful, the Megadrive version is much more arcade-like (although single-player only).

Was this also reprogrammed by Sega, or is it from Capcom?

Wonko_C said:
What was the reasoning behind this? Why did SEGA themselves do the conversions instead of their respective owners? It also makes me wonder if companies like Capcom themselves ported Strider to the Genesis would it have ended up better or worse than what we got. One thing is for sure: Multiplatform was much more interesting in those days.
Click to expand...
Nintendo had an exclusive publishing clause for NES developers that carried over into the 16-bit eara for a while. So Capcom was effectively locked out of directly developing for the Genesis.

Sega licensed the games from Capcom and programmed the Genesis versions from there.

Piccoro said:
Interesting. I played yesterday the PC Engine Daimakaimura for the first time (it's free right now on JP PS Plus). I was expecting an 8-bit-like Ghouls and Ghosts, but the game is awesome. It's more like the SNES version.

And I also played Mega-Twins, and the PC Engine version is awful, the Megadrive version is much more arcade-like (although single-player only).

Was this also reprogrammed by Sega, or is it from Capcom?
Click to expand... 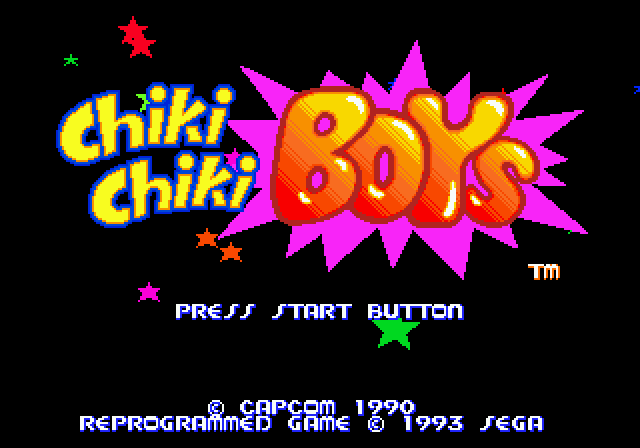 https://www.youtube.com/watch?v=NMALEiHwoZo
Click to expand...
The Commodore 64 port looks pretty good, though the PC Engine CD version seems the best of the bunch. Dat music. The Genesis port was solid though for an early Genesis title, it could've looked/ sounded a little better but the gameplay was rock solid and very faithfull to the arcade version.
C

MrCunningham said:
Nope. Nintendo had a monopoly on third party developers back in the 8-bit and early 16-bit days. Third party developers that signed a contract with Nintendo were prohibited from developing games for competing consoles like the Sega Master System or the Sega Genesis/ Sega Mega Drive early in its lifecycle.
Click to expand...
That was true only for US.
Third-party were skeptical about Mega Drive at first, with the exception of Namco which had a brake up with Nintendo. The first software I got for my A500 back in the days, reprogrammed by U.S. Gold.

Celine said:
That was true only for US.
Third-party were skeptical about Mega Drive at first, with the exception of Namco which had a brake up with Nintendo.
Click to expand...
That would explain why Namco as one of the few large Japanese publishers on the Mega Drive/ Genesis early on. I remeber liking Burning Force a lot back in the day. I guess it also didn't help things when the PC Engine was selling more systems in Japan than any of Sega's consoles were at that point in time

But yeah, In Nintendo of America had third parties lock down in contracts, and i could imagine that otther regions might have used similar tactics. Though from what I understand with Japan, third parties were afraid to make games for competing consoles, because they didn't want to do anything that could ruin relations with Nintendo.
You must log in or register to reply here.
Share:
Facebook Twitter Reddit Email Link
Top Bottom