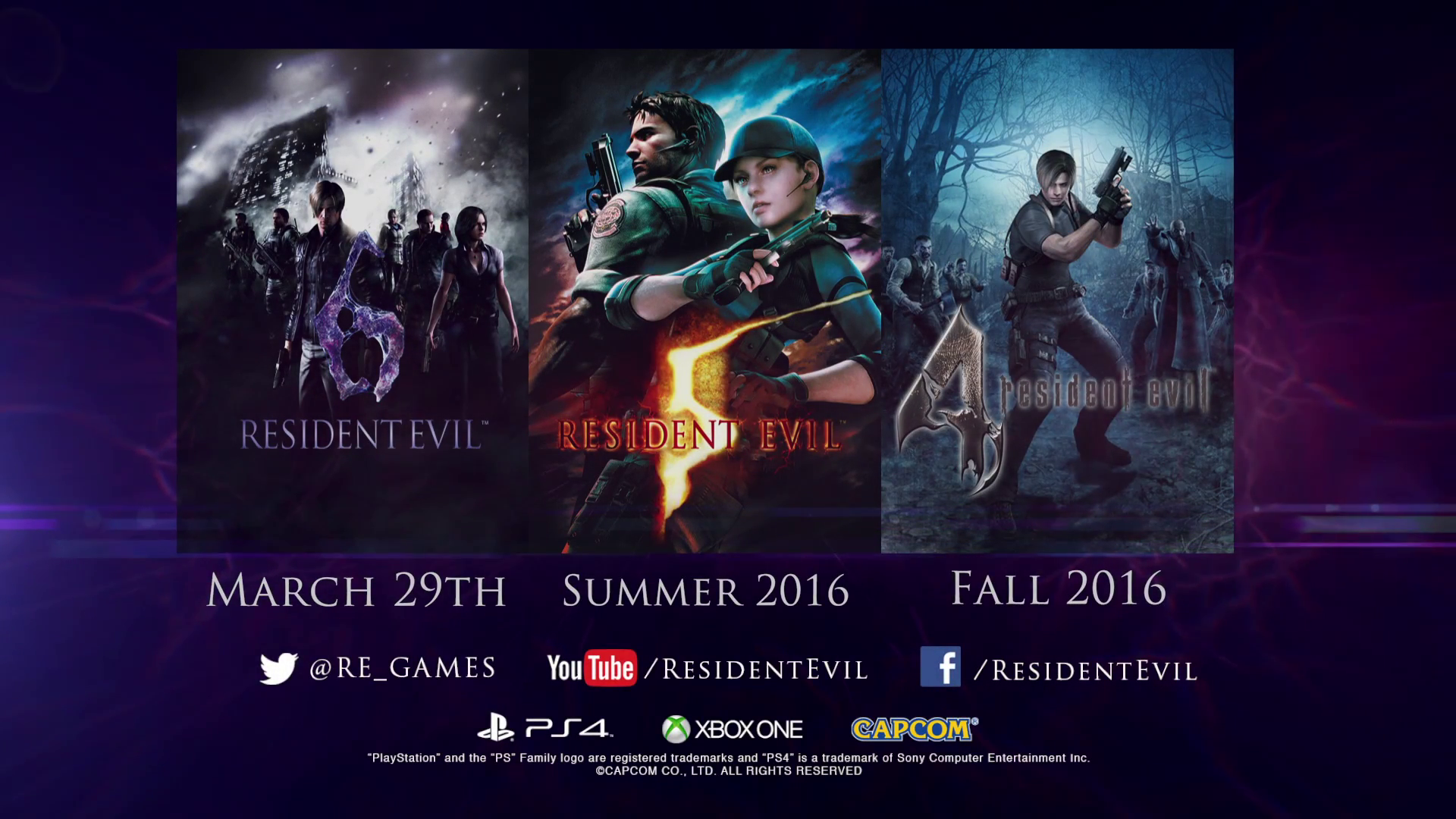 Play as Leon S. Kennedy in Resident Evil 4 as he battles a multitude of threats to rescue the U.S. President&#8217;s daughter. Jump into Resident Evil 5 solo or co-op as Chris Redfield and Sheva Alomar as they join forces to solve the truth behind a new outbreak. Experience Resident Evil 6 with a full roster of new and returning characters, as they combat the C-Virus as it threatens humanity on a global scale.
Click to expand...
https://www.youtube.com/watch?v=GsHC2tb7l64

Finally some RE5 love.
J

RE4 has to be the most ported modern game of all time at this point.
B

Wow, wasn't expecting them to do all three together. 6 and 4 were a given but 5 is a surprise
Z 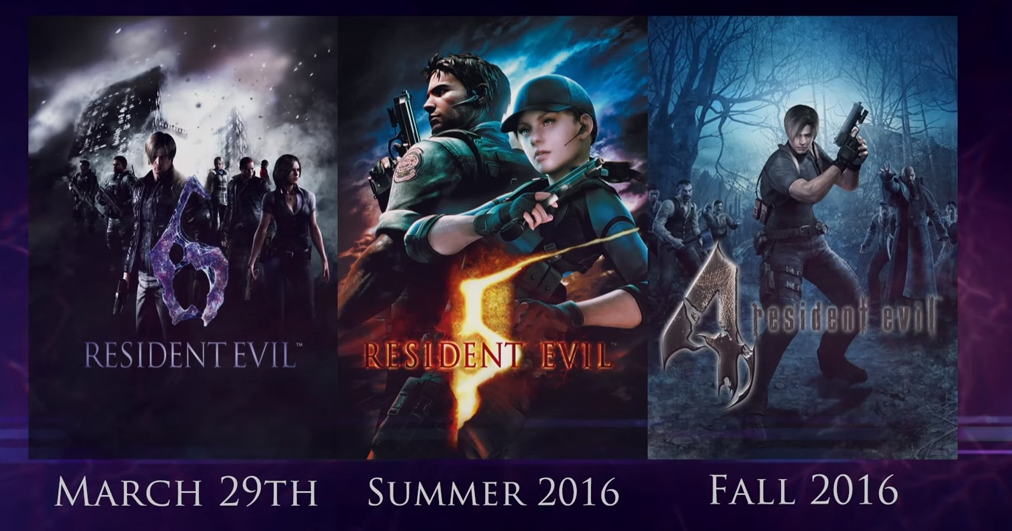 Welcome home, Resident Evil 4. There is always a place for you here. <3
J

Whoa, I'll finally have a way to play RE4!
D


Hoping that RE6 isn't as bad people say.

Jotamide said:
RE4 has to be the most ported modern game of all time at this point.
Click to expand...
As it should be.
H

I keep thinking I need to try Resident Evil 6 again one of these days, then I remember it's like 50 hours long...

I'm always up for re-buying RE4 for the billionth time, though!
A

Please tell me I can buy them separately.
L

Hmm different dates for all 3.
H

Never played through RE4 and I've heard so many good things.
C

They should release retail versions, but knowing Capcom they won't.
K

In for 6 and 4
Click to expand...
huh? That release schedule makes no sense.
B

JBourne said:
Whoa, I'll finally have a way to play RE4!
Click to expand...
Oh man, I envy you.
E


looks like ill be earning that chicago typewriter again


EDIT: oh theyre releasing them seperatly? i thought this was a all in 1 collection
E

Jotamide said:
RE4 has to be the most ported modern game of all time at this point.
Click to expand...
I don't know if you can classify an 11 year old game as modern, but yea it's been ported to everything.
M

Hm, I never played a RE game. Maybe I should give 4 a try.
S

Another RE4 remaster lmao. The game that refused to die.

hydrophilic attack said:
Hm, I never played a RE game. Maybe I should give 4 a try.
Click to expand...
Play 5 then 4. You might be disappointed with 5 otherwise.

KingBroly said:
huh? That release schedule makes no sense.
Click to expand...
Starting with the worst and ending with the best? Makes plenty sense.
S

I'm am fucking on board the Resident Evil wagon again.
K

Holy shit I dreamnt about this last night. I'm in, so in.

Gonna wait for the eventual physical bundle though. But this has to mean an RE7 announcement is around the corner.
M

GO AWAY CRAPCOM U DRUNK AS HELL

Nobody asked for RE6.

Also: Releasing them in the opposite order that anyone would want them.

Oh, I thought this was a collection of sorts.

Watch them sell an upscaled PS2 port of RE4.

They're probably going to do what they did with REmake and RE0. Release all of these individually and then a retail pack later on with all three. I also think this is why RE4 and RE5 had ports updated on PC. Would make bringing them to PS4 and Xbox One easier. Would also make sense as to why they're coming a bit after RE6.
R

RE4 is one of the hardest working games in the industry. Capcom got their money and back for that game.
B

Yeah! Im fucking pumped to jump into RE 5 again, plus whats another play through of four!? And six, you know what, I never beat it, im totally willing to give it another shot!
M

AAK said:
Please tell me I can buy them separately.
Click to expand...
Seeing as they're all releasing separately, I'm going to assume yes.
E

I guess I'm going to own ANOTHER copy of RE4.
S

In the reverse order of which ones you actually want!!

So they're selling them seperate ? How much ?
F

Sesha said:
Another RE4 remaster lmao. The game that refused to die.
Click to expand...
Why would you kill a vetted classic?
D

Sure give us to them in the worst to best order. Makes sense.
I

I think I'm gonna buy another port of RE4, and i'm gonna love it.
D