Return to Monkey Island, calm down after being insulted by a fan for your art style.

This style does not bother me. I would have preferred the style from the first 2 games. In the end, only the writing matters.

Scotty W said:
This style does not bother me. I would have preferred the style from the first 2 games. In the end, only the writing matters.
Click to expand...

Same, although i don't really like the artstyle i still can enjoy it for what it is.

Next time, Ron should use Dall-e:

BadBurger said:
Fans didn't care for the original look of Bloodstained, so the creator improved it.

Fans balked at the original design of Sonic for the film, so they corrected it.

Just saying, you know. Some people are out to please their fans. Some are like "tHIs is MY VisIOn".

Personally I am undecided. I think overall it's (new art style) definitely worse than just taking almost any of the old styles and simply improving upon them given what modern hardware is capable of. I do think the new art is pretty rough and awkward, but not complete shit.
Click to expand...

Another thing. If it's only coming from a small group, it should be easier to ignore. If it's larger than that, you may want to consider the issues that they have, because they are your audience.

I remember those early run animations for Bloodstained. It's a darn good thing they did put that out there early enough to change it, because they did an even better job, and created a better product as a result.

I'm not sure how much the art style matters, because I doubt this will be a boxed game, advertised on the shelf. Fans of Monkey Island will certainly buy it regardless.

The art does look ridiculously bad though.

The artstyle reminds of that one scene in Grim Fandago that takes place in the Land of the Living. 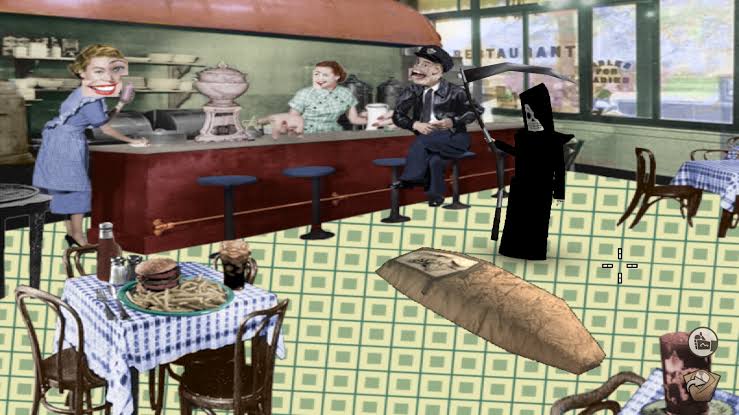 The game is almost out, bitches!
It is is out in like 5 minutes.
S

Krathoon said:
The game is almost out, bitches!
It is is out in like 5 minutes.
Click to expand...

It's another hour, I believe.

ShadowNate said:
It's another hour, I believe.
Click to expand...

Yeah. My informant was wrong.

It is out. The monkey is in the pipe.