Returnal Director On 'Incredibly Challenging' Development: 'We Were Just Learning As We Went' (ign) 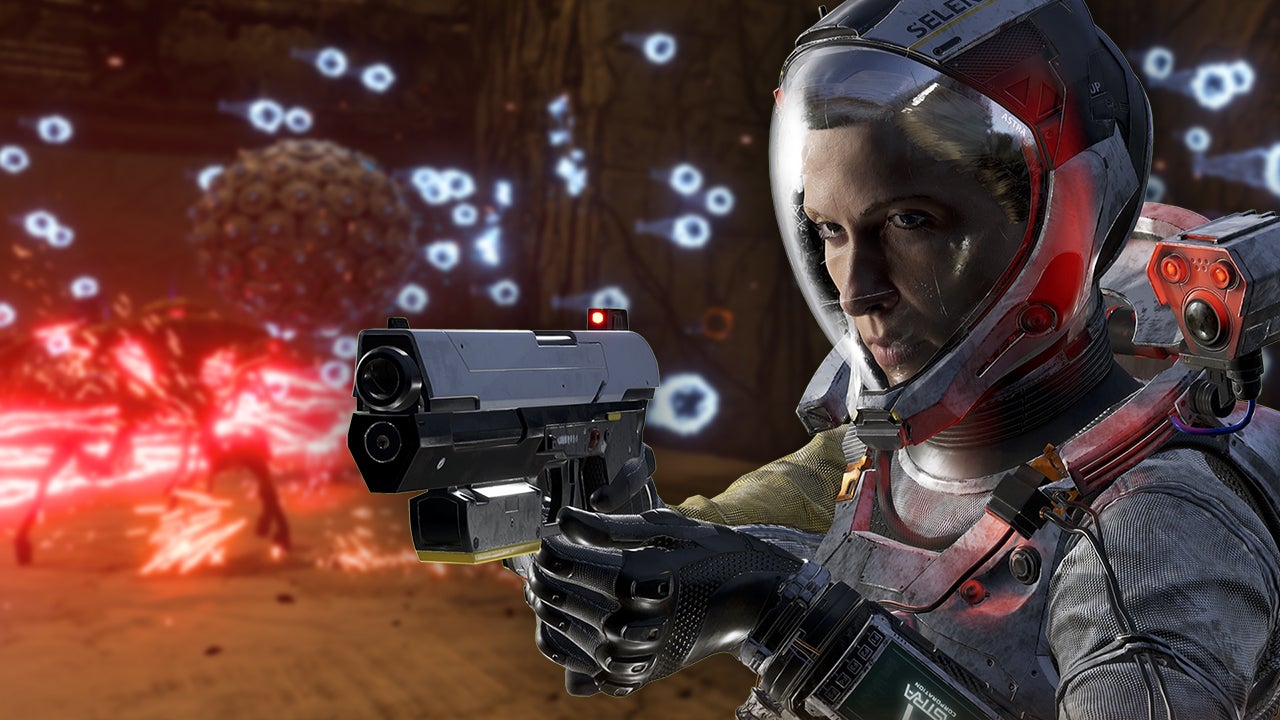 Returnal Director On 'Incredibly Challenging' Development: 'We Were Just Learning As We Went' - IGN

During a talk at GDC 2021, Returnal director Harry Krueger reflected on the PS5 exclusive's challenging development, saying that 'everyone was underestimating the complexity of the project.'

When Returnal released on PS5 last year, it marked Housemarque's emergence as one of Sony's marquee first-party studios. But getting to that point wasn't easy, Returnal director Harry Krueger says, comparing its development to "Sisyphus pushing up the boulder" and saying that it was "incredibly challenging."

At a talk during GDC 2022, Krueger reflected on the challenges and successes of making Returnal, which was by far Housemarque's most ambitious project to date. They included learning how to design a 3D action game and getting to grips with a brand-new engine, all while more than tripling the overall size of the team.

"It was really just adapting all the time, and that was a real challenge as well," Krueger says. "Everyone was underestimating the complexity of the project."

According to Krueger, one of the biggest challenges was shifting to Unreal Engine 4. While Epic's tech afforded Housemarque plenty of new opportunities, it also meant that the studio basically had to learn the tech on the fly — a recurring theme throughout Returnal's development.

Having only developed 2D arcade games to that point — Housemarque is best-known for its work on games like Super Stardust HD and Resogun — Returnal was a "leap of faith" in which Housemarque had to "build our wings while falling."

"It's not an exaggeration to say that for half of the game's development time it was unplayable," Krueger says. "We were learning how to use the engine, we were breaking things, creating dependencies that we didn't understand [...] we were just learning as we went."

Housemarque's experience was in some ways a throwback to the days of the Nintendo 64 and PlayStation, when developers were still learning the basics of making 3D games. In the course of making Returnal, Housemarque had to learn how to adapt its "bullet ballet style" to 3D space while developing enemies who were interesting to fighting.

The simple act of aiming proved to be an enormous challenge for Housemarque, and even Krueger admits that the studio was only "mostly successful" in that area.

"We were trying to make a 3D game feel as simple as a 2D game, and that was never going to happen," Krueger says. "I think that's why the game feels very hard for players, because trying to shoot and do anything else at the same time is incredibly demanding. And that's why you end falling off ledges and getting killed by cheapshots because you spent all of your time trying to shoot enemies."

Ultimately, the cost of missing in Returnal was too high, Krueger says. In hindsight he feels that the aim assist could have been stronger.

"We punched way above our weight"​

One element that Krueger didn't touch on much was the lack of an in-game save, which was a hot topic when Returnal was first released. Housemarque promised to look into the issue, but admitted that it wasn't easy due to the game's intricate systems. Housemarque finally added a suspend cycle option in Returnal's 2.0 update back in October.

In-game saves weren't the only missing feature in Returnal. Krueger admits that Housemarque wanted to include a photo mode and multiplayer at launch, but ultimately had to push them to DLC. Both features were later released as free updates.

Despite these challenges, which included a changing culture and rapidly accumulating debt, Returnal was a success. Krueger says the team was ultimately able to come together and "punch way above their weight," and also says that working with Sony on the project "went really smoothly."

Released last year, Returnal won praise for its haunting atmosphere and its unforgiving action, replete with bullet patterns and other arcade staples. It sold a little more than 500,000 copies by April 2021 while garnering several awards nominations, including a nomination for IGN's Best Action Game of 2021. Sony would go on acquire Housemarque shortly after Returnal's release.

Housemarque recently released a free expansion for Returnal appropriately called Tower of Sisyphus, which adds a new endless mode as well as a co-op option. You can check out our review of the full game here, as well as the rest of the best games on PlayStation 5.
You must log in or register to reply here.